Choices, choices. The purpose of this article is to provide the reader with an overview and comparison of two particular brands or specific drinks, the variations, prices, sizes, ingredients, etc. We look at Aperol vs Campari.

Those who enjoy a sip or two of a drink before their meal will know there is an abundance of options available. With so many choices, it can be hard to choose just one option. We have decided to bring some light to this dilemma and compare two popular Italian-made bitters.

We are putting Aperol and Campari against each other to determine their similarities as well as what differentiates them from one another. With both being popular apéritifs, we are going to get into the nitty-gritty to help you decide which is the better choice for you.

At a first glance, Aperol and Campari appear to be very similar drinks. Both products are Italian, and both are apéritif drinks. But which drink would suit your taste preference better, Aperol or Campari?

Aperol was established in 1919 and, interestingly, is now owned and produced by the Campari Group. This drink is a bitters that are specifically used as an apéritif, which is a drink made to be enjoyed before a meal.

Campari, on the other hand, was first introduced back in 1860. This alcoholic beverage is also known to be a bitters and is also an apéritif. 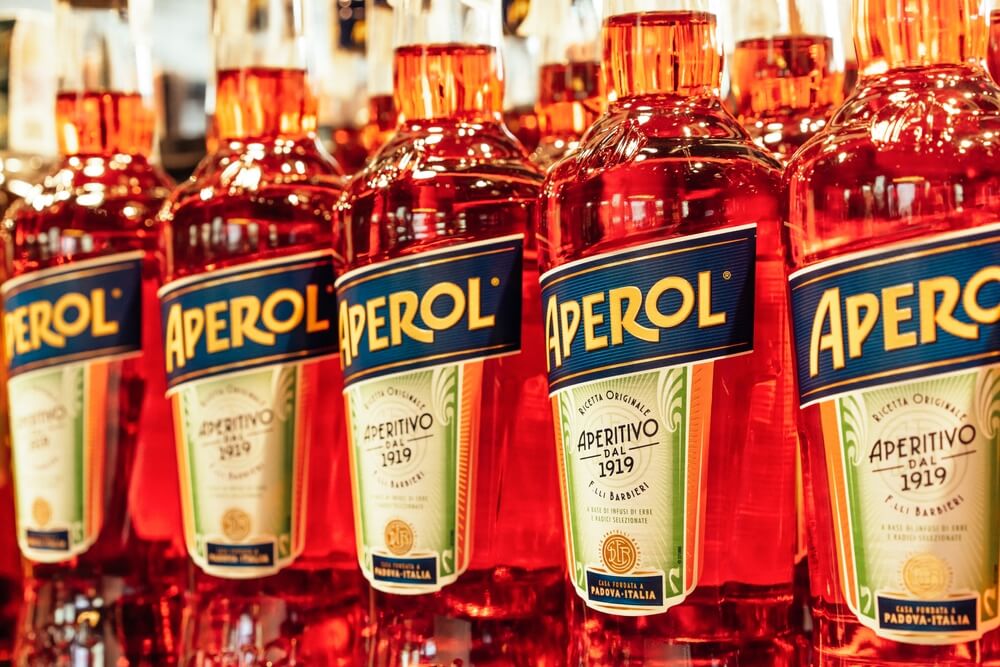 There are two main differences between Aperol and Campari. The first difference is that Campari has a much darker color than Aperol. The second is that Aperol has a less bitter taste than Campari. 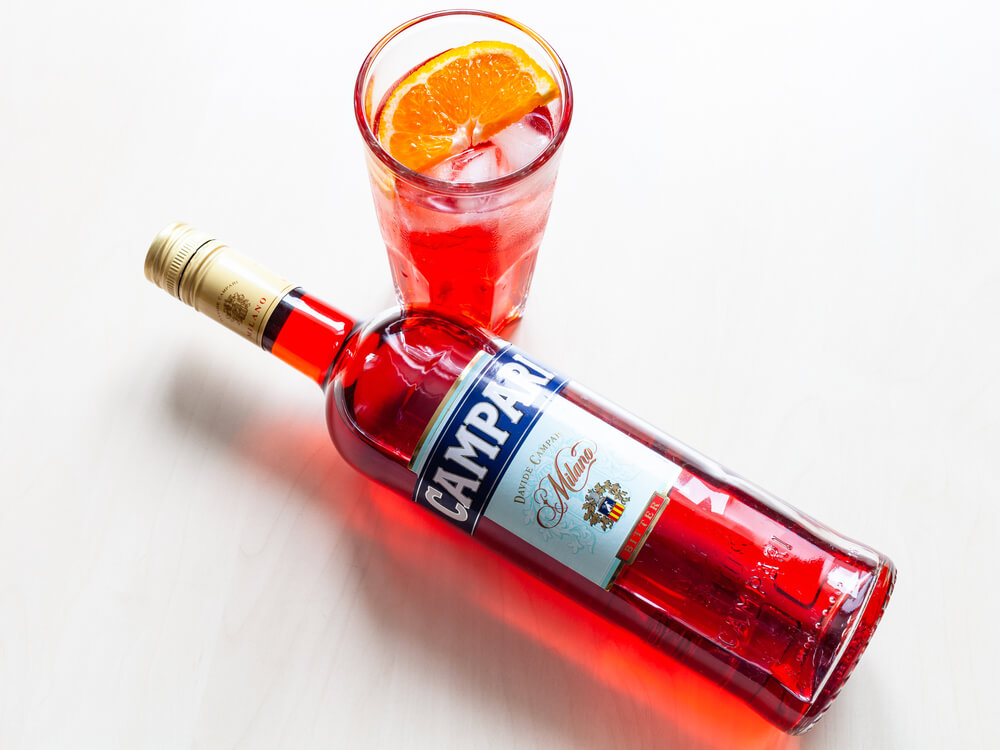 How Are Aperol and Campari Made?

Although we do not know exactly what ingredients are used to create Campari, more is known about the actual process of creation.

The first step in creating this bitters is to soak all of the dry ingredients in water for two days. Then, alcohol and more water are mixed in. Following this, the brew is steeped for fifteen days in large vats.

At the end of the fifteen days, the color of the brew is brown, and it has an undrinkable bitter taste. The next step is to drain the liquid into blending tanks. The remaining macerated dregs are then pressed to release any of their remaining juice and flavors.

The soggy remains are then boiled in order to distill more alcohol. After this, the dye used to give the drink its iconic color is added along with the sweetening syrup.

The exact process of how Aperol is made is not known. What is understood about the creation of this drink, however, is that the ingredients are infused with water and alcohol much like Campari.

What Are Aperol and Campari Made of?

Aperol is made from gentian, cinchona, rhubarb, as well as oranges, and a combination of herbs and other roots. The exact recipe used to create Aperol is a secret and therefore some other ingredients may be used in the creation of this drink.

Campari is created by infusing fruits and herbs in water and alcohol. The exact ingredients used to make this drink are unknown, however. One important ingredient that used to be used in the creation of this drink was the carmine dye.

This dye was used to give this drink its distinctive color and was made from cochineal insects that had been crushed. The use of this dye to color Campari was discontinued back in 2006.

How Are Aperol and Campari Similar?

The biggest similarity between Campari and Aperol is that both drinks are Italian apéritif bitters. Both brands are also owned and produced by the Campari Group.

Where the taste is concerned, both Aperol and Campari have very similar tastes and characteristics. Both bitters have a dominant flavor of bitter orange.

Aperol has a much lower alcohol percentage than Campari but both bitters have similar smell and flavor hints. Another similarity between these two drinks is that they both have the same sugar content.

Although it is not known for sure, it is likely that both of these drinks are produced using the same process.

As both Aperol and Campari are both owned and produced by the Campari Group, you may think that the drinks would have the same or similar price tags, but that is not the case.

Despite being similar drinks and being owned by the same company, Aperol and Campari are their own, individual brands.

For some, it may be better to start with Aperol due to its lower alcohol percentage and its slightly sweeter taste and then work up to Campari.

How to Drink Aperol and Campari

Aperol can be enjoyed in two ways. The first way to enjoy these bitters is on the rocks. Alternatively, it mixes exceptionally well in several types of cocktails.

Due to its lower alcohol percentage and its slightly softer taste, Aperol is a popular inclusion in lighter cocktails. It can also be enjoyed with vodka, soda, or even some bubbly. 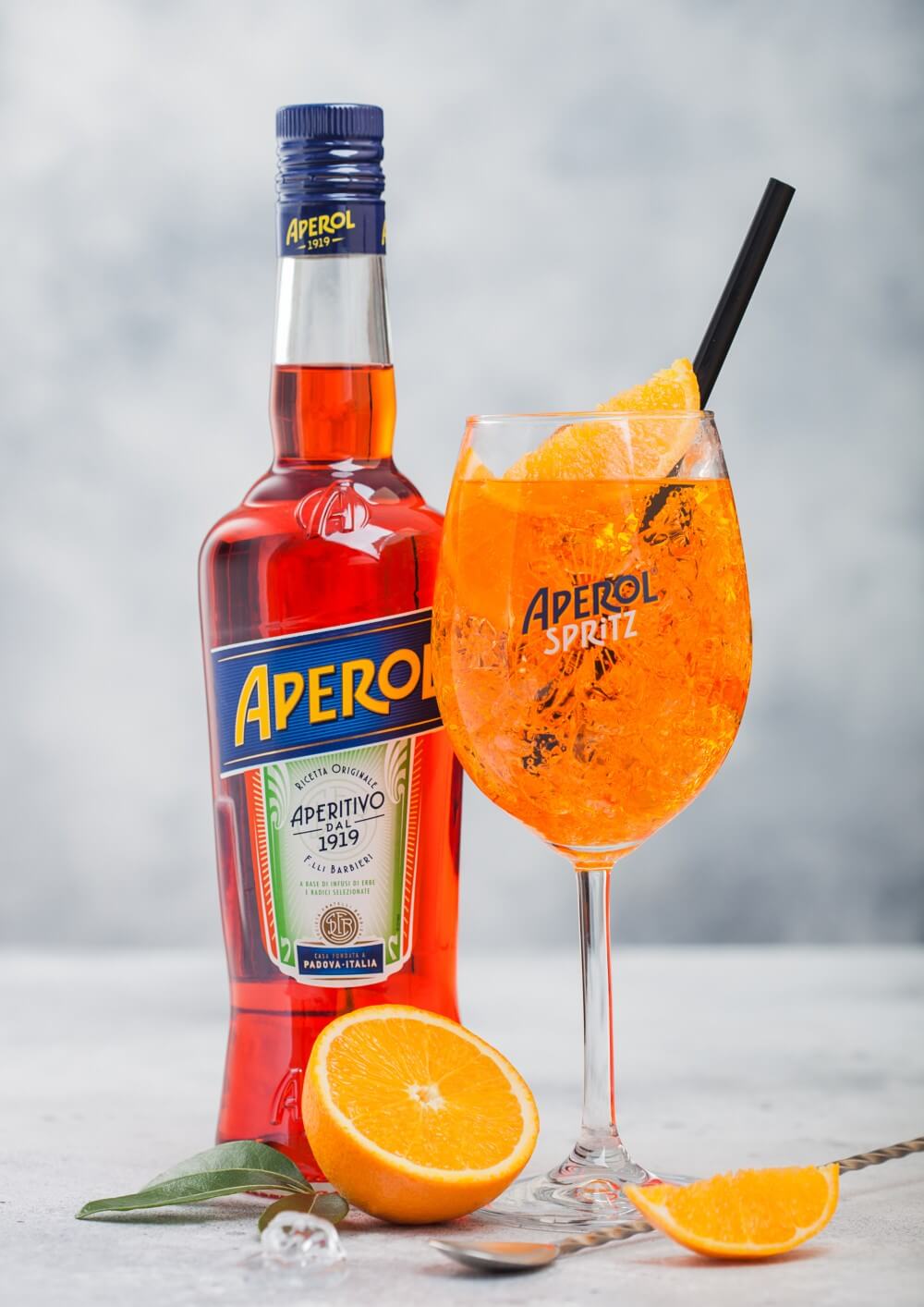 Some cocktails that make use of Aperol include: 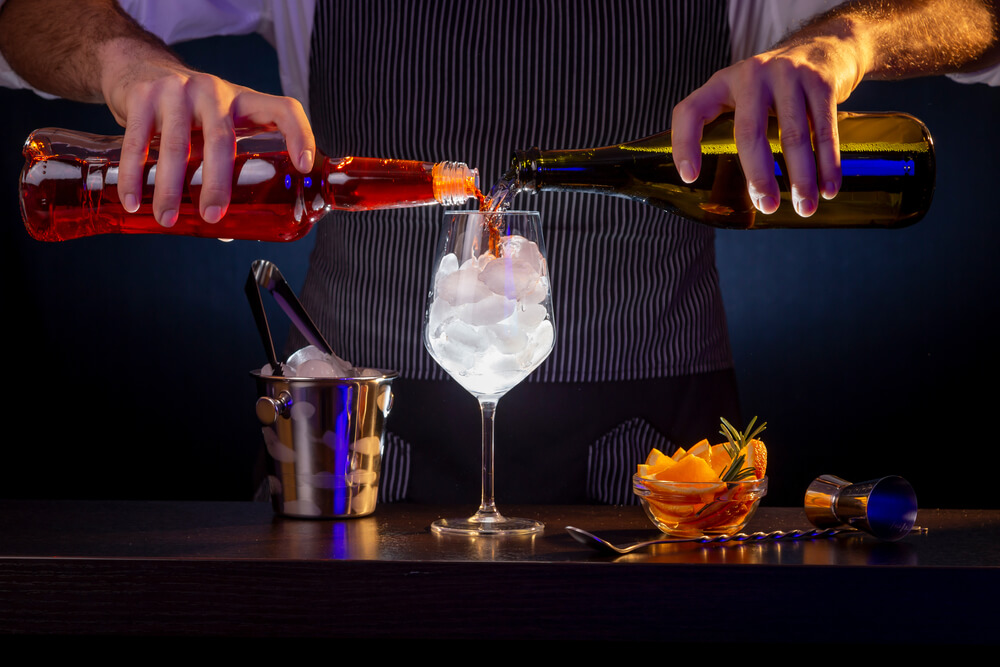 As Campari has been around for a little while longer than Aperol, it is used in a few more cocktail recipes. These bitters can be mixed with some juice or soda.

Campari has a much more bitter flavor than Aperol and is not typically enjoyed on its own. It is a staple in many classic cocktails though. 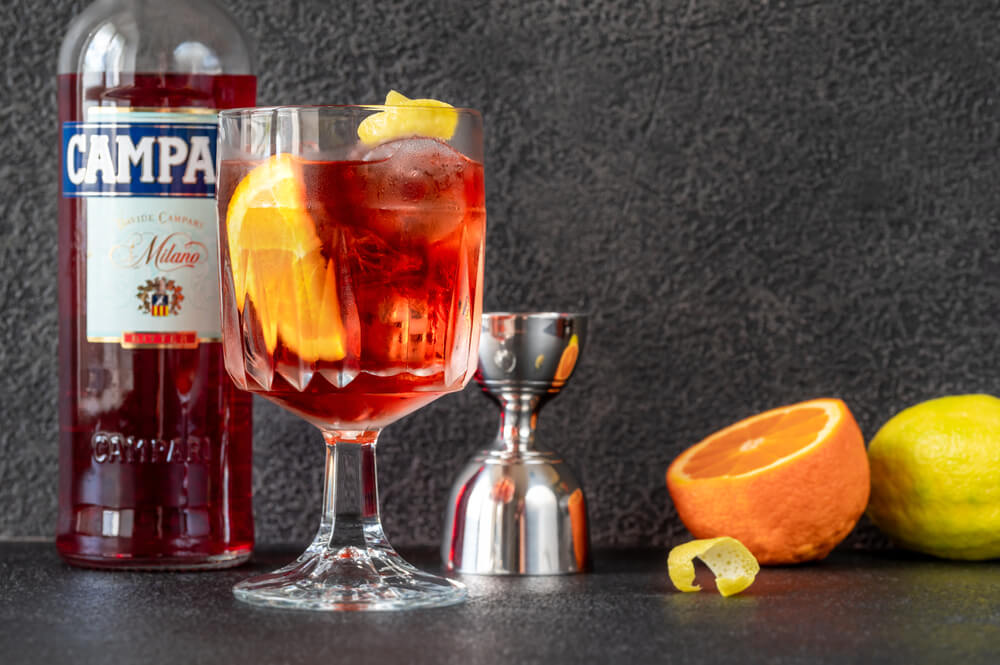 Cocktails that include Campari are: 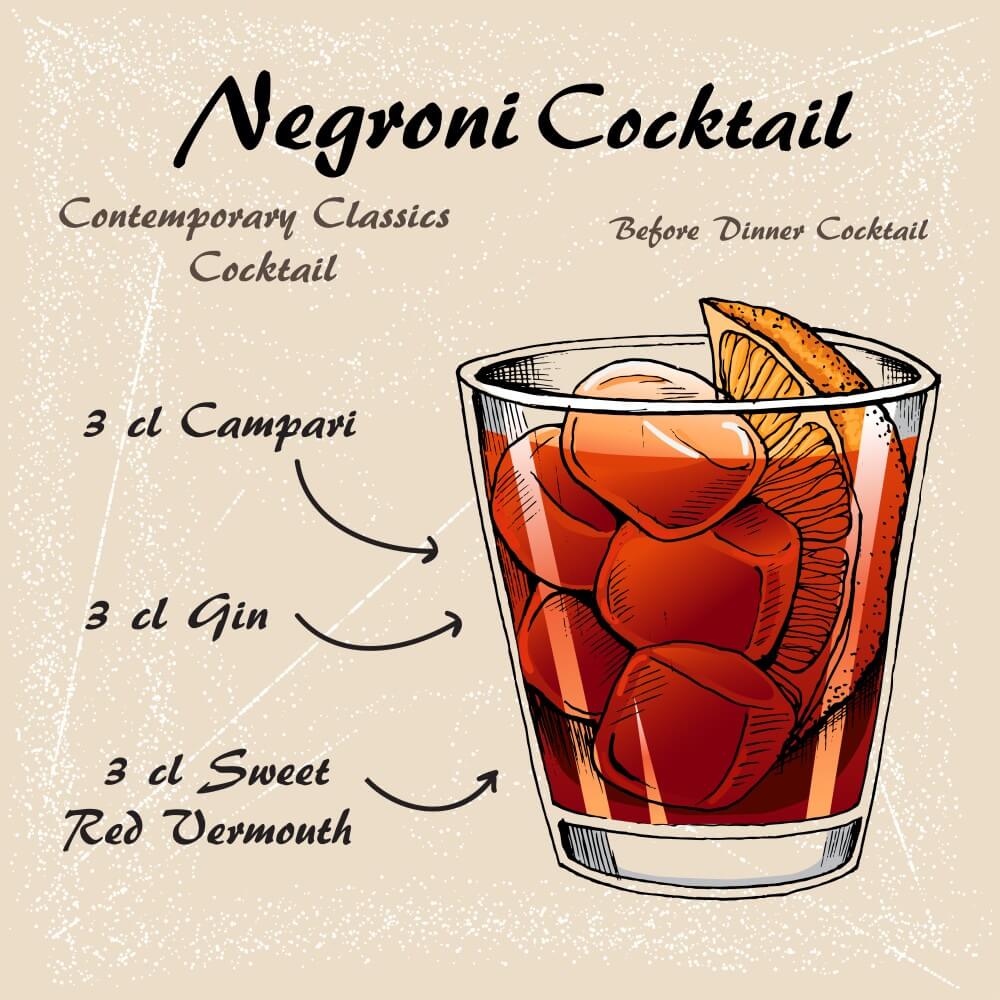 If Aperol is just not for you, there are some alternatives you can try. Contratto Aperitivo is another Italian apéritif that offers flavors of lemon peel and blood orange.

Another alternative you could try is Luxardo Aperitivo. Luxardo is incredibly similar to Aperol and has hints of orange and bittersweet grapefruit.

Alternatives for Campari, funnily, would start with Aperol as it is similar but softer. Another alternative would be Cappelletti Aperitivo. Cappelletti, although similar in appearance, is different from Campari in that it is made with a wine base.

It still has a bitter, sweet, and herby flavor much like Campari. Leopold Bros. Aperitivo is largely considered a domestic alternative to Campari. This drink is not as sweet as Campari and has hints of grapefruit peel as well as other red fruit flavors.

As Campari was founded back in 1860, it has a couple more years on its back than Aperol which was only established in 1919.

Which is the stronger drink?

With an alcohol percentage double what is present in Aperol, Campari is the stronger bitters. It has an ABV of between 25% and 48%, depending on the variety.

Which is the most popular bitters?

While there is no clear winner of which bitters is more popular than the other, it does come down to the consumer’s personal opinion. Campari is thought to be a harder bitters as it has a higher alcohol percentage and a much bitter taste than Aperol. 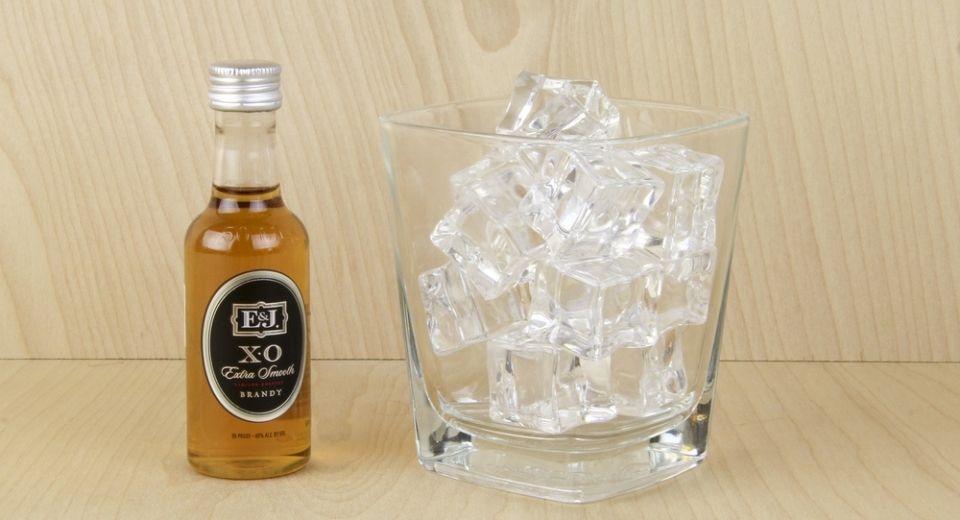 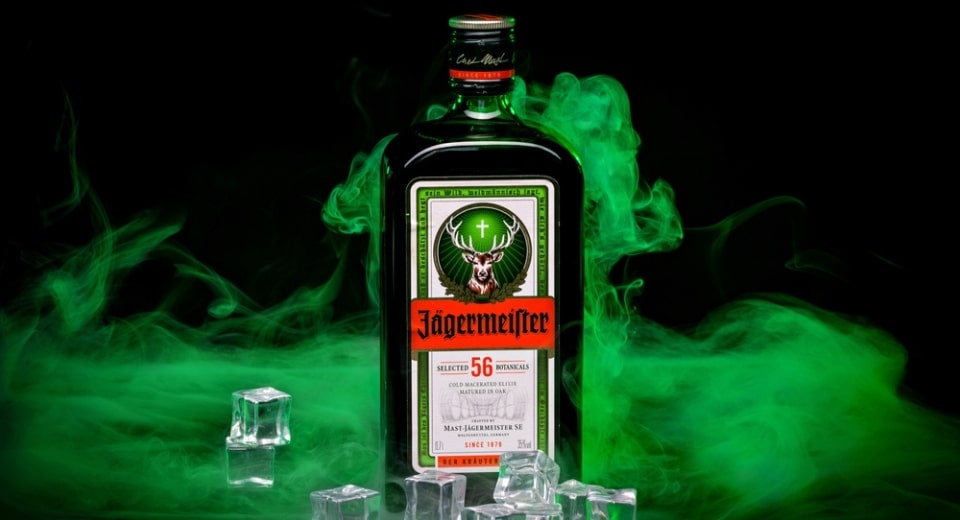 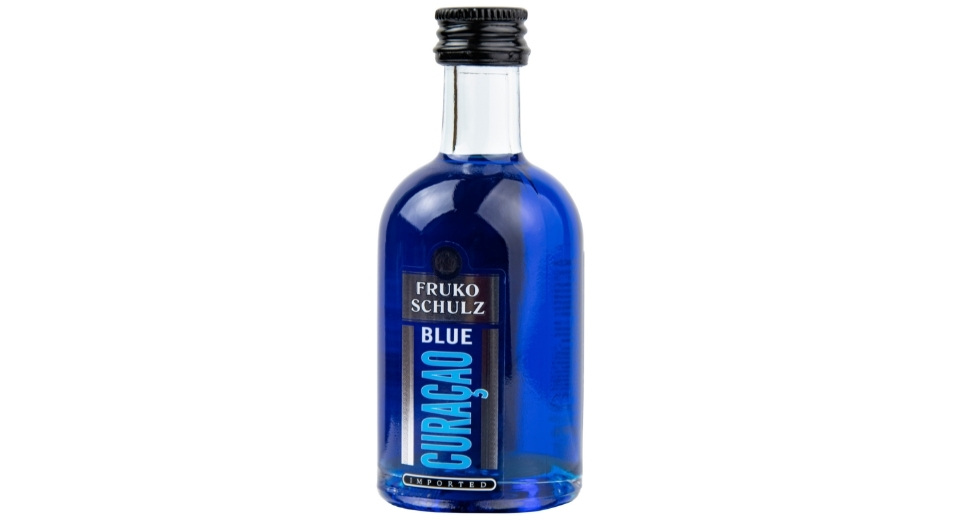 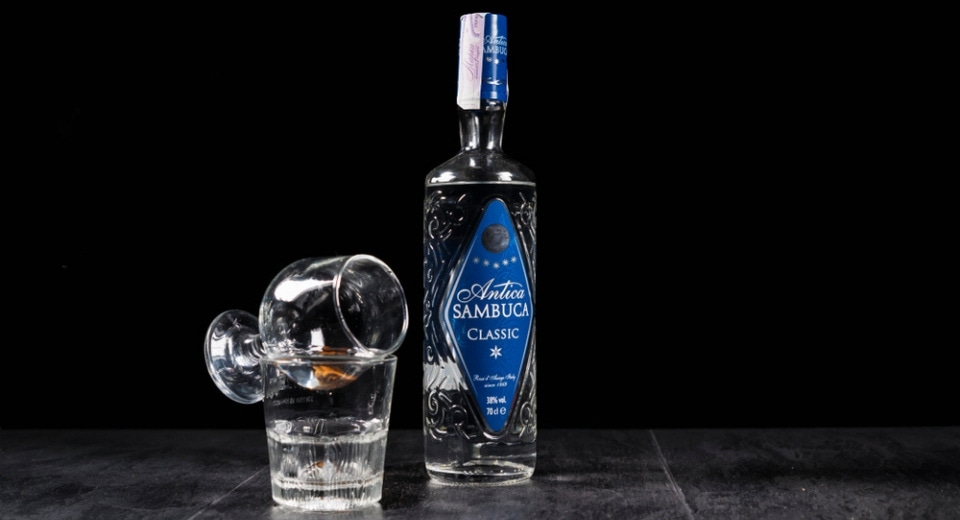 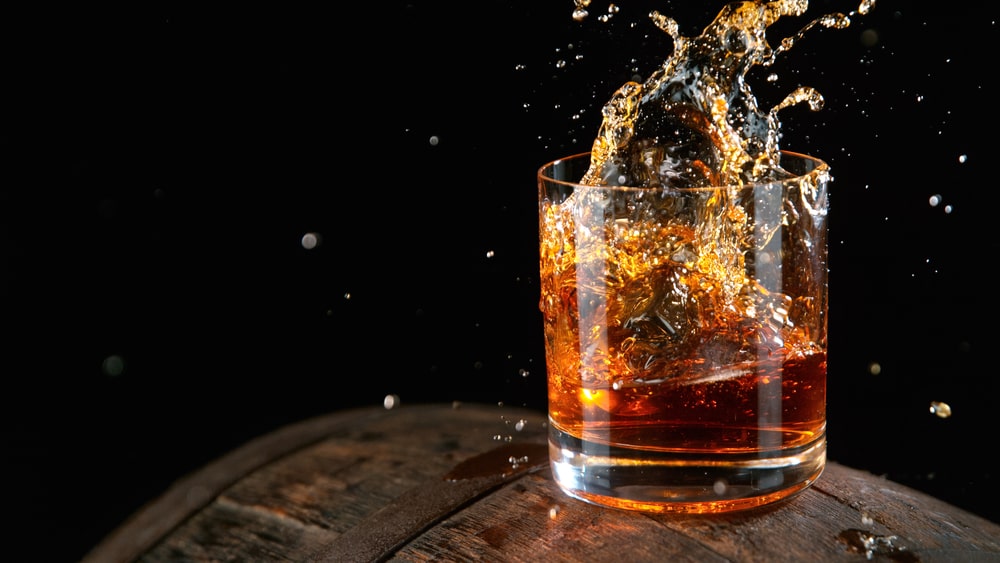 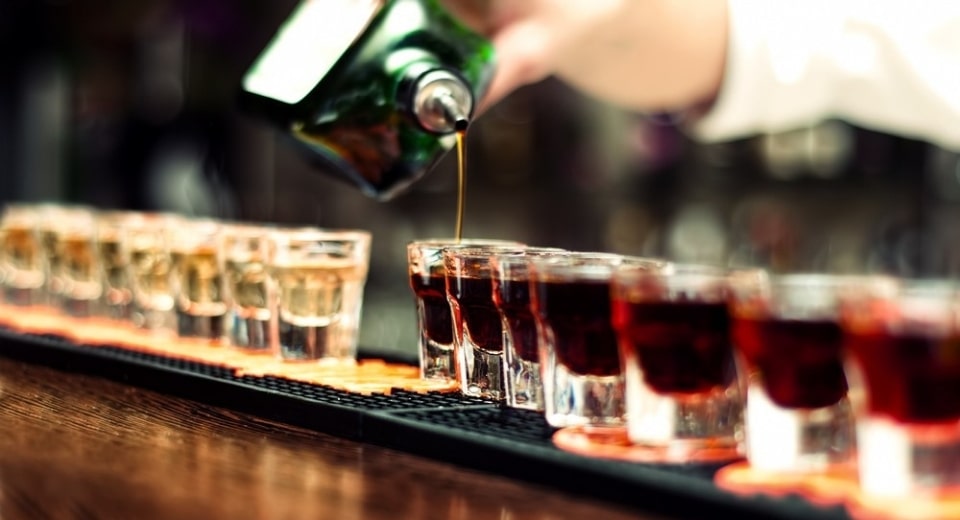