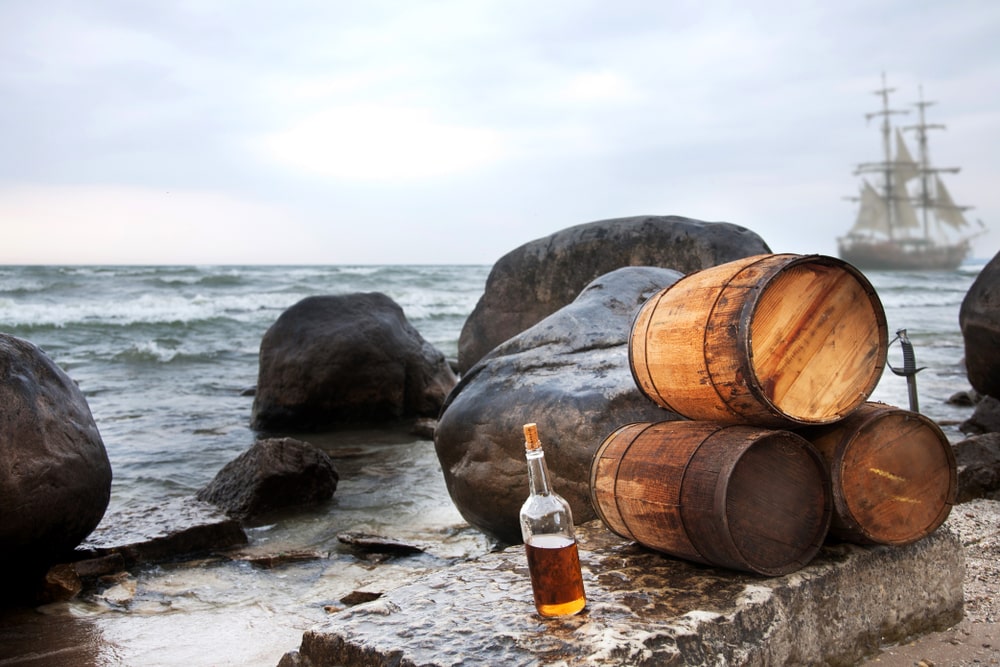 If you were making a Venn diagram with Rum on one side and Vodka on the other there wouldn’t be a lot of overlap. Sure, they’re both popular distilled alcohols but is that possibly all they have in common? It just might be. 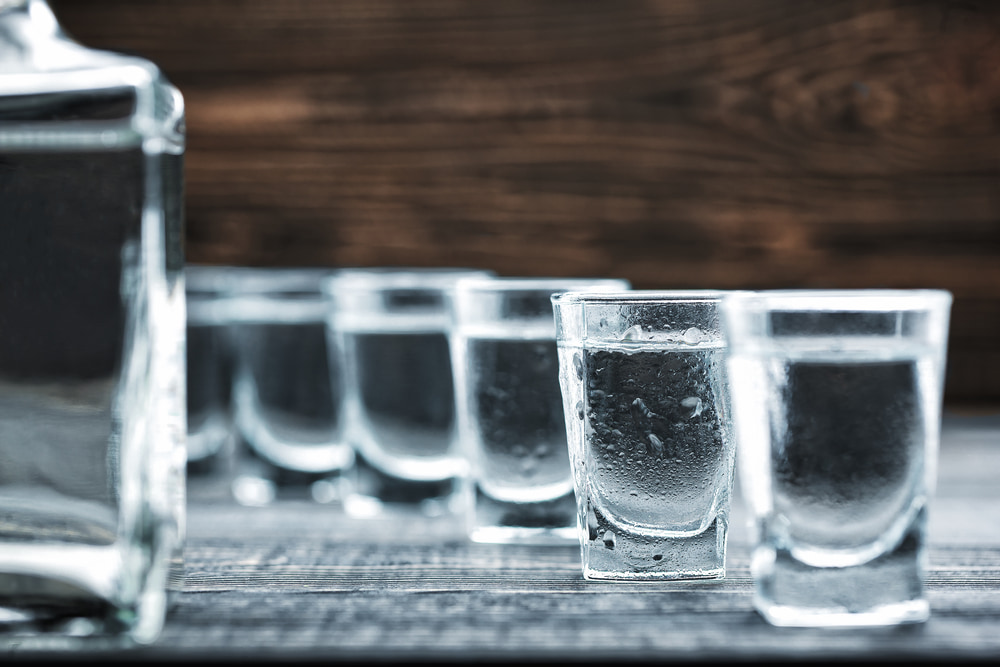 When you picture someone drinking Rum you conjure happy vacationers sipping on tropical drinks with paper umbrellas. When dreaming of Vodka it might also be a picture of people dancing with a Vodka drink in their hand. It also might be a vision of an Eastern European man sitting quietly with a clear liquor beside him. 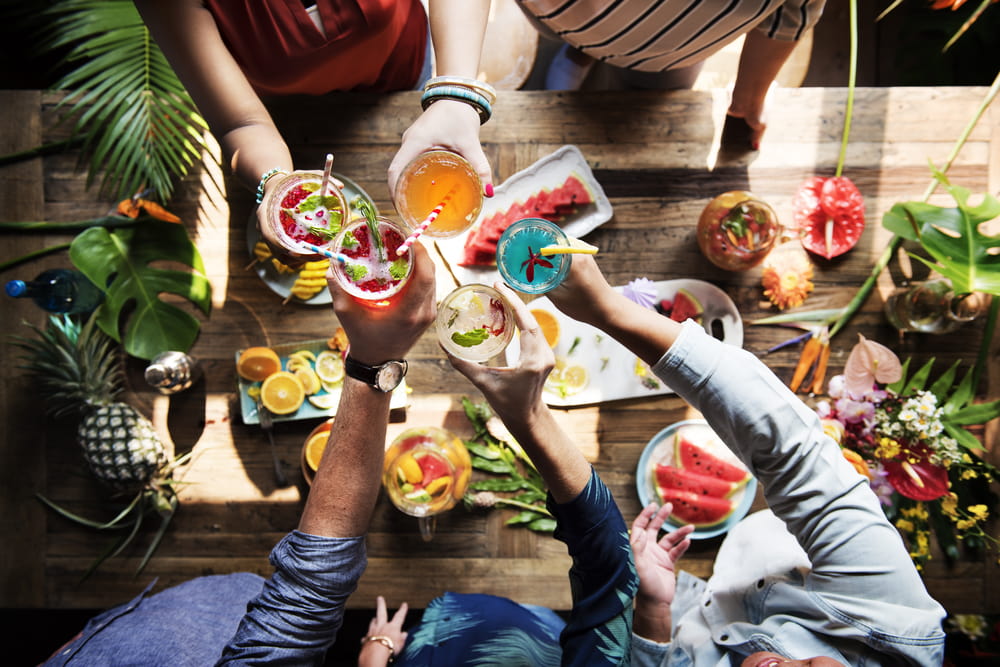 Rum vs Vodka may sound like an unlikely matchup but isn’t that the great thing about going to a bar? Many spirits from all over the world converge in one place all with different tastes and histories.

Rum is a liquor from the Caribbean that can be traced back to the 1600s. Rum is a naturally sweet spirit made from sugarcane and aged in wooden barrels.

Even though all types of Rum start from the simple sugarcane it can go in so many directions. Rum can be clear, dark, or golden in color. Rum can be sweet, spicy, smooth, or any combination. Rum can be consumed straight up or in cocktails.

Even though Rum got its start in Jamacia and other Caribbean Islands Rum can be found just about anywhere now. 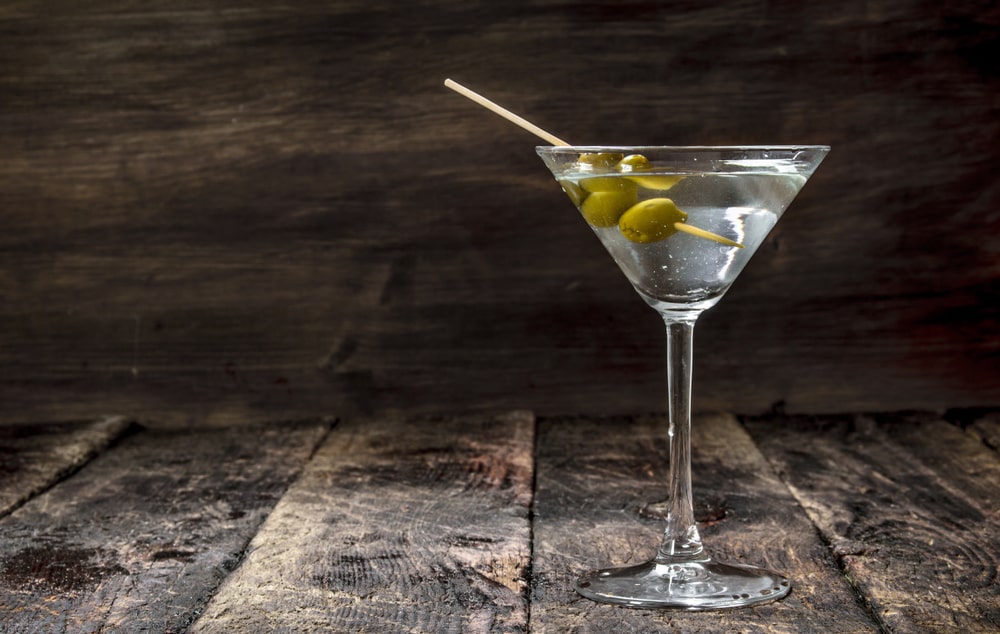 We can’t discuss Vodka vs Rum without also giving Vodka their side of the matchup. The history of Vodka goes back even further than Rum. Some argue that Vodka was around all the way back in the 8th or 9th century.

Your average drinker most likely thinks that Vodka is primarily Russian alcohol made from potatoes. While that’s not incorrect, it’s also not the whole truth. Vodka is made in many countries from many different ingredients.

Vodka is traditionally made in the Vodka Belt which stretches from Norway to Sweden, Poland, Russia, and more. Some vodka is made from potatoes but it is also commonly made from many other grains.

Vodka is almost always a strong clear liquor that can be imbibed neat or in cocktails. Some Vodka has a bold flavor while other types are known for having a neutral taste.

Though very different spirits, Rum and Vodka are both made using the same general process. There are just a few parts of the path where they diverge.

The first step in making Rum is fermenting sugarcane juice or molasses. Once fermented the liquid is distilled to purify and extract the alcohol. After distillation, the Rum is placed into oak barrels to age.

The Rum will age in the barrels for one year up to seven years or more. Once aged properly the Rum is placed into bottles and shipped out for sale.

Vodka is made by fermenting potatoes, fruit, or grains. Fermentation consists of combining the ingredients in hot water and adding yeast.

As the yeast eats the sugars from the grains it produces alcohol. The fermented solution is then distilled before bottling the Vodka.

As you can see the fermentation and distillation steps are very similar between the two different spirits. The most major differences are with the starting ingredients and the aging.

Rum starts off with sugar and Vodka starts with various grains or other items. While Vodka can be aged in barrels and sometimes is, it’s not that common. Rum is always aged in barrels.

Vodka is made from a wide variety of ingredients depending on the Vodka brand. Vodka can be made with beets, potatoes, wheat, corn, rye, rice, and other grains.

Rum is made with sugarcane. That sugarcane can take the form of either molasses or sugarcane juice. Some Rum is Spiced Rum. The spiced Rum variety can contain anything from cinnamon, cloves, nutmeg, cardamom, and more.

Vodka and Rum are both distilled spirits. They are also both high-proof and versatile liquors. They can just as easily be sipped on neat as mixed with soda water or in an elaborate cocktail.

Though they have distinctly different flavors they are both very well-liked. Which one you choose really comes down to taste preference at the exact moment you reach for a drink. 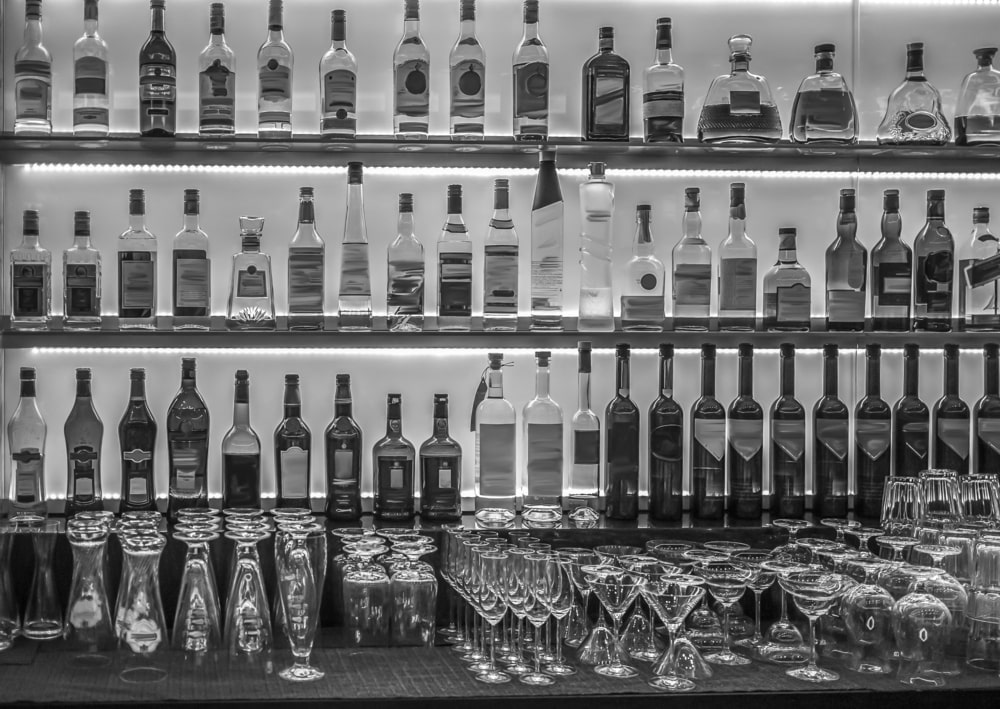 Both Rum and Vodka come in many strengths, sizes, and prices. Both come in single-serve bottles like you’d see on an airplane up to large bottles 1.75 L or larger.

Vodka is clear unless there is some flavoring that changes the liquid from being transparent. Rum on the other hand can run the range from clear, golden, brown, and black.

Both types of alcohol have a price scale from very inexpensive to astronomical. For under $15 you can score a 750 ml bottle of Smirnoff Vodka, Pinnacle Vodka, Captain Morgan Spiced Rum, and Bacardi Superior White Rum.

For $30-$40, there are many available fine options. Typically price will go up based on the quality of ingredients, rarity, and time aged in the case of Rum.

Flavored Rum and Vodka tend to be lower in percentage due to the addition of other flavors. These are more in the 60 Proof to 75 Proof range.

As mentioned, both of these liquors can be enjoyed straight up, mixed with soda or water, or as the base of a complex cocktail.

The most popular Rum cocktails today are the Daiquiri, Mojito, Hurricane, Mai Tai, and Dark and Stormy. Rum really shines when mixed with a variety of fruit juices. 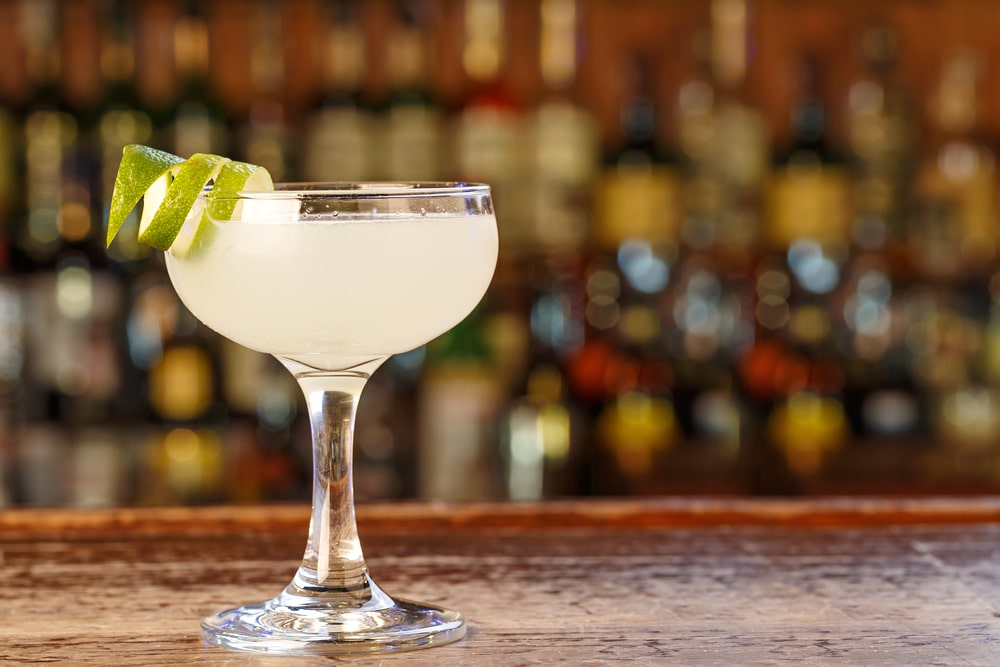 There are a few variations on this classic cocktail but here is a great recipe.

Add the liquid ingredients to an ice-filled cocktail shaker. Shake until chilled, strain into a coupe glass, and garnish with the lime twist.

A Vodka Soda or Vodka Tonic are two simple but very popular ways to drink Vodka. A few other outstanding Vodka cocktails to mention are the Screwdriver, White Russian, Martini, Moscow Mule, and Bloody Mary. 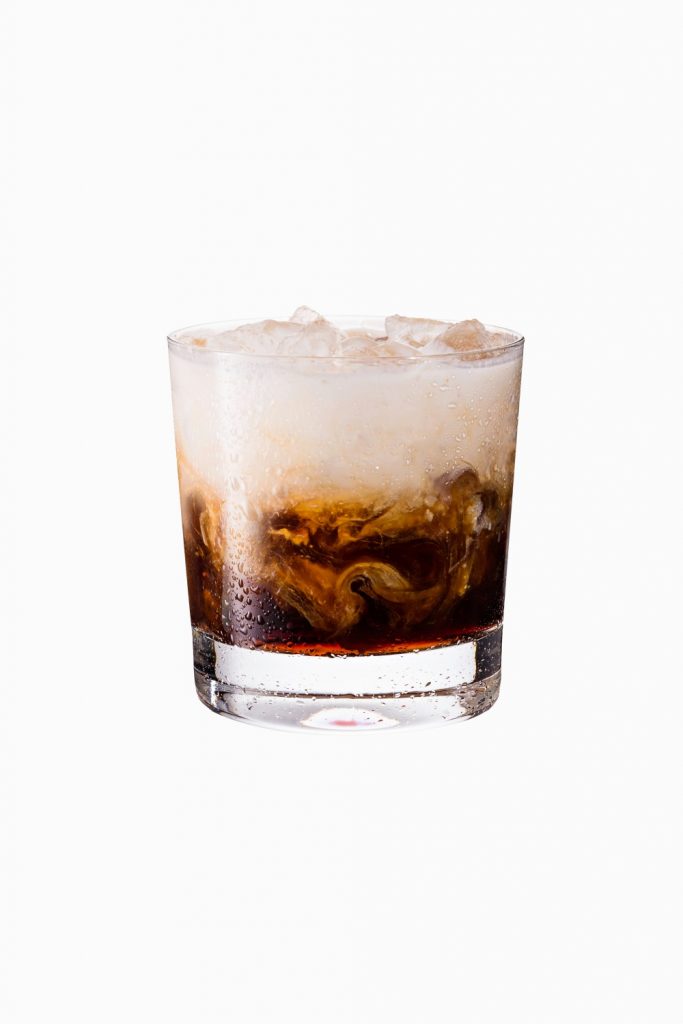 Maybe not the most classic cocktail but one that shows the wild versatility of Vodka.

Add Kahlúa and Vodka to a rocks glass filled with ice. Top with heavy cream, stir and serve.

While these spirits are both very distinct they do have some alternatives. When looking for a Rum replacement you will want a strong liquor that also has a natural sweetness.

Two smooth clear alcohols that can be substituted for Vodka are Gin and Tequila. Gin tends to have a more pronounced botanical flavor than Vodka but both are commonly used to make Martinis.

Tequila is not always clear but silver Tequila is the most common. Tequila is another lighter option when it comes to making drinks mixed with soda water or tonic.

Both of these spirits have been around for a long time. Historically Vodka has been around longer than Rum but when we’re talking hundreds and hundreds of years there’s not much difference anymore.

Rum and Vodka are both very popular and can be found everywhere around the world. In terms of consumption, Vodka takes the title. A Vodka soda has the perception of being a lower calorie option which has helped its popularity.

Vodka’s “neutral” flavor also makes it easier to incorporate into more drinks. Rum’s strong flavor helps in many drinks but it is also hard to hide due to its robustness.

Both Rum and Vodka are equally strong. The standard is 80 Proof with some varieties down to 60 Proof and some at the top at 160 Proof. 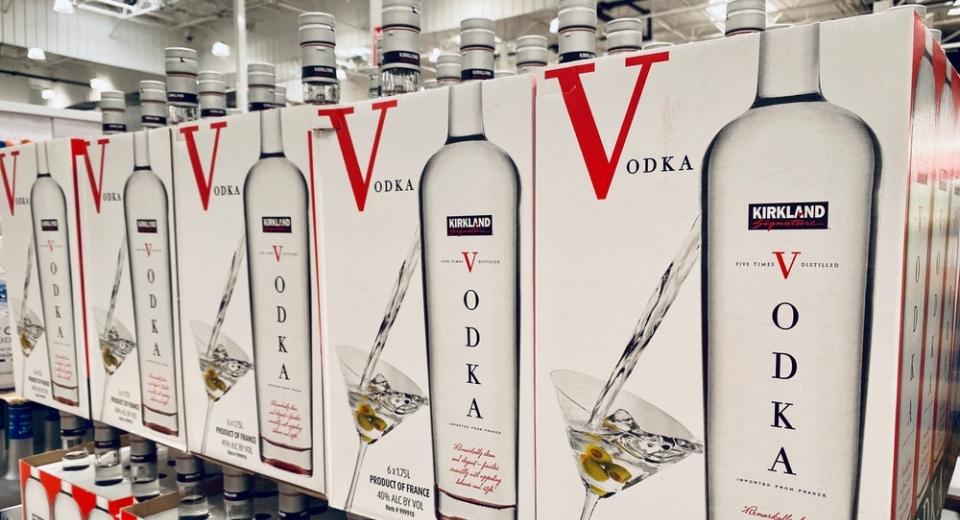