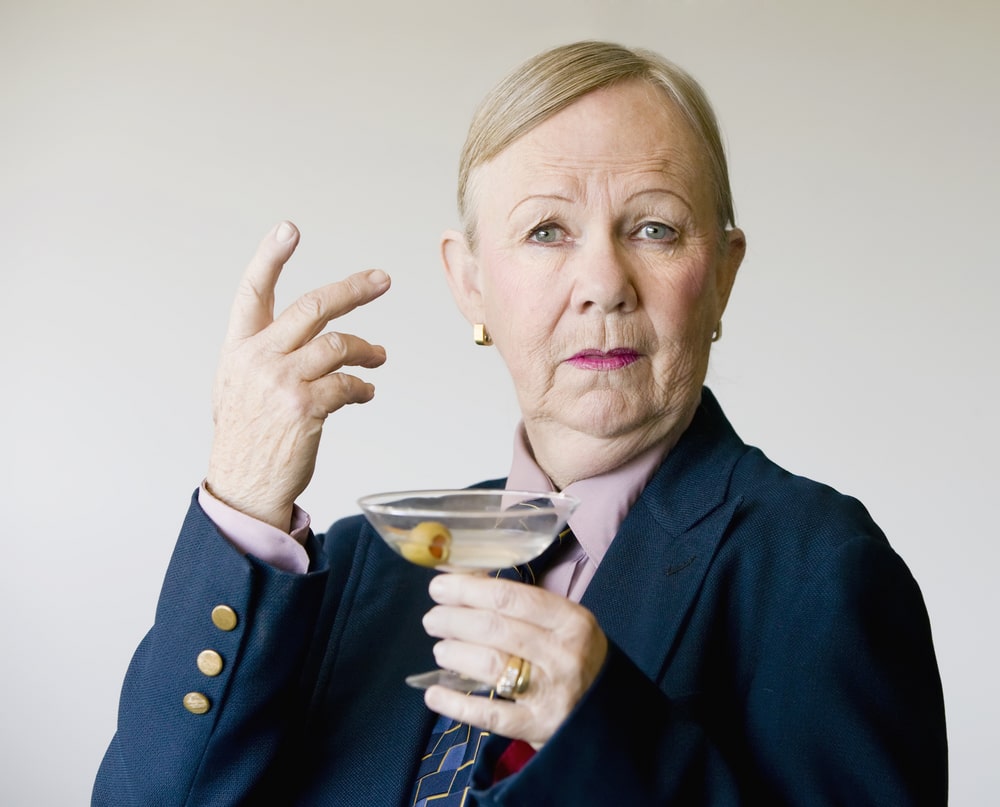 “Clear alcohols are for rich women on diets.” The fictional character Ron Swanson uttered this phrase on the hit NBC show Parks and Recreation.

Ron Swanson was a libertarian from Indiana that mostly stuck to Scotch Whisky. It’s certain that plenty of rich women on diets enjoy a vodka soda now and then but vodka should not be pigeonholed.

Vodka is extremely versatile alcohol that has been around for centuries. Why are you taking your beverage recommendations from a mustachioed midwesterner anyway? Especially on the topic of vodka which is native to Russia, Poland, and Sweden.

Vodka is one of the six major types of distilled spirits joining brandy, gin, rum, tequila, and whiskey.

A Brief History of Smirnoff Vodka 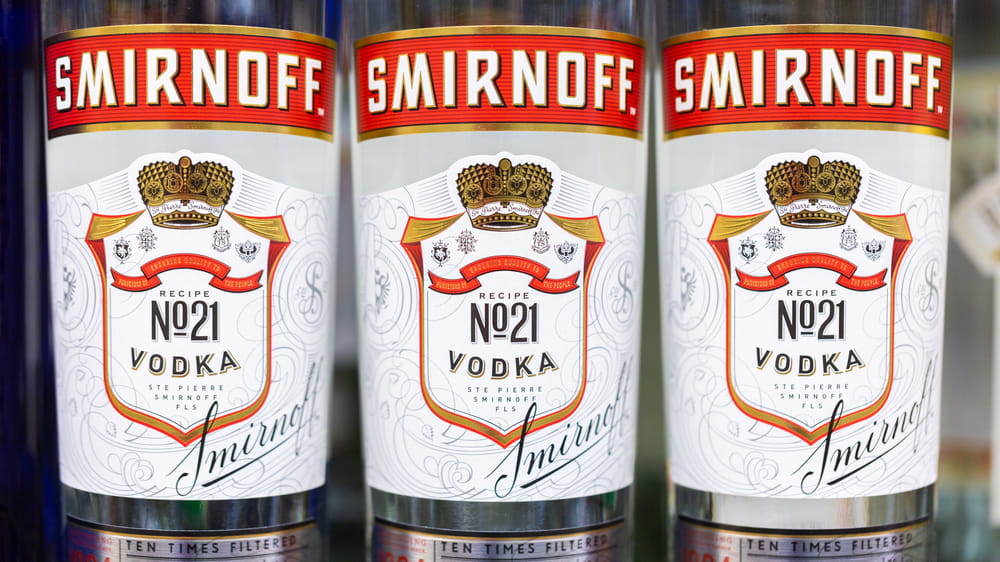 Smirnoff vodka was first created in Moscow, Russia in 1864 by Pyotr Arsenievich Smirnov.

While vodka was around for years before him Pyotr was a trailblazer in the field of distilled vodka. He used charcoal filtration in ways no one had before including putting the liquid through the filtration process five times.

The combination of high-quality vodka and the use of newspaper advertising allowed Smirnoff vodka to prosper. By this time Pyotr’s son Vladimir Smirnov has taken the reigns of the company. Things were going great. That is until Russia enacted prohibition in 1914 which shuttered Smirnoff.

The Bolshevik Revolution forced Vladimir to flee Russia and eventually settle in Poland. Smirnoff was able to start production in Poland and France but had trouble reaching the popularity they had enjoyed in pre-revolution Russia. From there the business would trade hands many times.

Vodka is a clear distilled spirit that has its origins in Russia, Poland, Finland, and Sweden. While there can be some deviations vodka production consists of eight steps: combine ingredients, ferment, strain, distill, collect & sort, filter, dilute, and bottle. Definitely more complicated than making Kool-Aid.

The ingredients you start with are a mix of grains that are heated into a mash before being fermented for a week or two to produce the alcohol. The liquid is then strained from the grains and distilled multiple times to purify.

The filtering process is where Smirnoff really sets their vodka apart from the pack by triple charcoal filtering before diluting and bottling. The triple distillation is said to add to the smoothness of vodka. 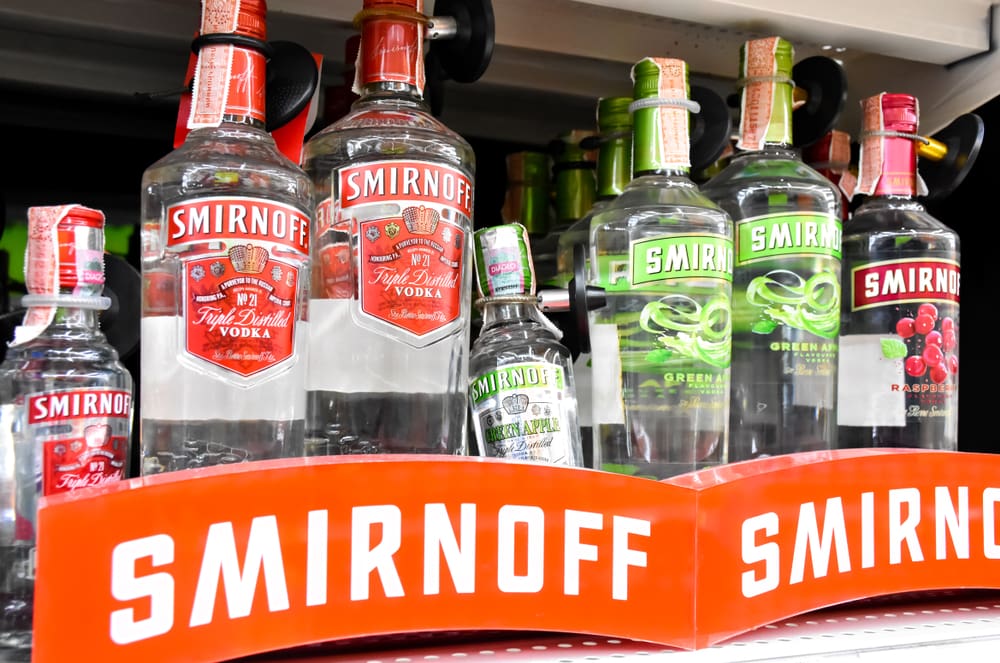 Smirnoff produces large amounts of all their libations which makes them affordable. The price will go up as the size and alcohol percentage increase. Even though vodka can be kept for a long time it is not considered to be a spirit that gains quality by aging.

Smirnoff No. 21 Vodka, 80 proof – 40 percent alcohol by volume, is the flagship Smirnoff vodka. The most popular, best selling, and most widely available.

Smirnoff 90 Proof Vodka, 45 percent alcohol by volume, as the name implies is higher octane than the No. 21. This vodka was formulated specifically to be used in martinis.

Smirnoff 100 Proof Vodka, 50 percent alcohol by volume, is the most potent vodka Smirnoff offers. Still smooth despite the alcohol percentage. Not for the casual drinker.

Smirnoff has a very long list of vodkas infused with fruit, spices, and just about any dessert flavor you can think of.

Smirnoff Zero Sugar Infusions, 30 percent alcohol by volume, are similar to the flavored vodkas above but are made with zero sugar added.

Smirnoff Pink Lemonade clocks in at 30 percent alcohol by volume and is flavored with lemon, strawberry, and raspberry flavors. 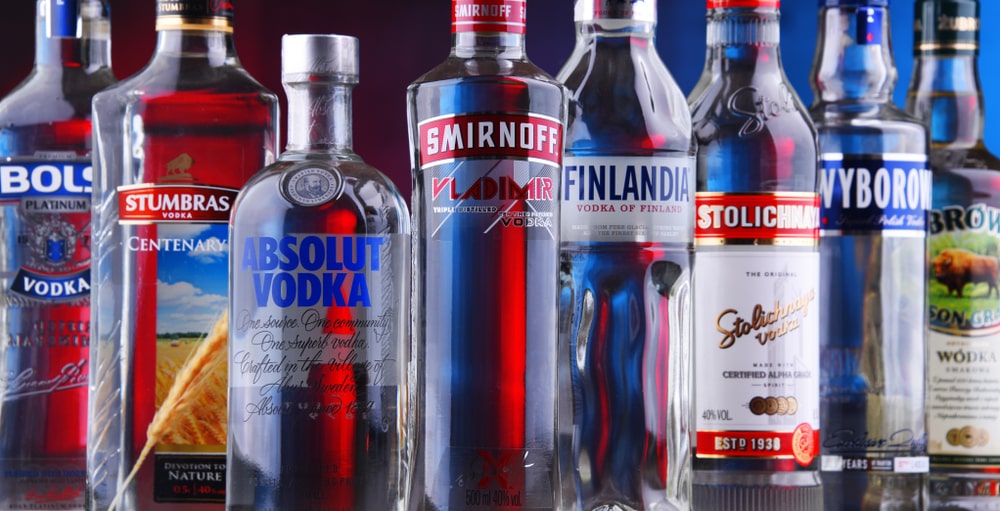 If you’re looking to find an affordable, available, versatile vodka brand that stacks up to Smirnoff you have a few good options.

If you wanted to stay in Russia for your vodka you might turn to Stolichnaya vodka – also known as Stoli. Stoli is slightly higher in price but ticks all the other boxes. It’s widely available, high quality, and has some flavored varietals.

The vodka at the closest price point to Smirnoff would be Pinnacle vodka. This is a newer vodka brand based in France that is bottled by Beam Suntory who also owns Jim Beam. While they have their standard unflavored vodka they are best known for their many flavored varieties including Chocolate Whipped, Kiwi Strawberry, Grape, Habanero, and many others.

Some other popular brands at a slightly higher price point than Smirnoff are Absolut Vodka, Tito’s Handmade Vodka, Skyy, and Svedka. All great options.

If you just won the lottery or received a large inheritance you may also be interested in Billionaire Vodka. This vodka known as the most expensive vodka in the world is filtered with diamonds and is going for 3.7 million dollars.

How to Drink Smirnoff Vodka 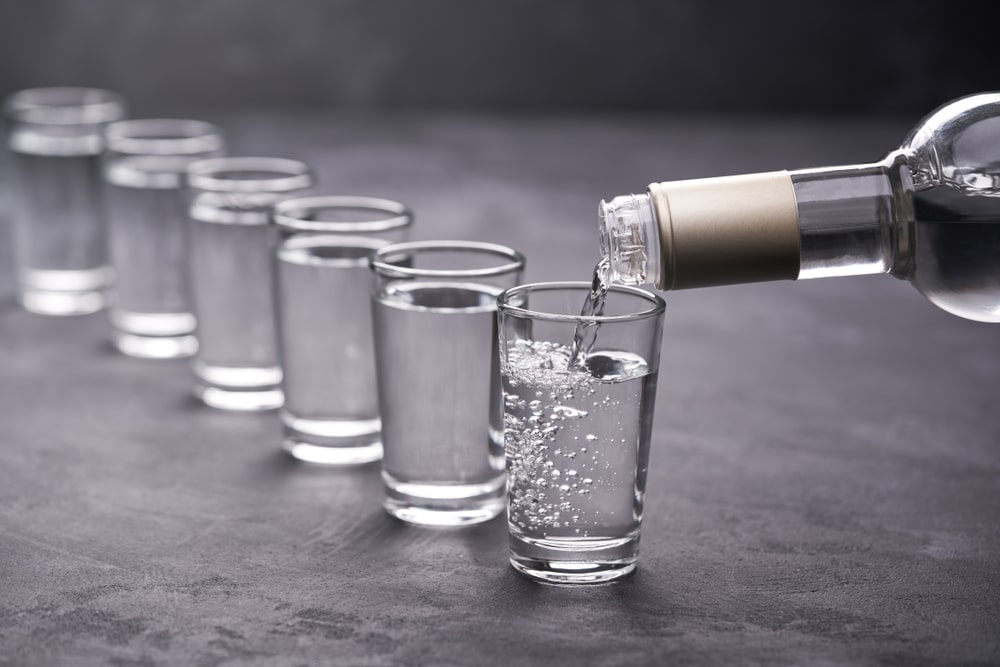 Is there a wrong way to drink the highly adaptable Smirnoff vodka? With all the varieties and flavors it would be hard to do.

Smirnoff vodka can be consumed straight in a shot, neat, mixed with soda water, or in a fancy elaborate cocktail. Vodka is best imbibed cold although room temperature while drinking neat is also acceptable.

Vodka can be stored in the freezer without fear of freezing due to the alcohol content. There are some camps that believe keeping vodka in the freezer tones down the flavor.

If you want to stay out of controversy in vodka circles store your Smirnoff at room temperature and chill when ready to serve.

What are some good vodka cocktails? 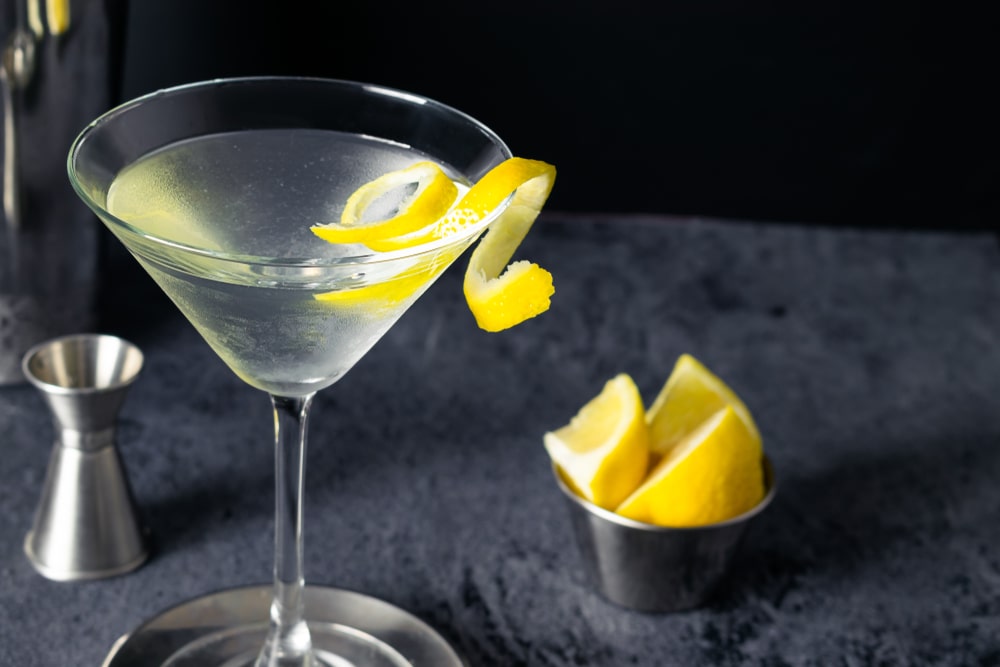 Add liquid ingredients to an ice-filled shaker. Shake well, strain into a chilled martini glass, and garnish with the lemon twist.

Combine the vodka, ginger beer, and juice of two lime wedges in a copper mule mug full of ice. Stir and garnish with the remaining lime wedge before serving.

Add the vodka and coffee liqueur to a rocks glass filled with ice. Add heavy cream, stir, and serve. The dude abides.

Is Smirnoff vodka made from potatoes?

Does Smirnoff make anything besides vodka?

They certainly do. Smirnoff has not sat around quietly basking in the success of their standard vodka. They have also evolved to produce a line of malt beverages and hard seltzers.

Smirnoff Ice the malted beverage was released in 1999 and Smirnoff Spiked Sparkling Seltzers came out in 2016.

Yes. With the exception of the Smirnoff Ice line of malted beverages, all other Smirnoff vodka products are gluten free.

In general, all vodka is gluten-free as the distillation process removes any gluten that may have been present. Since Smirnoff vodka is corn-based the original ingredients were ok to begin with.

Will vodka give me a hangover?

While there is never a guarantee of no hangover when having a night out drinking you have a better chance of no hangover with vodka. If you drink it straight that is. Vodka on its own is very pure but once you start adding sugary mixtures your chances for a rough morning go up. 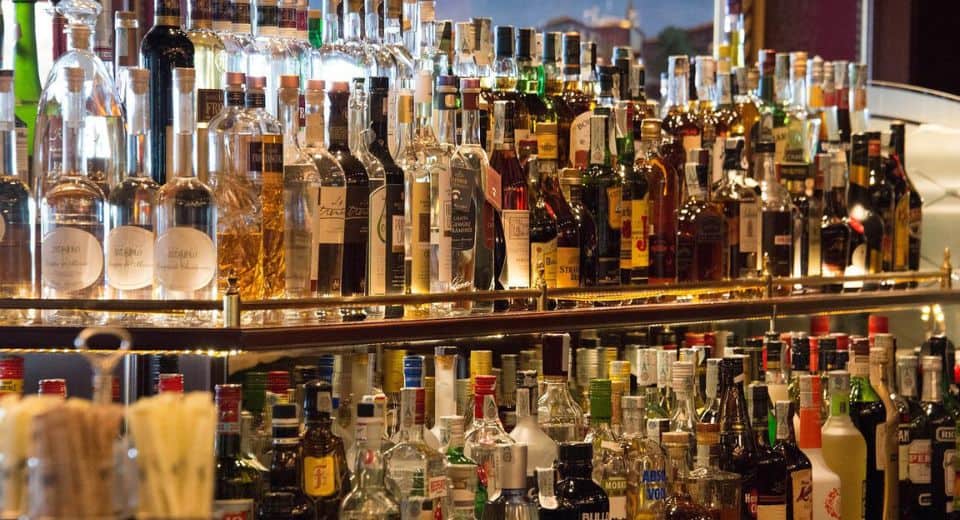 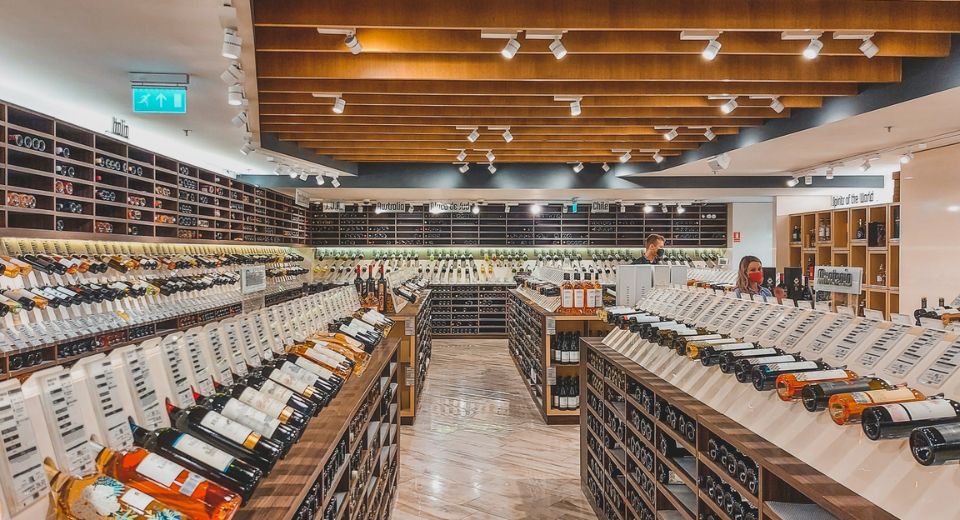 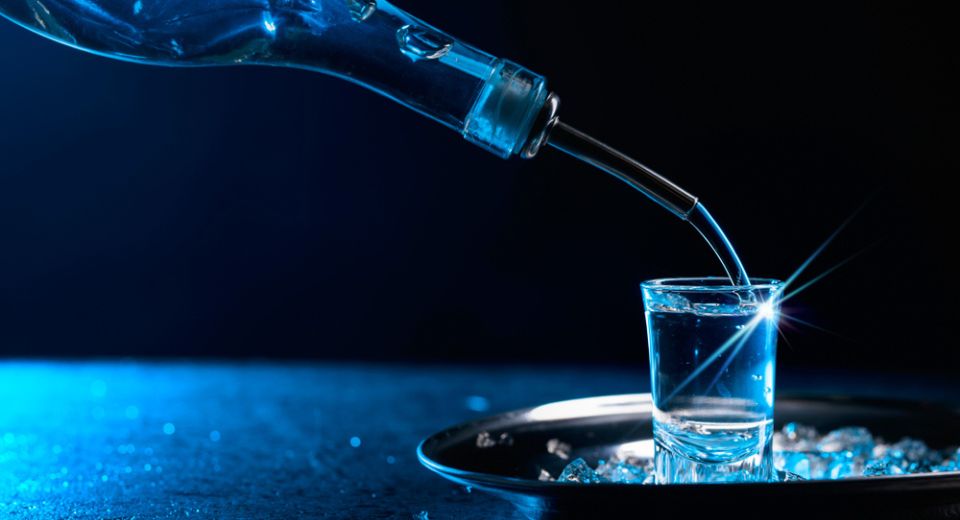 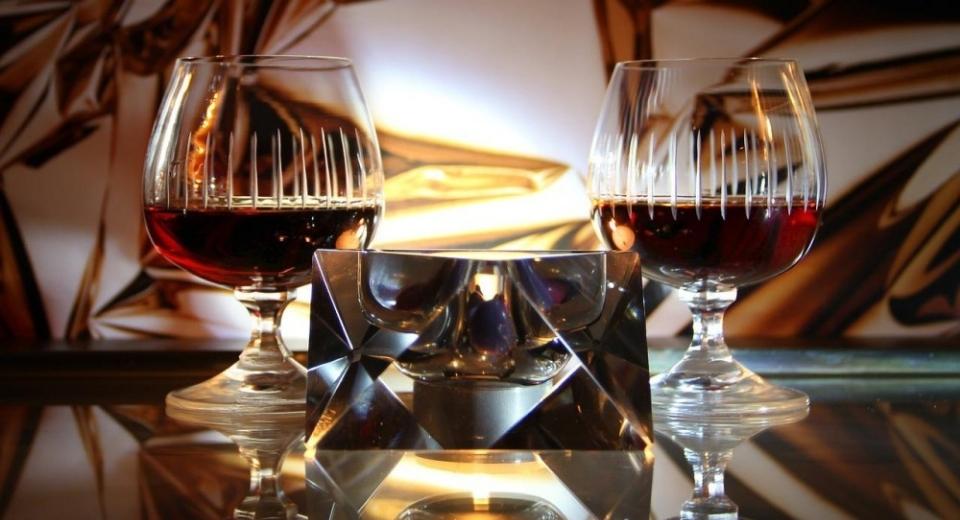 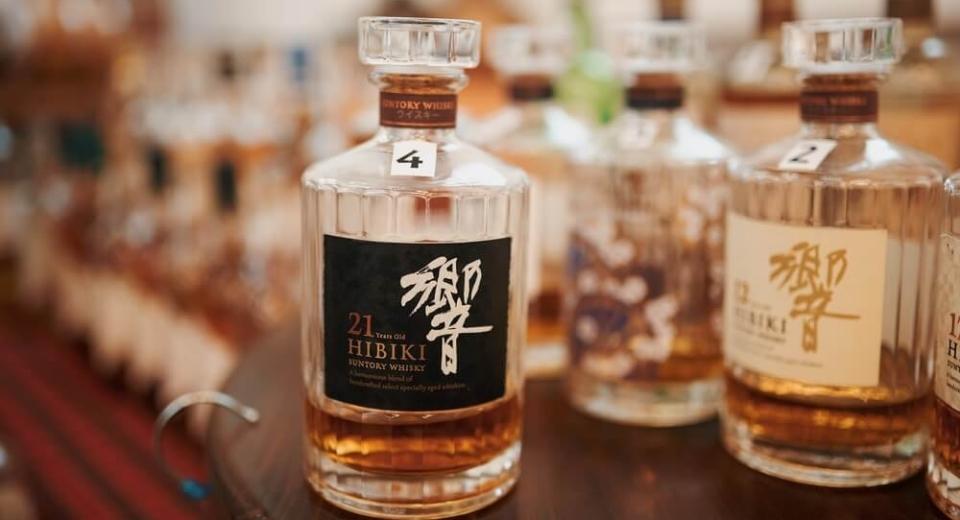