Vodka can be flavored in various ways, but the apple vodka category leads the pack regarding the fruit used for flavoring.

Apple Vodka is a modern twist on the old classic vodka. Subtle flavors make this tasty drink stand out from the rest. So, if you love to drink, you will enjoy trying these apple vodka brands.

Vodka Can Be Made from Almost Anything 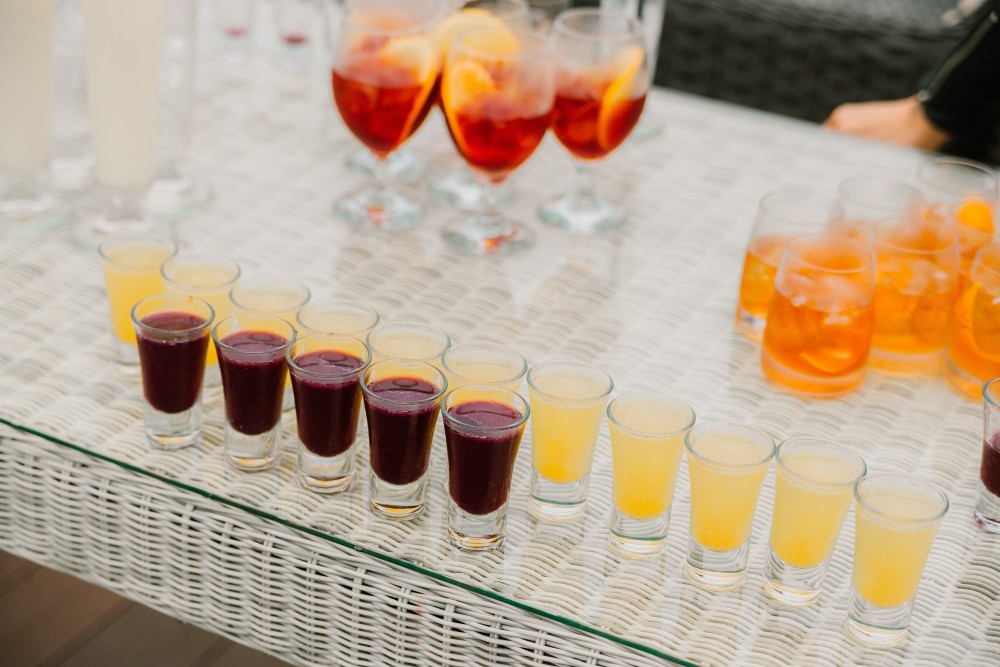 Just about anything can be utilized to make vodka.

More so than bourbon and tequila, which already have rigid special protections that limit what or where they can be made, vodka could be made from literally anything and distilled from any fermenting element.

You could use basically anything ingredient that has sugar in it. Even though the specifications aren’t as tightly regulated as those for whiskey, various guidelines exist for creating vodka.

To be perceived as vodka, The liquid must initially be heavily purified to 95% ABV (190 proof) or higher during the distilling phase of production. It is usually filtered to eliminate any color or flavoring that manages to survive the distillation process.

Despite the lack of hard and fast rules regarding the primary ingredients, vodka is generally manufactured from grains like wheat, rye, and corn. Potatoes are frequently used to produce vodka in Eastern Europe, where the spirit originated.

Many people associate vodka with a high-proof, colorless, and odorless spirit. However, there are distinctions and complexities. Each base component gives the completed bottle a unique flavor and affects the palatability and texture.

Grain-based vodkas, for instance, will broaden and flourish quickly on your taste buds, delivering taste to each and every part of your mouth.

Fruit-based (or, in this case, apple-flavored) vodkas are lighter, smoother, and more compact. Vodka produced from potatoes, recommended for sipping neat, has a flavor and consistency that falls between grain and fruit vodkas.

The Difference Between Flavored and Infused Vodka 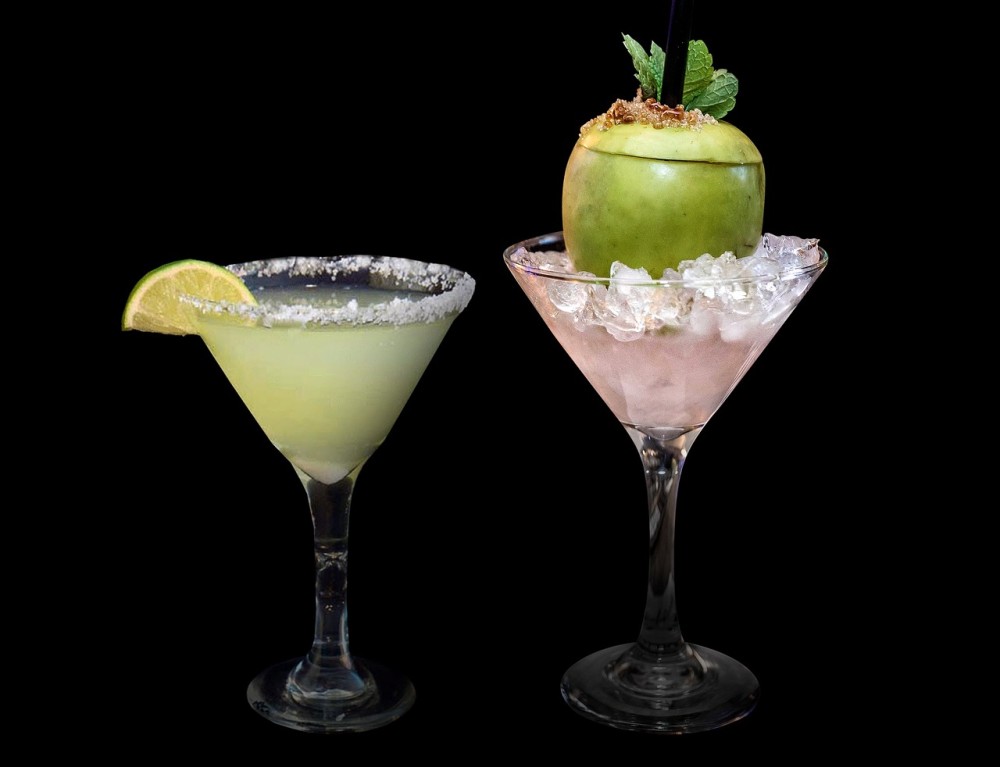 Vodka is an exciting category to dive into when finding new flavor experiences. Unlike other spirits like Scotch or Bourbon, with varying sweetness or aroma levels depending on where they come from or who produces them, the possibilities are virtually limitless in the vodka category.

Though many people use the terms flavored and infused interchangeably, there is a difference between the two.

Flavored vodkas have become increasingly popular in recent years, transforming one of the best adaptable spirits into a genuinely unlimited beverage. Since the trend was established, other manufacturers have adopted and reproduced it.

What sets flavored vodka apart from its infused counterpart is that the flavoring takes place during the distillation process before bottling has occurred, unlike infusing, which is inflicted upon a plain, already bottled vodka.

They are typically loaded with sugar and flavored with citrus and berries. This category of vodka is commonly utilized to make cocktails. They’re excellent for a bartender to add flavor without additional ingredients.

Yet another thing that distinguishes flavored (aside from its distinct flavor and aroma, of course) is the ability to make your own in the luxury of your own household.

The base of pure vodka is alcohol and water, which is then flavored with fruit juices or distillates.

Infused vodka, which is not to be confused with flavored vodka, is a piece of artwork. This do-it-yourself option’s differences lie in the manufacturing, flavors, and overall quality compared to various flavored vodkas.

Infused vodkas are also prominent among bartenders and household mixologists. Vodka is a blank canvas. Therefore, it is ideal for absorbing flavors from various condiments. These vodkas are frequently gently infused with appetizing flavors such as chili peppers, herbs, and herbal extracts.

They are steeped in vodka to maximize the effect of the added flavorings (usually fruit or herbs). The infusion procedure alone can require as much as three weeks to obtain optimum flavor and aroma.

However, individuals who have attempted it before recommend it to commercially produced flavored vodkas.

This is because many flavored vodkas use flavoring in the form of syrups rather than the actual source of the taste (e.g., grape syrup instead of real grapes).

The world of vodka is pretty exciting, and many brands seem to have come and gone. When it comes to flavor, most people prefer their favorite brand over others. Some are satisfied with their cheap stuff and don’t mind if it’s not top shelf.

When it comes to apple vodka brands, there are many options out there, but some stand above the rest. 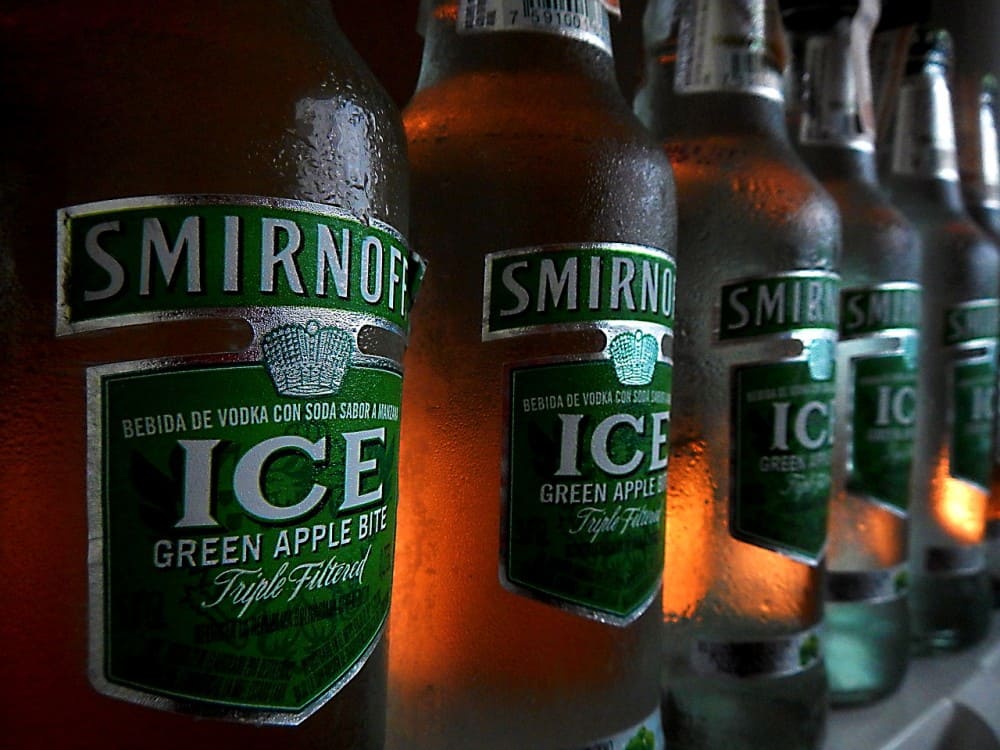 Smirnoff Green Apple Vodka is a vodka specialty flavored with a tart but sweet taste of green apples and is the ideal vodka for your upcoming cocktail diner party.

This 70-proof gourmet spirit is triple distilled and seamless enough just to drink neat, on the rocks, or in a series of shots with friends and family.

Smirnoff Green Apple is delicious and recommended to be served straight out of the freezer. It is an incredibly versatile concoction and can be served with any mixer or cocktail. It tends to add a completely new taste and is utterly delicious!

The apple camouflages the vodka flavor, even though it contains the same proportion of alcohol as the original Smirnoff. Additionally, the cost is exceptionally appropriate.

Smirnoff Green Apple is delightful on its own, and because the vodka flavor is not overpowering, I recommend consuming it as a shot, blended with juice or lemonade, or used in a cocktail.

Autumn transforms the scenery into a riot of shining yellows and comforting reds. As a result, Absolut has captured the essence of autumn and bottled it here.

Their classic Absolut Vodka blended with exquisite apples gives you the bright flavor of juicy and crunchy apple flavor infused into your vodka.

Each sip delivers a natural fruit sensory experience thanks to using great vodka, fruit juice, and natural flavors from classic seasonal fruits during the distillation process.

This vodka is quite tasty, considering it doesn’t lose any potency as another flavored vodka seems to do. It’s similar to regular apple juice but for adults, of course.

It’s also not excessively costly, helping to make it a must-have refresher.

CIROC Apple is a prize vodka made from delicate grapes and completed in a custom-made copper pot still in Southern France.

This vodka is five times distilled to ensure its superior quality. The spirit is expertly immersed with a unique mixture of apple and other flavorings, culminating in a ravishingly distinct and delicately seamless drinking experience.

CIROC vodkas, such as this one, are produced in France in the highly regarded wine area of Bordeaux from excellent French grapes specifically chosen to encapsulate a distinct flavor with a remarkably fresh taste.

Each blend combines the mastery of traditional and contemporary distillation techniques to bring you the classiest, seamless spirits with the most pleasant flavor.

The 70-proof vodka comes in a 750mL bottle which works best on the rocks as a shot or mixed into your preferred cocktail. Drizzle over ice and top with lemon, lime, and cranberry juices for an Apple & Cranberry Cocktail.

The refreshing, bright flavor profile of New Amsterdam Apple Vodka is blended with sugary, vibrant apple flavors and aromas. The natural fruit flavor of apple is complex in its nature, but here it is beautifully balanced, with just the correct bite for a smooth, polished finish.

New Amsterdam Apple Vodka is made from the highest quality grains and is distilled five times before being filtered for a further three. After that, the pure apple flavors are incorporated before bottling at 70 proof.

This spirit brings a fresh apple juice aroma and hints of vanilla and cinnamon seasoning. The sweet cinnamon applesauce component is followed by the vanilla flavor and a tart apple apex.

Once swallowed, the apple flavor starts to fade and burns, releasing a warm mild tingle and an apple aftertaste. While not mellow enough to sip neat, there is a perfect pure apple flavor to create a delicious cocktail.

When it comes to the best overall apple vodka brand that is good for a host of things like sipping neat, on the rocks, or in a cocktail, Absolute Juice Apple vodka takes the cake. While not only being cost-effective, Absolute takes this flavor to a whole new level.

However, if you’re looking for vodka best-suited for a spectacular cocktail experience, New Amsterdam Apple Vodka is your best bet. This spirit will add some much-needed punch to your favorite cocktails.

Lastly, CIROC Apple vodka suits the neat vodka sipper. While delicately crafted in France, this vodka is made with some of the finest ingredients to lift the experience of any fan of drinking vodka neat. 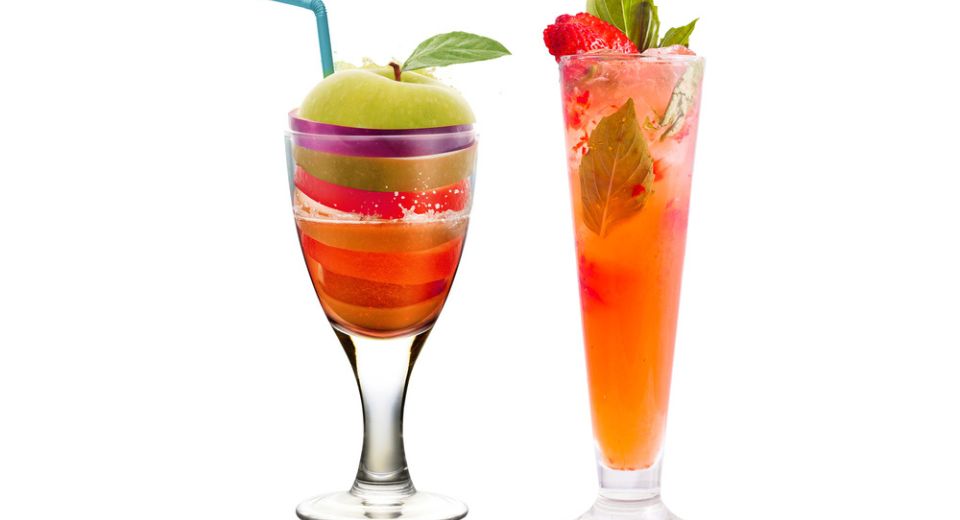 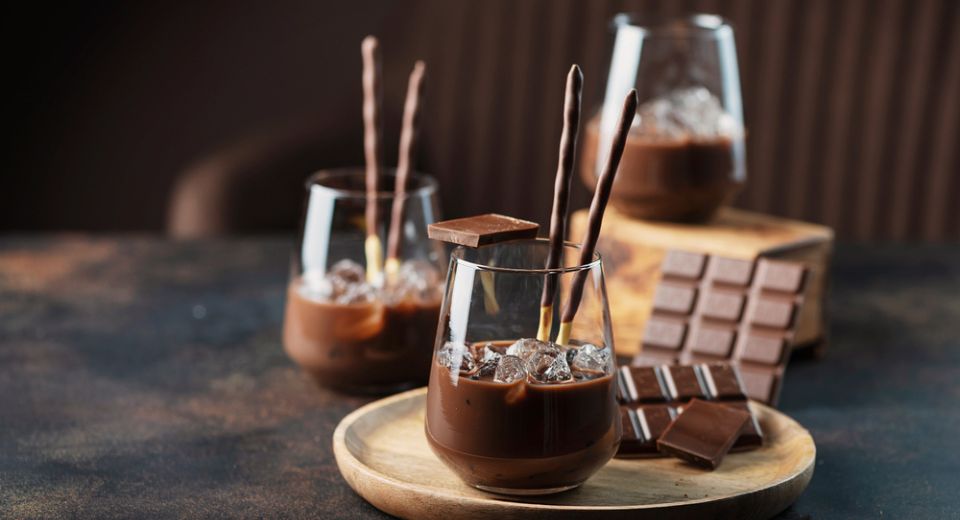 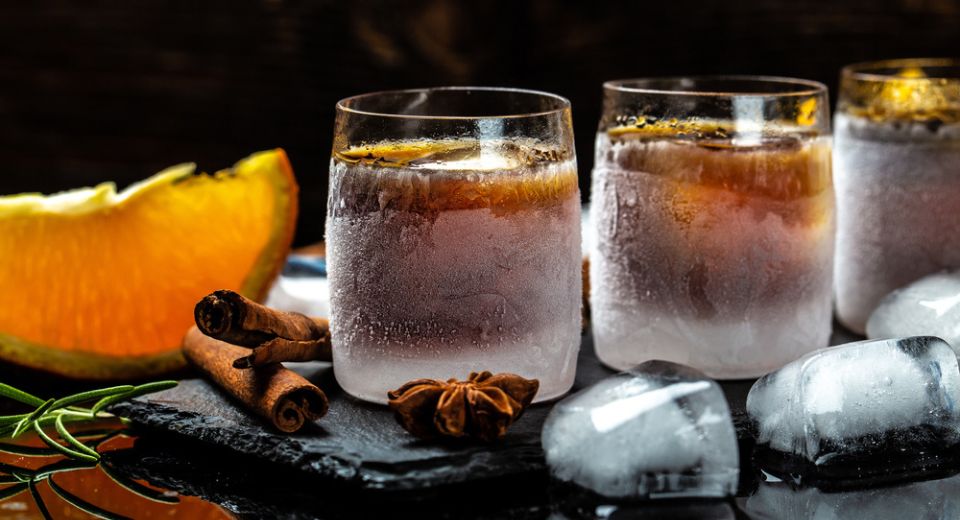 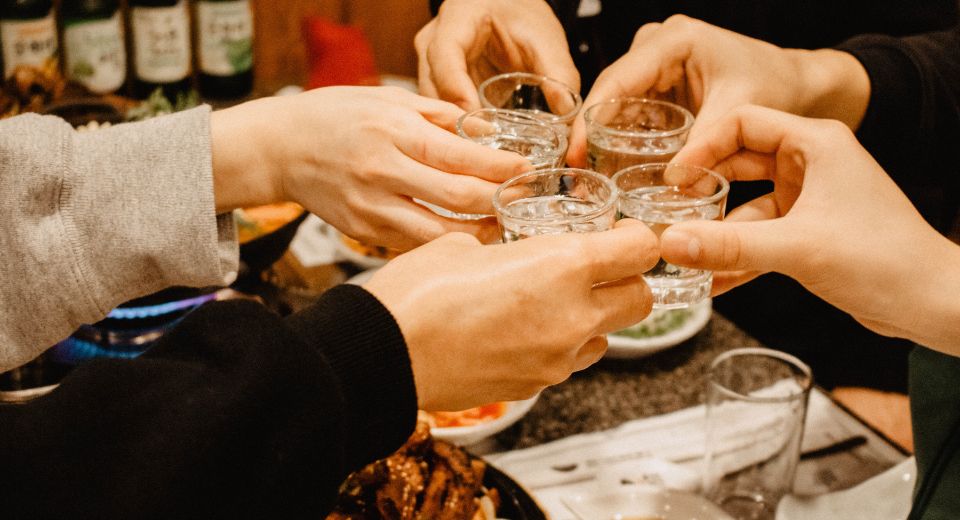 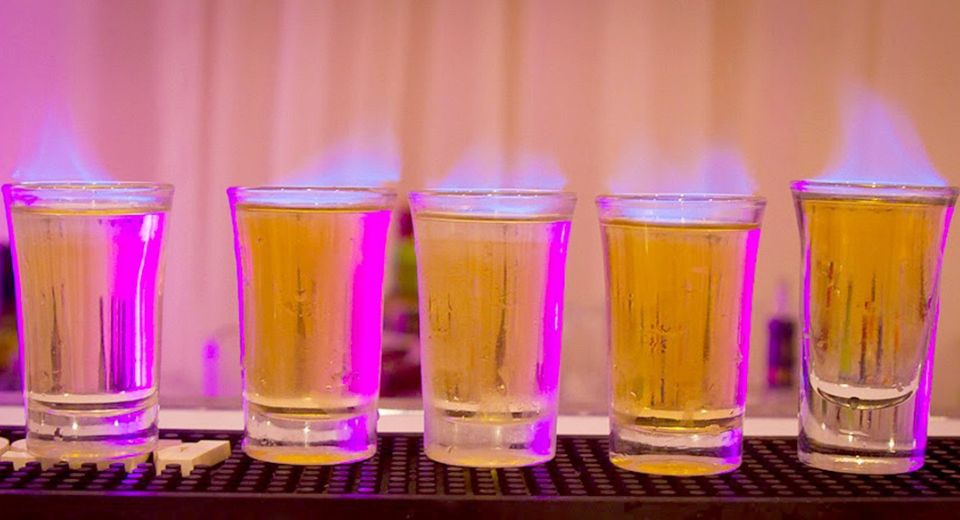 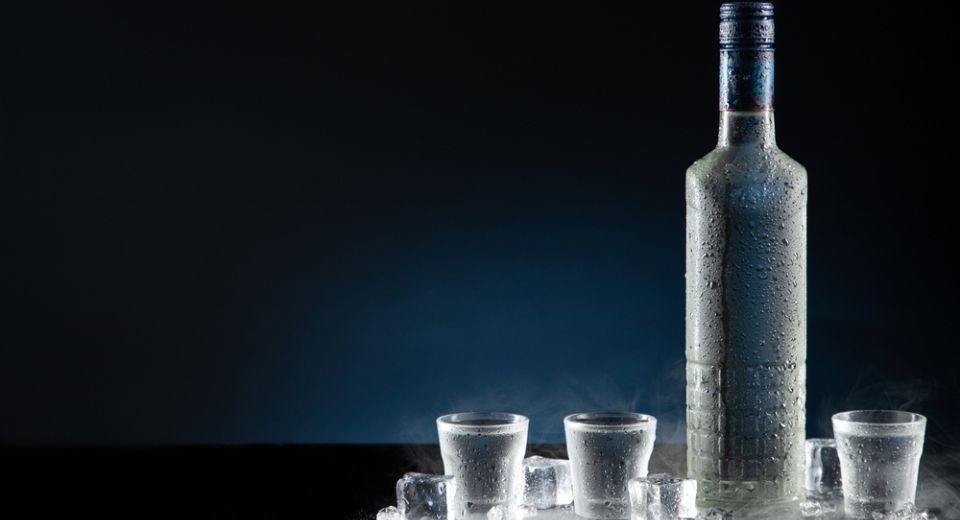