Tequila is a distilled alcoholic beverage that is commonly drunk as a shot or shooter. It can also be used as the base for a cocktail or in mixed drinks with various sodas.

Tequila is made from the blue agave plant and is most often produced and distilled in the area surrounding the Tequila town in the region of Jalisco, Mexico.

Tesla Tequila is a brand of tequila owned by the Tesla company. Produced and released only once, this tequila is a limited-edition beverage and is no longer available on the retail market.

This article will focus on the production and history of tesla tequila and alternatives to this one-time limited edition release.

A Brief History of Tesla Tequila 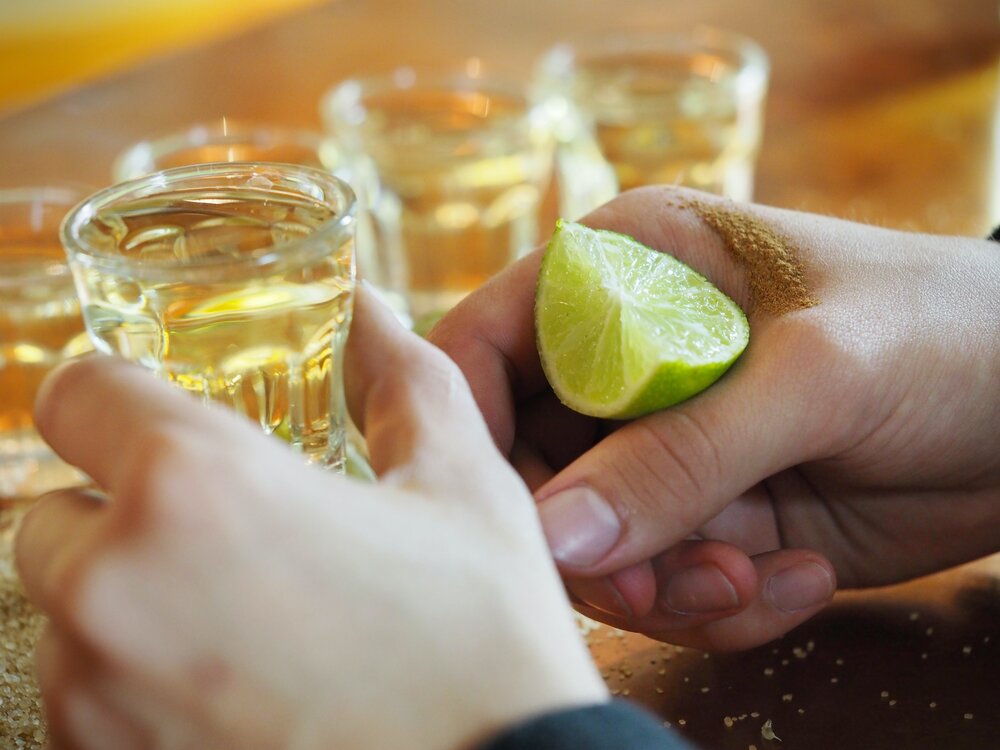 Tesla Tequila began as an April Fools’ joke when Elon Musk tweeted that he was going to release a tequila brand named Teslaquila.

However, it then became a reality although the name ‘Teslaquila’ was not allowed to be used due to industry regulations. This is due to ‘tequila’ being a designation of the origin of the beverage meaning it cannot be registered as intellectual property.

In February 2019, the name was changed to Tesla Tequila and the production of the product could go forward.

The tequila was officially launched on November 5th, 2020, with the iconic lighting-shaped bottle being launched and almost immediately selling out.

This shape references the lighting shape used on Tesla cars to show charging stations on the GPS. Tesla Tequila released 420 bottles at an initial price of $250 with the value per bottle now increasing to $1669 per 750 ml bottle.

Tesla is a company that designs and produces electric vehicles, battery energy storage, and solar panels. Founded in 2003 in San Carlos, California, this company is the brainchild of owner Elon Musk who is a South African-born investor and business magnate. 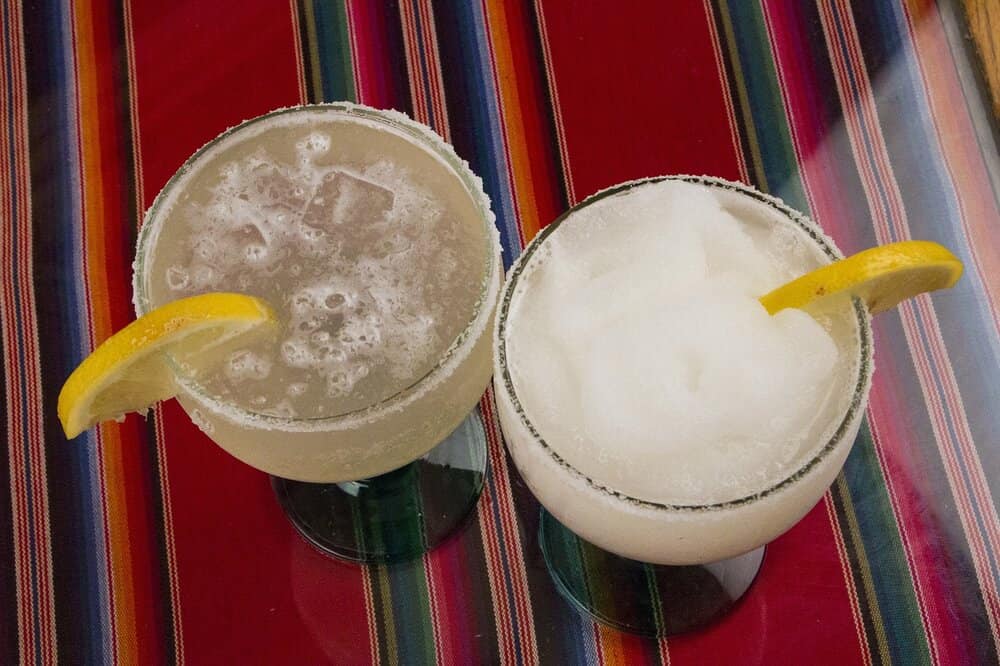 The original price of a bottle of Tesla Tequila was $420, which is a running joke Elon Musk has made over the years, given the number’s relation to marijuana.

This joke originated from a comment Musk once made that Tesla shares would be available at $420 per share when Tesla went private. Given the scarcity of tequila, the price has increased since it was first launched, going from $420 per bottle to $1679 per bottle.

Each of the remaining 420 bottles (which was the last launch of the tequila planned) was engraved with a number from 1 to 420 which makes these bottles collector’s items. This feeds into the high price point of this beverage as there is a limited supply and a high demand.

The tequila bottles are shaped to look like a bolt of lightning. It comes with a stand to hold the lower point of the lightning bolt to keep the bottle held up. The design of the bottle was inspired by the app icon of Tesla’s GPS program.

Bottled at an alcohol by volume (ABV) of 40% (80 proof), this tequila is made from 100% de agave tequila Añejo. The agave is sustainably sourced in the highland and lowlands of Mexico, and it is then ground and fermented to turn the natural sugars into alcohol (ethanol).

Once the beverage has been distilled, Tesla Tequila is aged for 15 months in French Oak barrels. The final tequila product has a nose of vanilla and dry fruit with a finish of pepper and cinnamon. It has notes of rich vanilla, faint oak, and agave on the palate.

Tequila is made by harvesting blue agave and cooking it to release the sweet juices. This blue agave is then shredded to extract the juices which are then fermented using yeast to convert the natural sugars into alcohol which is then distilled to remove any impurities from the beverage.

Some brands may choose to age the alcohol in barrels to infuse the tequila with additional flavors, with the most common barrels being oak barrels. Aging can be done for various lengths with the minimum time being 14 to 21 days which is for Blanco (or white) tequila. 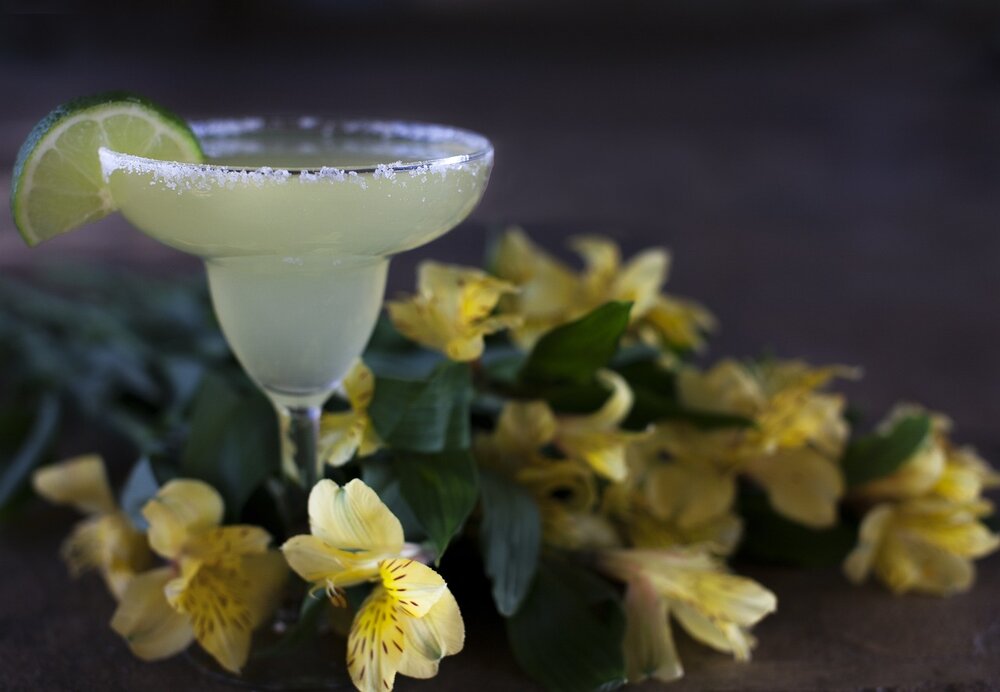 If you are looking for another Tequila brand endorsed or owned by a celebrity, Michael Jordan’s Cincoro Tequila is a good option.

The brand has 4 variations of tequila available; Blanco, Reposado, Añejo, and Extra Añejo. The Añejo has an intense amber color with a flavor profile of cooked agave, toasted oak, dark chocolate, and cooked agave which complements the aroma of orange rind, cooked agave, oak, and maple. It has a price point of $140 and an alcohol content of 40% (80 proof).

For a craft Añejo, Fortaleza Añejo Tequila is a good option. This tequila is made using 100% stone-crushed agave and is distilled twice.

Aged for 18 months in American oak barrels, this tequila has taste notes of cooked agave, butterscotch, toffee, and citrus. The tequila is thick on the palate with the first sip after which it mallows to a rich finish. It has an alcohol by volume (ABV) of 40% (80 proof) and can be bought for $99.

Finally, a top-shelf option is the Don Julio 1942 Añejo. It is produced in small batches to ensure constant quality after which it is aged for a minimum of 2 ½ years. This tequila has a nose of chocolate and caramel, with a tasting profile of vanilla, roasted agave, and warm oak.

How to Drink Tesla Tequila 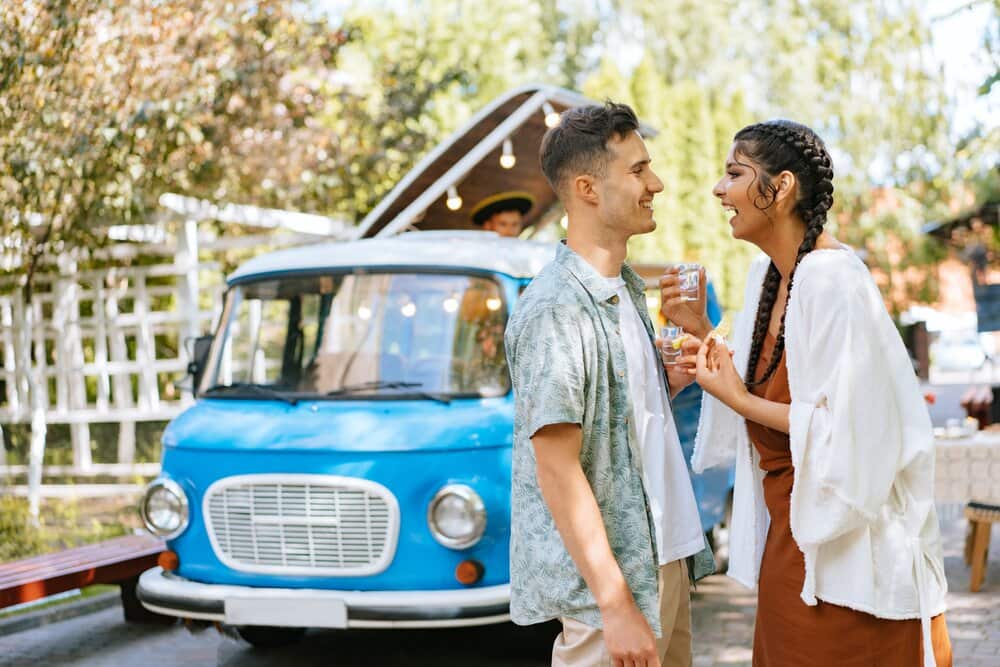 Tesla tequila can be drunk in various forms. As a premium tequila, this beverage is not ideal for shots as it is meant to be savored. You can drink this tequila in a rocks glass, either neat (without ice) or on the rocks (with ice).

The ice cube should be one large ice cube that will melt slowly, allowing the water to open the flavor profile of the beverage without watering it down. This tequila was sold with sipping glasses for this purpose to ensure that it is drunk correctly.

By sipping tequila, you can ensure you are fully enjoying the flavor profile of tequila. Tequila connoisseurs recommend the best way to drink tequila is to sip it in 4 easy steps. First, swirl the glass to coat the call of it with tequila.

Then sniff it to inhale the aroma of the beverage, after which you should take a short break and then sniff it again. Take a small sip of the tequila and allow it to sit on your tongue which allows the full taste to touch your taste buds. Continue slowly sipping the tequila which will allow you to notice all the subtle flavors.

Tesla Tequila is owned by the Tesla company, which is Elon Musk’s company. He initially wanted to name the company Teslaquila which combines the first part of Tesla and the second part of Tequila. He ran into legal problems with Mexico with this name and decided to rename it ‘Tesla Tequila’.

Where is Tesla Tequila made?

Tesla Tequila is produced in the Jalisco region of Mexico by Casa Maestri. Case Maestri manufactures tequila for over 150 brands including Cincoro Tequila which is owned by Michael Jordan.

What is the most expensive tequila?

Tequila Ley .925 Diamante holds the Guinness Book of World Records award as the most expensive tequila in the world. It is made with 100% select agave and is barrel aged for 7 years.

With an alcohol content of 42% (84 proof), this tequila has a market value of $3.5 million. The bottle itself is made using 4100 white diamonds and contains 2 kilograms (4.4 pounds) of platinum which is the most expensive metal in the world. 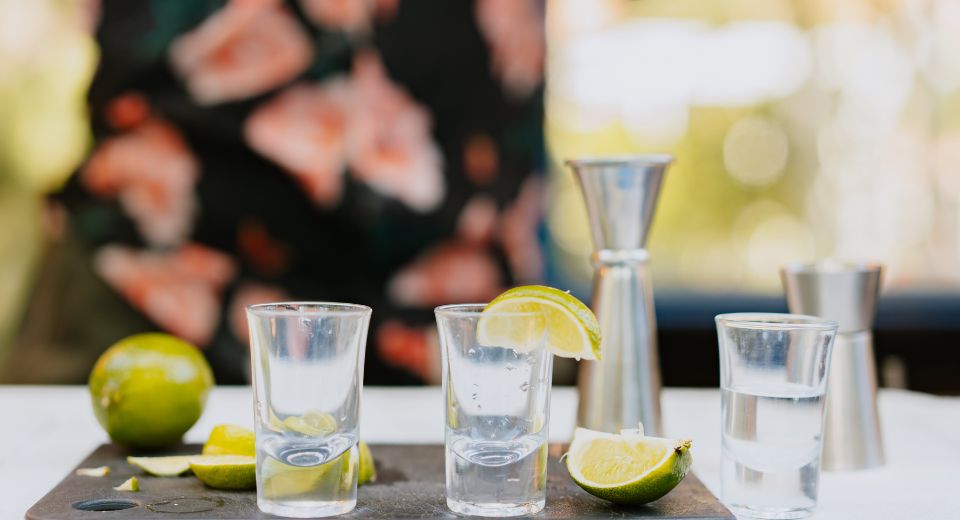 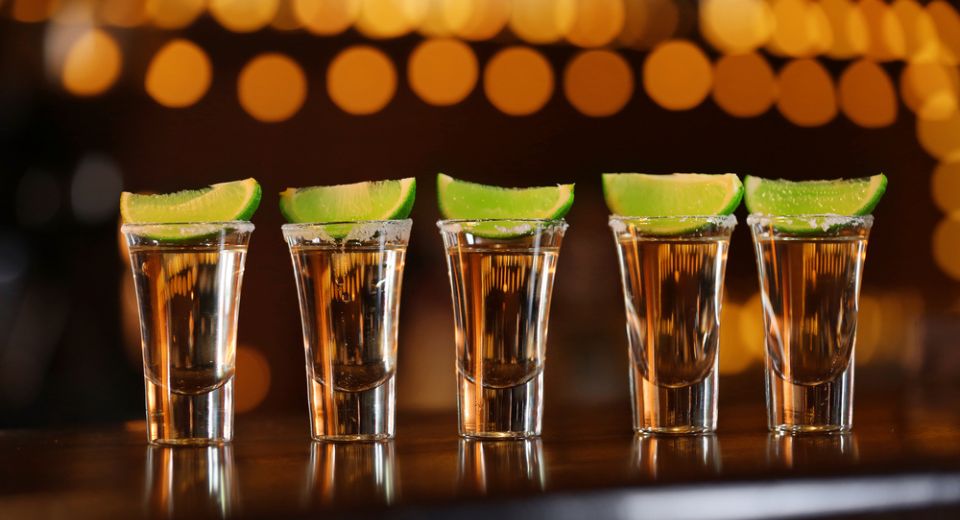 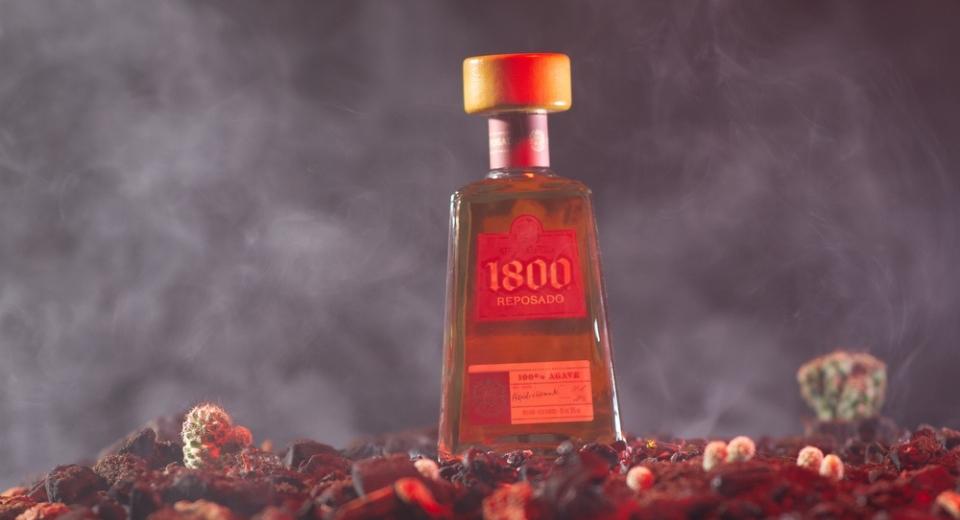 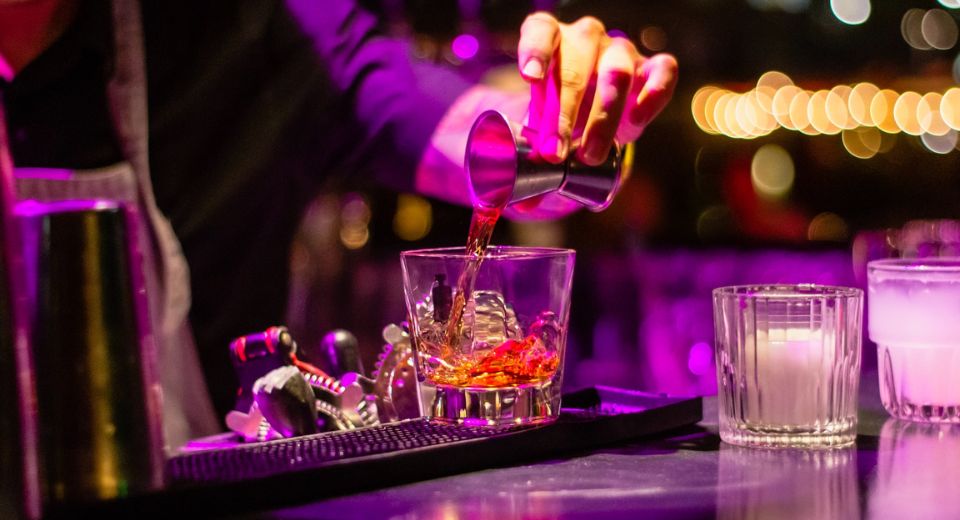 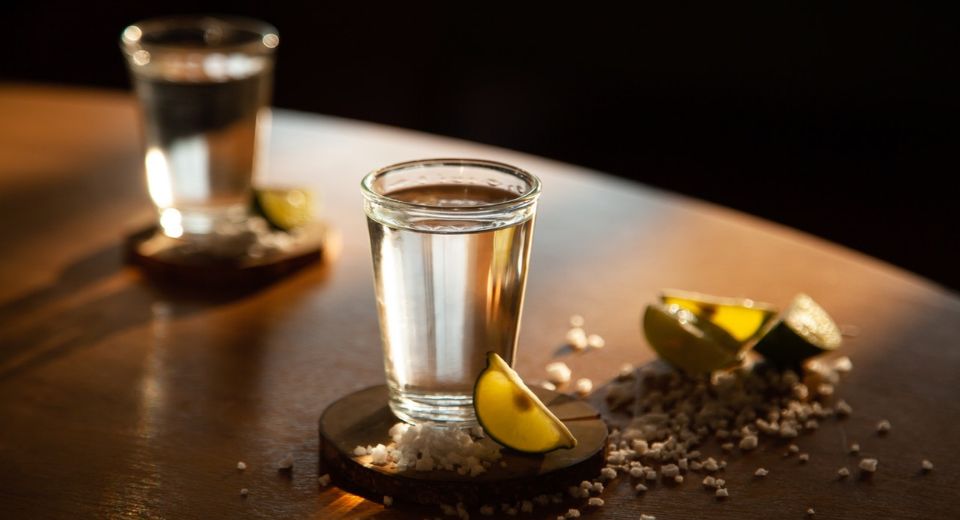