There’s nothing more refreshing than having an iced coffee drink and luckily, there are plenty of options to choose from. Iced coffee and iced lattes are amongst the most popular cold coffee drinks to enjoy year-round.

The main difference between an iced latte and iced coffee is the base ingredients used. Iced lattes have espresso, while iced coffee is made with regular coffee. There are a few other differences, including flavor and the addition of milk. Continue reading to learn more about the iced latte vs iced coffee, and how each is made! 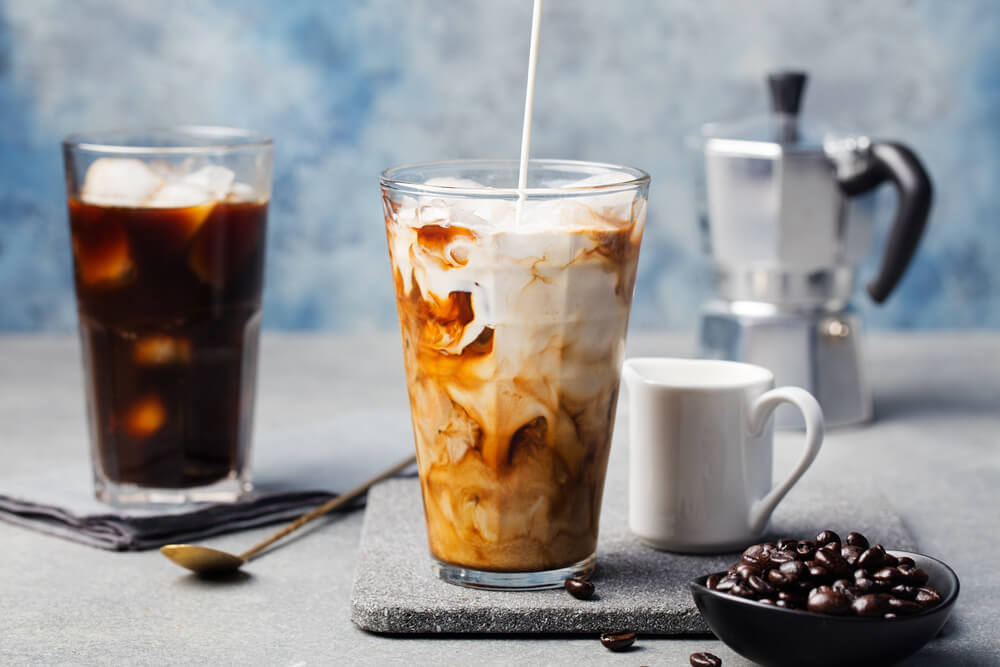 Iced lattes and iced coffee are two wonderful drinks to have during warmer months or if you prefer a chilled coffee over hot. There are some major differences between what ingredients are used to make these iced coffee beverages.

Some of the biggest differences between an iced latte vs iced coffee include:

Iced lattes have espresso, while iced coffee has regularly brewed coffee. This ultimately affects how much caffeine is in each drink because espresso has a higher dosage of caffeine.

Iced coffee can be served with or without milk. Milk is one of the base ingredients in iced lattes. Additionally, the milk in an iced latte is usually lightly frothed to add creaminess and texture to the drink. This makes iced lattes much more rich than iced coffee, even if milk is added.

The process of preparing iced coffee is more simple than preparing a latte. Coffee is brewed as usual for iced coffee. Iced lattes are prepared by brewing espresso under high pressure, which is then poured over ice with milk.

How Is an Iced Latte Made? 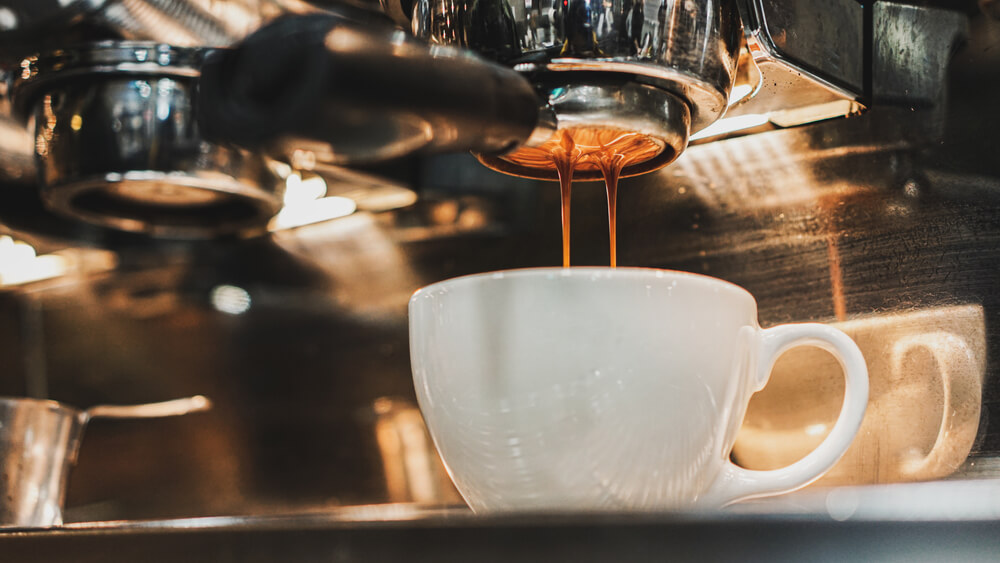 Making an iced latte involves brewing espresso and frothing milk, and adding it to ice. First, the espresso is brewed and poured over ice. Milk is then added, typically in layers.

Milk is lightly frothed to make the drink smooth and creamy. Some coffee shops add the espresso first, while others may add the milk first. For hot lattes, steamed and frothed milk are both added to the drink.

If you’re making an iced latte at home and can’t froth the milk, that’s alright! You can add regular cold milk to the drink. Dunkin’ Donuts and Starbucks do not froth their milk, instead they mix cold milk with espresso to make their lattes.

To flavor the drink, flavoring syrups or sweeteners are mixed in with the espresso and milk.

How Is Iced Coffee Made? 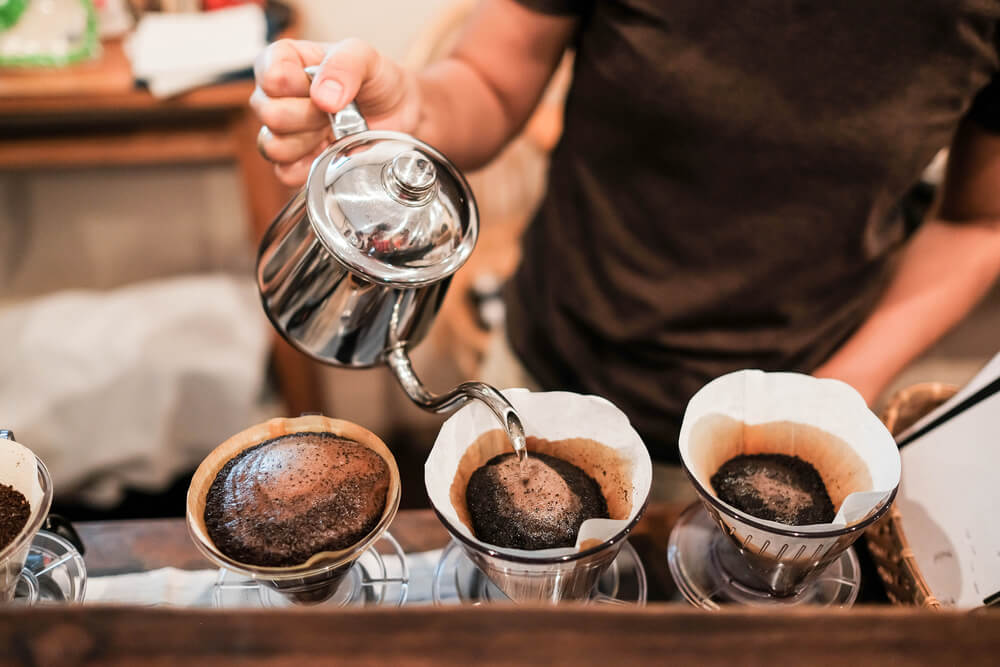 The process of making iced coffee is quicker and easier than an iced latte. Regular coffee is brewed as usual and then poured over ice.

Some coffee shops, such as Dunkin’ Donuts, double the amount of coffee brewed for iced coffee so melted ice doesn’t dilute the coffee flavor.

Once the coffee is added to ice, it can be served. Milk, sugar, or flavoring syrup can also be added.

What Are Iced Lattes and Iced Coffees Made of?

Iced coffee is made of brewed coffee and ice. Various bean varieties and different types of roasts can be used to make iced coffee. This ultimately affects the taste of the coffee itself. Darker roasts will have a more bold and bitter taste, while a lighter roast will be brighter and have fruitier notes.

Iced lattes are made of espresso, frothed milk, and ice. Whole milk or 2% milk is typically used for iced lattes, but you can substitute it for a different kind, such as oat milk or almond milk.

Similarities Between an Iced Latte and Iced Coffee

Iced lattes and iced coffee can both be made using the same bean varieties. Coffee vendors do generally seek out specific types of coffee beans to make espresso, but this doesn’t mean you can’t use the same beans for brewing regular coffee.

Other common ingredients in both iced lattes and iced coffee include ice, caffeine, and milk. Milk is optional for iced coffees and is not a base ingredient for the drink. Lattes, however, are always made with milk. 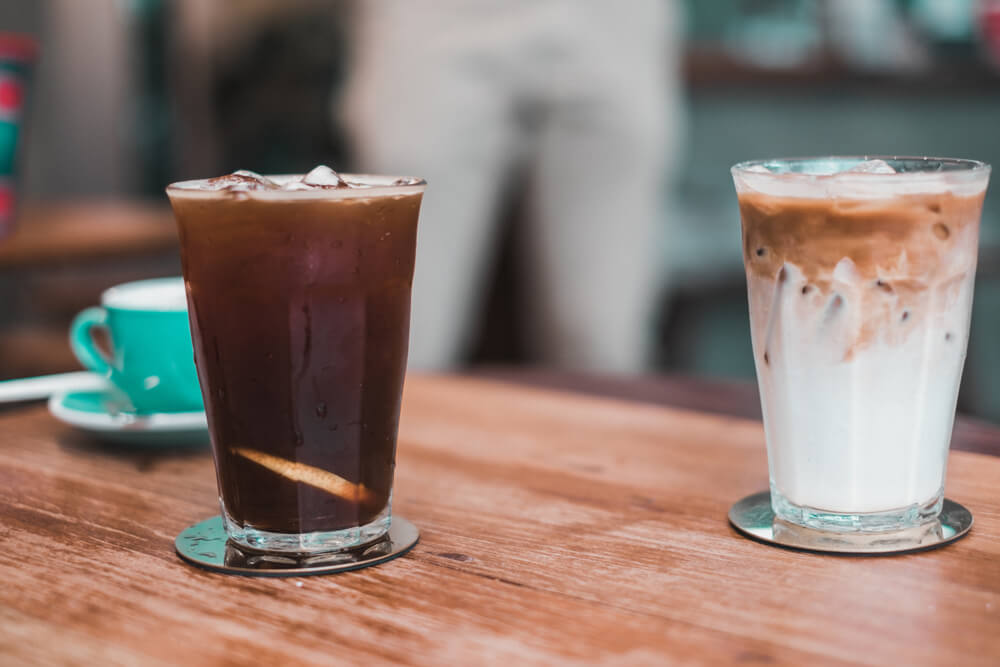 Starbucks usually offers four different sizes for their drinks. If you order an iced coffee, you have the option to choose from all the sizes they offer. The Starbucks Iced Caffè Latte doesn’t come in the largest, 30 fl oz size, according to their menu.

If you order a tall Starbucks Iced Caffè Latte, you will get one shot of their rich, signature espresso mixed with 2% milk and added to ice. Starbucks does not specify that they lightly froth the milk, but you can request for it to be.

The iced coffee is prepared with Starbucks Iced Coffee Blend poured over ice. Three pumps of classic syrup are added, which is Starbucks language for simple syrup. This gives the drink a little sweetness, but you can ask for no classic syrup.

Iced coffee has slightly less calories than an iced latte. This is mainly because of the amount of milk used in a latte. However, if you add milk or flavoring, the calorie count for your iced coffee could be more than a standard latte.

The price for a tall Iced Caffè Latte starts at $3.75 for some locations. A tall iced coffee is a little cheaper at $3.45. These prices may vary upon location. Starbucks also charges extra for any additions, such as flavored syrups or espresso.

If you’re not a fan of 2% milk, you can substitute this for the latte. Some of the types of milk Starbucks offers include:

There are a few other options that Starbucks offers for iced lattes. For example, Starbucks has an Iced Cinnamon Dolce Latte and Iced Blonde Vanilla Latte. Some variations are only offered at select stores.

How to Drink an Iced Latte 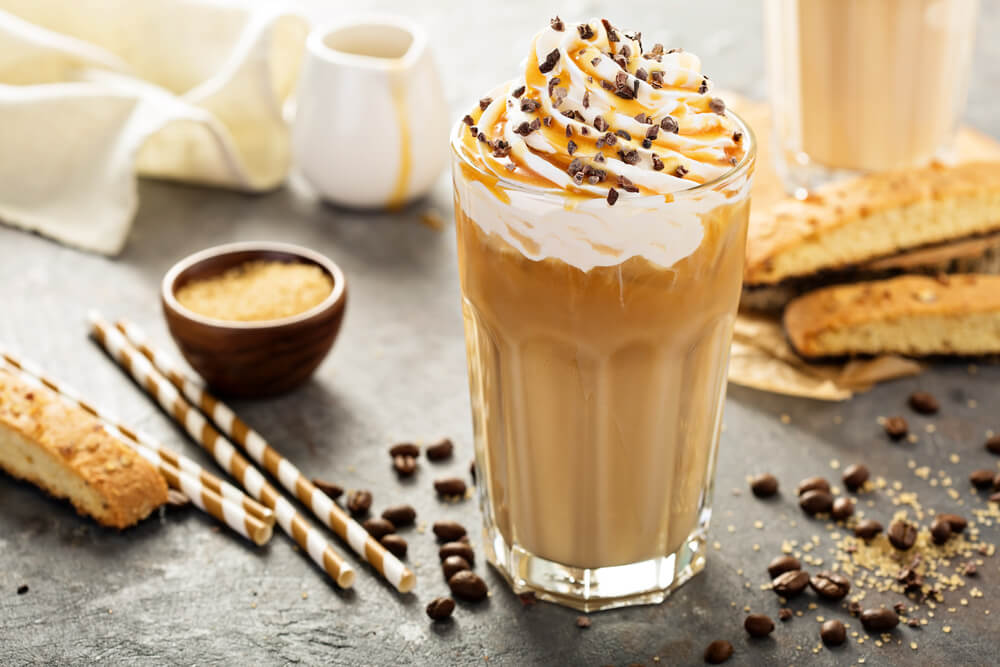 There are several ways you can enjoy an iced latte. Typically, an iced latte is supposed to be served in layers. This allows you to enjoy the alternating flavors of rich espresso and creamy milk. However, some coffee shops mix the espresso and milk together to create the drink.

You can also drink an iced latte with any type of flavoring syrups or sweeteners you desire. Some of the most popular flavors for iced lattes include vanilla, caramel, hazelnut, pumpkin spice, and mocha. The options for customizing this drink are almost endless.

How to Drink an Iced Coffee

Iced coffee can also be served in various ways. You can go the simple route and just enjoy a freshly brewed cup that’s chilled over ice, or you can customize it to satisfy your cravings.

If you’re making iced coffee at home, it’s suggested to double-up on the amount of coffee brewed so the coffee isn’t diluted by the melted ice.

Adding milk is another way to dilute your iced coffee. To make it sweeter, you can add simple syrup, flavored syrup, or sweetener. The way you drink your iced coffee really comes down to what your preferences are. 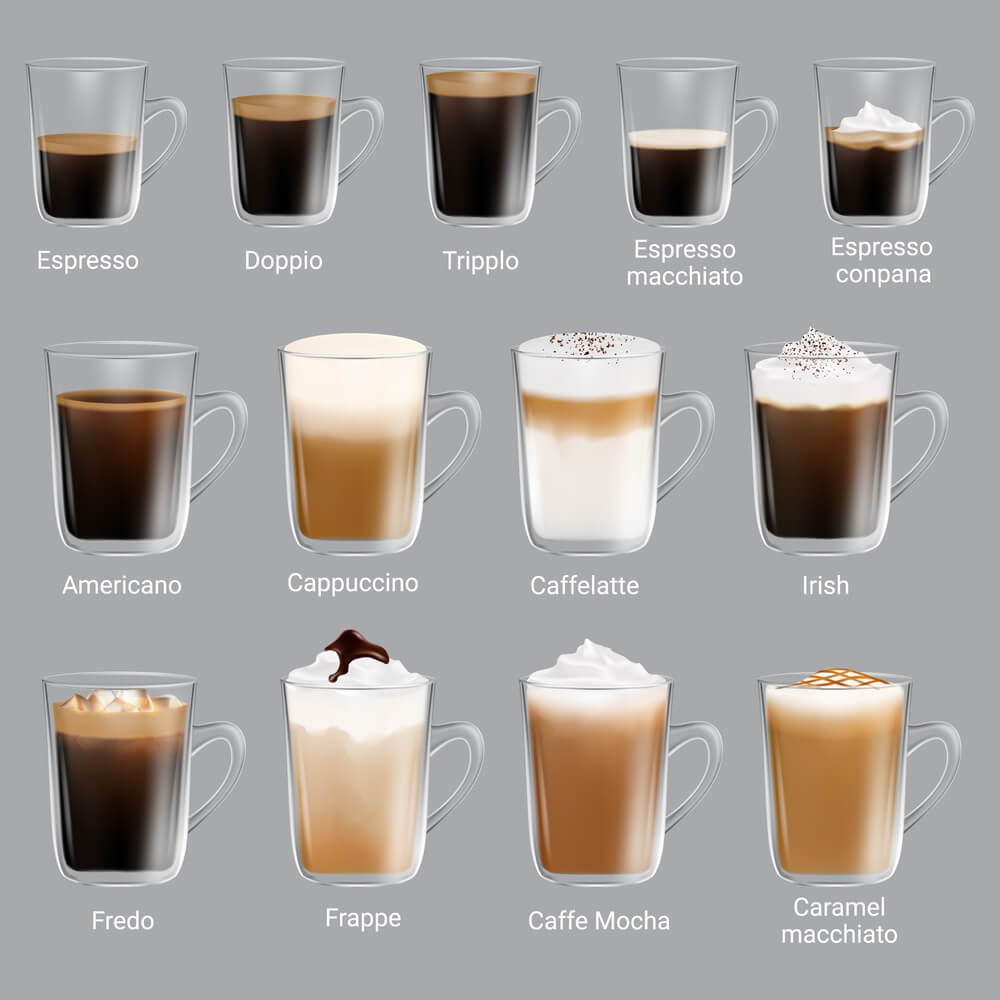 If you’re looking to explore other options besides iced lattes or iced coffee, check out some of these alternatives!

An iced Americano is made by adding cold water to ice, and then espresso is added. There are some variations of the drink, such as a lungo, that involve different espresso extraction times.

An iced macchiato is very similar to an iced latte. Both drinks are made with espresso and milk. The biggest difference between the two is the amount of milk used. Most iced lattes contain more milk, while an iced macchiato is mostly espresso. However, this largely depends on where it is made.

Similar to iced lattes, iced macchiatos can be customized and come in many different varieties and flavors. This makes an iced macchiato a great alternative to an iced latte.

When Were Iced Lattes Invented?

Italy is responsible for introducing the beloved latte to the world. The drink became popular under the name caffè latte in areas where American tourists frequented in the 19th century. Some believe that the cappuccino is responsible for the creation of the latte.

The latte became really popular in the U.S. in the 1980s and different variations, including an iced version, were introduced.

Does an Iced Latte Taste Better Than Iced Coffee?

If you like milk with your coffee and the rich taste of espresso, you will probably enjoy an iced latte more. If you like the milder taste of regular coffee and don’t care for a lot of milk in your coffee drink, iced coffee might be a better option for you. 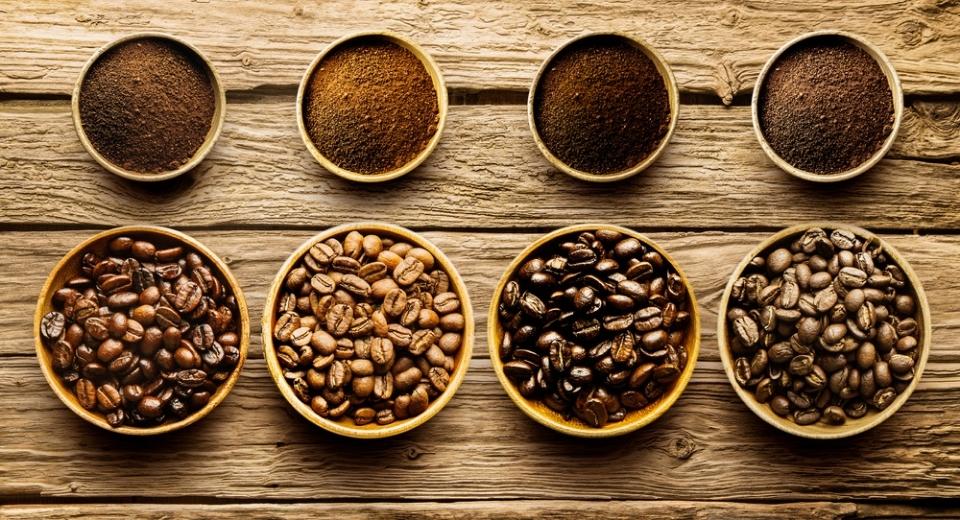 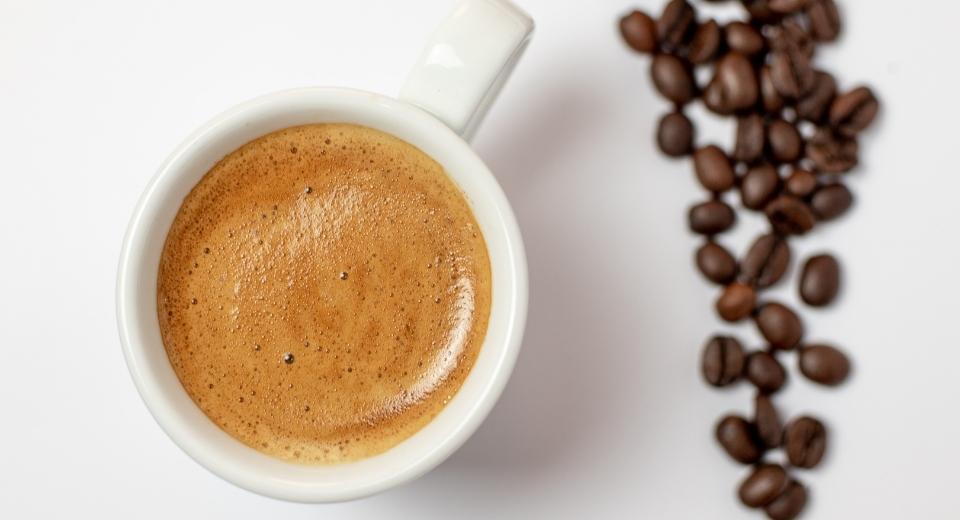 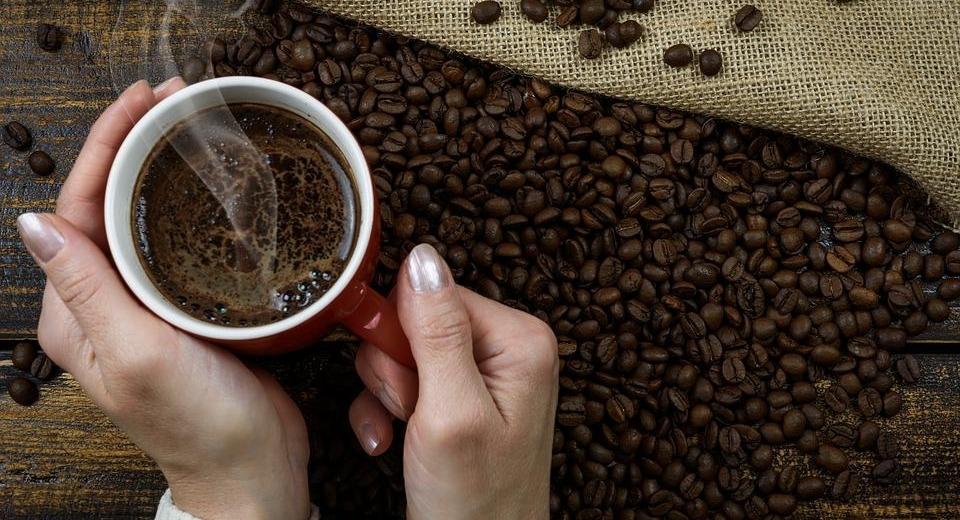 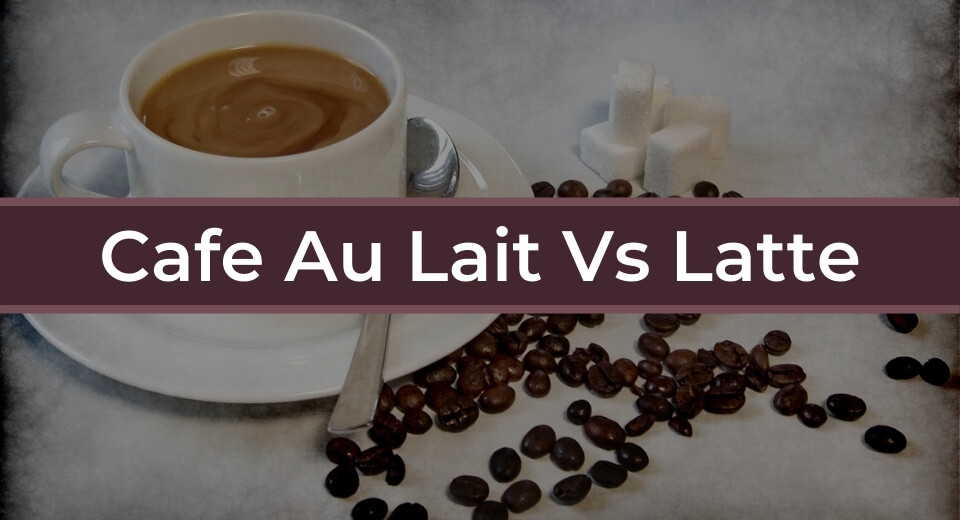 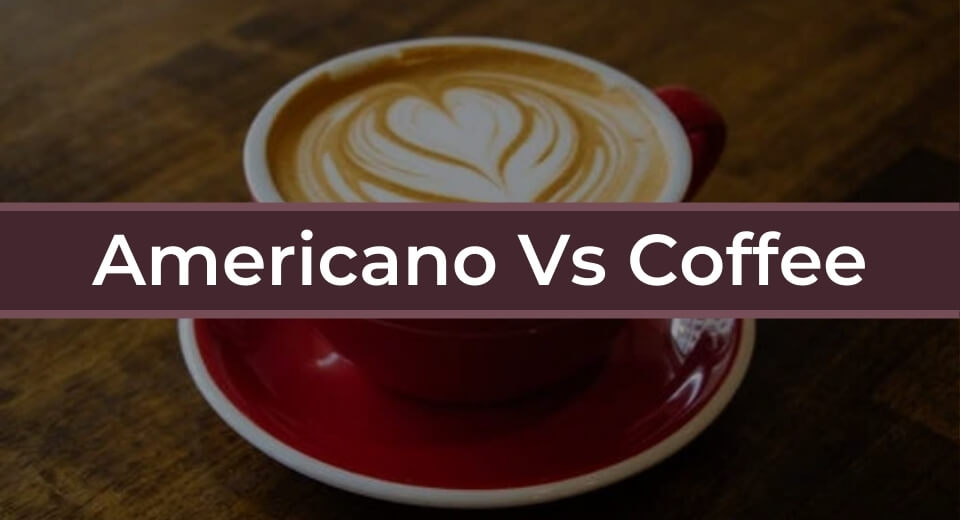 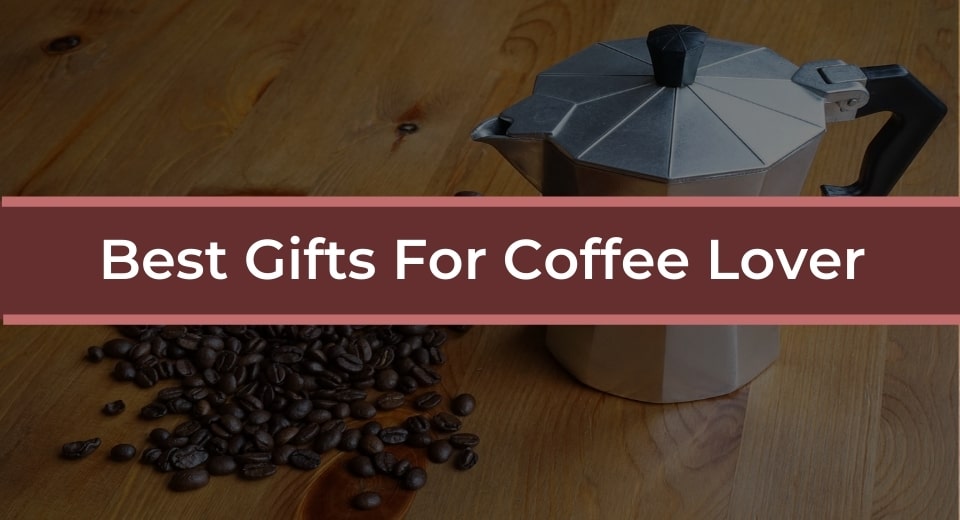