Beaujolais is a famous French wine-producing region that is located directly south of Burgundy. Sommeliers and experienced wine enthusiasts often cite Beaujolais as the best value in the world of wine, as the easy-drinking red wines produced there are of very high quality and relatively affordable.

Wines produced just minutes north of Beaujolais sell for thousands of dollars at auction, while some of the best bottles of Beaujolais Gamay cost under $40.

The incredible value offered by this important wine region allows wine enthusiasts to try many different bottles from around the region at a fraction of the cost of other French areas.

The Top Wines of Beaujolais

There are 10 different areas that make up the wines of Beaujolais which have been awarded “Cru” designations, each with their own distinct “personality” and take on the versatile Gamay grape. 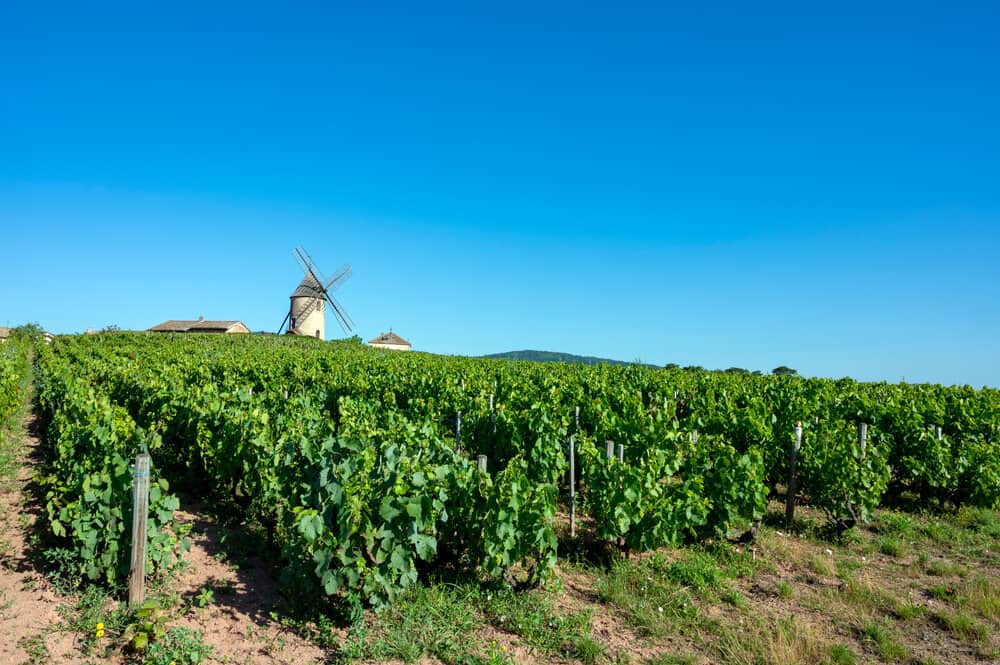 St-Amour is the northernmost Cru in the Beaujolais region, and it is the second smallest Cru in the entire area. It is also one of the youngest officially recognized wine-producing sub-regions of Beaujolais, having gained Cru status in 1946.

The wines produced in the St-Amour region are regarded as the “lightest and brightest” of all 10 Crus, making them perfect candidates for outdoor summer drinking. These wines are highly regarded worldwide for their complex minerality and light berry flavor on the palate.

One of the most highly regarded and sought-after bottles of Gamay from the St-Amour region is Famille Dutraive Saint-Amour Clos du Chapitre. The wine is produced using a rustic method called carbonic maceration, which gives it the distinct fruity flavor of the Beaujolais region.

At around $40 per bottle, Famille Dutraive Saint-Amour Clos du Chapitre is one of the more highly-priced bottles of wine from the entire region of Beaujolais. Budget-conscious wine enthusiasts are sure to enjoy Jean Loron Domaine des Billards Saint-Amour at half the price. 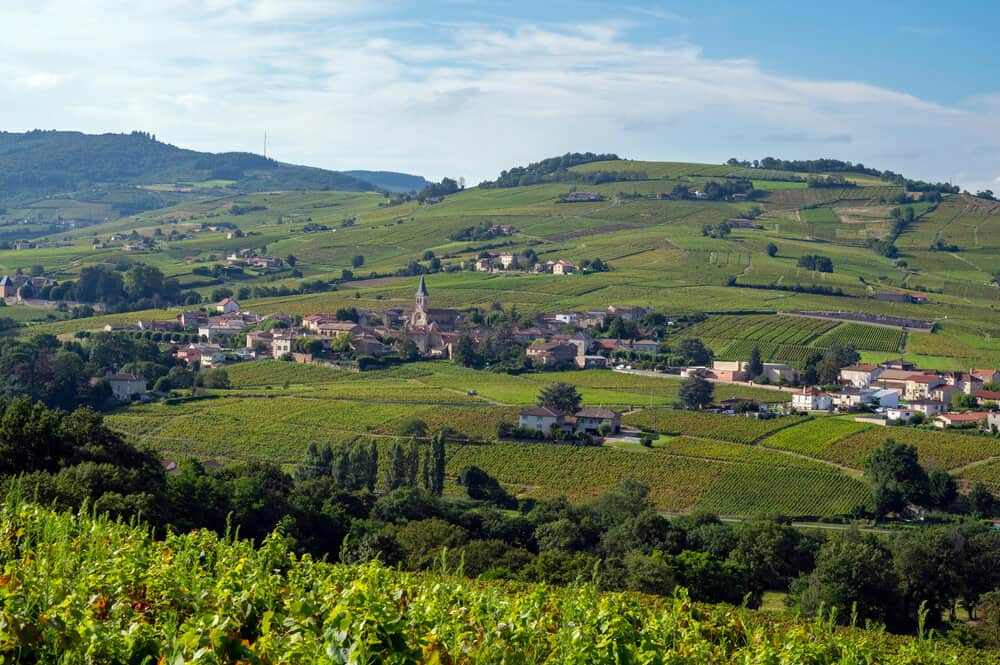 The wines that are produced in the Juliénas region of Beaujolais are generally considered to be relatively bold and strong, especially considering the region’s northern location. While Juliénas is located directly south of St-Amour, the wine styles of the two regions are completely opposite.

The bold red wines grown in Juliénas are as strong and full of flavor as those from some of the southernmost wine regions of Beaujolais. The warm microclimate provided by the surrounding landscape produced wine grapes that have floral characteristics and elevated residual sugar.

One of the most exciting bottles of wine being produced in the Juliénas region today is called Les Vins de la Cadette ‘La Soeur Cadette’ Juliénas. It has received critical acclaim, as well as being a “fan favorite” among many sommeliers and wine lovers. 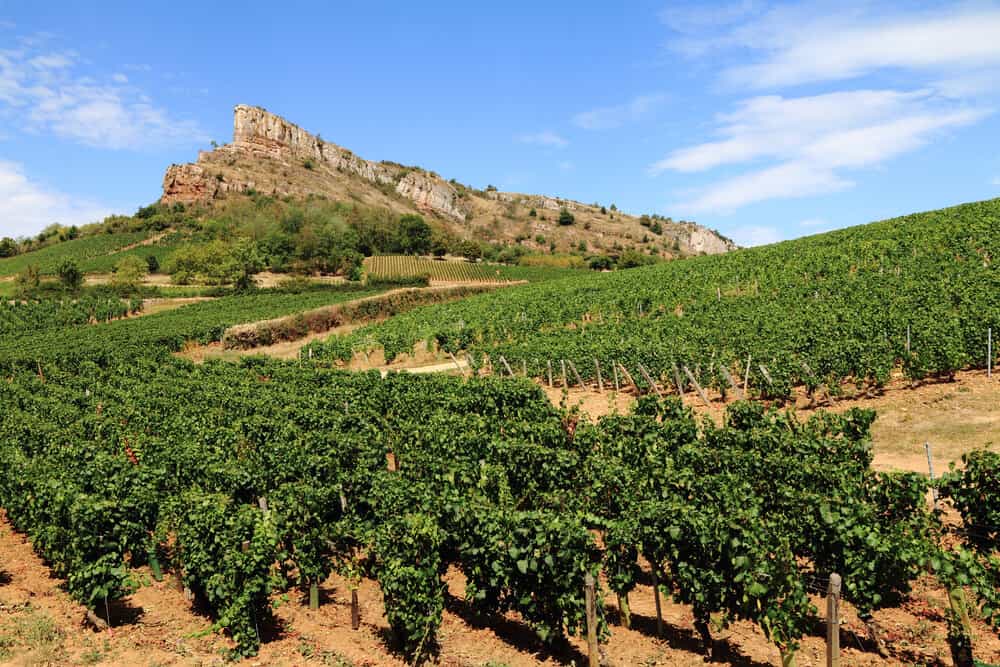 While Chénas may be the smallest of the 10 Crus of Beeaujolais, the wines produced there are considered to be some of the highest quality and most age-worthy bottles in the entire region. The floral wines are fairly strong and can age for up to 10 years when cellared properly.

The high quality of the wines produced in the Chénas region coupled with the relatively small size of the area leads to a slightly higher average price tag for bottles of wine when compared with the rest of the Beaujolais region.

One of the most sought-after bottles of wine from this region is called Domaine Jules Desjourneys Chénas Le Jugement Dernier, and it has become particularly popular among the wine collector crowd as it has a reputation to improve with age. 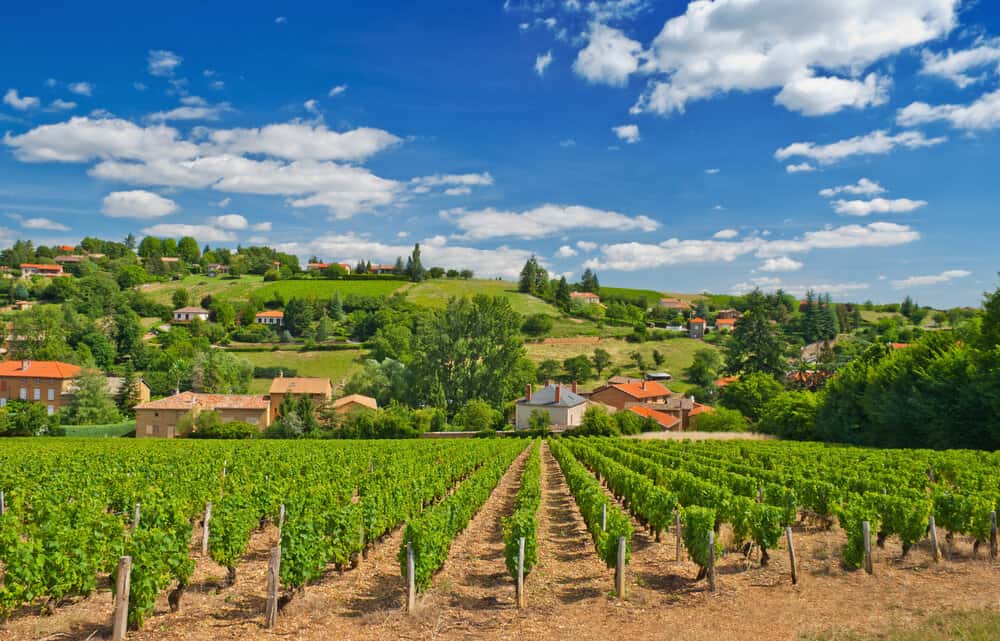 Moulin-à-Vent is one of the most famous and easily recognizable Cru of Beaujolais, as well as being one of the most widely distributed and most purchased Crus all over the world. The wines produced here are categorized as elegant, with layers of complexity and perfect balance.

The wine-growing regions in Moulin-à-Vent are home to a unique type of soil minerality called “pink granite soil.” The resulting wines are completely unique, as no other region is home to the same combination of unique soils and distinct microclimate perfectly suited for wine grapes.

One of the most expensive and famous bottles of wine from his region is Thibault Liger-Belair Moulin-à-Vent Vieilles Vignes, which has been awarded a number of awards at international wine competitions and is on the wine lists of some of the finest restaurants in the world. 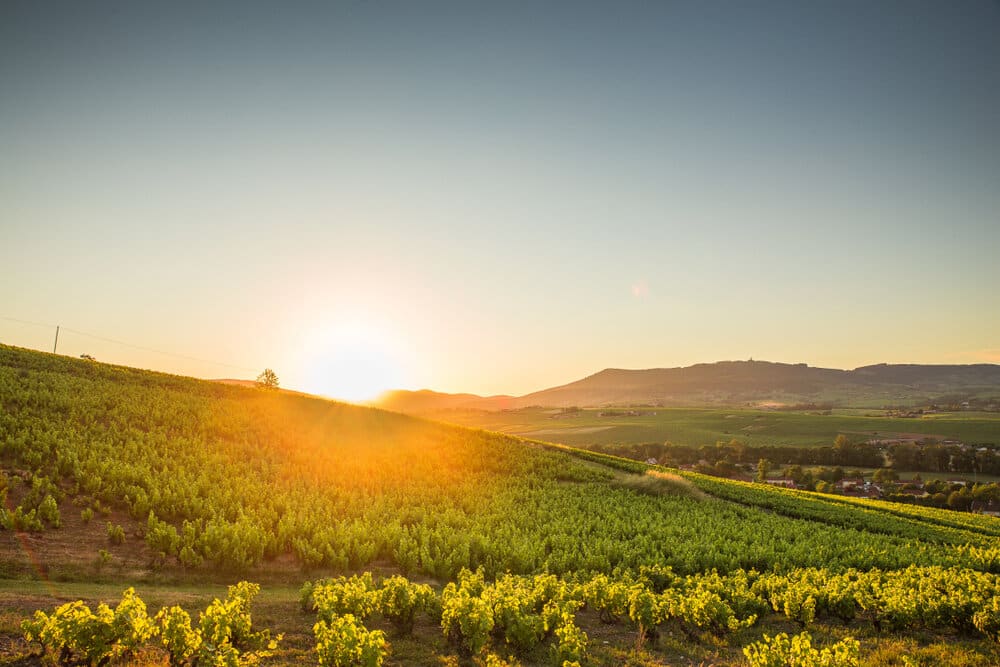 The Gamay wines produced in the Fleurie region of Beaujolais are known worldwide for being soft, light, and balanced. Some locals began referring to the French region as “The Queen of Beaujolais,” and the name caught on decades later.

The soft and elegant wines of Fleurie are highly coveted by wine enthusiasts that have a palette for softer complex wines such as Pinot Noir from Burgundy or Nebbiolo from Piedmont. These balanced red wines are best enjoyed young, as they lack the grippy tannins required for aging.

Yvon Metras is a high-quality wine producer that is responsible for two of the most highly regarded and most expensive bottles of wine from the region of Fleurie. Yvon Metras Fleurie averages just under $100 per bottle, and is one of the best in the region.

The same producer has also created one of the most expensive bottles of wine in the entire Beaujolais region, which is a “cuvee” made up of a blend of only the best vintages from the region. Yvon Metras Fleurie Cuvee l’Ultime costs over $300 per bottle, and lives up to the price. 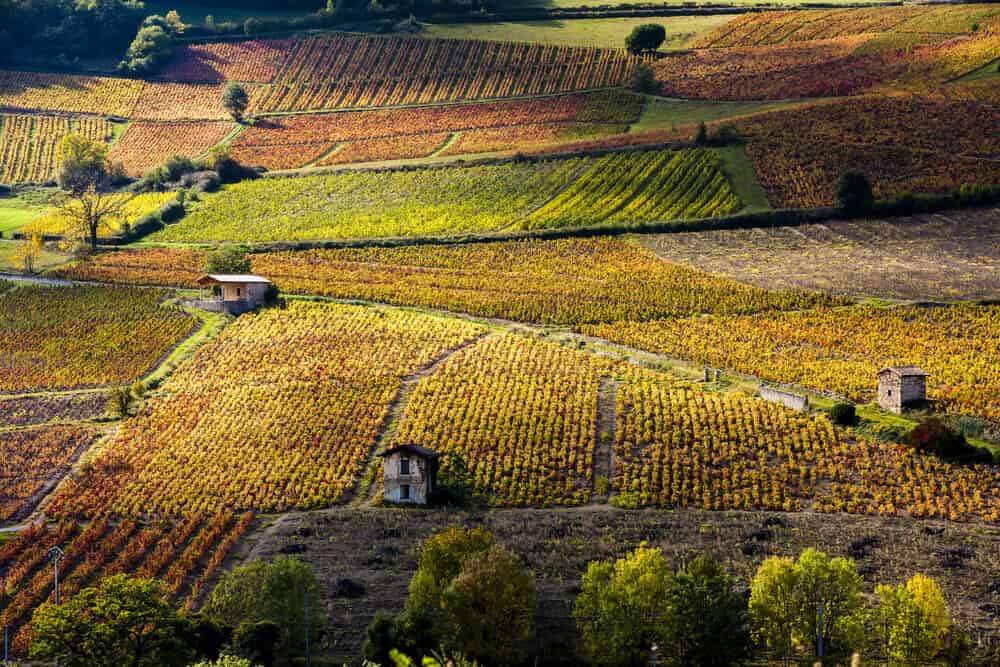 Chiroubles is a fairly small region that encompasses less than 1000 acres of vineyards and is located near the middle of the larger Beaujolais region. The wines produced there are looked at as “quintessentially Beaujolais,” and are very fruity and easy to drink.

The wines of Chiroubles are produced using the rustic method of carbonic maceration, which produces the strong fruity aromas and taste that Beaujolais is best known for. The taste and smell are sometimes likened to that of bubblegum, leading to the term “bubblegum Beaujolais.”

Guy Breton Chiroubles is both the most popular and the most highly rated bottle of Gamay from the Chiroubles region. At around $40 per bottle, it is one of the best “starter bottles” for those who are interested in expanding their palates to include the typical Beaujolais style of wine. 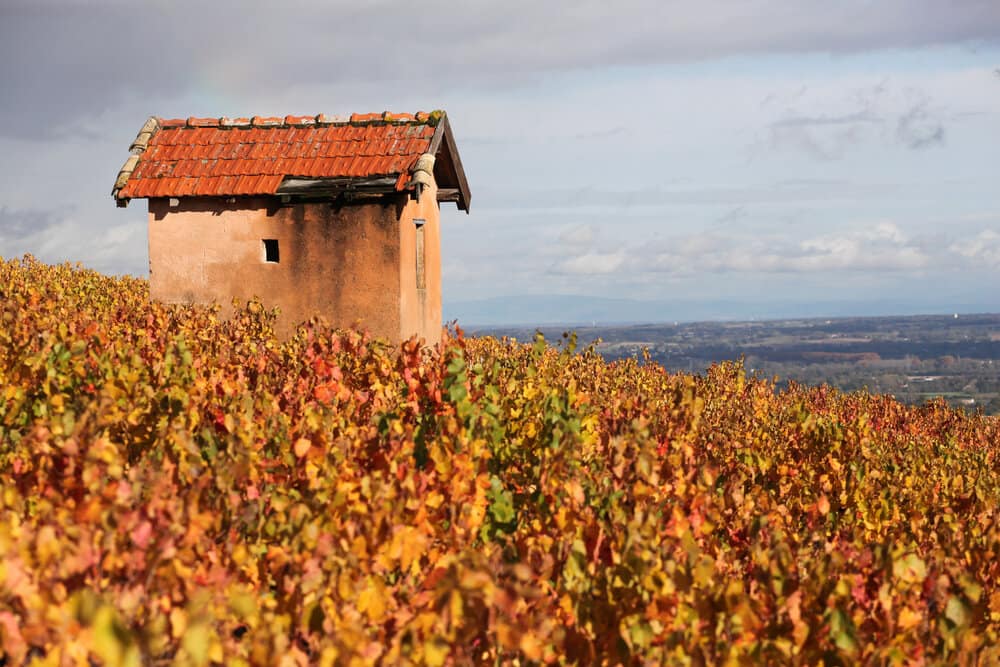 Morgon is one of the most widely distributed Crus of Beaujolais worldwide and is available at many wine retailers as well as restaurants. The climate in Morgon is fairly warm, leading to strong undertones of red fruit such as cherries and raspberries.

The wines produced in Morgon generally have a fuller and more thick body when compared to other Beaujolais regions. For this reason, the wines of Morgon are extremely food friendly and contain enough acidity for a well-balanced and cohesive wine.

Domaine Jean Foillard Morgon Cote du Py is one of the most famous wines in the entire world and is often people’s first introduction to the Beaujolais region. At under $30 per bottle, it represents a fantastic value for a full-bodied Gamay with fantastic balance. 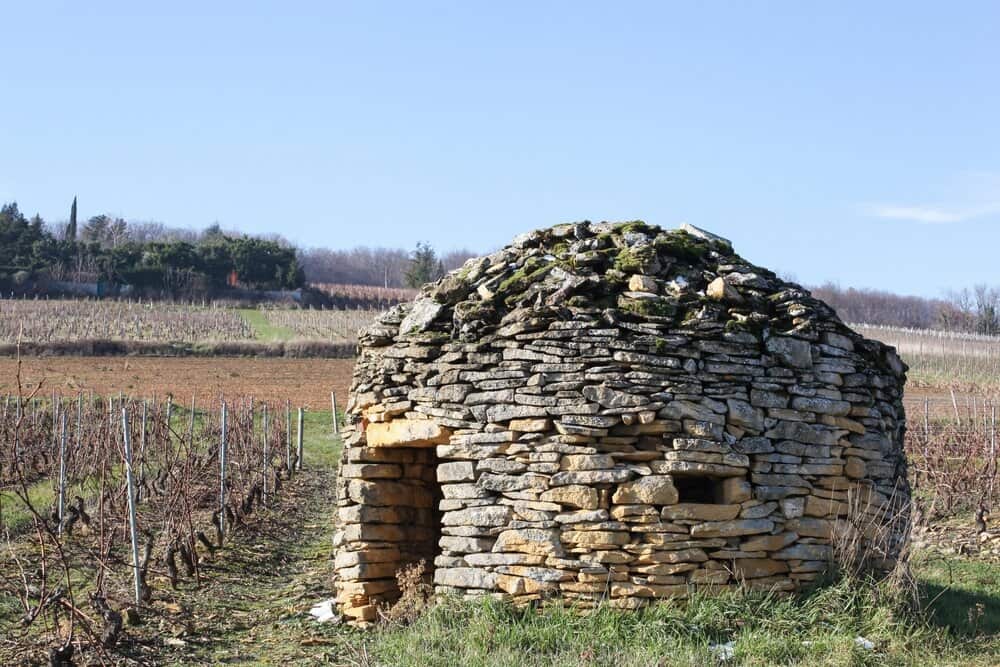 While the region of Régnié is one of the southernmost areas in all of Beaujolais, the wines produced there are some of the lightest in the entire area. The reason for these light and bright wines is the elevated location of the vineyards.

The wine grapes produced in Régnié are grown further west than any other region in Beaujolais, and the majority of them are grown at elevation on slope sides. The elevation leads to lower temperatures, resulting in a grape with bright acidity and low residual sugar.

One of the most popular bottles of wine from the Régnié region is Domaine Julien Sunier Regnie. This affordable bottle of light and refined Gamay has received high marks from some of the most respected wine critics in the world including Jancis Robinson. 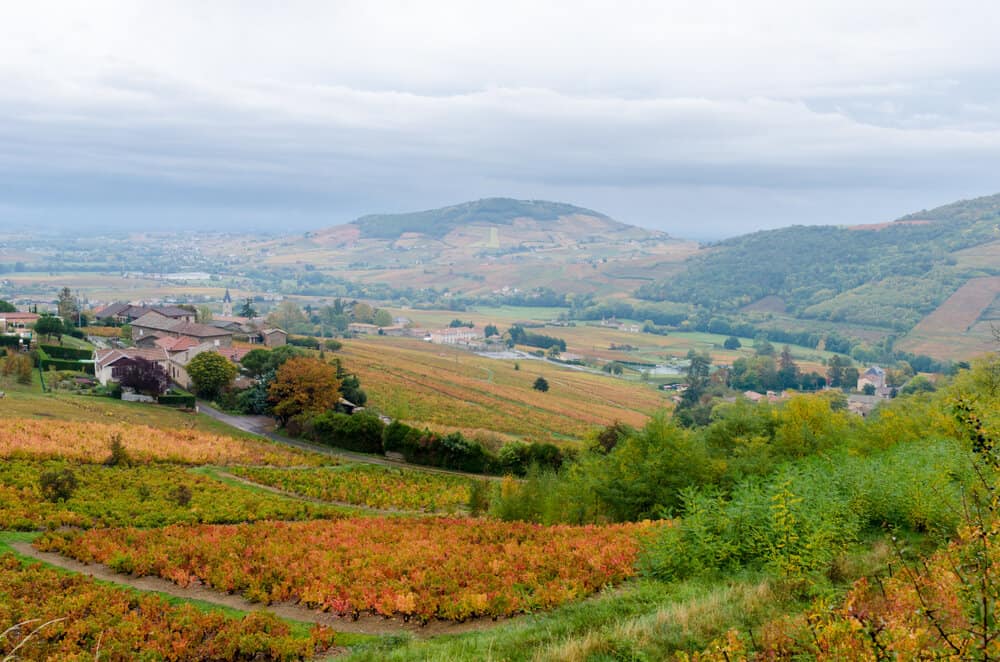 Brouillly is a southern region of Beaujolais that is home to a water climate and more full-bodied and rich wines compared with the rest of the region. The area also received ample sunshine throughout the growing season, leading to ripe wine grapes full of sugar.

The wine grapes of Brouilly ripen significantly earlier compared to the rest of Beaujolais, and these are usually the first wines to be released to market each season. The consistent heat and sunshine of the region lead to fairly consistent harvests year after year.

Château de la Chaize Brouilly is one of the most famous and easily recognizable bottles of wine from the Cru of Brouilly, and it represents a fantastic value at under $20 per bottle. This bottle has received gold medals at multiple international wine competitions. 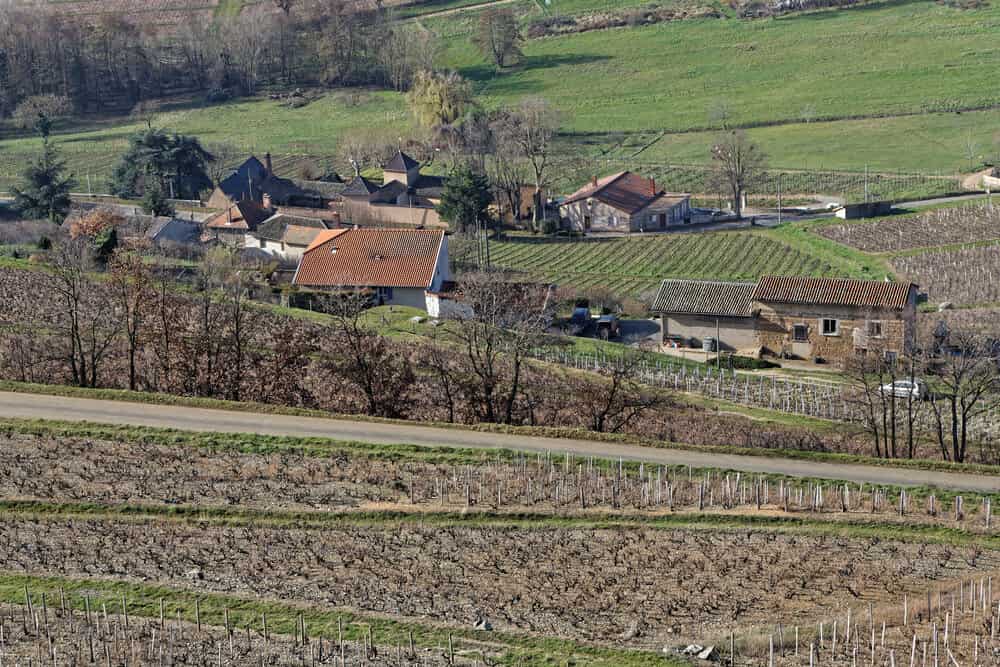 While the Côte de Brouilly and Brouilly Crus of Beaujolais share a common territory and share a similar name, the wines produced in each region are fairly opposite of one another. Côte de Brouilly wines are well known to be light, soft, elegant, and refined.

The two Crus take vastly different approaches to winemaking using the same wine grapes grown in the same region, and the contrasting results are quickly evident in the glass. Brouilly wines are fairly earthy and deep, while Côte de Brouilly produces very refined and elegant wine.

Chateau Thivin Cote de Brouilly is a very widely distributed bottle of Gamay that is produced in the typical Côte de Brouilly style. This is one of the most recognizable bottles of Beaujolais in many parts of the world and has developed a following in many countries.

Beaujolais is considered by many wine enthusiasts to represent the best value in all of wine. The balanced red wines produced here are easy to drink and provide a distinct harmonious blend of acid and light tannins.

Also, check out our list of wine regions around the world to help deepen your knowledge of wine! 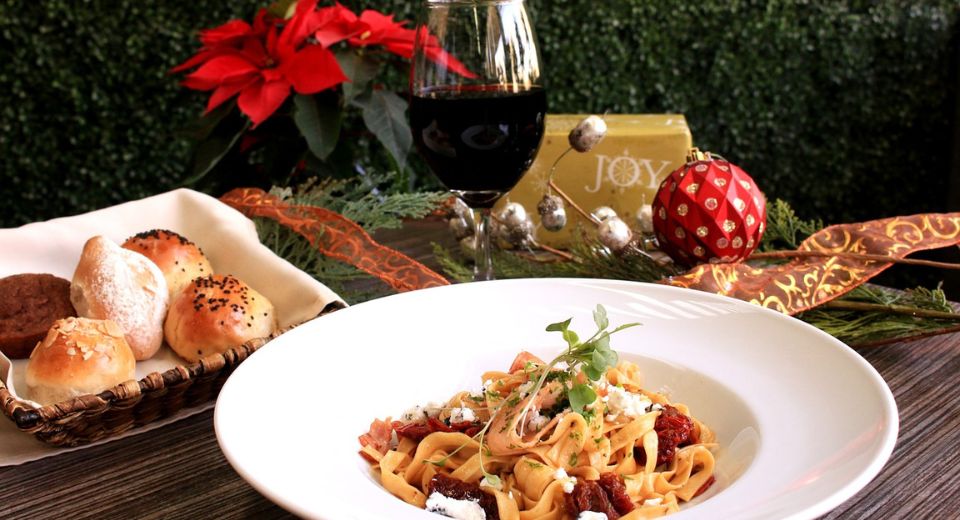 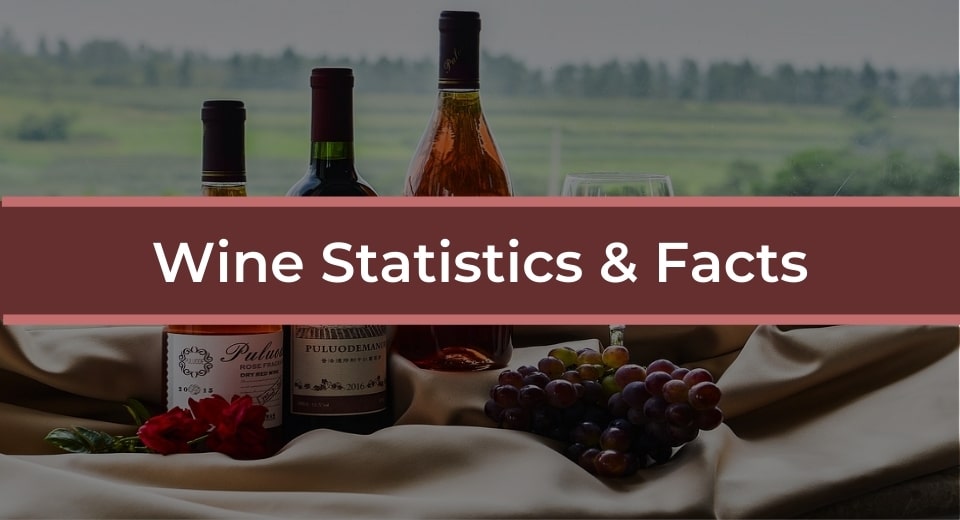 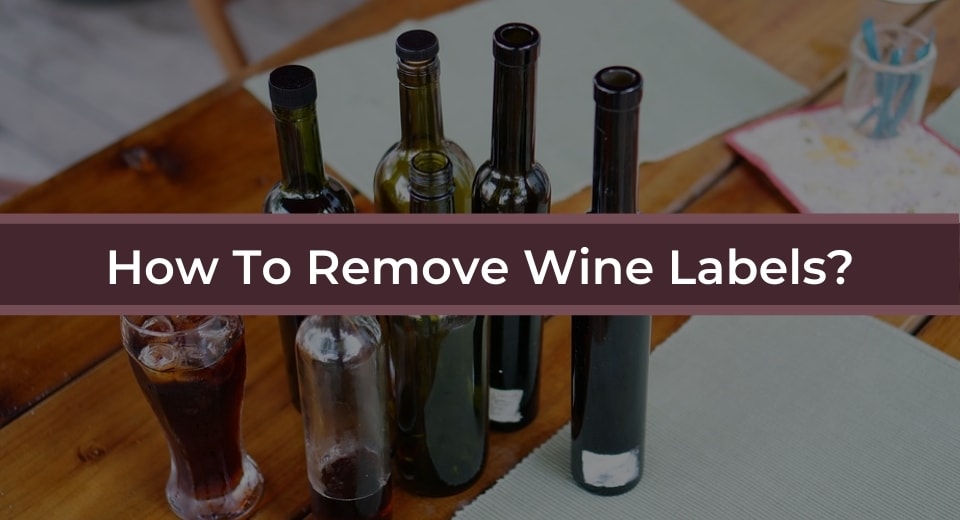 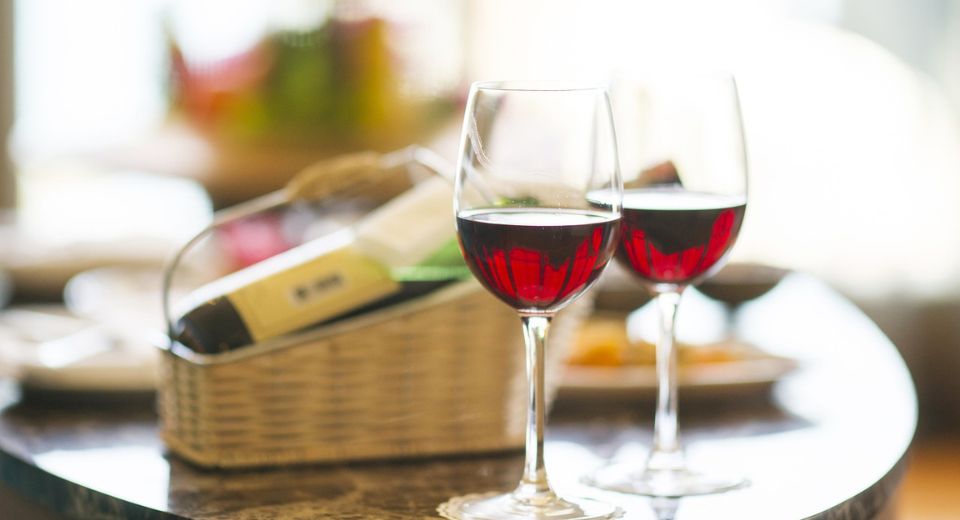 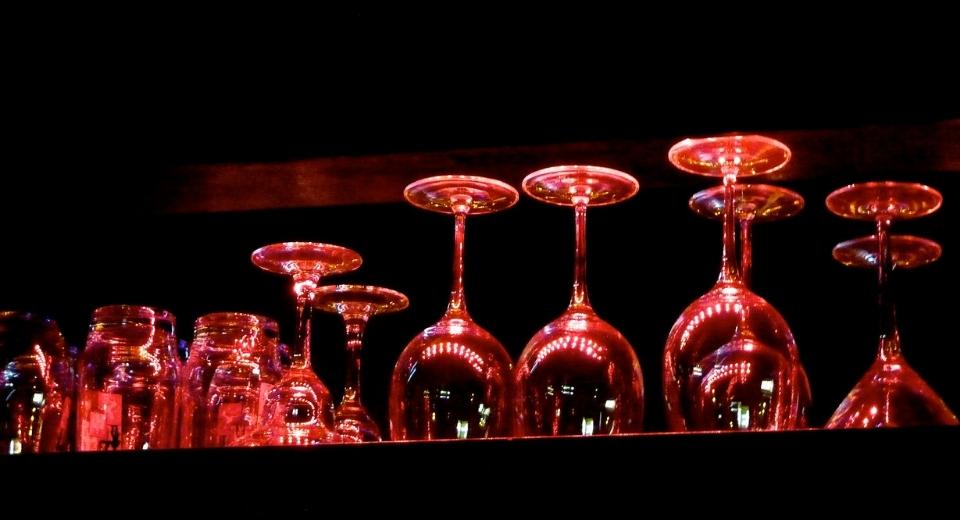 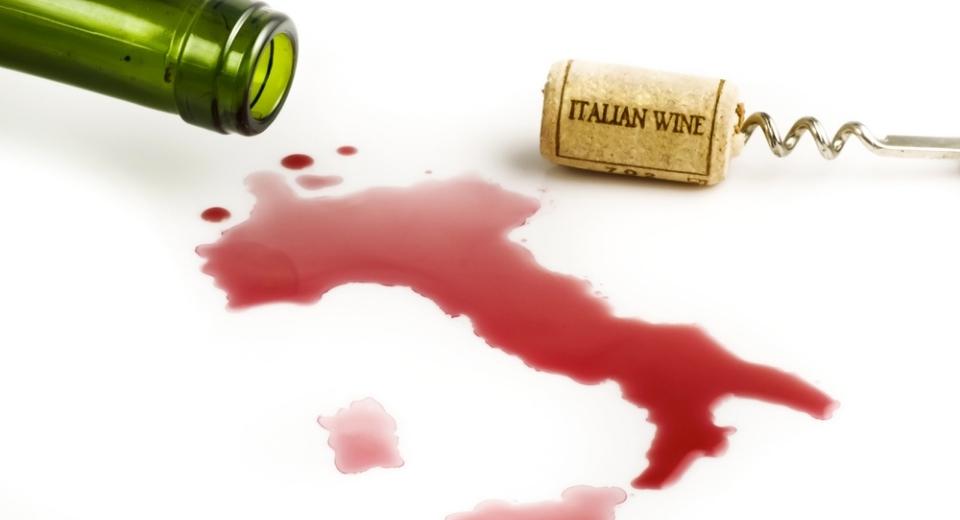