Unlike other spirits such as whiskey or rum, vodka has a surprising number of things that it can be distilled from.

This includes fruits, honey, maple, and even quinoa! But purists in parts of eastern Europe will insist that only vodkas made from potatoes or grains can carry the name.

And while we don’t plan on taking on the traditionalists in the semantics of what constitutes vodka or not, we are taking the top two fermenting ingredients head-to-head to see in the debate of potato vodka Vs grain vodka which, if any, will come out on top. 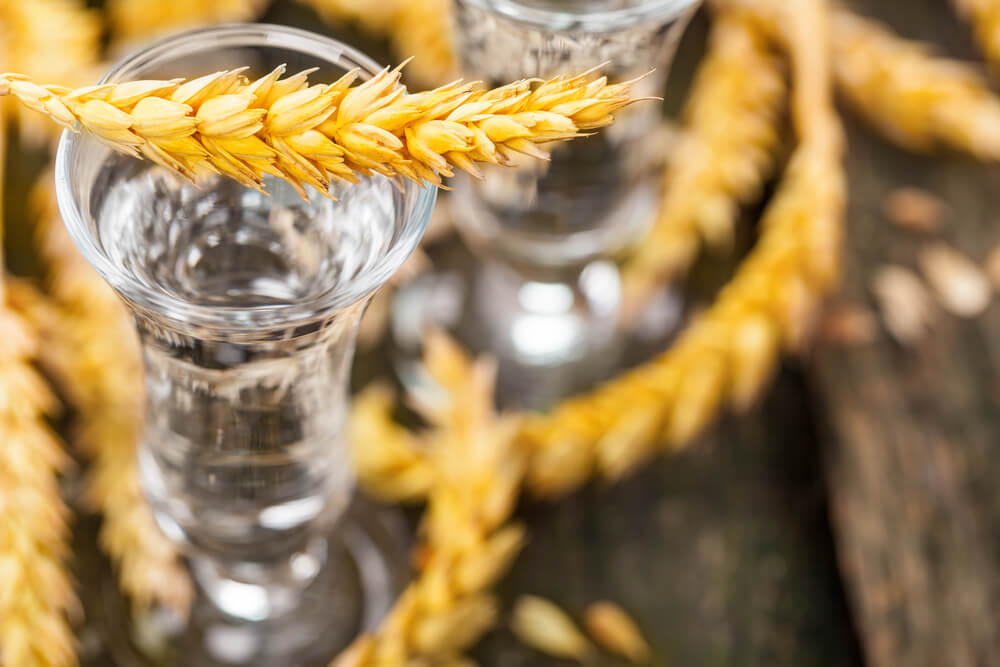 Contrary to widespread belief, there is only a small percentage of vodkas that are made with potatoes nowadays.

Though it was once the most common distiller at one point in time, grain distilling has become a lot more popular in recent years.

While each type of vodka has its own characteristics, there are several reasons why any one person would prefer one over the other. These include things such as intention, taste preferences, diets, and/or allergens.

For example, potato-based vodkas are known for having a distinct taste that many people prefer when drinking straight or neat, while the lack thereof makes grain-based vodkas better for mixing in cocktails.

Be that as it may, to us, there are no losers when it comes to potato vodka vs grain vodka. 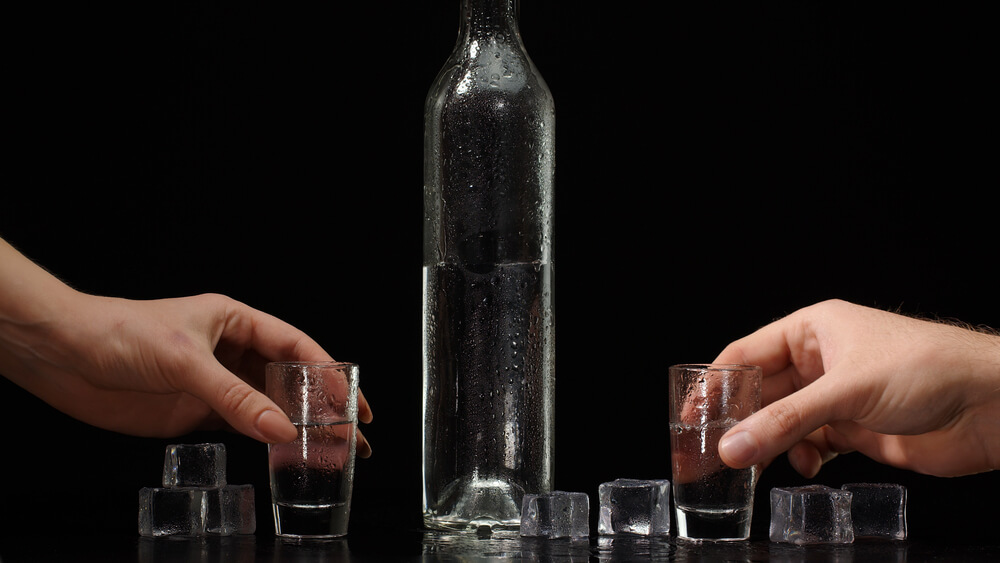 How are they made?

While the potato vodka and grain vodka aren’t made with the same base ingredient (surprise!), they are generally made using the same process:

“Mashing” refers to the mixture of the grains or potatoes, water, and yeast that is left to ferment to produce ethanol (i.e. alcohol). The raw spirit is then distilled to purify it and filtered to get rid of any unwanted elements that would affect the product’s flavor, texture, or overall characteristics.

Many brands distill their vodka more than once to create, according to them, a higher quality product, while other brands don’t turn to multiple distillations at all.

Grey Goose, for instance, attributes its quality French ingredients and spring water as the reasons for distilling its vodka only once.

Depending on the purity of the water used in the vodka, the vodka may have to get filtered before bottling. This filtering happens through charcoal, specialized rocks, or quartz crystals to further remove unwanted elements. 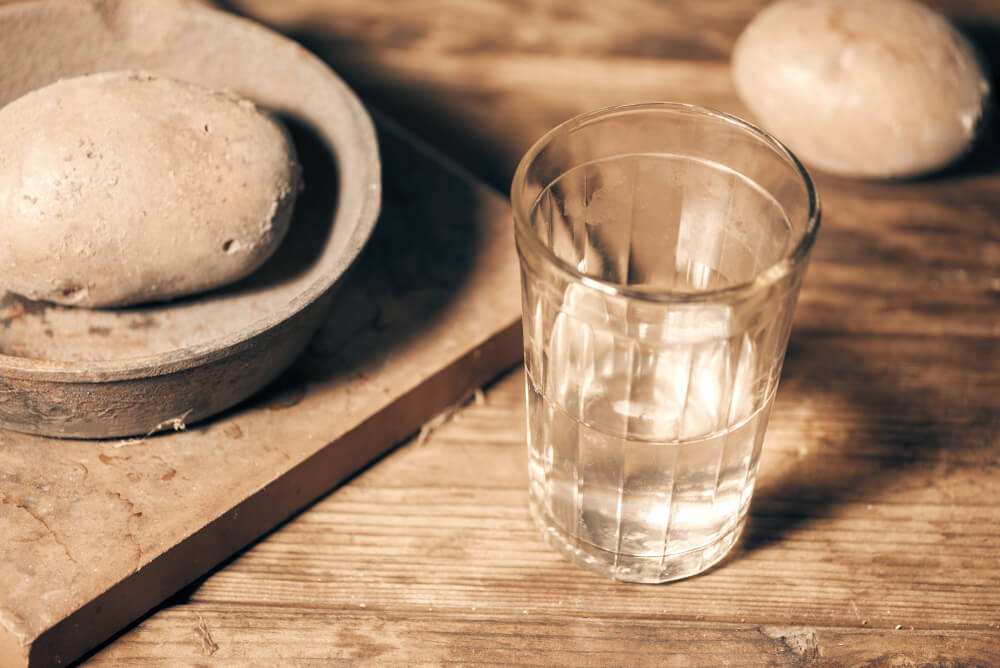 Potato vodka is made from potatoes while grain vodkas are made from numerous types of grains. These include wheat, rye, maize, corn, sorghum, and barley, and out of all of these, wheat has been dominating vodka production in recent years.

Aside from the base, water is the other main ingredient that any vodka is made from. Brands have resorted to using the purest water that they can find in order to have purer vodka than their competitors.

Some of the most well-known potato vodkas, include Woody Creek, Karlsson’s Gold Vodka, Zodiac as well as Chopin Potato Vodka.

Absolut, Grey Goose, Ketel One, and Chopin Wheat Vodka are all famous brands made from wheat while Smirnoff is arguably the most famous brand that is made from corn.

As far as similarities go, both types of vodka undergo the same production process which is fermentation, distillation, dilution, and filtration. All vodka must have a minimum ABV of 40% (in the US) to be classified as vodka.

Many people believe that potato vodka has more flavor and more of a distinctive taste than grain-based vodkas. Therefore, if the character is what you’re after when it comes to vodka, potato-based vodkas would be a good choice.

If you’re looking for vodka to mix in cocktails, the flat flavor in grain-based vodkas is said to be the better choice as there is no significant flavor trying to compete for taste on the pallet.

There is a widespread misconception that only potato vodka is gluten-free, but this is not the case. Vodkas that are made from grains, even wheat, are gluten-free as well and this is due to the distillation process that removes all gluten from the finished product.

That said, some vodkas might contain gluten when it’s added afterward.

How to drink potato vodka/grain vodka.

There is no hard and fast way to drink one type of vodka over the other, though, it is generally accepted that potato has a richer and fuller flavor over grain vodka.

Therefore, acquired palates would find more value in having potato vodka neat or on the rocks, while grain-based vodkas would be better in cocktails.

That being said, this is only a suggestion, it’s by no means wrong to enjoy either type of vodka in any way that vodka is traditionally drunk, which is neat, chilled, on the rocks, mixed, or in a variety of cocktails.

Strictly speaking, vodka can be made from anything that ferments. So, should you want to explore vodkas outside of grains and potatoes, you’ve got quite a number of options available to you.

In addition to the traditional potato and grain bases, vodkas can be from sugar cane molasses, maple, honey, or just about any fruit in existence. And, subsequently, these will all differ in taste which does make them worthwhile to check out as the base ingredient still impacts flavor and texture.

For instance, corn produces a subtle sweetness, while fruit-based vodkas exhibit, yes, fruity notes. Then there are ingredients like quinoa and whey, whose characteristics are likely more difficult to imagine in your liquor, but they play important roles nonetheless.

Traditionally, vodka was made by distilling liquid from fermented cereal grains while potatoes have been used in more recent times.

The ABV strength in potato vodka and grain vodka will differ from brand to brand, but an ABV of at least 40% is required for a neutral spirit to be legally classified as vodka in the US.

In recent years, grain vodkas have been the most popular and the most widely produced. Though, potato vodka it still holds some popularity due to its unique taste.

What is grain vodka made from?

Yes, pure, distilled vodka, even if made with wheat, barley, or rye, is considered gluten-free. Most vodkas are safe for people with celiac disease because of the distillation process.

Does potato vodka have more calories than regular vodka?

Just like other types of vodka, there are 97 calories and 0 grams of carbs in potato vodka per 1.5-ounce shot.