Both Sailor Jerry Spiced Rum and The Kraken Black Spiced Rum are relatively new additions to the Spiced Rum market. However, they have become popular, and their value in the market is increasing steadily.

Many have tried to differentiate what makes one better than the other. Personal preferences can determine that. If you want to know which brand will suit your taste based on the flavor and strength of alcohol presence, hopefully, this article will help you decide.

Sailor Jerry Ltd started as a clothing store in Philadephia, producing t-shirts and accessories featuring the tattoo artwork of Norm Collins; AKA Sailor Jerry, regarded as a pioneer of tattoo art.

In 1991 the company created Sailor Jerry Spiced Rum, featuring a Sailor Jerry hula girl on the label. As the bottle empties, additional pin-up girls designed by Sailor Jerry become visible on the inside of the bottle.

Sailor Jerry Spiced Rum, made in USA Virgin Islands, sources the best rums from the Caribbean to create a bold 92 Proof rum with solid notes of cinnamon and vanilla. Sailor Jerry is a rum that suits cola, ginger beer, or cocktails. 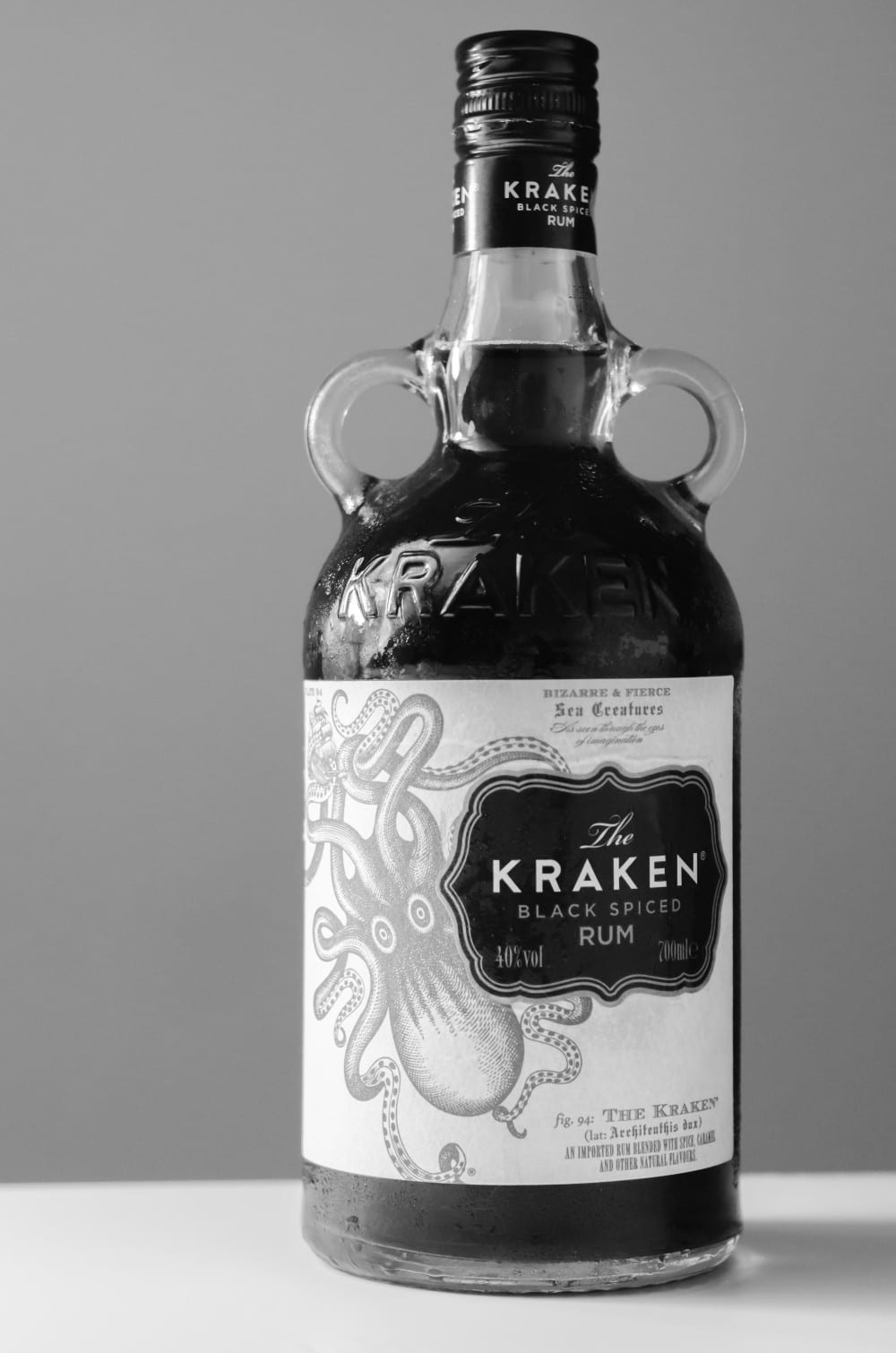 The Kraken bottle, styled after the Victorian rum bottle with two loop handles, is based on the tradition of hanging the bottles to prevent breakages. The black and white label features an illustration of a Kraken Sea Creature.

Kraken Black Spiced Rum is black with hints of brown when held to the light. This 94 Proof rum has a thick creamy taste with vanilla, cinnamon, cloves notes, and a long peppery spiced finish that can be sipped straight or mixed with cocktails and a whole range of mixers.

What are Sailor Jerry and Kraken Spiced Rums Made From? 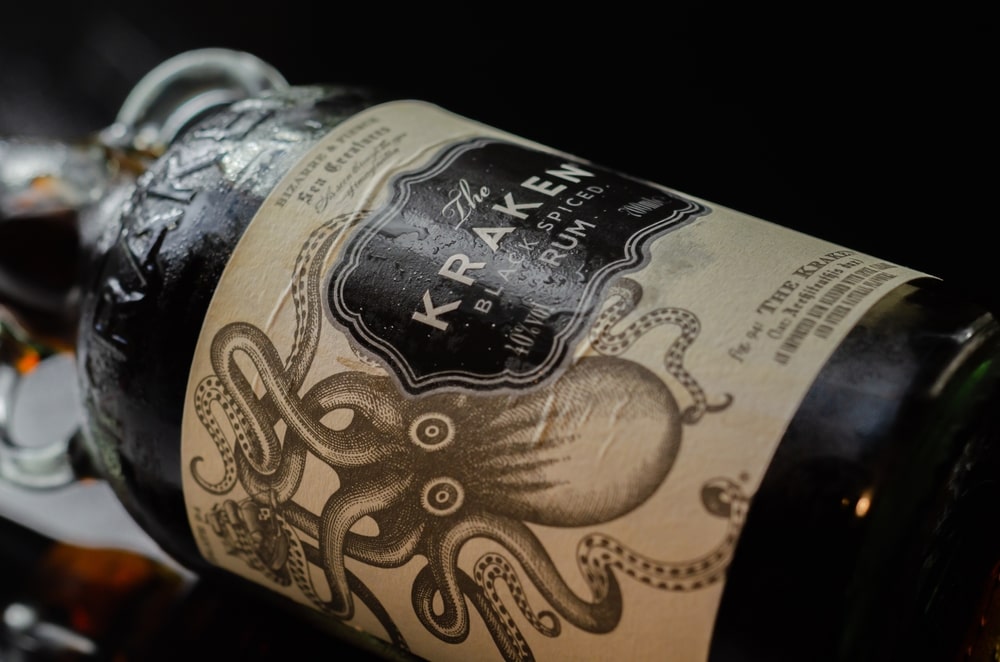 Sailor Jerry Spiced Rum consists of a selection of quality rums produced in the Caribbean and blended with natural spices of a secret recipe. Notes of vanilla, cinnamon, cloves, and ginger are detected.

The Kraken Black Spiced Rum uses rum produced at the Angostura Distillery in Trinidad and then blended with a secret mixture of 11 spices.

Sailor Jerry rum blends a variety of selected rums from distilleries in the Caribbean and infuses these rums with a blend of spices and natural flavors. The recipe is based on the tradition of sailors using various ingredients to improve the taste of their rum rations.

The Kraken Black Spiced Rum uses rum produced at the Angostura Distillery in Trinidad. The process used is as follows:

Although Captain Jerry has a golden color and The Kraken is a dark rum, they both have a strong alcohol % with Sailor Jerry at 46% ABV and The Kraken at 47% ABV.

Both are spiced rums and are best when mixed with cola, ginger beer, or blended into cocktails.

Sailor Jerry Spiced Rum uses all-natural spices and flavors blended with specially selected rums from the Caribbean to give this rum its distinct, rich, warming taste. Sailor Jerry is a dark rum with a deep, clear golden color.

Sailor Jerry Spiced Rum is the only variety produced and marketed by William Grant & Sons, with 46% ABV or 92 Proof.

In 2010, to appeal to a larger audience in the UK, Sailor Jerry modified its formula to provide a sweeter taste and reduced alcohol strength to 35% ABV.

The Kraken Black Spiced Rum is 94 Proof or 47% ABV. This alcohol percentage is significantly higher than most spiced rums, making it a bolder and more effective mixer in cocktails.

It has a rich, slightly sweet, spicy flavor with vanilla caramel and cinnamon notes.

The flavor is similar to the 94 Proof Kraken but is darker, smoother, and rich in vanilla.

The Kraken Roast Coffee is a 66 Proof spiced rum infused with natural flavors and coffee beans, creating bold, rich, smooth flavors that can be enjoyed neat or perfect for cocktails requiring a coffee flavor.

How to Drink Sailor Jerry and Kraken

Sailor Jerry has strong caramel and vanilla flavors with a finish that is not hot or has a harsh taste for a rum of 92 Proof, making it enjoyable to drink straight or on the rocks.

Combine all ingredients in a cocktail in a shaker and Shake until well chilled and frothy. Pour in a highball glass filled with crushed ice. Garnish with a pineapple wedge, cocktail cherry, and mint sprig. 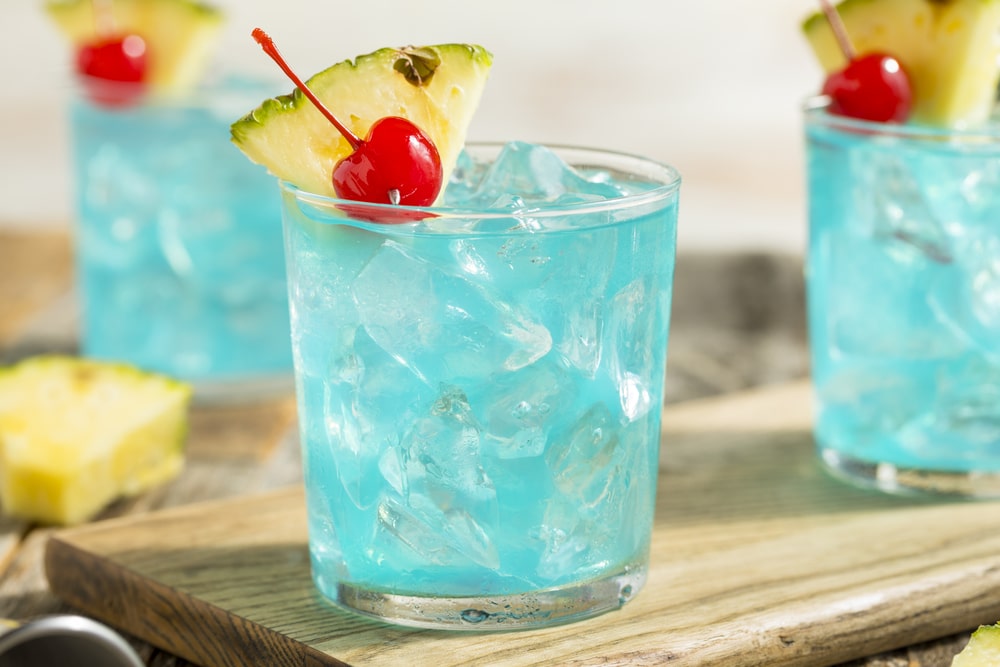 Mix all ingredients in a cocktail shaker with ice till chilled and pour into a daiquiri glass filled with crushed ice. Garnish with maraschino cherries and pineapple chunks

The Kraken Black Spiced Rum is a strong rum of 92 Proof with a smooth, rich flavor and can be enjoyed straight or on the rocks. It enhances the taste of mixes like; Ginger beer, Apple Cider, Pineapple juice, and lemonade.

Mix all ingredients with ice in a cocktail shaker, strain, and serve in a chilled cocktail glass

Build over ice in a Highball glass. Stir and serve

Bacardi Select has a 40% ABV whereas Sailor Jerry is considerably more potent at 46% ABV. Both are more popular in mixed drinks but are smooth enough to enjoy straight

Captain Morgan and Sailor Jerry offer spiced rum at similar prices. They can be enjoyed straight or on the rocks but are better mixed with cola or ginger beer or blended into cocktails. They are two of the best-selling spiced rums worldwide.

The following Rums are alternatives to The Kraken Black Spiced Rum

Bayou Spiced Rum has a similar price to The Kraken Black Spiced Rum and is a worthy alternative if you a looking to try a high-quality Spiced rum.

Goslings Black Seal Rum is a rich, extremely dark rum with intricate flavors balanced with butterscotch, vanilla, and caramel notes. A complex and unique rum well worth tasting as an alternative to Kraken Black Spiced  Rum.

Sailor Jerry has rapidly increased its sales and popularity and is now close to Captain Morgan as the most popular spiced rum worldwide.

Although Kraken is relatively new to the spiced rum market. Proxima Spirits has a great marketing strategy, and Kraken Rum is now the most popular spiced rum in Australia and catching up to Captain Morgan and Sailor Jerry rapidly in the US and the Uk. 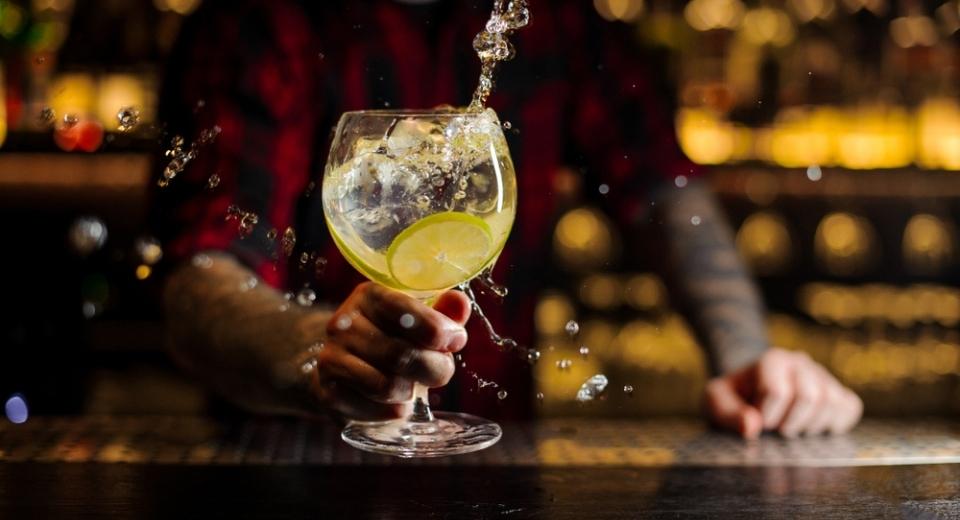 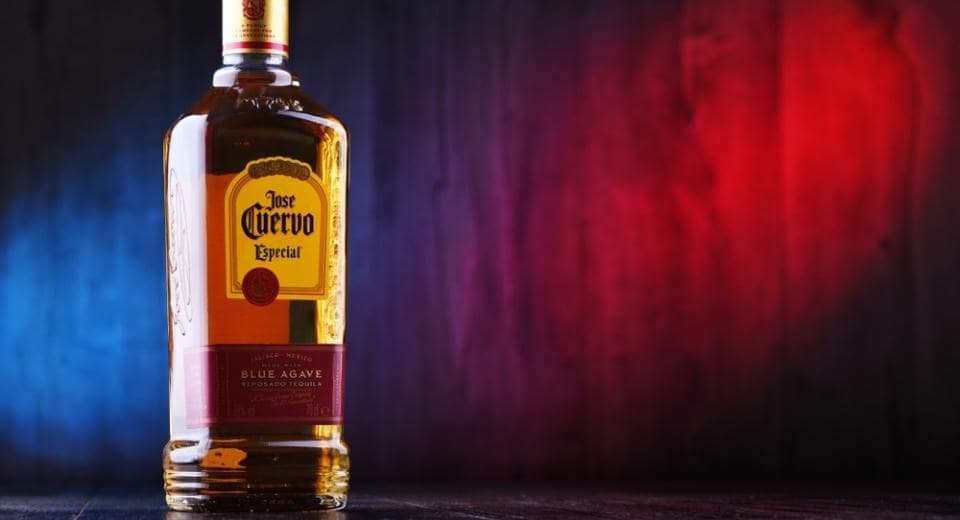 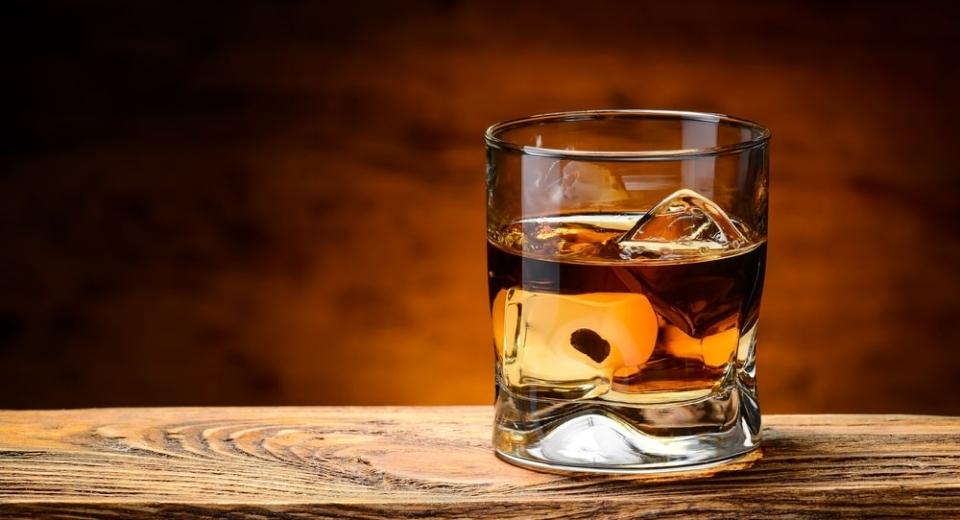 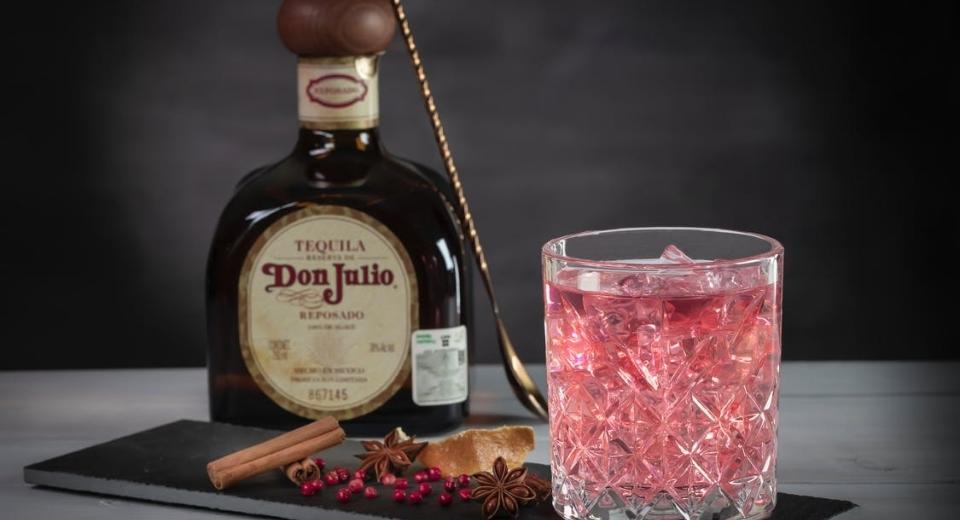