Amaretto is an almond-flavored liqueur that originated in Italy but is popular around the world. The name amaretto means “a little bitter,” which describes the flavor of this delicious liqueur. Amaretto was invented in Italy in 1851.

The almond-flavored liqueur is a classic, popular addition to cocktails and other mixed drinks. Amaretto is made from a base of apricot pits or almonds.

Amaretto is usually used as a mixer for cocktails, but it can be enjoyed straight or over ice as well. It has a bitter-sweet taste that most people find highly palatable.

It also has an underlying bitter flavor and aroma that balances out its sweetness and adds complexity to the flavor profile.

It can also be used as an ingredient in desserts and cakes like chocolate truffles, tiramisu, and amaretti biscuits. 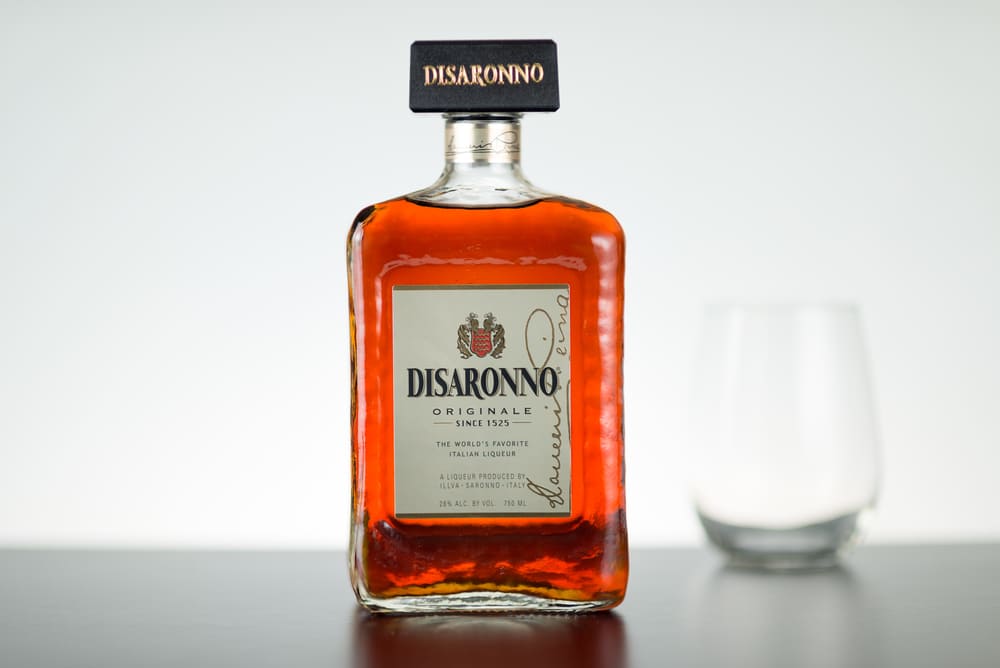 Amaretto is a bitter-sweet, almond-flavored liqueur that originated in Italy during the 16th century. Since then, it’s become a staple of after-dinner drinks, coffee, and cocktails.

The Lazzaroni family of Saronno, Italy, claims to have invented Amaretto. They invented a recipe for Lazzaroni Amaretto cookies around 1786. The amaretto liqueur was later created in 1851 by infusing cookies with alcohol and caramel.

However, the first written mention of Amaretto was in 1525, when the Renaissance painter Bernardino Luini was working on a fresco of Mary Magdalene for the Church of San Francesco in Saronno.

A legend states that Luini used the daughter of an innkeeper as his model, and she fell in love with him. To express her feelings, she gave him a gift of apricot kernels coated with sugar.

So grateful was he for this gift that he immortalized her in one of his paintings. The innkeeper decided to create a cordial from the recipe that resulted in amaretto di Saronno.

How is Amaretto made?

The word “Amaretto” means “a little bitter” in Italian, a reference to the almond flavor.

The most popular flavorings used in making amaretto are almonds and apricot kernels. The former provides the characteristic nutty flavor, while the latter contributes a subtle fruitiness.

Some brands use the whole kernel, while others use only the seed inside it. Whole kernels are usually placed inside bottles of amaretto to give it color and texture, but they’re not actually used to make the spirit itself.

Are there different types of Amaretto? 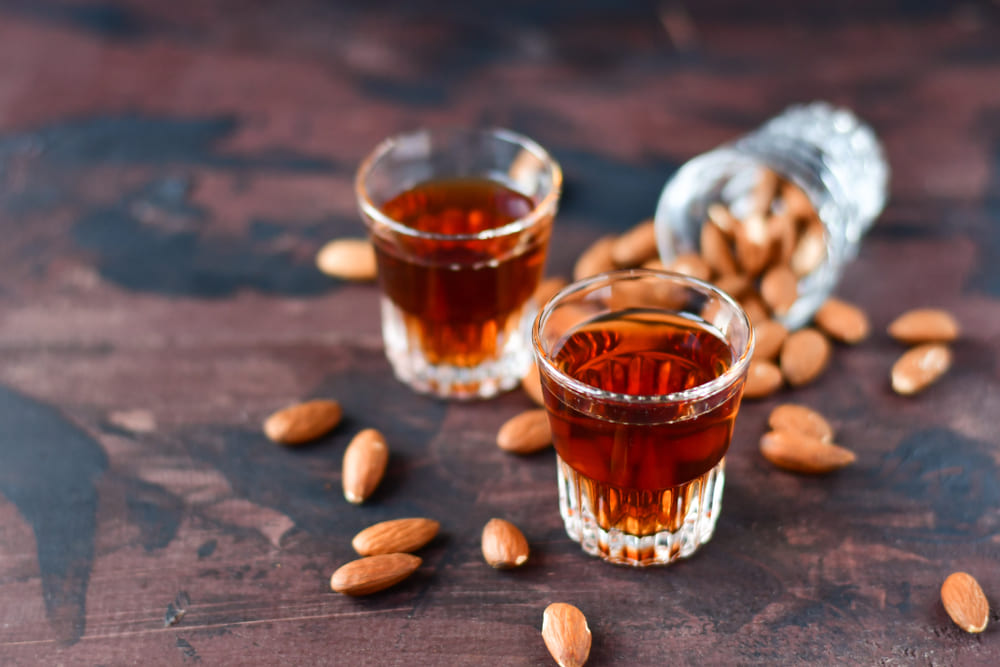 Amaretto liqueur is an Italian alcoholic beverage that originated in Saronno, Italy. Different types of amaretto vary in sweetness and quality based on the ingredients used to make it.

With its unmistakable bottle and smooth, sweet taste, Disaronno is one of the most popular amaretto-flavored liqueurs available.

While there are hundreds of brands available, Disaronno Originale stands out for its unique flavor profile and iconic bottle.

Forty-five years ago, Gaspare Campari began crafting a liqueur in his native Italy. Unlike other amarettos, Disaronno Originale is not made from apricot or almond fragments but from burned sugar and the pure essence of seventeen herbs and fruits.

It has an amber hue and a distinct bittersweet almond taste.

Di Amore Liqueur Amaretto is a sweet, fruity liqueur that originated in Italy. It’s made with almonds, apricot pits, and vanilla beans.

Di Amore Liqueur Amaretto is made with the highest quality ingredients. Its sweet, almond flavor makes it delicious to enjoy alone or mixed in your favorite drink.

Di Amore Liqueur Amaretto has a strong almond flavor with hints of vanilla and cherry. It’s considered a cordial liqueur because of its sweetness.

Gozio Amaretto is a brand of amaretto liqueur, produced in Italy by Distillerie Franciacorta, a company based in Gussago, Italy.

Gozio Amaretto is a superior liqueur made from choice bitter almonds and aged for at least sixty days. The Gozio family has been making liqueurs and cordials for over 500 years.

This smooth, easy-to-drink liqueur makes a great dessert topping or cocktail ingredient, too!

What is the difference between Amaretto and Disaronno?

Disaronno Originale is the brand name of an amaretto-tasting liqueur produced in Italy. It does not contain any almonds (it’s an amaretto liqueur), whereas Amaretto does.

While both types of amaretto have a distinct almond flavor, Disaronno tastes less sweet overall and has a stronger almond taste than Amaretto.

How to drink Amaretto?

Amaretto is a sweet Italian liqueur with a distinctly nutty and almond flavor. This makes it suitable to be drunk straight up neat or on the rocks, but it is also often used as an ingredient in cocktails.

Here are some of the most commonly used ways to drink Amaretto:

The best way to taste the richness of the Amaretto is to drink it straight. The almond flavor isn’t too strong, so it doesn’t overwhelm your senses. Drinking Amaretto neat means that you drink it at room temperature without adding other ingredients.

Pairing amaretto with cola gives you that sweet, nutty flavor with a soft punch of cola at the end. It’s perfect if you’re not in the mood for hard liquor but still want something to sip while relaxing at home.

Sometimes, when you have a cold or when it’s raining outside, all you need is a hot drink to help warm your body up. You can mix hot chocolate with amaretto to give your drink a little edge. Add whipped cream on top for extra indulgence!

Amaretto has a sweet almond flavor that blends well with many other flavors and liquors.

One of its most famous mixed-drink uses is in an amaretto sour, which is generally made with amaretto and lemon juice but can include additional ingredients such as orange juice or even grenadine.

It can also be used in more complex cocktails, like the Godfather (amaretto and scotch), Heaven’s Gift (amaretto, gin, and champagne), or Alabama Slammer (amaretto, Sloe Gin, Southern Comfort, and orange juice).

Amaretto has a distinctive flavor that goes great with desserts. It can be used as an ingredient in baked goods like cakes or cookies, or it can be poured over ice cream for a tasty topping! It’s also often used as a flavoring for coffee. 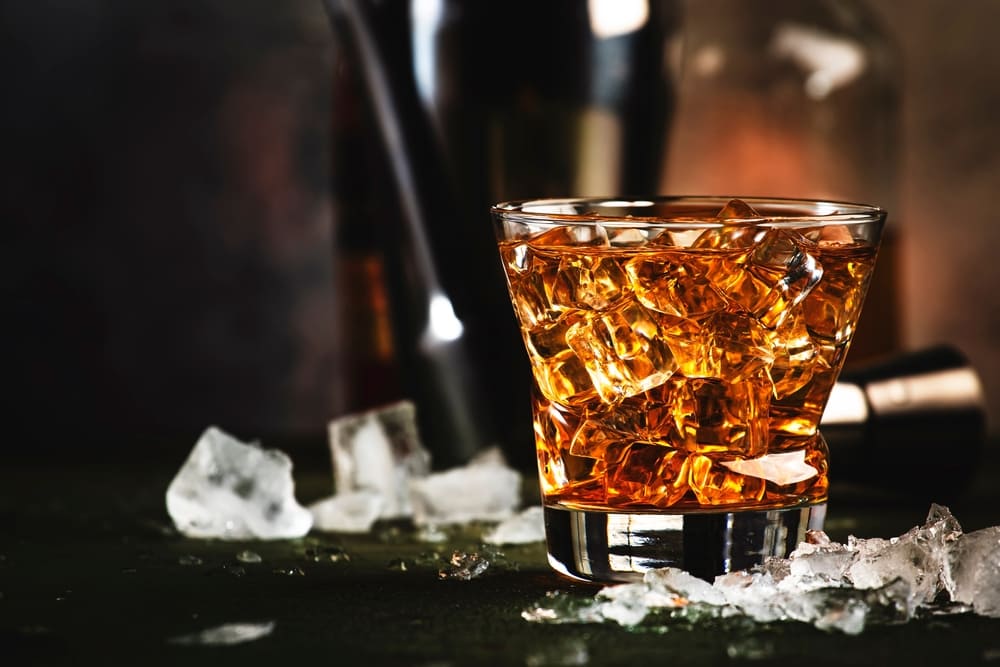 Amaretto is one of the most popular gluten-free alcohols available on the market. Although not all versions are made the same, many distilleries use only natural ingredients to make their amaretto.

The main ingredient in amaretto is apricot kernels. Apricot kernels are gluten-free — there’s no question about that.

The alcohol also goes through a thorough distillation process that guarantees a gluten-free drink. Amaretto also contains ingredients such as almonds and peach stones, none of which have anything to do with wheat.

Amaretto comes in many different-sized bottles, from small single-serving bottles to large bottles. You can typically find small bottles of Amaretto for about $1 per serving or around $15 for a 750-milliliter bottle. The larger liter-sized bottles cost approximately $25 each.

Amaretto prices vary depending on where you live, the brand you buy, and even how large the bottle is that you purchase.

In some cases, the cost can be as low as $10 for a tiny bottle at your local grocery store; in others, you might pay over $100 for a top-shelf brand. Brand-name Amaretto typically costs more than generic brands because marketing costs are built into their prices.

For example, while a 750-milliliter bottle of generic Amaretto costs about $15, the same size bottle by DiSaronno costs around $30 to $35.

Following is the price for the bottle of Amaretto by DiSaronno:

How to store an Amaretto?

The best way to store a bottle of Amaretto is to keep it in a cool, dark place away from sunlight and heat.

Amaretto can last for many years without going bad. The liqueur will not spoil or go bad over time, but the flavor may change slightly.

It is usually sold in tinted glass bottles that protect the liqueur from excessive light exposure and prevent spoilage.

Once opened, Amaretto can be kept in the refrigerator. If unopened, you can store it in the pantry or kitchen cupboard, but away from heat or sunlight.

3 Amaretto cocktails you should try!

Amaretto is the perfect addition to any happy hour. Its sweet almond flavor makes it a natural addition to a variety of cocktails, from easy sippers to party-starting punches. Here are three popular cocktails that use Amaretto as a base.

This is the classic Amaretto Sour, the popular cocktail that is made using Amaretto liqueur. It’s a lovely combination of almond and citrus flavors, and it’s just tart enough to wake up your taste buds.

To make an Amaretto Sour, use a shaker to combine

Strain into a rock’s glass over ice. Top up with soda water, if using, and serve with an orange slice and maraschino cherry.

While that may be the original recipe, many modern bartenders prefer to use egg white for its creamy texture and ability to hold onto the drink’s aromatics.

The Godfather is a popular cocktail made with amaretto liqueur and blended whiskey. It is not a complex drink; just two ingredients, but it’s a good example of how easy it can be to make a delicious drink. The name comes from the movie “The Godfather,” which was released at that time and instantly became a hit.

To make a Godfather cocktail, blend 4 tbsp. of blended scotch or bourbon and 1 tbsp. of Amaretto in a mixing glass.

Add ice to the glass, and then mix until the ingredients are combined. Strain the drink into a rocks glass with additional 1 or 2 cubes of ice. The cocktail is now ready to be served!

The sidecar is one of the most famous cocktails, and it is certainly one of the oldest classic drinks that has a place on many cocktail menus to this day. This version swaps out the orange liqueur for Amaretto, an almond-flavored liqueur. The result is a sweet and tasty drink that is perfect for sipping after dinner or as a nightcap.

Mix in a shaker with ice and shake until combined; strain into a coupe glass with orange slices, and serve! 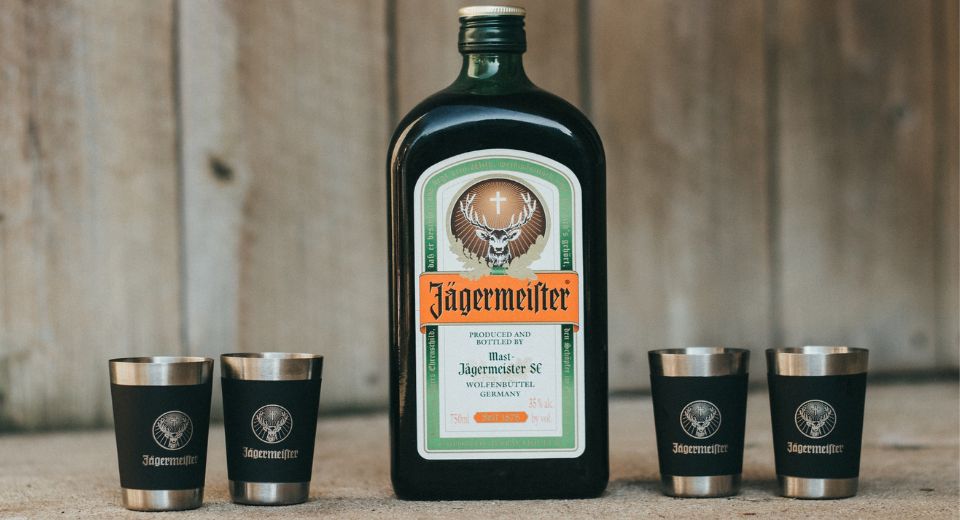 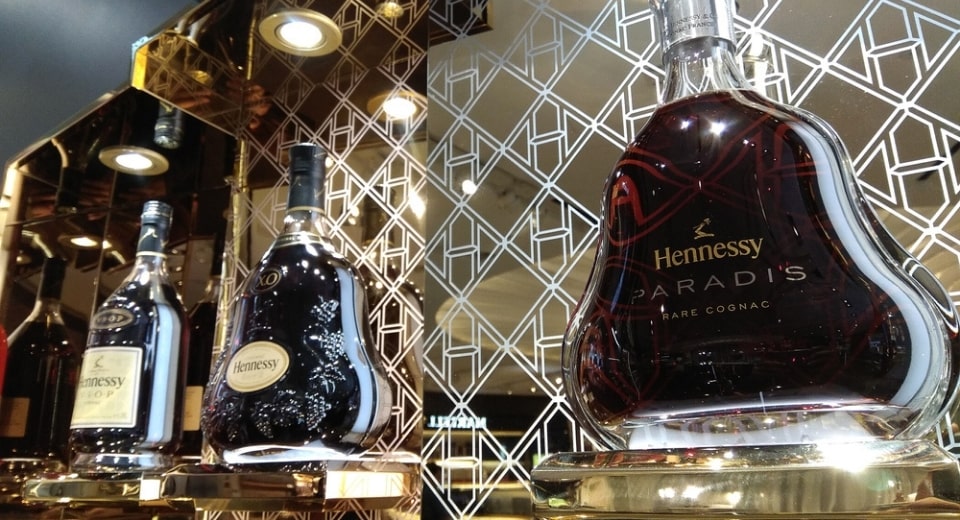 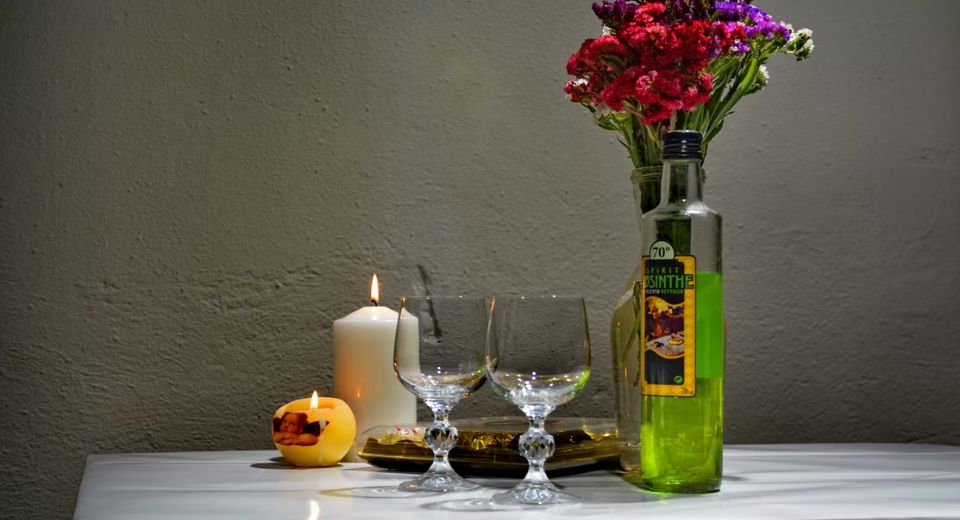 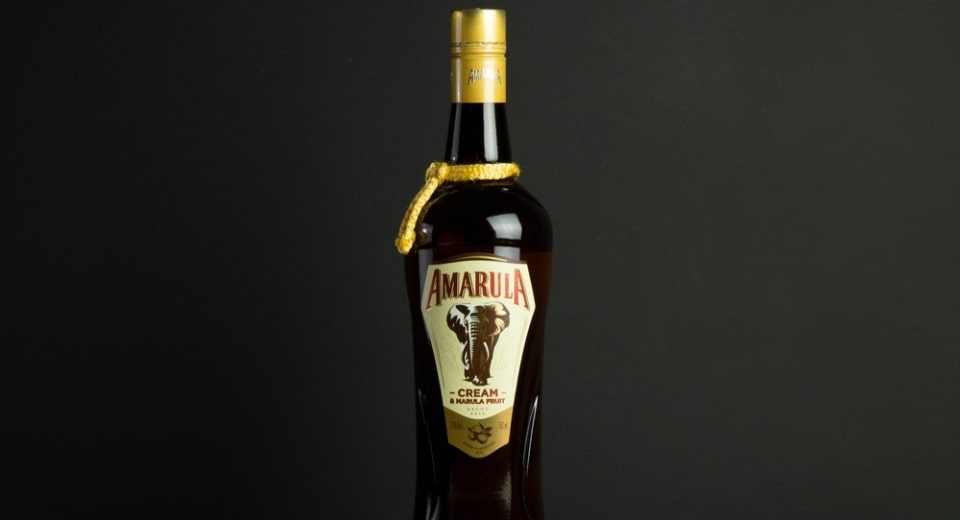 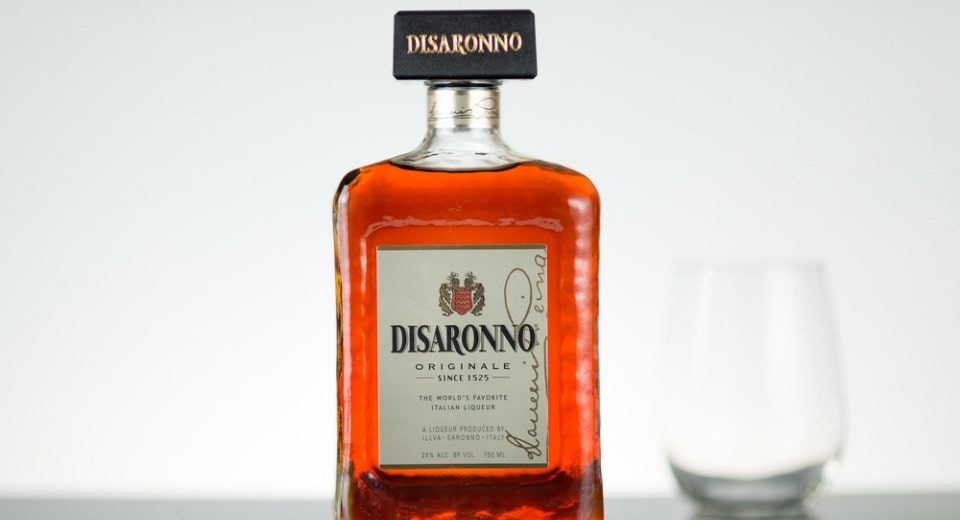 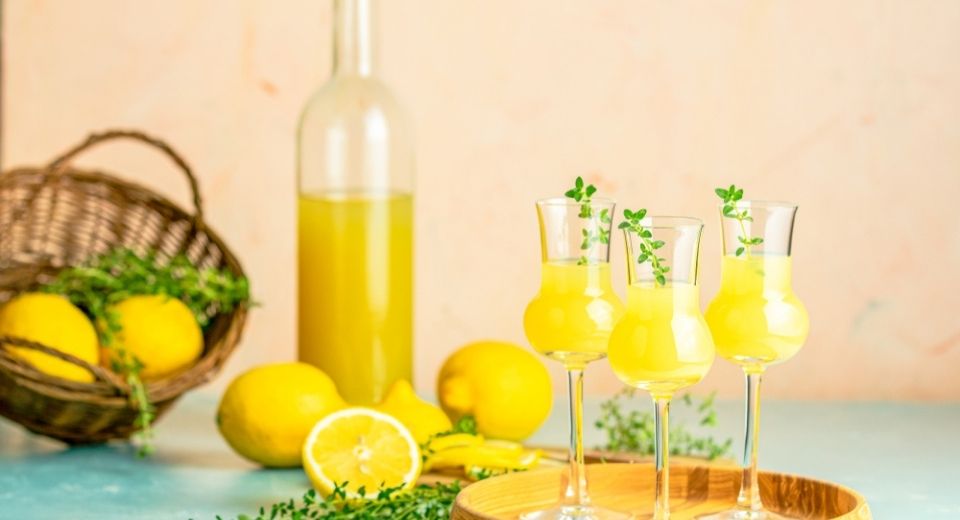