There are many different types of whiskeys, each with its own unique flavor profile. Some are light and sweet, while others are rich and Smokey. However, all of the best whiskeys share one common trait: they must be smooth.

The quality of the grain determines a whiskey’s smoothness used to make it and the length of time it is aged.

The best whiskeys are made from high-quality grains and aged for several years in oak barrels. This process helps to mellow the whiskey, resulting in a smooth and complex flavor.

While there are many different whiskeys to choose from, the following five are some of the smoothest whiskeys on the market. So, the next time you’re in the mood for a drink, try one of these whiskeys below.

Bourbon whiskey is a type of American whiskey made from a mash of at least 51% corn. Bourbon has a distinct flavor profile that is often described as being sweet, rich, and full-bodied. It is typically aged in oak barrels for a minimum of two years.

Angel’s Envy is an award-winning bourbon that is known for its smooth taste. The bourbon is made with a recipe that includes a special blend of wheat, corn, and rye. This combination gives the bourbon its unique flavor profile.

Angel’s Envy is aged in oak barrels for a minimum of four years. This lengthy aging process helps create a smooth, well-rounded flavor.

The bourbon is then bottled at cask strength, which means that it is not diluted with water before bottling. This allows the bourbon to retain its full flavor and body.

Angel’s Envy is a popular brand of whiskey that can be found at most major liquor retailers. The price for a bottle of Angel’s Envy ranges from $35-$45, depending on the retailer. 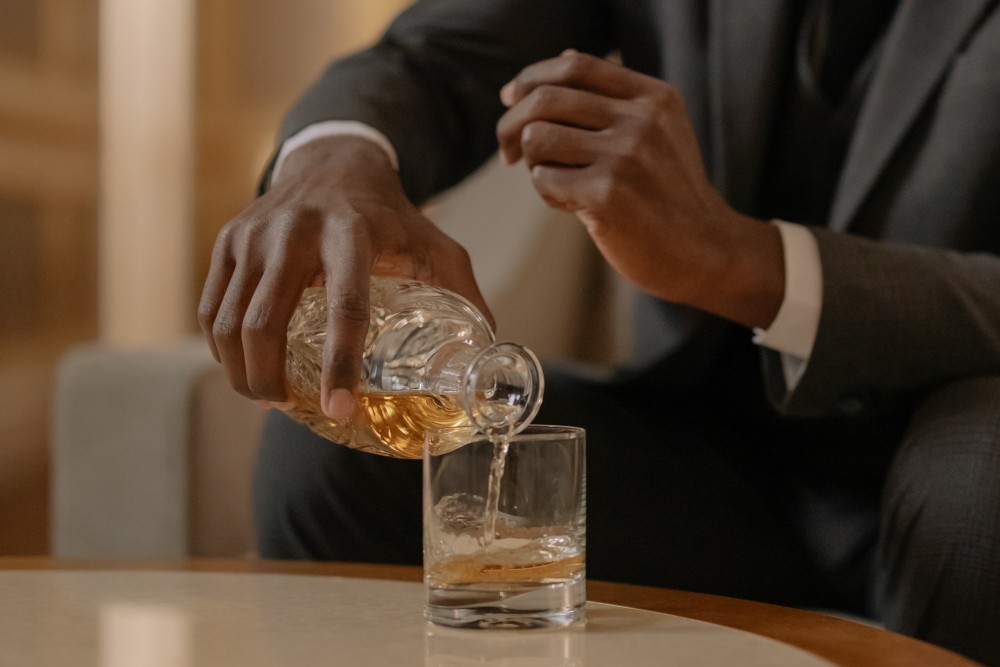 Angel’s Envy is a bourbon that is distilled in Louisville, Kentucky. The bourbon is made from a mash bill of 72% corn, 18% rye, and 10% malted barley.

It is aged for a minimum of 6 years in American white oak barrels that have been charred. The bourbon is then finished in Port wine casks for an additional 3-6 months.

The result is a bourbon with a unique flavor profile that is perfect for sipping neat or on the rocks.

The finish is clean and lingering sweetness with a hint of Madeira that slowly fades.

Irish whiskey is world-renowned for its smooth, mellow flavor. Among the many brands of Irish whiskey,

Green Spot is widely considered to be the smoothest. This is due to a number of factors, including the use of pot stills and a higher proportion of barley in the mash.

The result is a whiskey that is unusually smooth and easy to drink. In addition, Green Spot is aged in a combination of sherry and bourbon casks, which lends it a unique flavor profile.

It is available in both Ireland and the United States and can be found at most major liquor retailers for around $50-$70.

While it is not the most expensive Irish whiskey on the market, it is still considered to be of high quality and is a popular choice among whiskey enthusiasts.

It has a fresh and aromatic nose, with prominent notes of green apples, pears, and apricot. The body is spicy, with a moderate-length finish that brings out the pot still character.

This single-pot still Irish whiskey is aged for a minimum of seven years in a combination of ex-bourbon and ex-Sherry casks.

The result is a well-rounded whiskey with a complex flavor profile that appeals to bourbon and Sherry lovers alike. 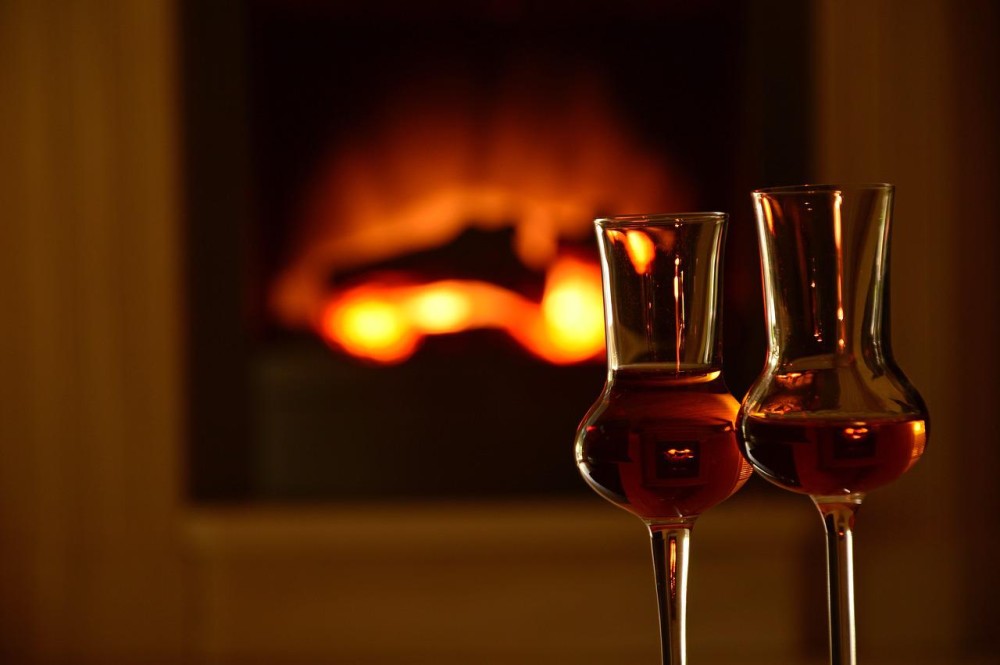 Good Scotch whisky is smooth, with a complex flavor that lingers on the palate. Lagavulin 16-Year Old is widely considered to be one of the smoothest Scotch whiskies available.

It is made in Islay, an island off the coast of Scotland, and is known for its smoky flavor. The 16-year aging process allows the whisky to develop a deep, rich flavor while retaining its smoothness.

This makes it a popular choice for Scotch lovers who are looking for a whisky that is both flavorful and easy to drink.

The Lagavulin 16-year-old is widely available and can be found at most liquor stores. Depending on where you find it, the price can range from $70-$120.

The Lagavulin 16 Year Old is one of the most popular scotch whiskies on the market. And for a good reason – it’s incredibly smooth.

The nose is full of smoky Lapsang Souchong tea, with hints of iodine, sweet spices, and mature Sherry. The palate is thick and rich, with a massive mouthful of malt and Sherry.

There’s also a good bit of fruitiness, along with peat smoke and vanilla on the finish. 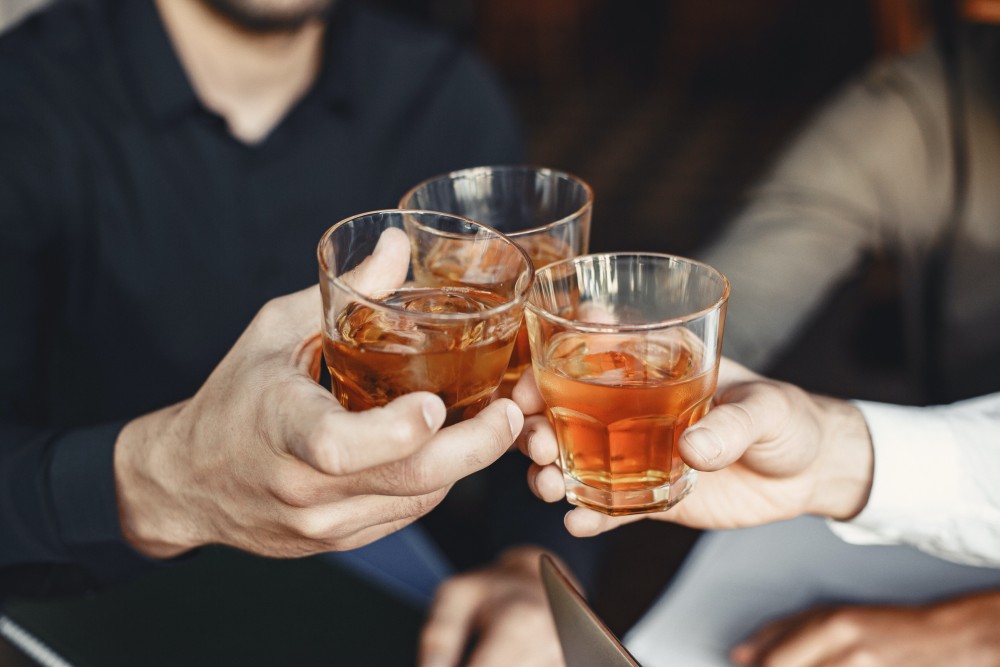 Rye whiskey is known for its spicy flavor, and Sagamore Spirit’s Signature Rye delivers on that front.

However, what sets this rye apart from others is its smoothness. Don’t get me wrong, it’s still a robust whiskey with plenty of character, but it’s not as harsh as some ryes can be. That makes it very easy to drink, whether you’re sipping it neat or using it in a cocktail.

At 90 proof, it’s also got a bit more kick than your average whiskey and it retails for under $50. So, if you’re looking for rye that packs a flavor punch but is still smooth and easy to drink, Sagamore Spirit’s Signature Rye is perfect.

Master of Malt describes the tasting notes as a unique whiskey that is perfect for those who enjoy the taste of honeyed grains and creamy coffee.

The cinnamon gum and soft hint of peppery oak give the whiskey a distinct flavor, while the chewy dates and candied peels provide a pleasant sweetness.

The pistachio ice cream and nutmeg add an interesting depth of flavor, while the lasting vanilla and hint of drying cedar give the whiskey a smooth finish. 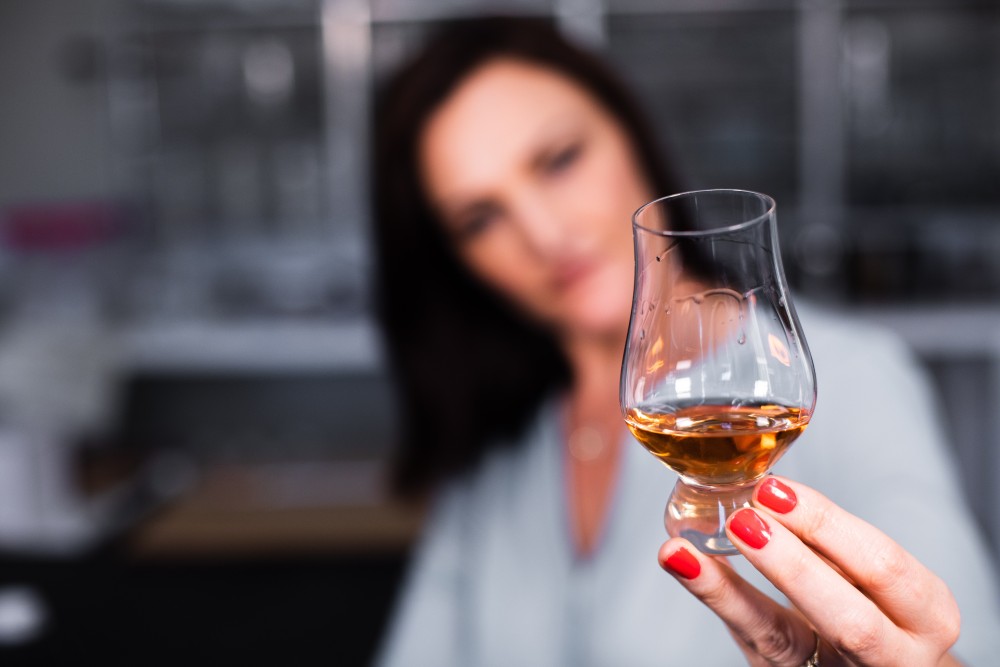 Barrel proof (or cask strength) is a type of whiskey that has been bottled straight from the barrel without being diluted with water. As a result, it is much higher in alcohol content than regular whiskeys.

It has become increasingly popular in recent years due to its bold flavor and high alcohol content.

Barrel-proof whiskeys are typically aged for a minimum of four years and often much longer. During this time, the whiskey interacts with the barrel’s wood, picking up flavors and color from the wood.

The longer a whiskey is aged, the more pronounced these flavors will be. Barrel-proof bourbons are usually bottled at a higher proof than standard bourbons, which further enhances their bold flavor.

Due to their high alcohol content, barrel-proofs can be difficult to drink neat. Instead, many people prefer to enjoy them on the rocks or with a splash of water.

However you choose to drink it, barrel-proof bourbon is sure to offer a unique and enjoyable drinking experience.

There are many different brands of barrel-proof whiskey on the market, but few can match the smoothness of Barrell Batch 23. This whiskey is made using a special blend of Kentucky and Indiana corn, rye, and barley, and it is aged for four years in charred oak barrels.

The result is a rich, full-bodied whiskey with vanilla, caramel, and oak notes. Barrell Batch 23 is also non-chill filtered, which means that it retains more of the natural flavors of the whiskey. 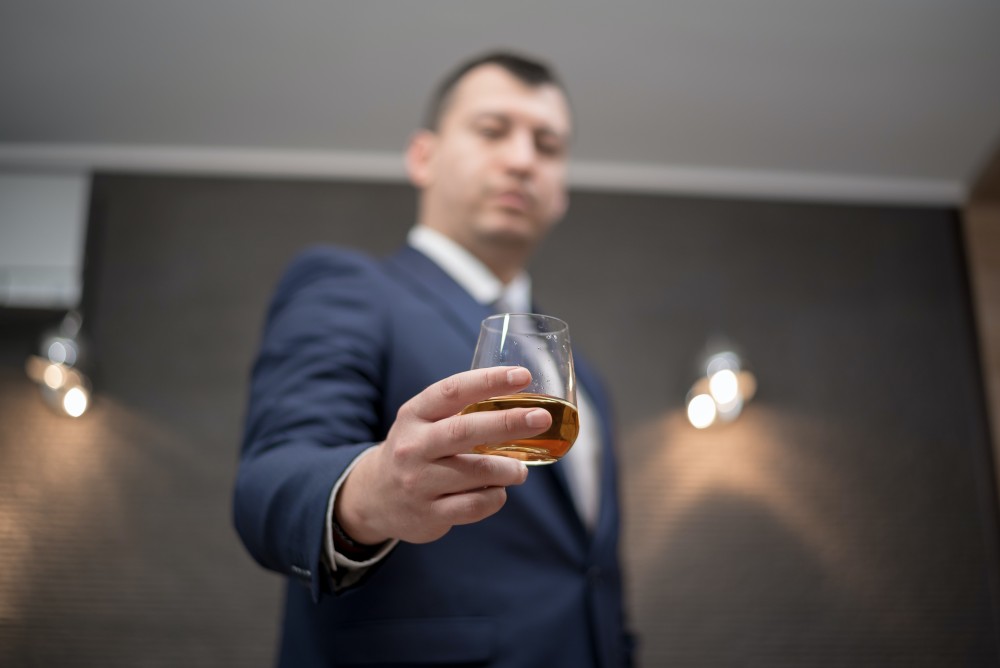 Barrell Batch 23 has been described as having notes of caramel, baked marshmallow, dark cherry, and candied peanuts.

When first poured, the caramel notes are most prominent, with a slight sweetness that is quickly balanced by the rich flavor of the dark cherry.

As you continue to drink, the marshmallow notes become more pronounced, providing a creamy texture that complements the other flavors.

The candied peanuts provide a crunchy contrast to the smoothness of the marshmallow, while the dark cherry gives the beer a slight bitterness that lingers on the tongue.

No matter your preferred whiskey style, make sure you always look for a smooth taste. This is an essential factor in determining whether or not a whiskey is worth buying.

Fortunately, there are plenty of great whiskeys on the market that are both smooth and affordable.

So next time you’re out shopping for whiskey, keep this criterion in mind, and you’re sure to find something to your liking. 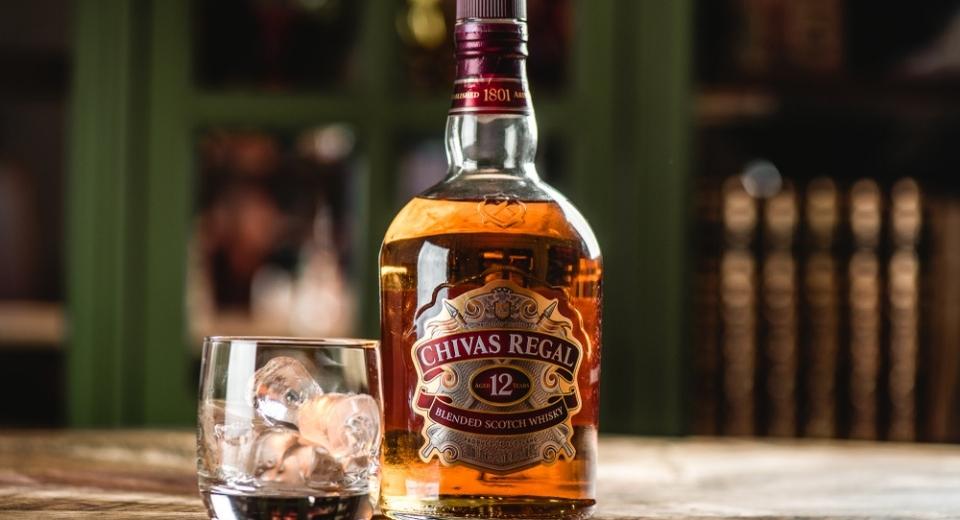 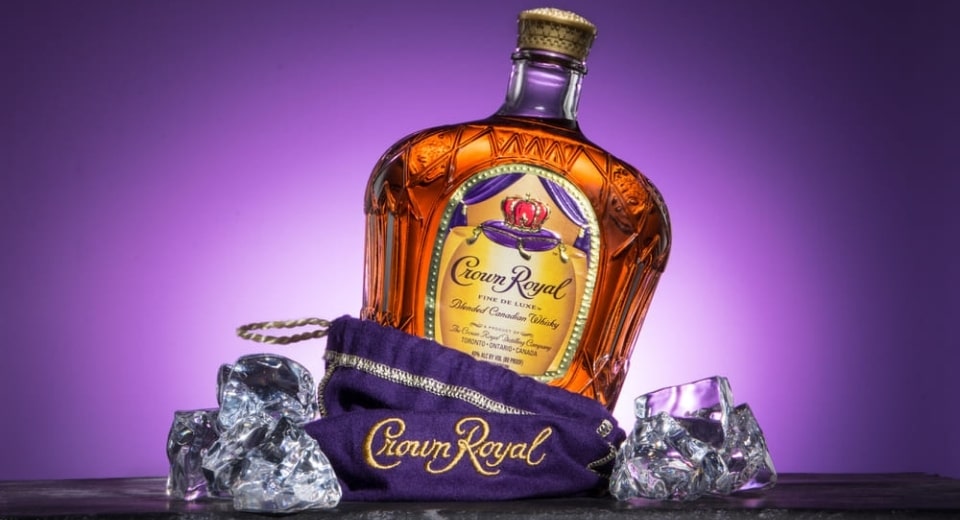 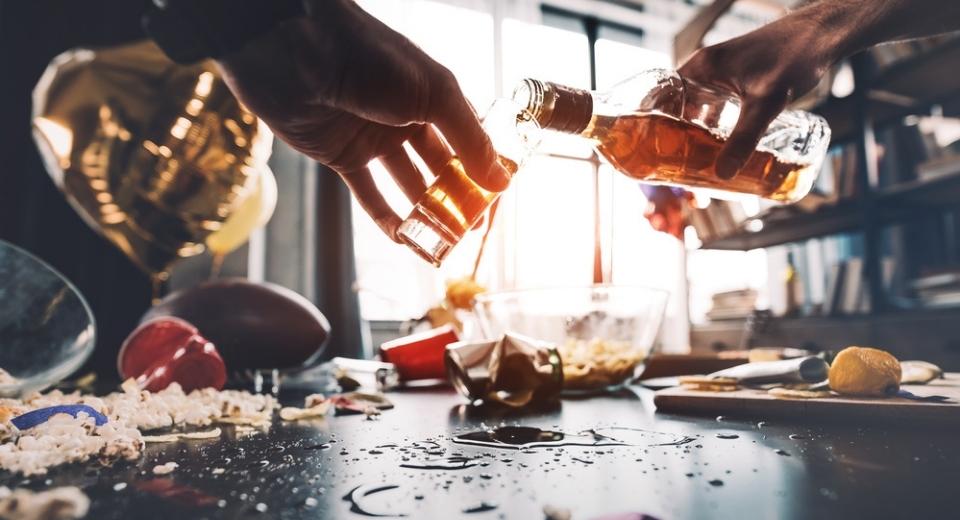 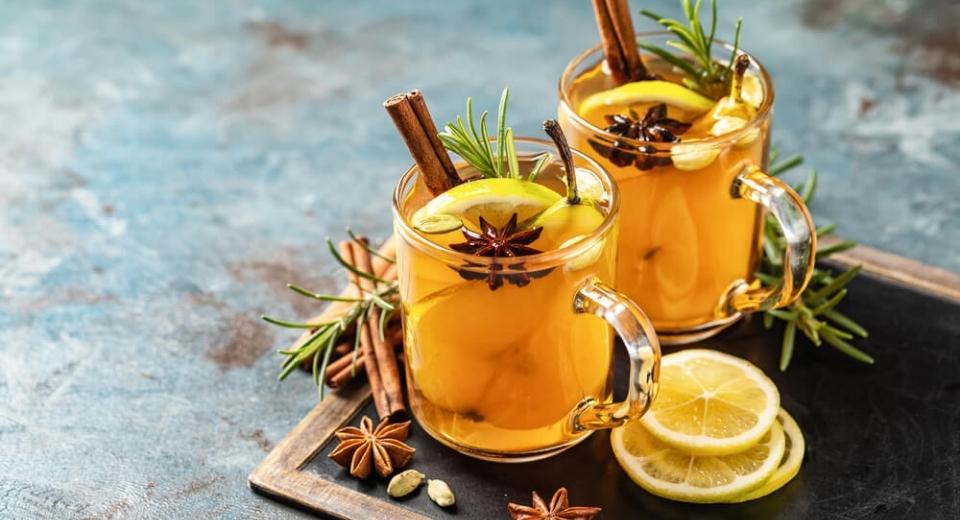 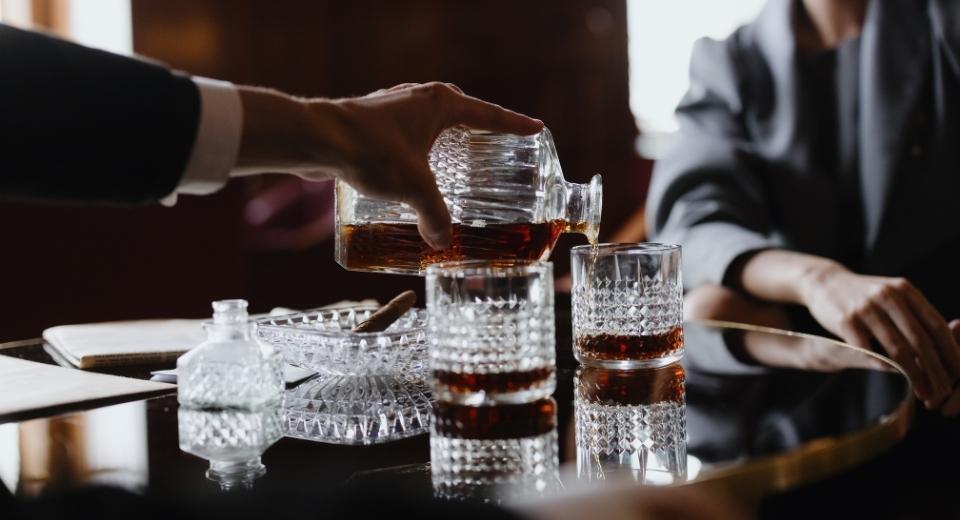 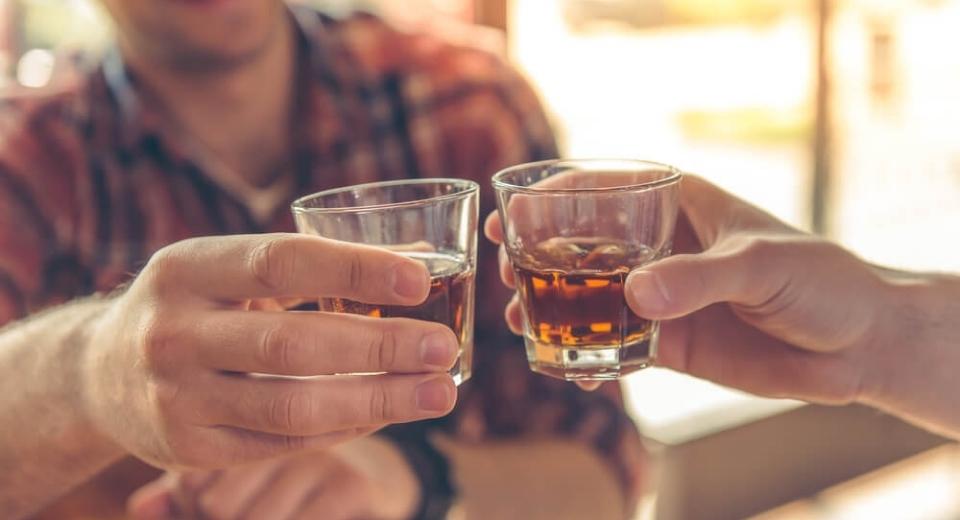