Staying sober is a momentous feat since alcoholism literally changes the structure of your brain. Sober celebrities are an inspiration to millions around the world cutting out alcohol.

With their career in the public eye, more people are able to see the possibility of becoming sober. However, you may be surprised how many sober celebrities have struggled with this journey. Whether you’ve tried Dry January or want to know more about your favorite singers’ challenges, staying sober starts with education.

We’ve got a list of sober celebrities including well-known musicians, actors, and models who have embraced clean living through abstaining. We’ll highlight their challenges as well as the inspiring details of their personal journey.

What is the True Meaning of Sobriety? 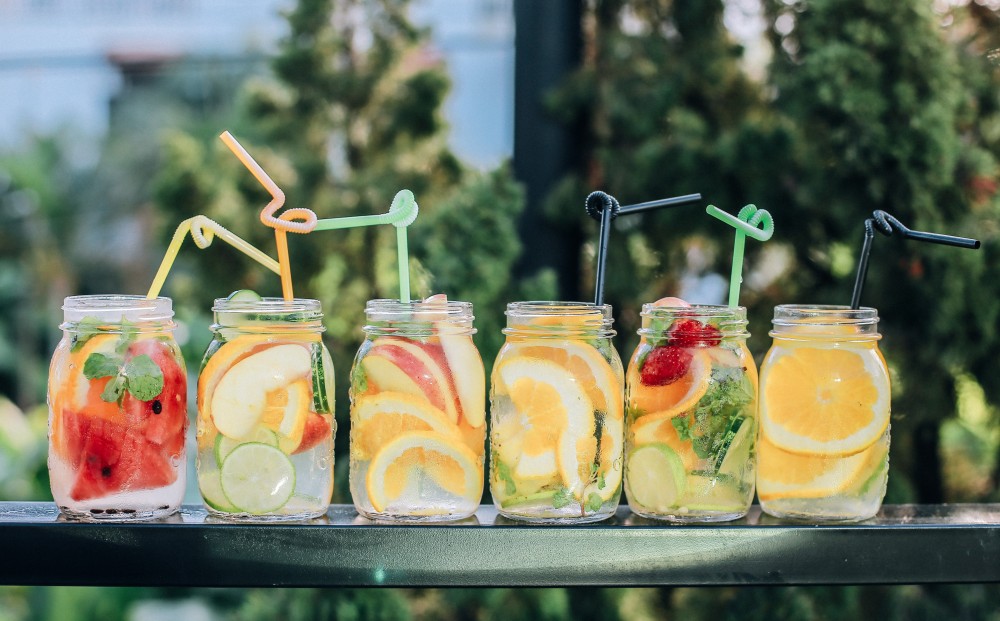 Before we learn more about sober celebrities, let’s explore sobriety. The true definition of sobriety is simply not to be drunk, but the meaning has evolved over the years.

Sobriety now means consistently abstaining from alcohol in the long term. Even a small sip of alcohol seems to conflict with that label. However, improving one’s health with less alcohol is always a victory worth celebrating.

For example, month-long events such as Dry January and Sober October are becoming more popular around the world. Although they focus on not drinking at all, some people choose to cut back on alcohol more slowly.

What are the Odds of Staying Sober? 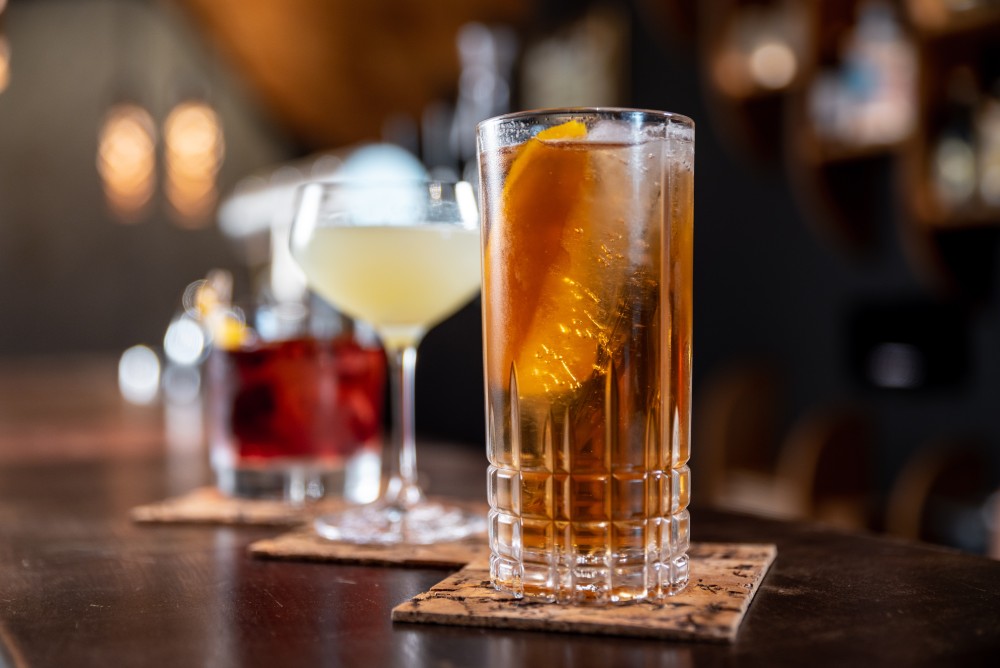 The odds of staying sober fluctuate depending on the resources available to you. People with a strong support system or who sign up for alcoholism recovery have a 35% chance of staying sober.

Staying sober is extremely difficult due to how the brain adapts to alcohol. Since your brain structure can’t completely revert back after reaching a certain stage of dependency, alcohol instead becomes a chronic condition. Like any chronic condition, the symptoms can be managed and reduced.

It’s not enough to just stop drinking, either. People with alcoholism who quit drinking too quickly can experience dangerous withdrawal symptoms such as convulsions or hallucinations.

The celebrities below have tackled alcoholism on a personal and societal level.

Some of these celebrities you may be familiar with already. The following musicians, actors, and models have worked hard to enjoy a sober life.

What better way to start off this list than with one of the most famous composers, singers, and songwriters of all time? Famed for his singles ‘Rocket Man’ and ‘Goodbye Yellow Brick Road’, Elton John has now been sober for thirty years.

He’s been fortunate to receive ongoing support from his alcoholism network. While he struggled with a lot of fear and shame in the process, he’s proud of how far he’s come.

How Long Has Elton John Been Sober?

Elton John has now been sober for thirty years.

Elton John discusses in his Variety interview how hitting an extremely low point in his life spurred him to change. He had to take a full year off from work and join an alcoholism support group to begin his road to recovery.

Florence Welch is the head singer of Florence and the Machine, an award-winning chamber pop and indie band. She began her sobriety eight years ago and has discussed her journey extensively in several interviews.

How Long Has Florence Welch Been Sober?

Florence Welch has been sober for eight years.

Florence Welch has gone on record to state that sobriety is one of the best decisions she has ever made. Her wake-up call that she needed help was her lack of control while drinking.

She decided to seek help as she was releasing her 2012 album Ceremonials. She’s discussed that her decision to stay sober gives her more freedom and independence than before.

With an extensive film and television resume, Tom Hardy is a hard actor to overlook. He’s been open about his struggle with alcoholism and how it had the potential to stop his career from progressing.

The actor has discussed his past in interviews and has gone on to appear in alcoholism awareness campaigns such as Prince’s Trust.

How Long Has Tom Hardy Been Sober?

Tom Hardy has been sober for twenty-five years.

Tom Hardy’s journey had a few hurdles on his way to recovery. The first time he went to rehab he didn’t stay. He stated he checked himself into another rehabilitation center when his symptoms started spinning out of control.

The journey toward sobriety often starts with a wake-up call. Jada Pinkett Smith had hers when she started combining alcohol with other substances.

Alcohol alone is damaging in high amounts, but mixing it with other drugs can be fatal. The actress discussed her experience with sobriety on the popular roundtable series Red Table and how she decided to quit cold turkey.

While this method worked out for her, cold turkey is dangerous to attempt on your own. Alcohol withdrawal symptoms are dangerous enough to land you in the hospital. Reach out to alcohol support services in your area and meet with a professional to find the best course of treatment.

How Long Has Jada Pinkett Smith Been Sober?

Jada Pinkett Smith has been sober for over twenty years.

Jada Pinkett Smith stated she didn’t want to see her addiction escalate out of control. While she occasionally drinks wine, she says she actively stays away from other forms of alcohol. 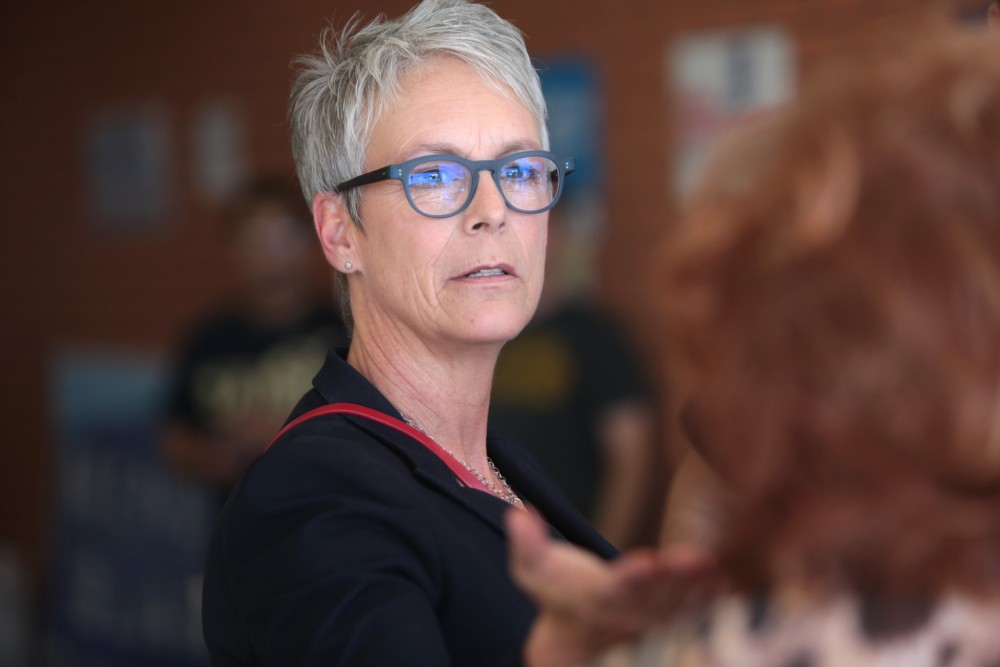 Jamie Lee Curtis is widely considered one of the most versatile actresses of her time. Featured in movies ranging from family comedies to slasher flicks, she’s an inspiration for many reasons.

Jamie Lee Curtis checked herself into alcoholic recovery in 1999.  Not only did she struggle with excessively drinking wine, but she also battled an addiction to Vicodin. Her family has a history of addiction, a detail that has been stated as an increased risk factor for alcoholism.

How Long Has Jamie Lee Curtis Been Sober?

Jamie Lee Curtis has been sober for twenty-two years.

A close friend who witnessed her struggle woke her up to the state of her addiction and encouraged her to seek help. Jamie Lee Curtis also cites reading the bibliography of someone recovering from addiction as another source of inspiration.

Another staple of famous 90’s entertainment is actor, singer, and dancer Zac Efron. He became a household name with the popular musical High School Musical and has since starred in several action and comedy blockbusters.

Zac Efron touched on his journey to sobriety in his interview with Elle magazine. In 2013 he checked into a rehabilitation center for an addiction to drugs.

How Long Has Zac Efron Been Sober?

While he hasn’t stated how long he’s been sober, Zac Efron has been seeking treatment since 2013.

He explained how being sober changed his life for the better, such as freeing him up to embrace his hobbies and be more disciplined.

Drew Barrymore was a darling of the ’90s and early 2000s, appearing in hit films such as Charlie’s Angels and Scream. She now works as a producer and a host for the talk show The Drew Barrymore Show.

She recently discussed her battle with alcoholism with People Magazine and how she was trapped in a cycle of drinking.

How Long Has Drew Barrymore Been Sober?

Drew Barrymore has been sober for around two years.

For her, the guilt and the chaos were primary motivations for seeking treatment. She’s also outspoken about the unrealistic standards of perfection set by social media and how it can impede recovery from alcoholism.

The face of the Harry Potter franchise, Daniel Radcliffe has made a new name for himself as an indie movie star. His filmography has expanded to include limited-release indie films such as Swiss Army Man and Imperium.

He’s also one of the best-known sober famous people around. Daniel discussed his difficulties with alcoholism in 2020 and how his challenge was directly impacted by his role in the Harry Potter franchise. Between stress and peer pressure, he also had alcoholism run in his family.

How Long Has Daniel Radcliffe Been Sober?

Daniel Radcliffe has been sober for thirteen years.

Leona Lewis boasts an award-winning discography featuring several studio albums. Her singles have been featured in popular films and video games such as Avatar and Final Fantasy XIII.

She has made it clear how much she doesn’t enjoy alcohol anymore. Her preferred drinks of choice are energy drinks or non-alcoholic champagne.

How Long Has Leona Lewis Been Sober?

How long she’s been sober is unknown, but she states she actively stays away from alcohol.

The flavor is a major turn-off for her and she’s gone on record to state she prefers to have fun without it.

While many sober celebrities on this list battled alcoholism, Jennifer Hudson has gone on record to state she’s never drank before.

How Long Has Jennifer Hudson Been Sober?

Jennifer Hudson has been sober her entire life.

She states she’s simply never had an interest in drinking alcohol. In an interview with Cosmopolitan, she mentions how few people believe in her lifelong sobriety.

A talented actress that’s appeared in action thrillers and comedies alike, Anne Hathaway is known for working hard. That work ethic extends to her alcohol usage which she takes a middle-ground approach.

She’s one of the celebrities who don’t drink, but for a different reason than usual. She stated in an interview that she’s decided to stay sober until her son is old enough to move out.

How Long Has Anne Hathaway Been Sober?

Anne Hathaway has been sober for almost three years and plans on maintaining it until her son is eighteen.

She’s gone on record to state she’s worried about intense hangovers interfering with her ability to take care of her son. 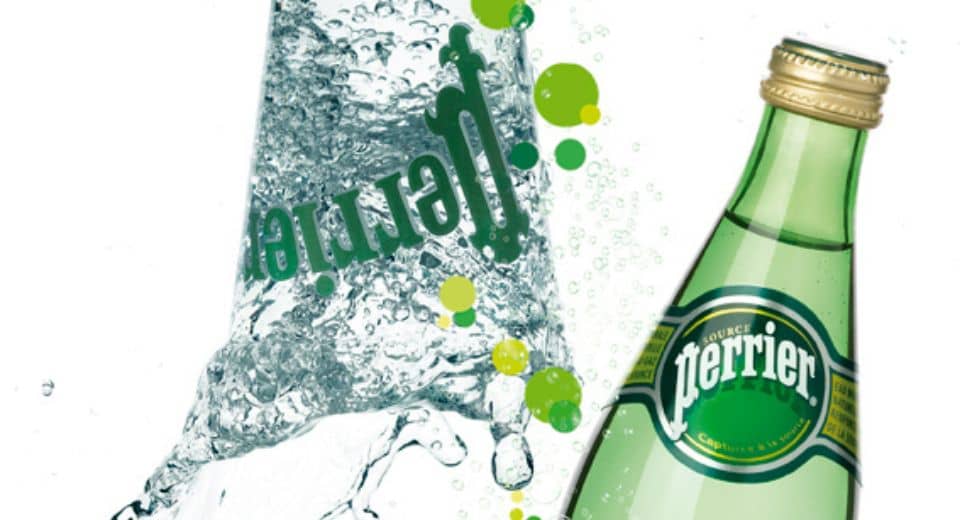 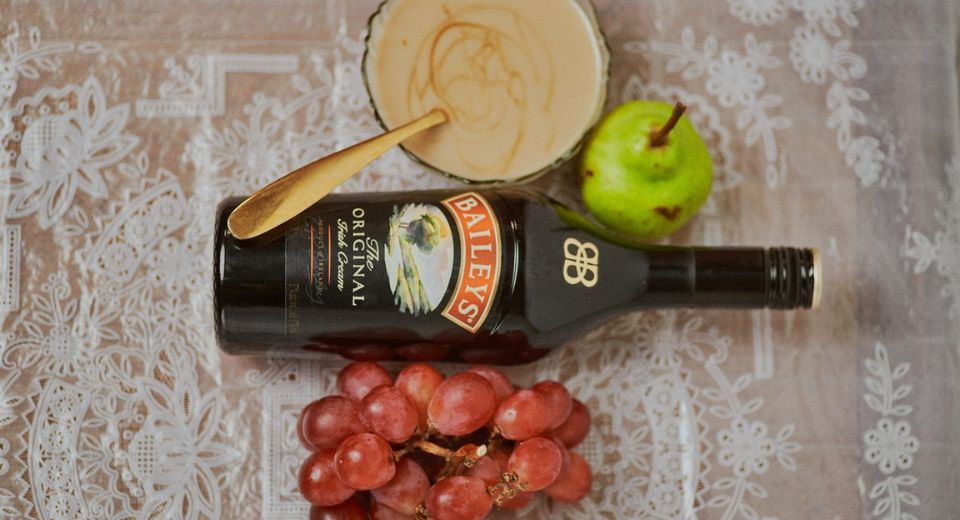 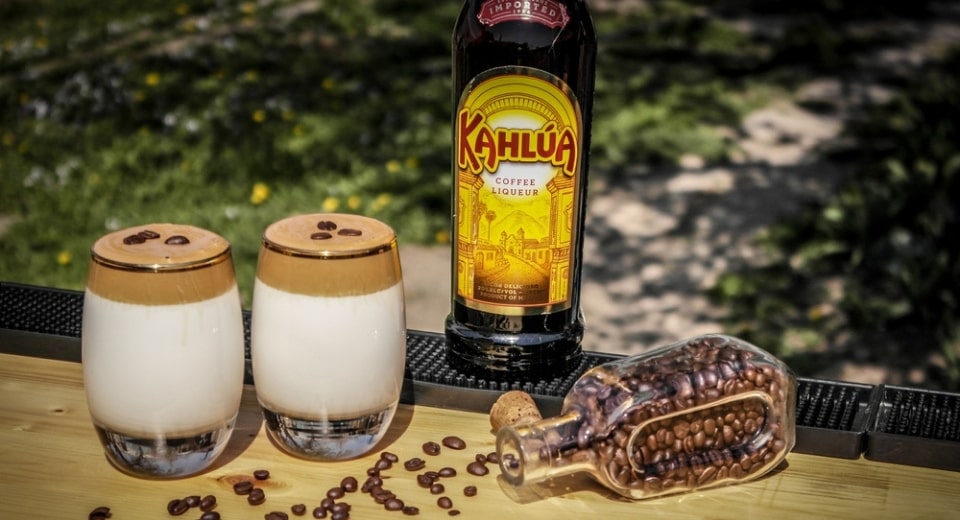 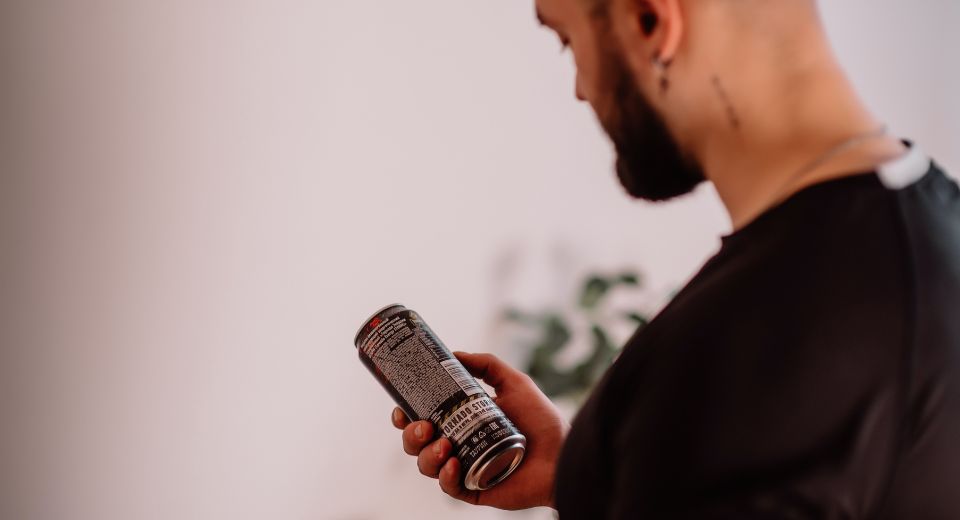 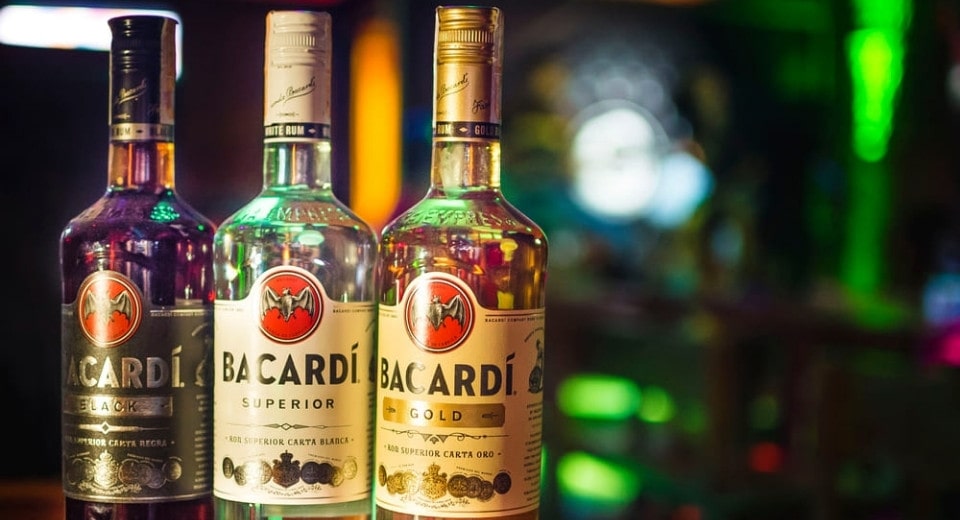 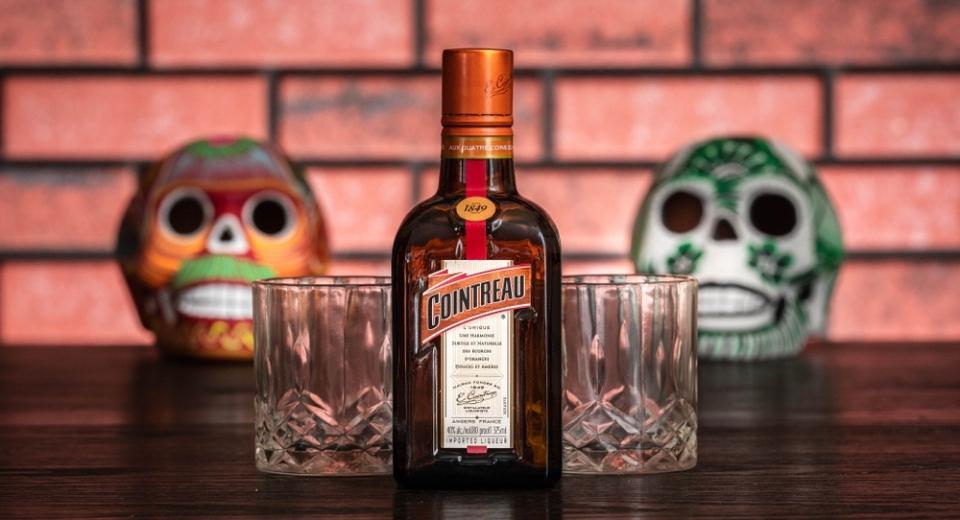