The United States is home to a wide variety of wine-producing regions encompassing everything from affordable sweet table wine to some of the most expensive Cabernet Sauvignon anywhere outside of France.

Today, most wines of the USA are produced on the country’s west coast, with smaller wine regions scattered throughout the rest of the country.

California, Oregon, and Washington are considered to be the most important wine-producing states in the country today, with California leading the way in terms of the global wine market.

The United States is the fourth largest wine-producing country in the world, accounting for nearly nine percent of worldwide wine production. 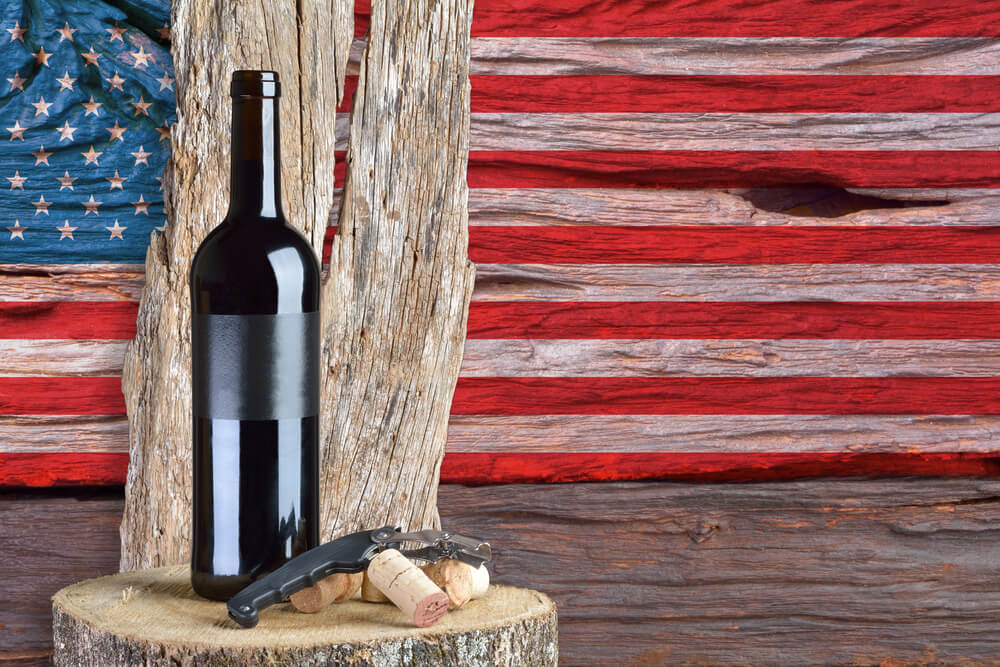 While there is evidence of early wine grapes being successfully grown and harvested in parts of what is now New Mexico and Ohio early on, much of the USA’s modern wine history began when Catholic missionaries began planting wine grapes in California in the late 1700s.

The area that is now Sonoma County was quickly found to be an essentially ideal climate for growing wine grapes, as the region features a nearly perfect climate for grape vines as well as ample sunshine.

In the 1800s a Hungarian-American man named Agoston Haraszthy purchased over 500 acres of land in the Sonoma area and applied traditional European winemaking techniques to the area. This was a major turning point and resulted in very high-quality wine grapes.

Agoston Haraszthy’s experiment and later writings would go on to shape Californian wine culture and help develop high-quality wine in the United States. Wine production and quality both continued to increase throughout the 1800s, and wine’s future looked bright in the USA.

While the Phylloxera outbreak of the late 1800s and the San Francisco earthquake of 1906 did plenty to derail the development of the United States wine economy, there was no more damaging blow incurred than the self-imposed Prohibition Era of 1920 to 1933.

Prohibition essentially wiped out all of the quality wine being produced in the late 1800s, and the surviving vineyards were often either poorly kept or had been replaced with low-quality wine grapes that were better suited for shipping than enjoying.

It took nearly 40 years for quality winemaking to return to the USA, and the “Judgment of Paris” in 1976 marked a major milestone for American wine. In this blind tasting, California Chardonnay and Cabernet Sauvignon ranked as well or better than the top French wines. 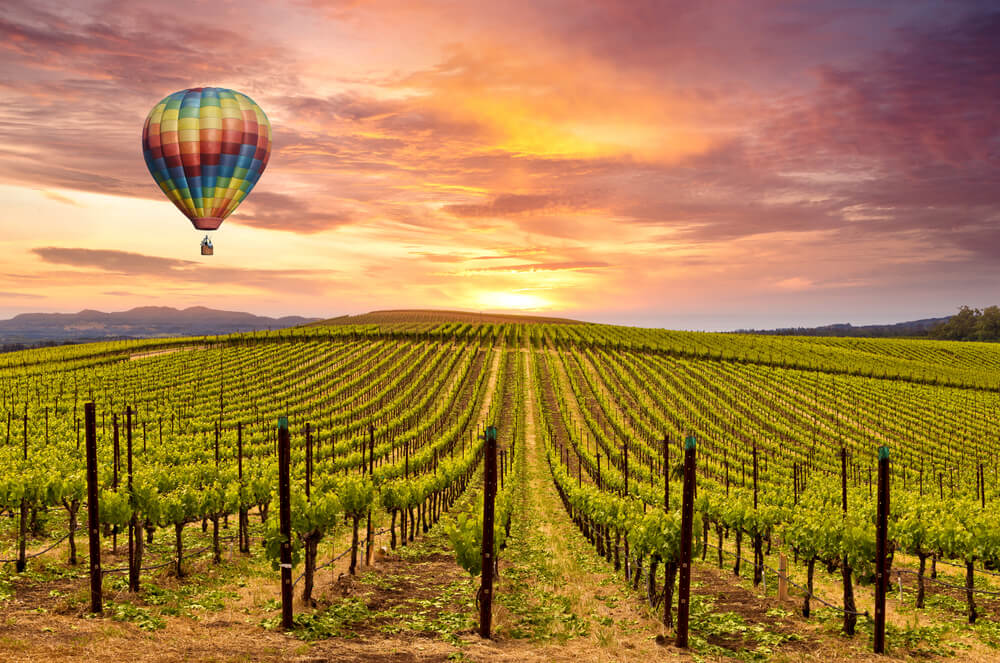 California is considered to be the birthplace of high-quality modern wine in the United States, and the state continues to lead the way for the country today. Over 75 percent of all American wine is made in California, as well as some of the most expensive and famous bottles.

While there are many different wine regions scattered across the North Coast area, the two most important are Napa and Sonoma counties. These are two of the most famous and high-quality wine regions in the entire country and are both home to a lively tourism scene.

Napa county is home to the world-famous Napa AVA, where some of the most recognizable, highest quality, and most expensive American wines are produced. Like much of California, Cabernet Sauvignon reigns supreme in this region, followed by Chardonnay.

Screaming Eagle Cabernet Sauvignon is the quintessential example of the “California Cult Cab.” Many of these sought-after Napa red wines are fully embraced by the wine community, often to the point where the price per bottle becomes inaccessible to the average wine enthusiast.

The Sonoma County area is the birthplace of modern American wine, and it maintains its importance in the wine world today by producing top-tier Chardonnay and Pinot Noir. The climate in Sonoma is a bit cooler than in Napa, making it a prime area for cool weather grapes.

Marcassin Estate Chardonnay is a high-quality white wine that is one of the most famous and recognizable in all of California. It is lauded by consumers and critics alike and has been included in Wine Spectator’s top 100 list.

The Central Coast region covers a very large territory of land, with a large array of different topographies and microclimates running all the way from Santa Barbara to the bay of San Francisco. The wines produced in these regions are as varied as their landscapes.

Many wine enthusiasts will recognize the Santa Barbara County area as the backdrop to the famous wine movie “Sideways.” Pinot Noir, Chardonnay, and Syrah are three of Santa Barbara’s most important wine grapes, and it is one of the most beautiful places on earth for wine tasting.

San Luis Obispo county is best known in the wine world as home to the famous Paso Robles AVA. Red wine dominates production in San Luis Obispo County, with Cabernet Sauvignon and Zinfandel being the two most important wine grapes.

Austin Hope Winery Cabernet Sauvignon is a famous example of SLO Cabernet, and it is widely distributed making it fairly easy to find for many wine enthusiasts. This classic California Cab is a regular winner at international wine competitions. 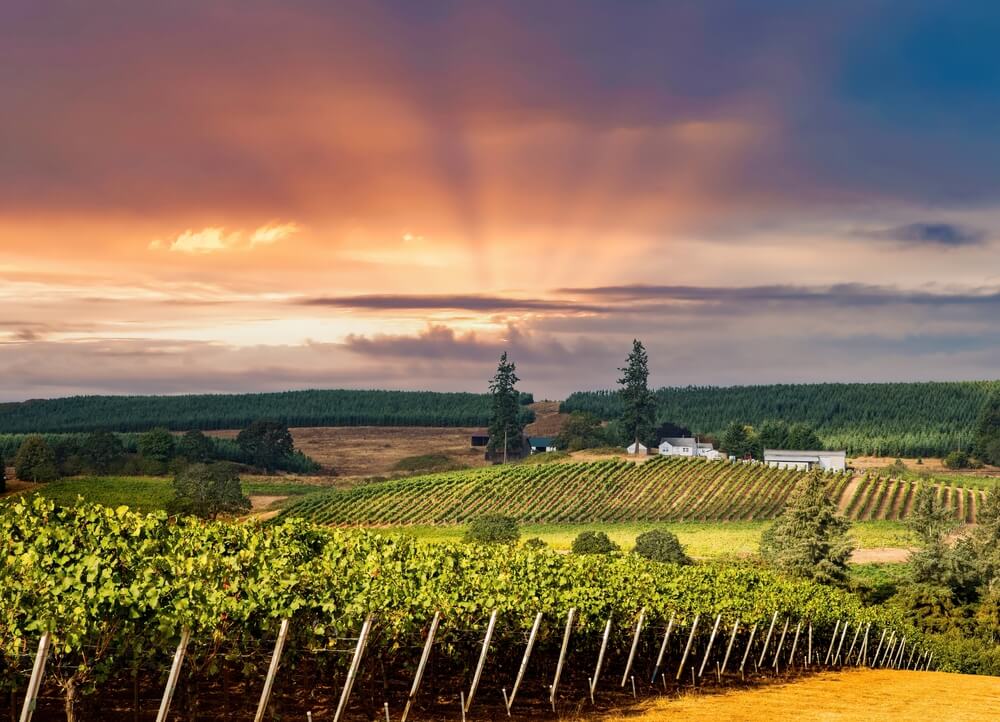 Outside of the state of California, the Pacific Northwest is the most important wine-producing corner of the United States in terms of both volume and quality.

While the state of Washington is the larger wine producer, Oregon is often looked at as having the higher quality wine of the two.

The state of Oregon is home to some of the most prestigious and respected Pinot Noir vineyards anywhere in the world outside of Burgundy, France.

Many Burgundian wine producers have invested heavily in the area over the past few decades, as the area’s climates are similar.

The Willamette Valley AVA is the most important wine-producing designation in the United States outside of the state of California.

This is the center of much French investment by Burgundian winemakers, and the conditions here are pristine when it comes to Pinot Noir.

Domaine Serene ‘Evenstad Reserve’ Pinot Noir is a classic light-bodied red wine that is produced in the traditional French style. New vintages continue to score in the 90-plus point range by Wine Enthusiast every year, and it is one of Oregon’s best wines.

Washington is the second largest wine-producing state by volume in the United States, and it is home to a diverse array of wine grapes and climates.

The largest and most famous wine region in the state is the Columbia Valley, where many high-quality red and white wines are produced.

The Columbia Valley AVA is a massive wine region that encompasses over 10 million acres of the state of Washington while also extending into Oregon. Due to its large size, the microclimates and soils in the Columbia Valley are extremely varied.

Quilceda Creek Cabernet Sauvignon is perhaps the most famous and sought-after bottle of red wine from the entire Columbia Valley region. It has received a rare 98-point score from Wine Enthusiast, and usually costs over $200 per bottle. 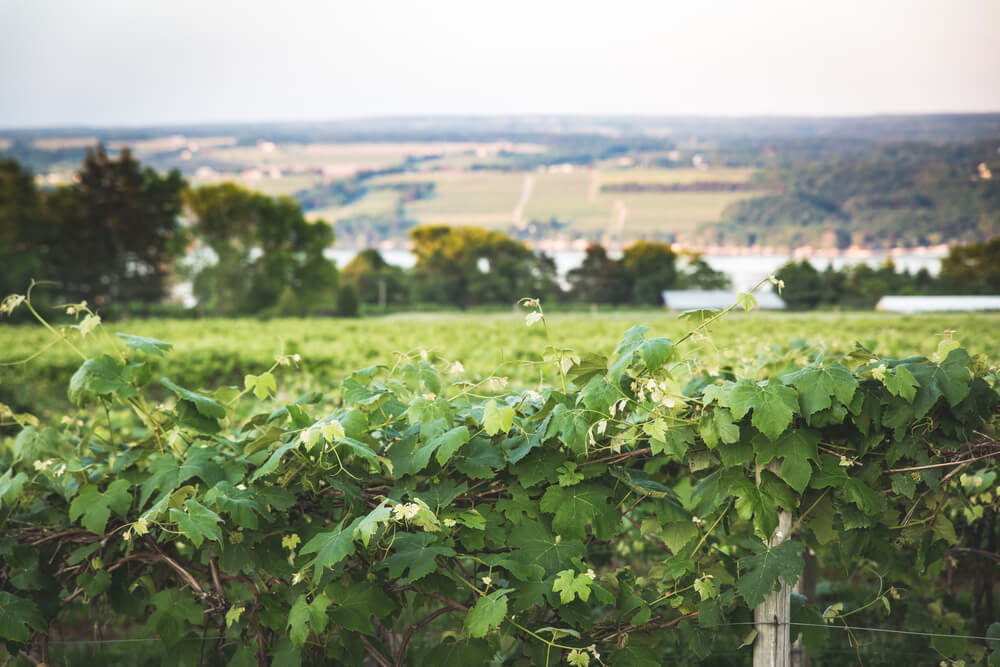 While the states of California, Oregon, and Washington are the most productive, famous, and highly regarded wine-producing areas in the United States, there are thousands of wineries scattered all throughout the rest of the country as well. 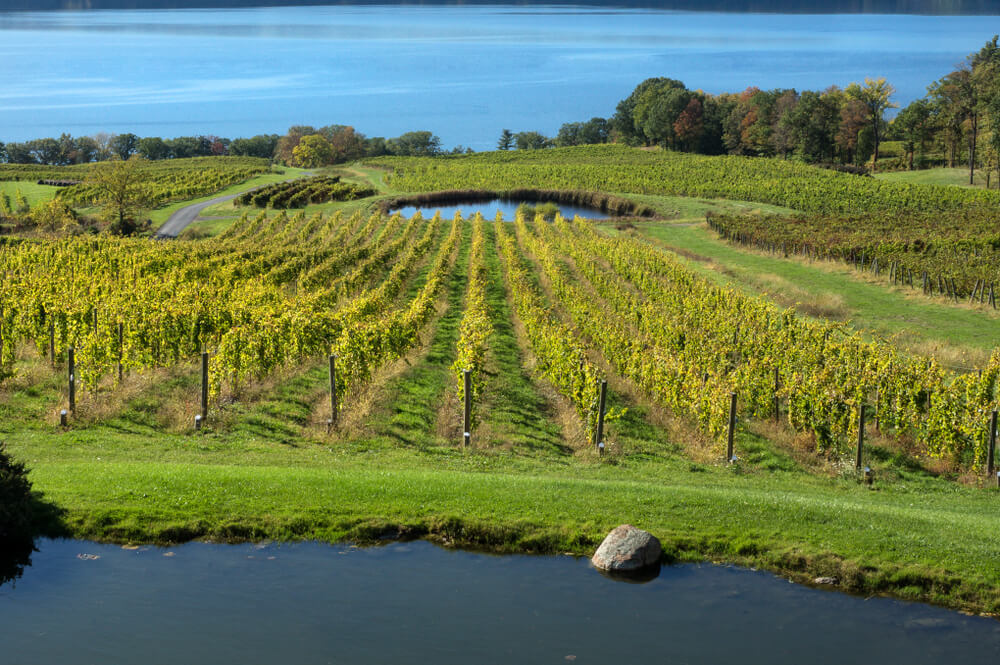 The Northeast United States is home to the largest concentration of AVAs anywhere in the country besides the west coast.

Some of the most famous AVAs in this part of the country are the Finger Lakes, Lake Erie, and Hudson River Region AVAs.

The Finger Lakes AVA is very popular for Riesling production, and Hermann J. Wiemer Dry Riesling is one of the most popular bottles of wine from the entire Northeast region of the United States, offering a clean and crisp white wine with both balance and a strong finish.

The second most popular wine from the Finger Lakes AVA is also a Riesling. Ravines Wine Cellars Dry Riesling won a gold medal at the San Francisco Chronicle Wine Competition and is one of the most well-received wines from the entire Northeast corner of the US. 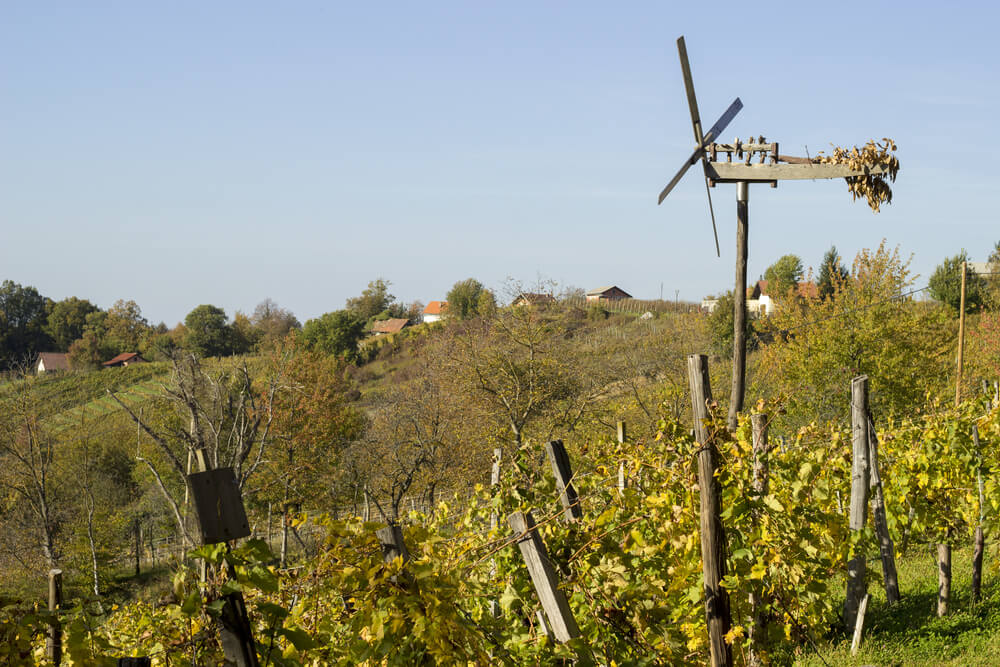 While there are a handful of different AVAs scattered throughout the Midwestern United States, none is more important than the historic Ohio River Valley.

Some of the USA’s earliest wines were produced in this region, and it remains an important American wine region today.

Harmony Hill Vineyards Chambers Suite Red is a red blend from the Ohio Valley River region that is fairly popular among locals. While the region is generally considered too warm for high-quality wine production, the blending of grapes leads to a better balance of flavor. 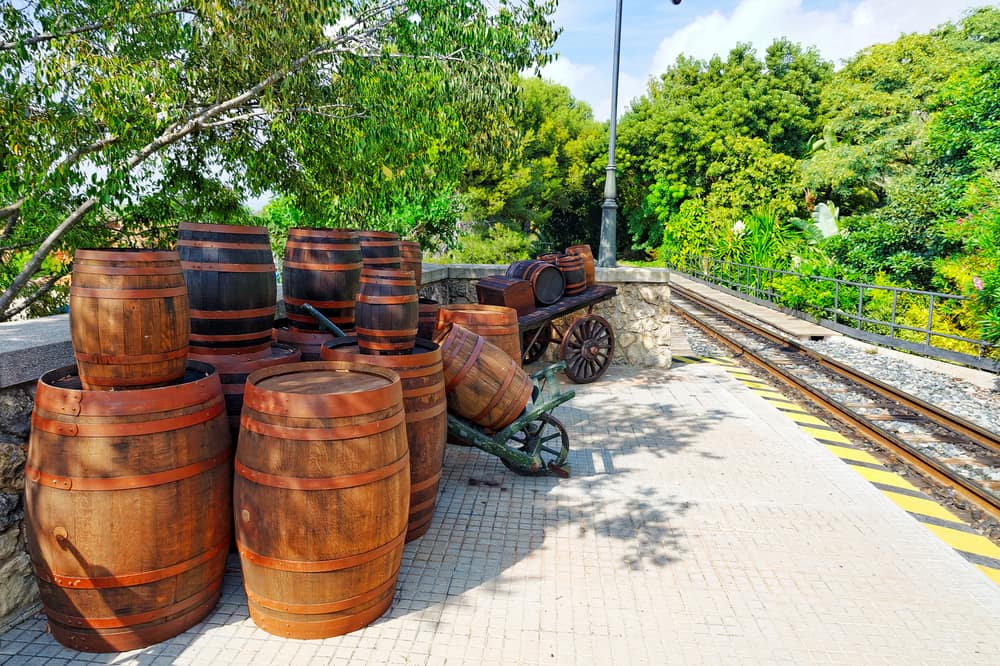 While the American Southwest is considered by many to be too hot for the production of high-quality wine grapes, there are plenty of winemakers in Texas, New Mexico, and Arizona that battle the heat to produce the best wines possible in these desert areas.

William Chris Vineyards Mary Ruth is a surprisingly fresh and fruity white wine blend from the Texas High Plains AVA. It is one of the top-selling and most well-received bottles of wine from the entire Southwest portion of the United States.

The United States is one of the largest wine-producing countries in the world today. While prohibition nearly ended the country’s entire wine industry, it bounced back in a major way to become a serious player in the wine business.

Today, the most important American wines are produced in California, Oregon, and Washington with many wineries spread through other parts of the country as well. 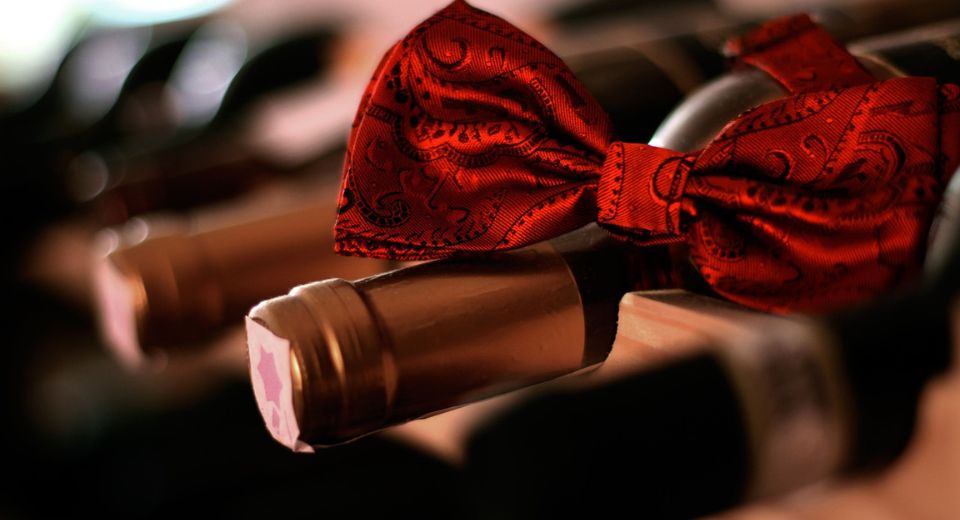 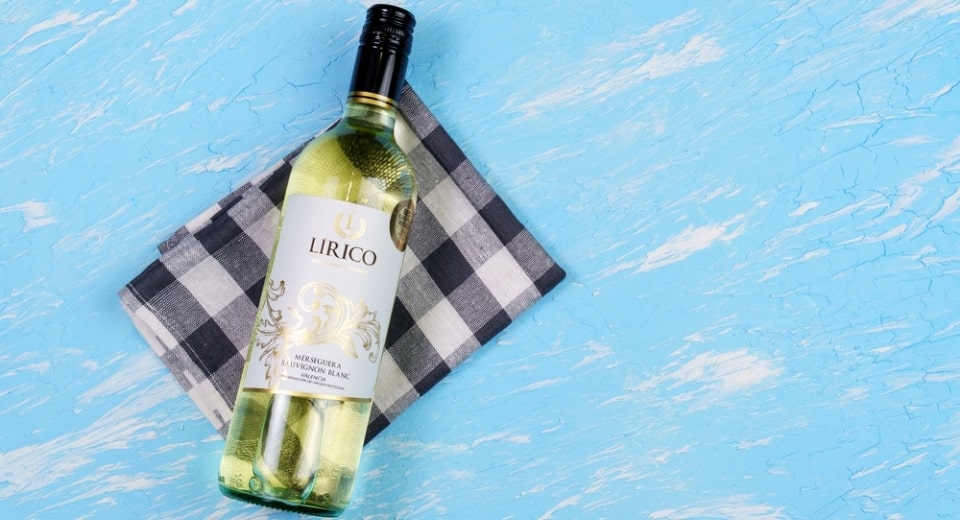 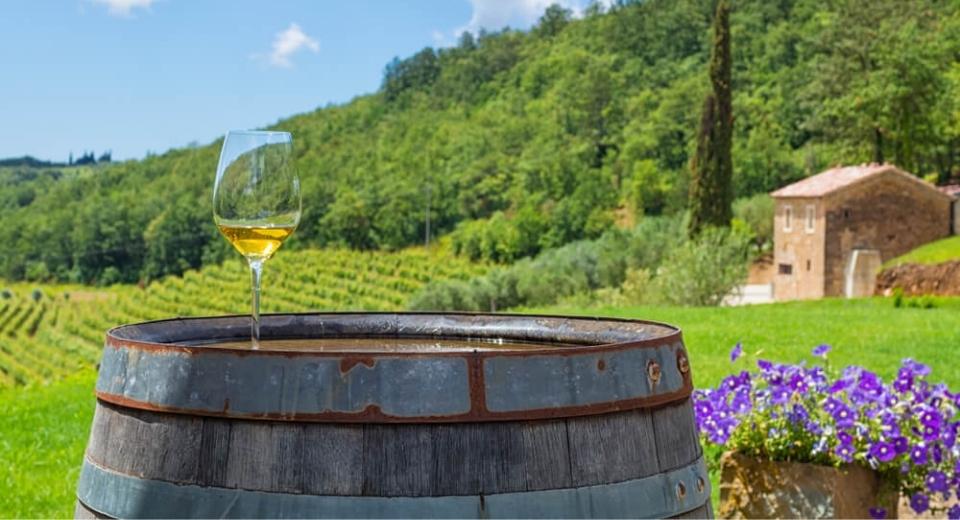 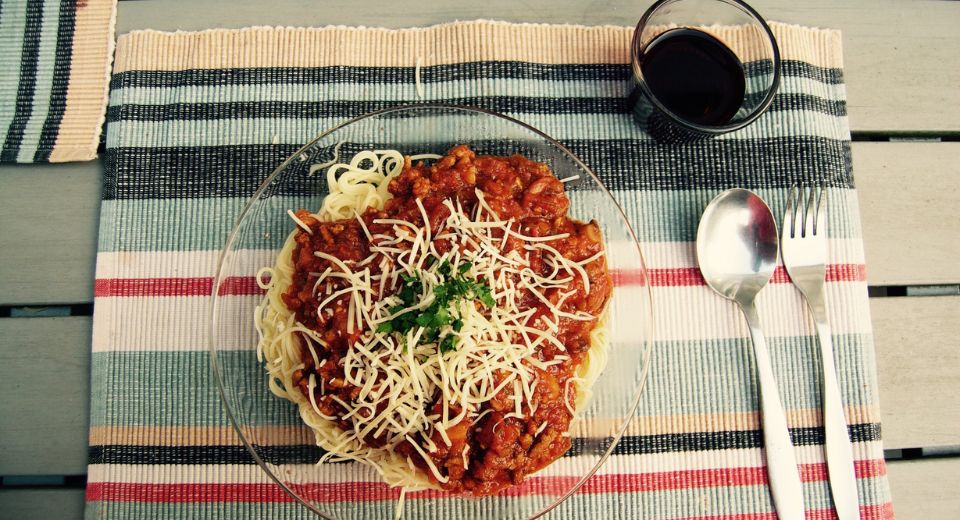 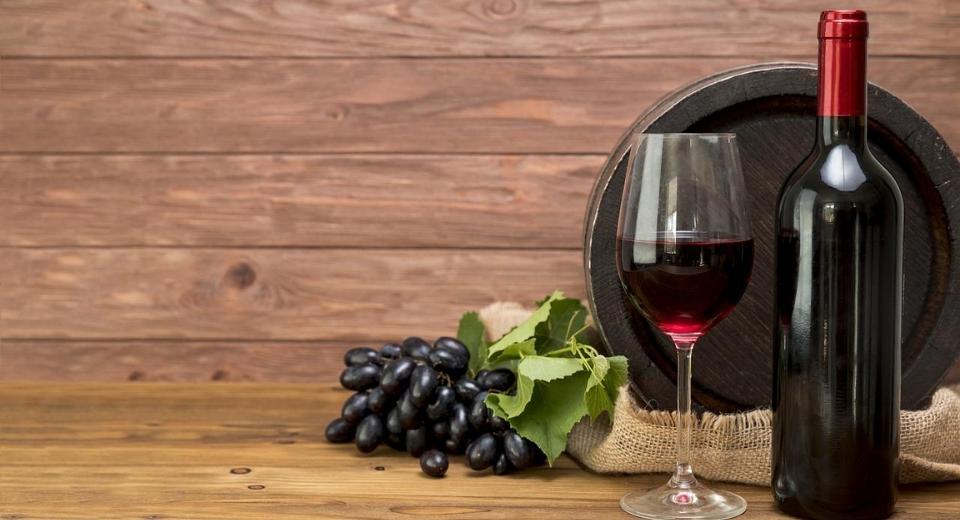 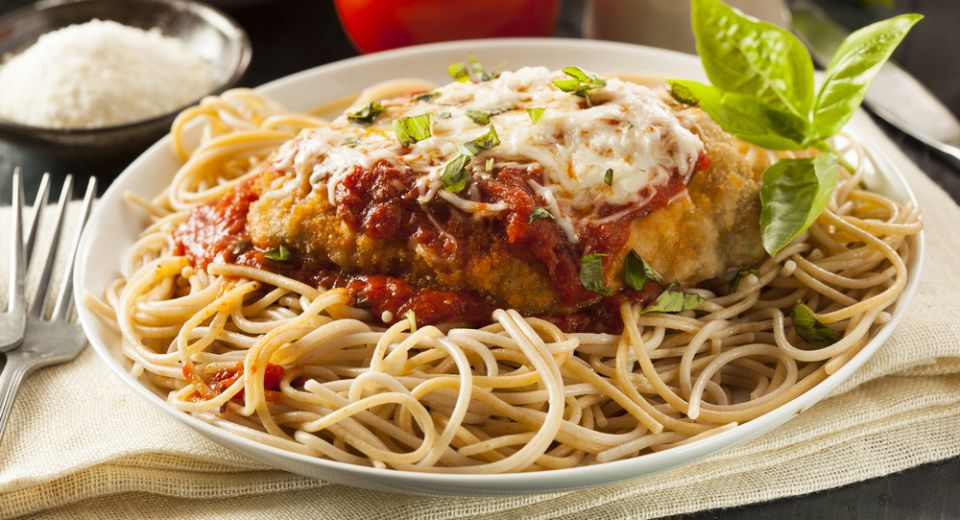