While the continent of South America covers a massive area of over 6.8 million square miles and encompasses 12 countries, the majority of South American wine is grown and produced in only four countries.

Each South American wine-making region has its own unique microclimates, preferred wine grapes, and wine-making techniques.

The countries of Argentina, Brazil, Chile, and Uruguay produce nearly all of the wines of South America, and there are plenty of great styles and bottles of wine to enjoy from each of them.

Top Regions for Discovering the Wines of South America 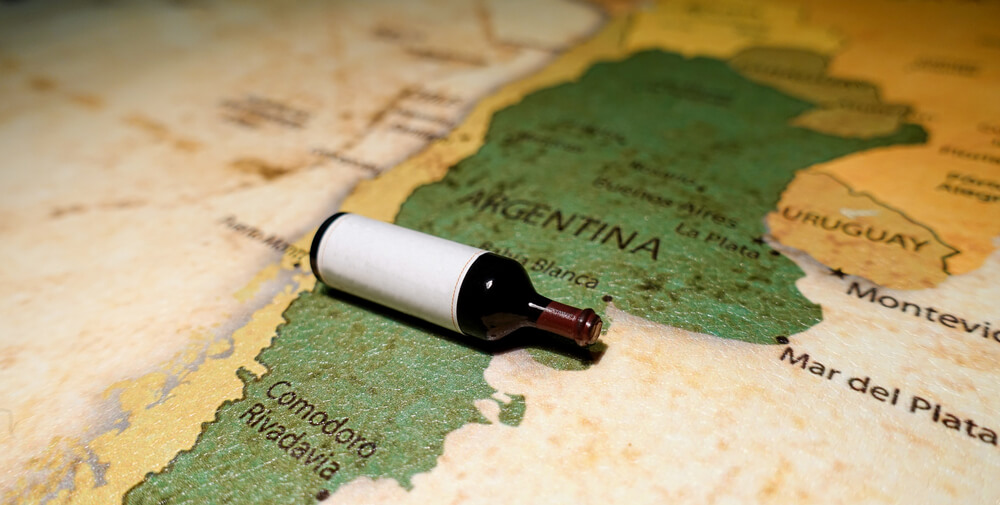 Mendoza is the most famous wine region in the country of Argentina and is known worldwide for its excellent representations of the Malbec grape.

There are a handful of different sub-regions in Mendoza, each with its own subtle nuances and differences in style.

The Maipu region is home to some of the highest-priced and most famous bottles of wine in the country. The strong flavors of black fruit, tobacco, and earth are present on the front of the palate before giving way to more elegant and subtle tasting notes.

La Mascota Vineyards Malbec is one of the most popular bottles of wine sold from the Maipu region, and it is an affordable example of Maipu’s terroir and winemaking practices.

Some of the most prestigious Maipu bottles cost over $200, while La Mascota generally costs under $20.

Wines from the Luján de Cuyo region of Argentina are extremely bold and known around the world for their full body and juicy flavor profiles.

The flavors of these big and bold Malbecs are often described as carrying strong flavors of plums and other black fruit.

Vina Cobos Bramare Lujan de Cuyo Malbec is a fantastic example of the quintessential Luján de Cuyo wine making style. This wine shows all the signs of a long oaking process, and the aged tannins work in harmony with the large fruit flavors and full body of the wine.

The vineyards in the Uco Valley are at some of the highest elevations of any plantings in the entire Mendoza area.

This high elevation allows for an environment that produces a refined wine grape with elevated levels of acidity and a distinct crispness and finish.

While the Malbec grape is the undisputed king of the Mendoza region, Bodega Aleanna ‘Gran Enemigo’ Gualtallary Single Vineyard Cabernet Franc is one of the top-selling bottles from the Uco Valley and is world-renowned as one of the best representations of Cabernet Franc.

Located right in the middle of the Mendoza wine region, San Rafel is well known by locals and wine enthusiasts alike to produce some of the best values in the entire world of wine.

Bottles of high-quality wine from the San Rafael region often cost under $20, and are great for parties.

Bodegas Bianchi ‘Famiglia Bianchi’ Malbec has received over 90 points from multiple different wine critics and is a perfect example of a high-quality San Rafael value wine. A bottle of this Malbec can often be picked up for less than $20, and the taste would never give away the price.

Other Wine Regions of Argentina

While the region of Mendoza produces around 75 percent of all wine in Argentina, there are plenty of other regions throughout the country that are well known for making high-quality red and white wines, as well as sparkling whites and rosés.

The San Juan wine region is the second largest wine-producing region in the country of Argentina, second only to Mendoza.

While Malbec is still the most commonly produced grape in this area, other red grape varietals like Syrah and Cabernet Sauvignon also thrive here.

Pyros Single Vineyard Block No 4 Malbec is one of the best and most well-known bottles of wine from the San Juan region, and wine enthusiasts all over the world seek it out for its intense flavor profile, high acidity, and grippy tannins.

The La Rioja wine region is one of the few areas in the country of Argentina where the focus is on white wine instead of red.

The most commonly planted grape varietal here is Torrentes, which is a local grape that is rarely found outside of the country.

Bodega Mauricio Lorca ‘Fantasia’ Torrontes offers one of the best white wine values anywhere on the entire South American continent, as it can often be purchased for around $10. The racy acidity, crisp finish, and fruity and floral aromas make this a fantastic summer wine.

The Patagonia region is the southernmost wine-making region in the country of Argentina, and the Pinot Noir grape has put it on the map for many wine enthusiasts in recent years.

The unique climate and soil composition allow for flavors and acidity that can only be produced here.

Bodega Chacra ‘Treinta y Dos 32’ Pinot Noir is one of the most recognizable and highly regarded bottles of South American Pinot Noir worldwide. This is also one of the highest-priced bottles from the region, and can rarely be found for under $110. 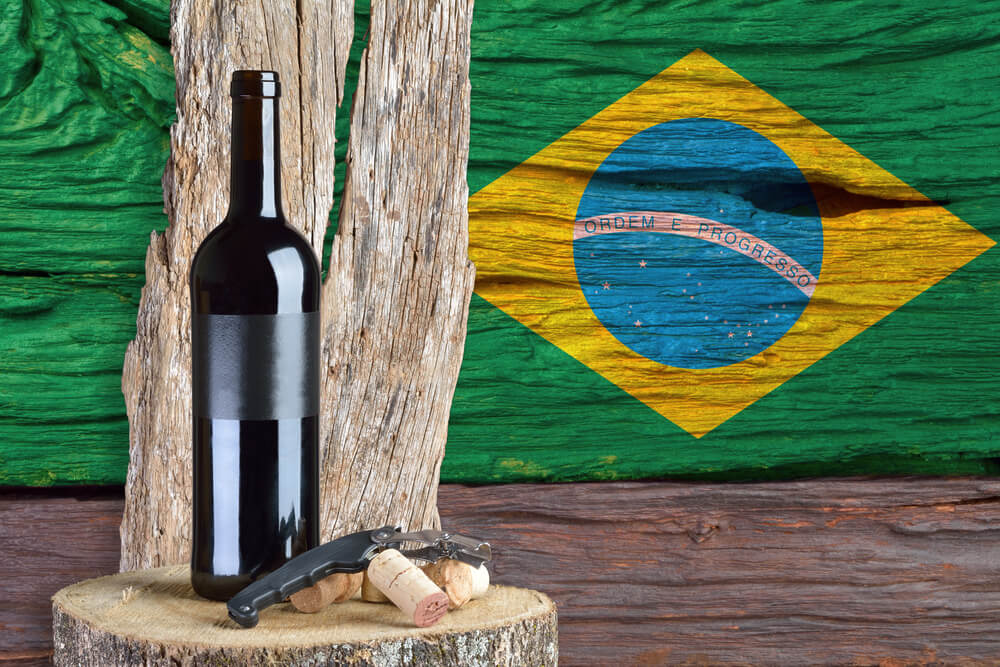 The country of Brazil is currently the 15th largest wine-producing region in the world, and everything from sparkling wines to red and white wine styles is produced here.

Brazilian wines are very unique and delicious though they can be hard to find in some parts of the world.

While there are a handful of different areas throughout the country of Brazil that has been known to make wine in the past, today there are six wine regions where a majority of the wine grapes are grown.

The wines produced here range from bone dry to very sweet, and Brazilian wines offer some of the best value of any South American wine region.

The biggest hurdle for many wine enthusiasts to overcome is distribution, as Brazilian wines can be difficult to find in many places.

While Brazilian wines can be tough to find in many parts of the world, they are well worth the search. Sparkling wines from this country have been taking the wine world by storm in recent years, as well as traditional red wine grapes like Merlot and Cabernet Sauvignon. 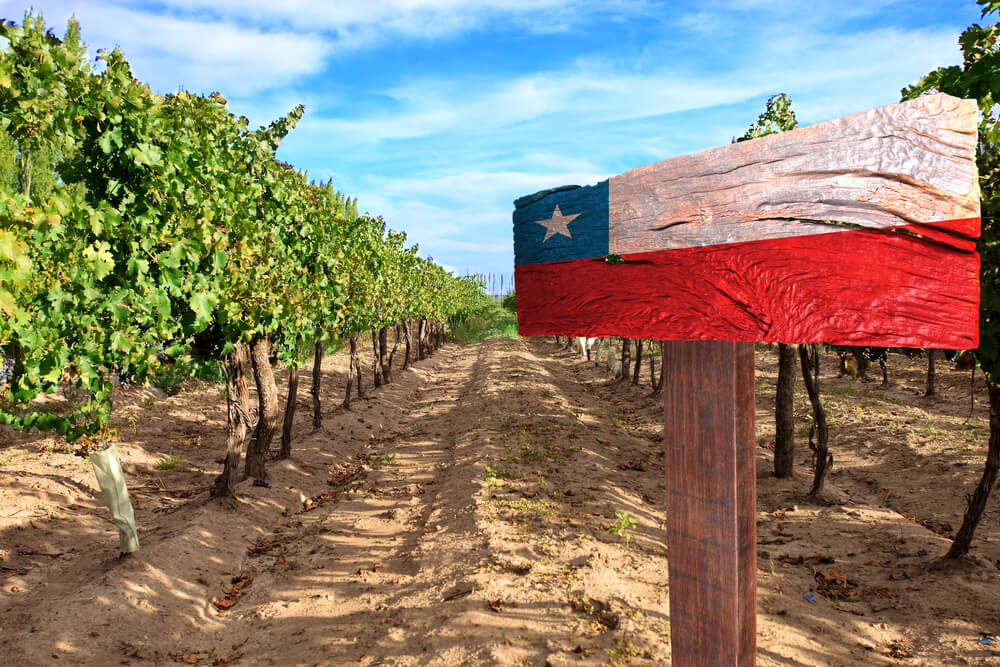 The country of Chile is the sixth largest wine-making country in the entire world, with Argentina being the only larger producer on the continent. There is a long history of French influence and investment in the region, and the local wines reflect this heavily.

The Central Valley is by far the largest wine-producing area in the country of Chile, and it is responsible for over 80 percent of all wine made in the country.

The most important Central Valley red grape is Cabernet Sauvignon, and the primary white grape is Chardonnay.

Casillero del Diablo Reserva Cabernet Sauvignon is one of the most recognizable bottles of wine produced in the country of Chile, and it offers incredible value.

Vina San Pedro Cabo de Hornos Special Reserve is a premium blend of Cabernet Sauvignon, Malbec, and Syrah that offers all the best parts of the Central Valley.

The breezy coastal regions of the central valley are referred to as the “Costas,” and these cooler regions are best suited for cool climate grapes like Chardonnay, Sauvignon Blanc, and Pinot Noir.

The wines grown here are well-rounded with a solid amount of acidity and a smooth body.

The warmer valleys inland of the coastal regions is better suited for warmer climate grapes like Cabernet Sauvignon, Syrah, and Merlot. The wines grown here are big and bold and are often used to produce Bordeaux-style blends.

Other Wine Regions of Chile

While the lion’s share of Chilean wine is produced in the Central Valley, there are a handful of other regions that also produce high-quality wines. 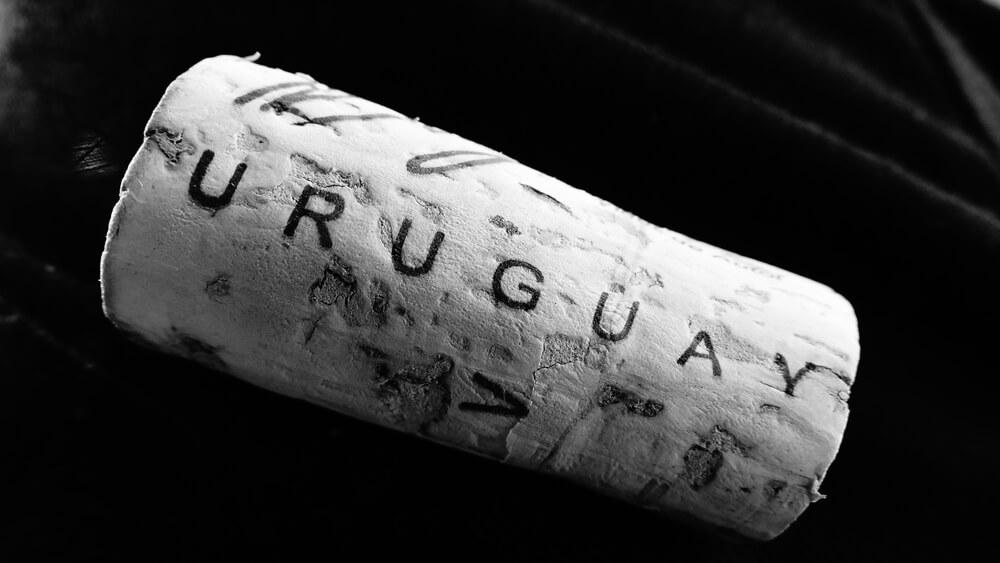 Uruguay is home to many different styles of wine, and the techniques used to produce it are as varied as the landscapes and microclimates across the country.

While there are dozens of tiny winemaking villages across Uruguay, most of the wine is produced in six regions.

The wine regions in the country of Uruguay are generally small and are mainly concentrated in the coastal areas as well as on the country’s border with Argentina. Canelones produces about 60 percent of the wine in Uruguay, with the rest of the regions being known for artisanal wines.

The most important wine grape in the country of Uruguay is Tannat, which is a clone of what was originally a French varietal.

This red wine grape contains more antioxidants than any other red wine and is known for its full body and intense flavors.

Along with Tannat, there are a variety of other grapes grown in Uruguay. While Tannat accounts for nearly 40 percent of all wine from Uruguay, there are a handful of other wine grapes grown here – including some of the most popular varietals in the world. 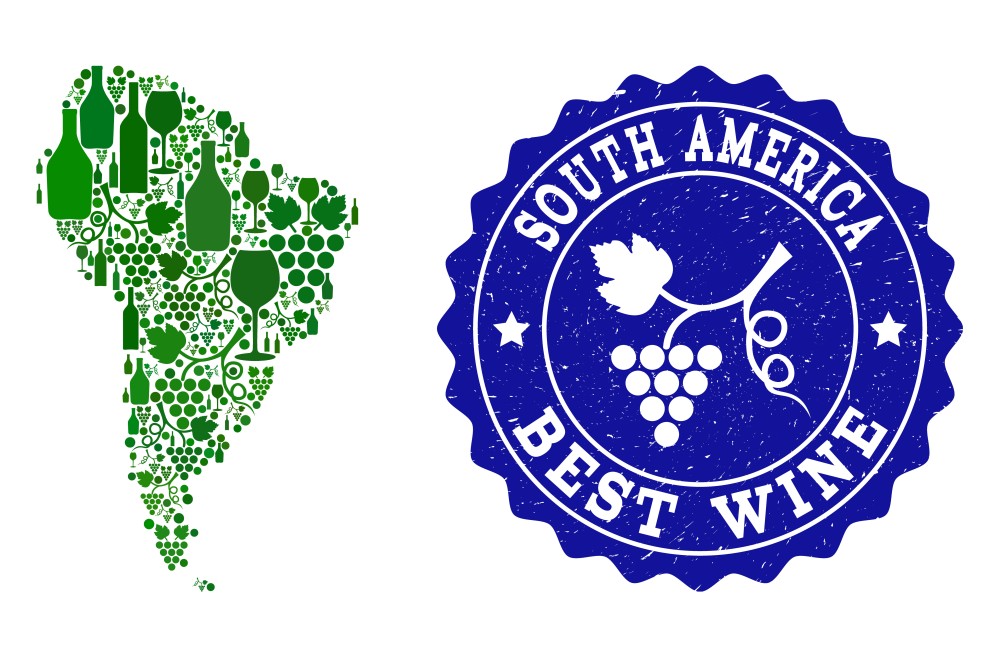 South America is home to some of the best-kept secrets in the wine world, as well as highly regarded and extremely popular wine regions like Mendoza, Argentina.

While Malbec is the most famous South American wine grape, there are many other wine styles and regions scattered across the continent. 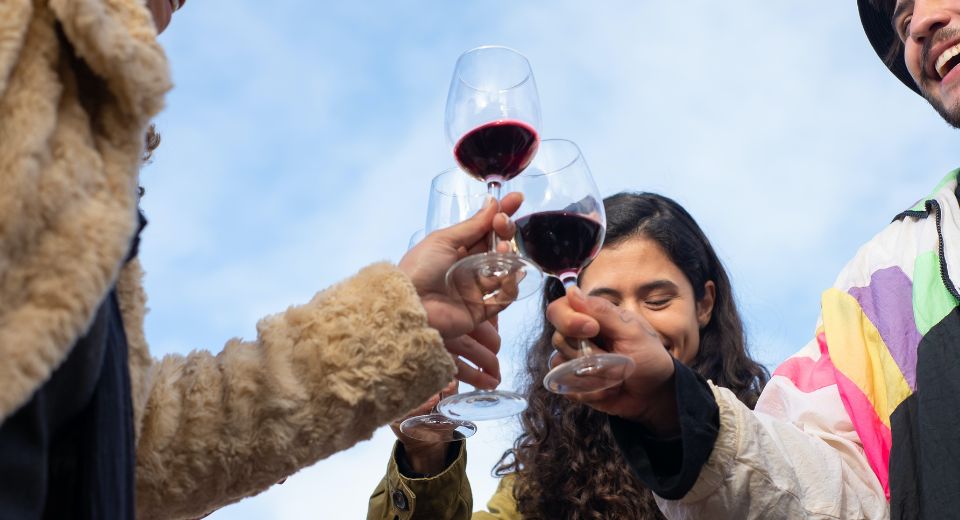 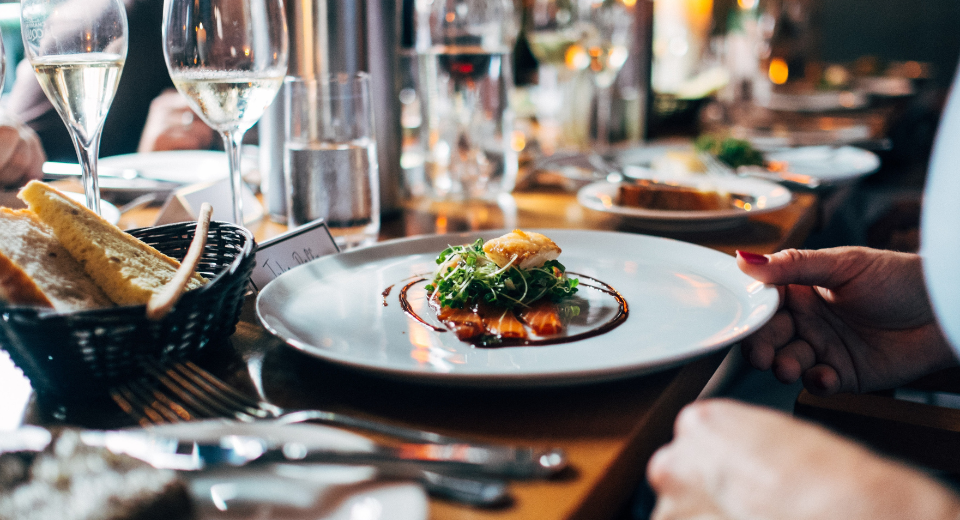 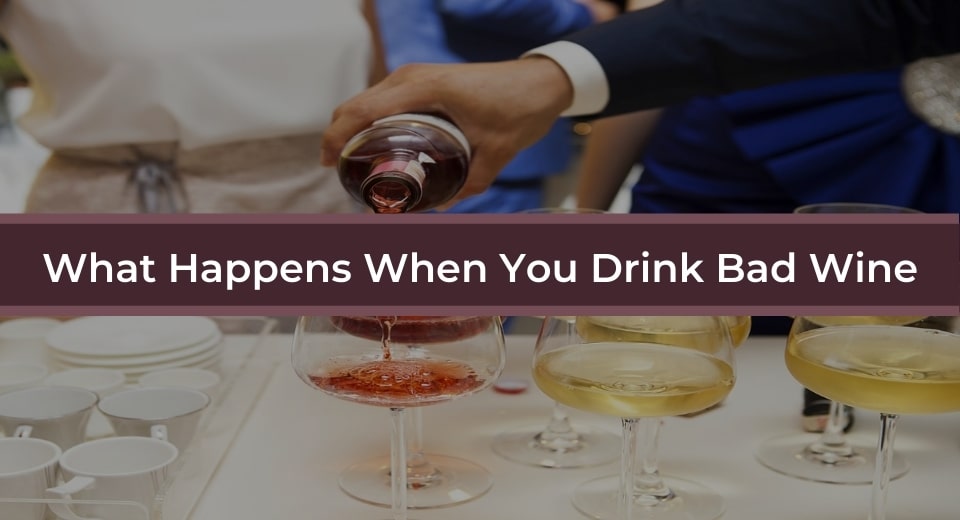 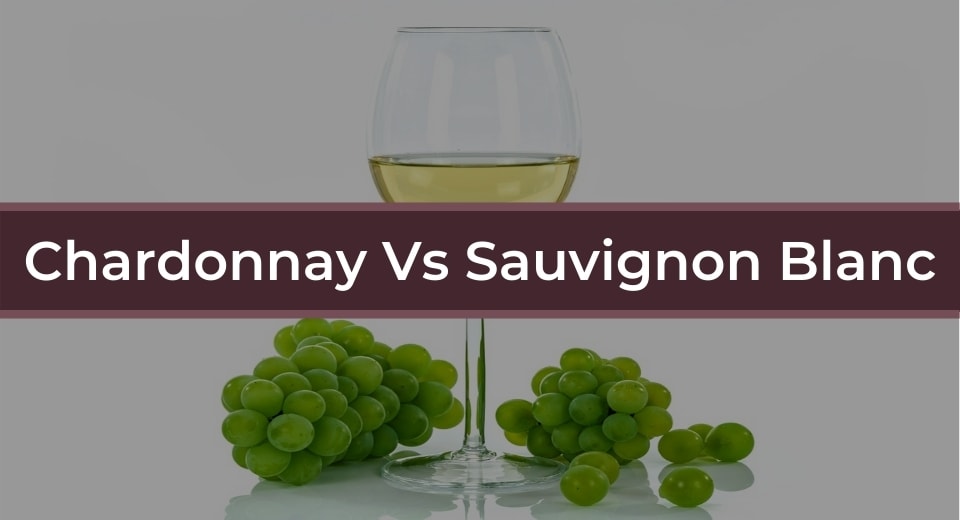 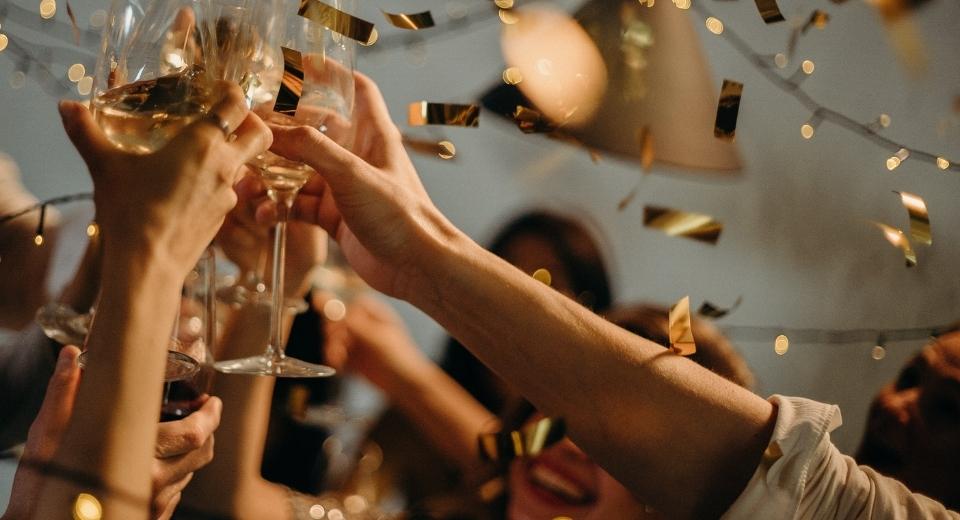 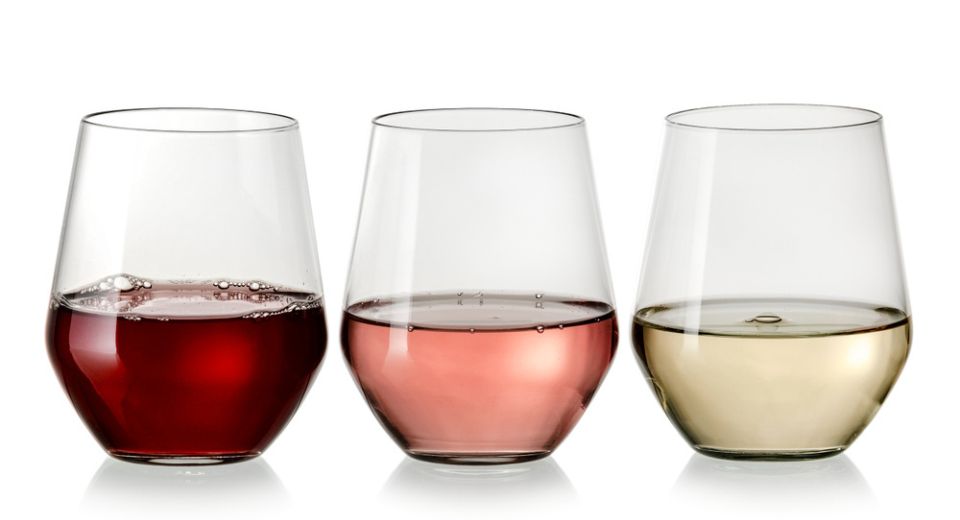