Japanese wine is an interesting breed. For instance, it used to be that even wine imported in bulk and merely bottled in Japan was considered a Japanese domestic wine.

Today, there are more strict regulations surrounding the production of wine in Japan, and there are several native varieties they’ve cultivated in recent years.

I was hesitant to try Japanese wine because my perception was that it wasn’t grown, fermented, or bottled with care, and they certainly weren’t concerned about terroir or region.

I was pleasantly surprised to learn that I was wrong. Unfortunately, I’ve never had the privilege to travel to Japan, so I’ve never tried any of these wines domestically. If you do get the chance to do that, I’ll be jealous. 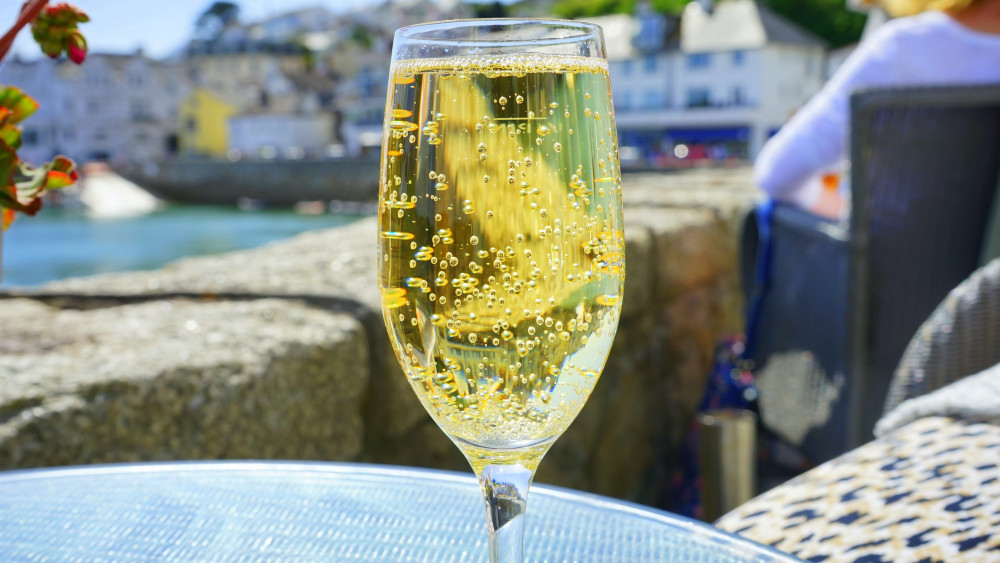 The Ikeda Winery is located in the Koshu Valley of Yamanashi Prefecture, which is about an hour and a half outside of Tokyo by train.

This family-run business produces both red and white wines from Koshu grapes (a native of Japan), as well as a rosé. The Ikeda’s have been making wine since 1956.

The Ikeda Winery is one of the few in Japan that use traditional European winemaking techniques, such as barrel fermentation and malolactic conversion. The wines are aged in French oak barrels for 12 to 18 months before being bottled.

Ikeda Wines produces three white wines, two reds, and one rosé. The white wines are a Koshu, a Pinot Gris, and a Sauvignon Blanc. The reds are a Koshu and a Cabernet Sauvignon. The rosé is made from 100% Koshu grapes.

If you get the chance to travel to Japan, this winery offers tastings and sales on-site. Believe it or not, their signs are predominantly in English, so you shouldn’t have too much trouble getting around.

Château Mercian is located in Nagano Prefecture and uses traditional French viticultural practices, as well as state-of-the-art technology in its production process. Their goal is to produce wines as you might expect in a tranquil Japanese garden.

The grapes used in Château Mercian wines are all grown in their vineyards, which are located in the foothills of the Japanese Alps. The climate is relatively cool and dry, which is ideal for grape-growing.

Château Mercian produces a healthy variety of native Japanese wines as well as European varieties. You will find what’s familiar to you in their Merlot, Cabernet Franc, Chardonnay, Cabernet Sauvignon, Muscat, and Syrah.

However, you may want to branch out and try any of their Koshu wines, as well as their Hiyasume (white wine made from a native Japanese grape).

The Grace Winery is located in the Yamanashi Prefecture, just like the Ikeda Winery. It was established in 1973 by Norihito Kanai and his wife Nobuko.

Together, they started planting vines on the slopes of Mount Fuji, where the soil is incredibly fertile and rich in minerals. The climate is also ideal for grape-growing, with warm days and cool nights.

The Grace Winery is one of the first in Japan to use New World wine-making techniques, such as open-top fermentation and small-lot production. The wines are aged in French oak barrels for 12 months before being bottled.

Grace Winery produces a variety of white, red, and rose. They also have sparkling and fortified wines. They’re known for their Misawa, Koshu, and Akeno varieties.

I highly recommend visiting because the scenery is beyond compare. With the winery itself located at the base of the volcano and the vineyards climbing the sides, you won’t ever want to leave.

The Kyoto-Do Winery was established in 1966 by Shigeru Suzui. It’s located in the Fushimi Ward of Kyoto, which is renowned for its sake production.

The climate here is temperate and humid, which is ideal for growing grapes that produce delicate flavors.

Kyoto-Do Winery is one of the few in Japan that use organic farming practices. They also use traditional Japanese wine-making techniques, such as whole cluster fermentation and aging in small oak barrels.

The wines produced by Kyoto-Do Winery are all red. The most popular varieties are the Koshu, Pinot Noir, and Cabernet Sauvignon.

They also offer a specialty wine called the Tokusei, which is made from 100% Koshu grapes. 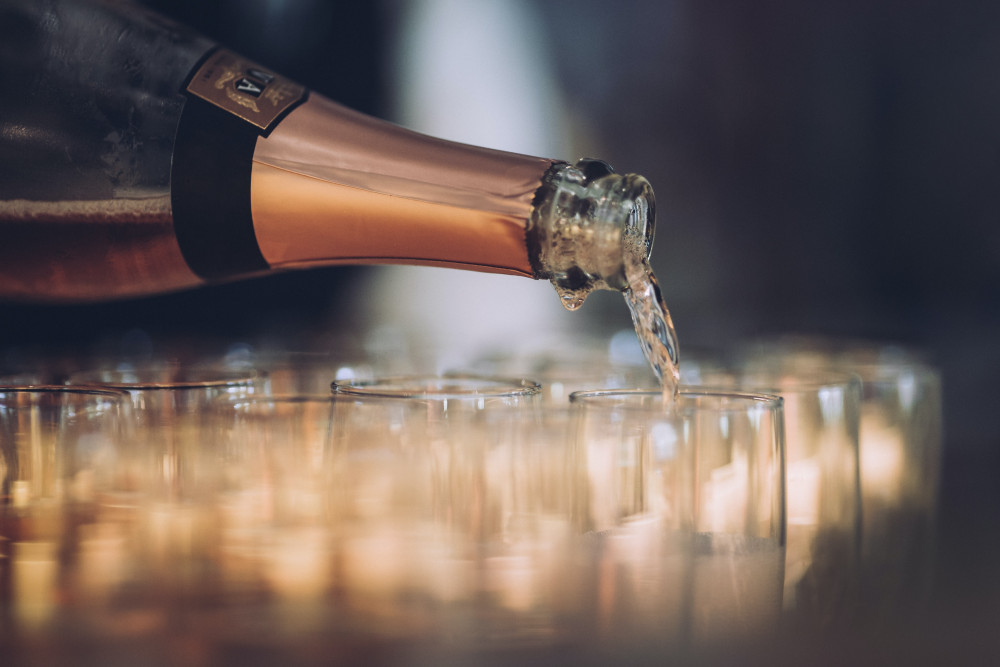 This highly acclaimed wine brand is located in the city of Nagoya in Aichi Prefecture. It was founded in 1948 by Shigeru Sugiura, who was inspired by the great wines of France.

The Diamond Shuzo Winery uses traditional Japanese wine-making techniques, as well as modern technology. The grapes are all grown in their own vineyards, which are located in the foothills of the Japanese Alps.

The Diamond Shuzo Winery produces mostly Muscat Bailey A and Koshu wines, but several of their vintages have won awards in international competitions.

The most popular varieties are the Muscat Bailey A, the Koshu Nouveau, and the Koshu Reserve. However, this wine brand is one of the only ones to produce a Koshu Demi-Sec that’s well worth a taste.

The Maruki Winery is the oldest in Japan and can trace its roots back to Japanese winemaking pioneer, Ryuken Tsuchiya.

He established this winery in 1891 and it’s currently the only place you can try an old sweet Koshu that’s been aged in their on-site cellars for 40 years.

The Maruki Winery produces a variety of red, white, and rose wines. They’re most famous for their Koshu wines, but they also have excellent Cabernet Sauvignon, Merlot, and Pinot Noir.

The Katsunuma Winery offers an interesting mix of winemaking techniques from Portugal and Europe. In fact, winemaker Yugi Aruga uses his last name to create faux-Portuguese names for his wines.

He came up with this idea when he realized his last name looked a bit Portuguese, and he played off of the theory that the Portuguese were the first to bring European wine to Japan.

This winery was established in 1937 and is located in the Katsunuma region of Yamanishi Prefecture. Katsunuma is both nationally and internationally acclaimed, and it’s known for paving the way for Koshu wines in the global market.

Yugi’s son Hirotaka is now president, but before he took over the family business, he studied winemaking at Simon Bize et Fils in Beaune, in the heart of the European wine scene.

I highly recommend you try these Koshi wines because they’re some of the most fruit-forward, crisp, and refreshing wines I’ve ever had. The Katsunuma Winery also offers a variety of red and white wines, as well as sake and liqueurs.

The Chateau Sakaori is a French-style winery located on Sakaori, which is a hill that overlooks Kofu. It was established in 1991 and uses the high humidity, plentiful rainfall, and presence of typhoons to grow the best grapes they can.

These premium wines are then made in their state-of-the-art facilities that use French winemaking techniques, developed from years of knowledge and expertise.

Complimentary self-guided tours allow you access to the winery facilities, but a guided tour by the staff offers a more detailed explanation of how the wines are made as well as a tasting.

If you want the ultimate experience, a guided tour by the chief winemaker will offer you exclusive access to restricted areas and a tasting of the Reserve wine collection.

The Chateau Sakaori Winery offers a variety of red and white wines, as well as sparkling wines and dessert wines. The most popular varieties are Pinot Noir, Chardonnay, and the Cuvee Prestige.

If you’re looking for a truly unique wine-tasting experience, I recommend the Chateau Sakaori’s Pinot Noir Rose, which is made using the Saignee method. 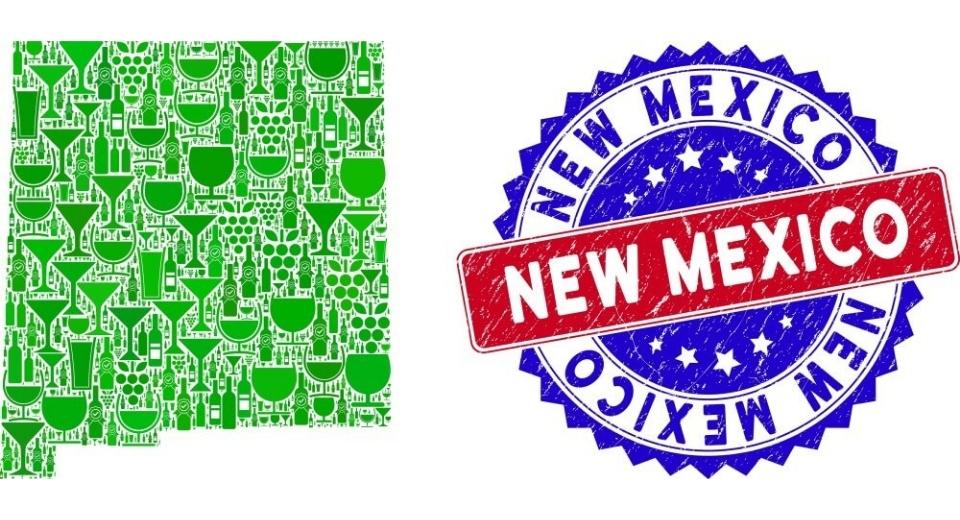 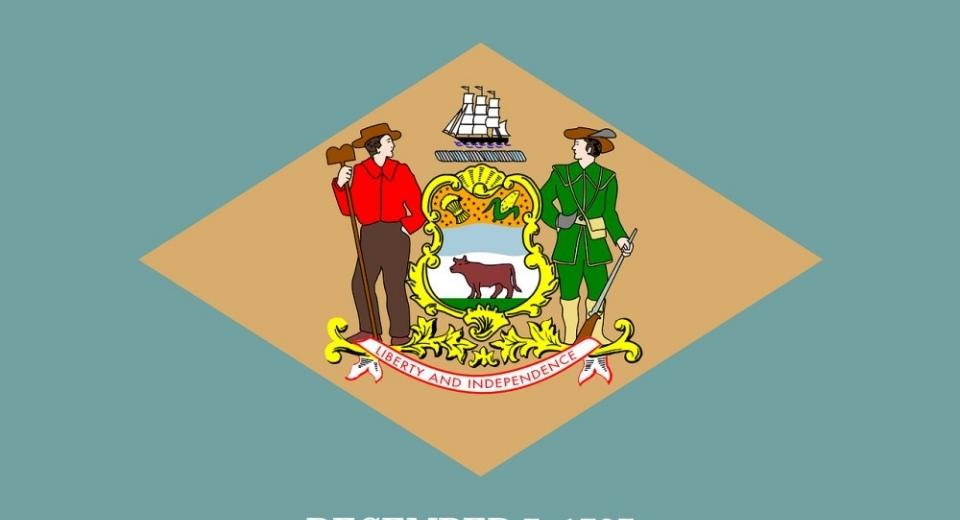 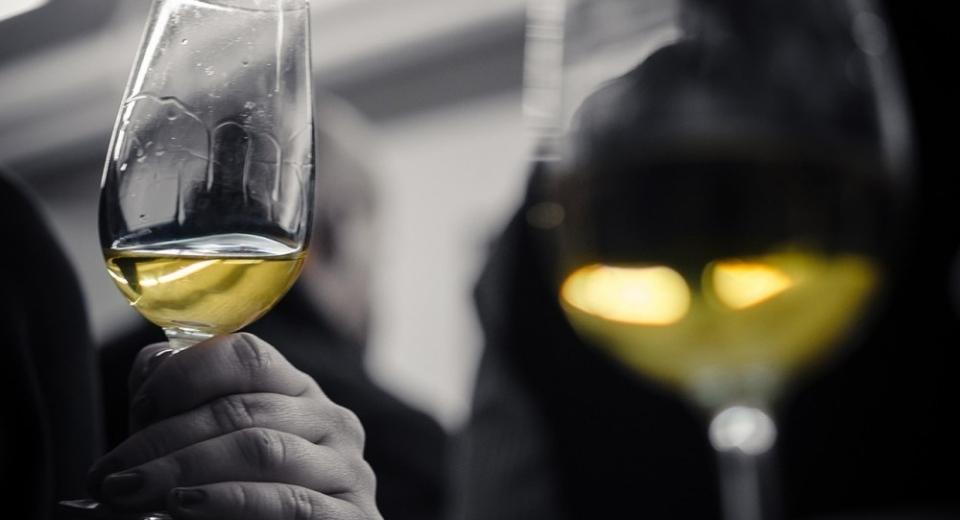 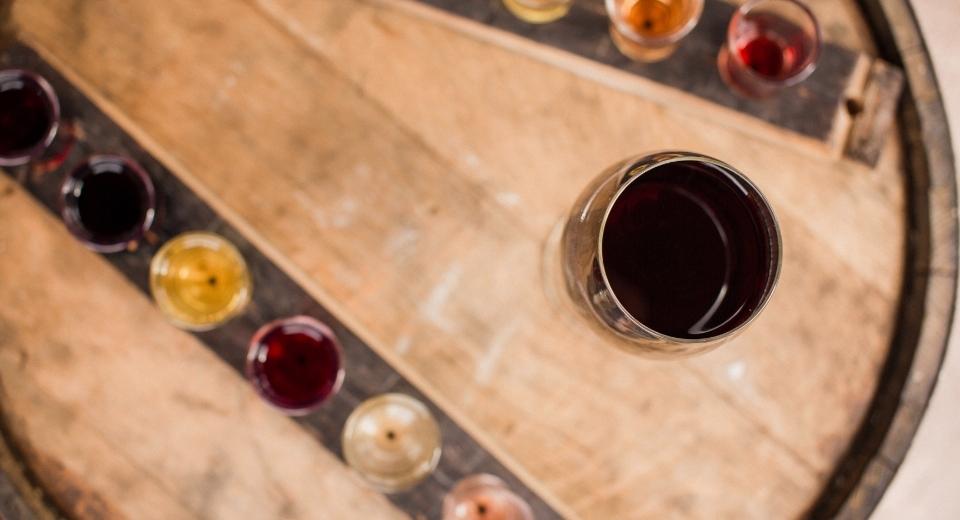 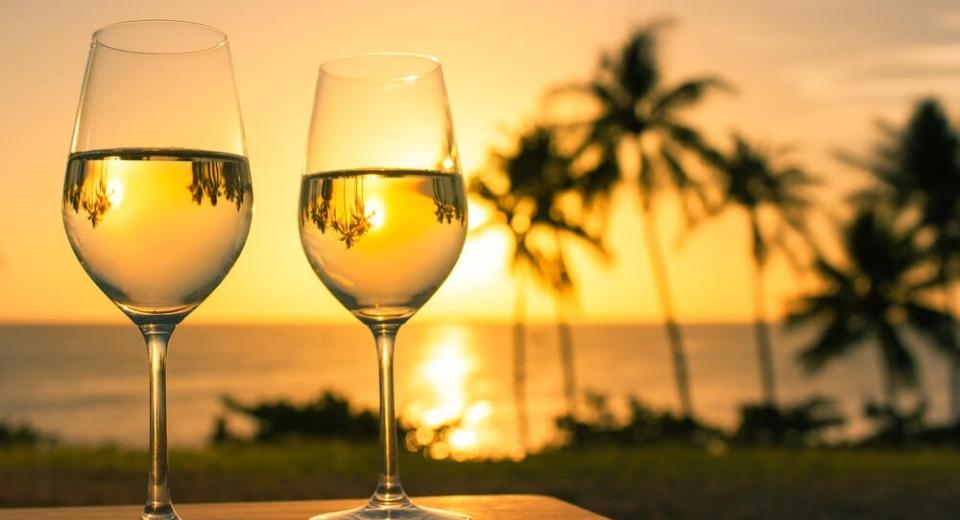 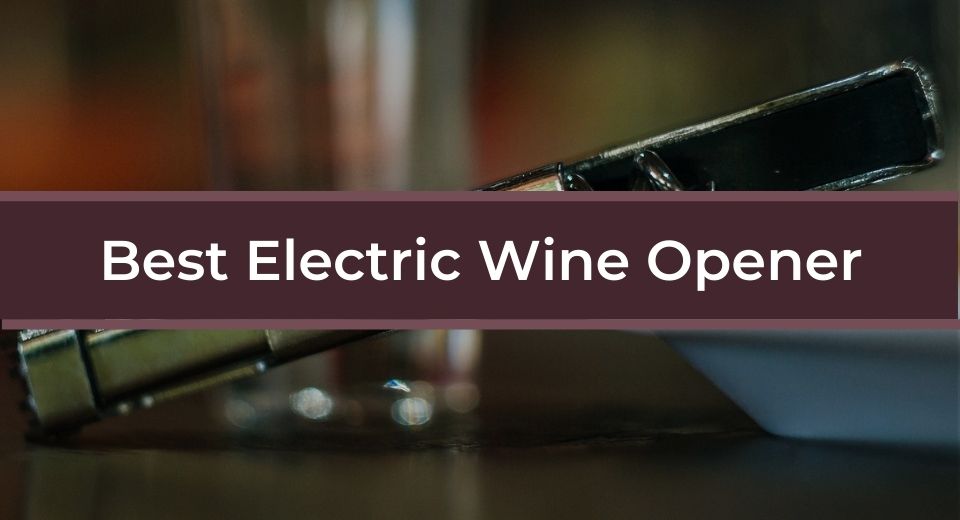