The wines of Japan are fairly scarce when compared with the production of large wine-making countries like France, Italy, and the United States.

The majority of grapes that are grown in Japan are used as table grapes, and the wines produced domestically are from dual-purpose grapes that can be used for either winemaking or food.

While the majority of Japan’s finest wines are yet to break through on the international market, many wine experts believe it is only a matter of time before they are more commonplace.

The Best Wines of Japan

Japan is home to a variety of unique wine grapes with unforgettable tasting notes, and there are a handful of wine regions that are considered to be the most important today. 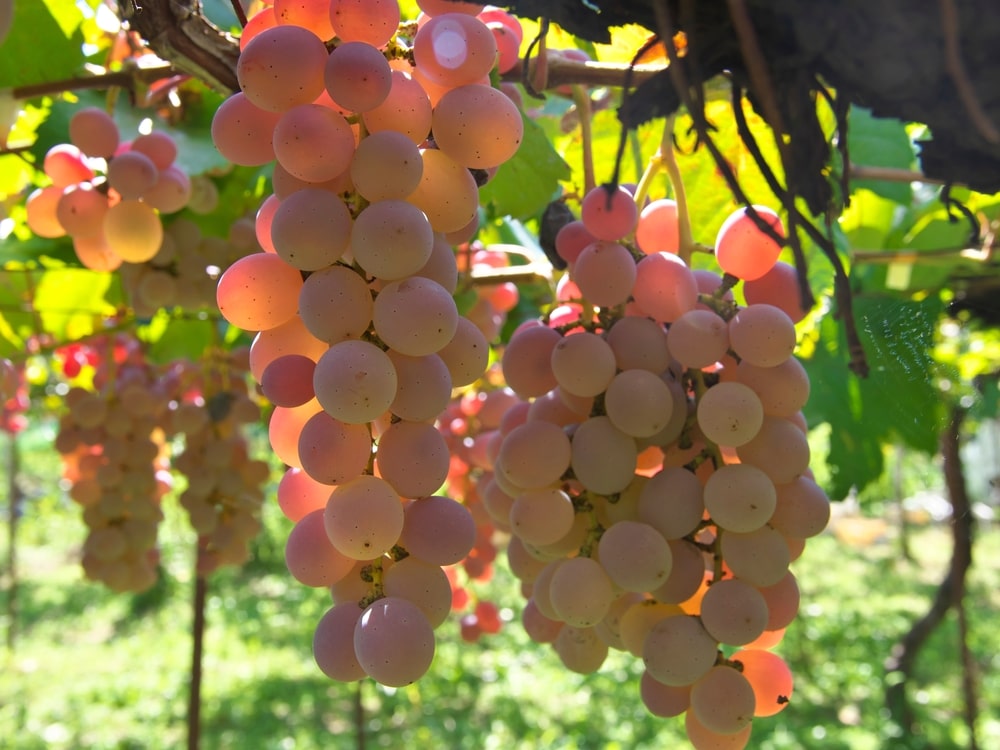 Koshu is a rare and extremely interesting wine grape that is only produced in the country of Japan today. The grape is significantly larger when compared with more traditional wine grapes like Cabernet Sauvignon, and carries a distinct bright pink hue.

Historians are not sure how this strain of grape arrived in Japan, but there is evidence that it has been produced domestically for more than 900 years.  The Koshu grape is most commonly grown for table wine purposes, as it is sweet and delicious on its own.

Table grapes like Koshu have distinct thick skin, and these grapes are fairly low in residual sugar and high in acidity. These are not ideal qualities for high-quality wine production, and Japanese winemakers have used a variety of techniques for decades to balance Koshu wines.

A process called chaptalization is often used to increase the alcohol content and sweetness of wines produced in cold-weather wine-growing areas like Japan. By adding sugar to the grape must before fermentation, higher alcohol levels can be reached with more resulting sweetness.

Without using the chaptalization process, it is often difficult for winemakers in Japan to produce wines that contain alcohol levels higher than 10 percent by volume. Wines that have been produced using added sugar are distinctly sweet, and not highly regarded by many wine lovers.

In recent years, there has been a shift in the Japanese winemaking industry towards drier and “more serious” styles of wine. The overall level of quality has increased dramatically in the eyes of many wine critics, and sparkling wines are emerging on the Japanese wine scene as well.

Suntory Tomi No Oka Winery Koshu is one of the most highly regarded and sought-after bottles of wine being produced in Japan today, and it is also one of the most expensive. It is a regular award winner at prestigious wine competitions, including the International Wine Challenge.

Chateau Mercian Koshu is an affordable bottle of wine that is best known for carrying refreshing citrus-tasting notes of lime and lemon. This is a fantastic example that showcases the best parts of the modern style of Koshu winemaking in Japan. 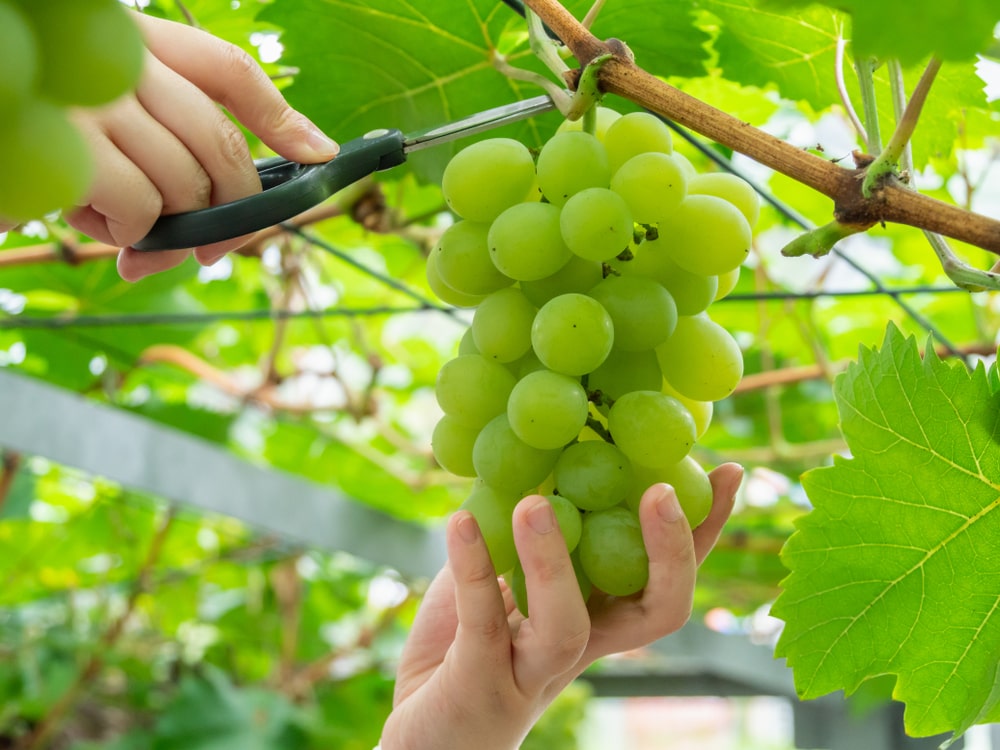 There are two key varieties of the world-famous Muscat grape that are most important in the country of Japan today. Muscat of Alexandria and Muscat Bailey A are both fairly rare white wine varietals that are used to produce everything from sweet dessert wines to serious dry wine.

Muscat of Alexandria is more common internationally when compared with Muscat Bailey A, and is most often found in countries like Spain, Portugal, and Italy today. Like Koshu, this is a dual-purpose grape, meaning it can be used either as a table grape or for wine production.

The most common use for the Muscat of Alexandria grape today in terms of wine production is for making sweet, often fortified wines that are most often marketed and sold as dessert wines. While fairly prevalent in Japan, Muscat of Alexandria is less common compared to Baily A.

Muscat Bailey A carries a distinctly deep and dark hue of pink and is the closest thing to a true red wine grape being produced in the country of Japan today. This is a hybrid grape varietal that was bred specifically for production in the unique growing conditions of Japan.

Japan is the only place in the entire world growing this specific varietal of wine grape today, and it is primarily used to make light and easy-drinking red wines that are low in tannin. Some wine enthusiasts describe Muscat Bailey A wines as “pink,” as they are very light in color.

Suntory Shiojiri Winery Mizunara Barrel Aged Muscat Bailey A is one of the most exciting and most talked about bottles of wine produced in Japan today using the Muscat Bailey A grape. It is barrel aged, which imparts new tastes into the wine as it develops and softens over time.

Suntory ‘Japan Premium’ Muscat Bailey A is an affordable bottle of light red wine that has become very popular among the younger crowd domestically and is often found on wine lists and menus at a number of Japanese dining establishments ranging from fine dining to casual. 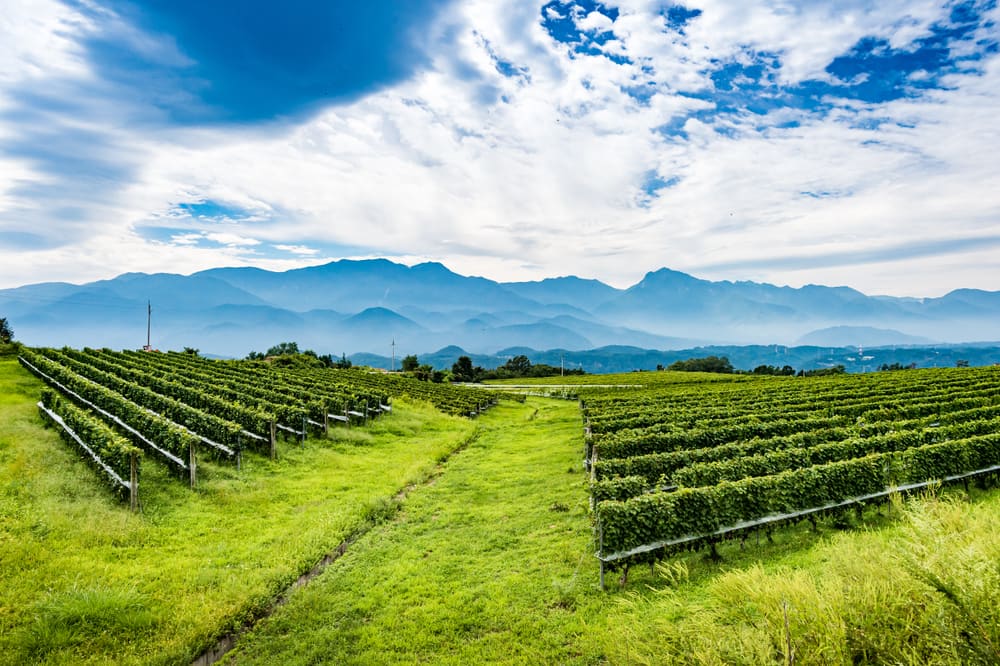 Yamanashi is the most recognizable wine region in the country of Japan today and is where nearly every bottle of wine that reaches the international market is produced. This is considered by many wine experts to be the “headquarters” of Japanese wine and with good reason.

Due to the fact that the Yamanashi region is where the famous Koshu grape was first planted, this is considered by many to be the “birthplace” of modern Japanese winemaking. It is by far the most important wine region in the country of Japan and is responsible for the majority of wine.

It is estimated that around 45 percent of all grapes in the entire country of Japan are grown in the Yamanashi region, and the region was the first to be awarded a “Geographical Indication” designation for dedicated wine production.

One of the largest and most prominent producers of wine in the Yamanashi region today is called Grace Winery. It produces a number of different styles and bottles of wine and is one of the most widely distributed labels that are available on the international market.

Grace Winery Koshu is the most popular bottle of wine being produced in the entire country of Japan today. It is made using the Koshu grape and traditional winemaking techniques and is available outside of Japan through a number of different distributors and outlets.

Grace Winery Toriibira Vineyard Private Reserve Koshu is an upscale version of the familiar Grace Koshu wine that is produced using only the finest and highest-graded grapes from the vineyard. It has been awarded a number of prestigious awards at the Japan Wine Challenge. 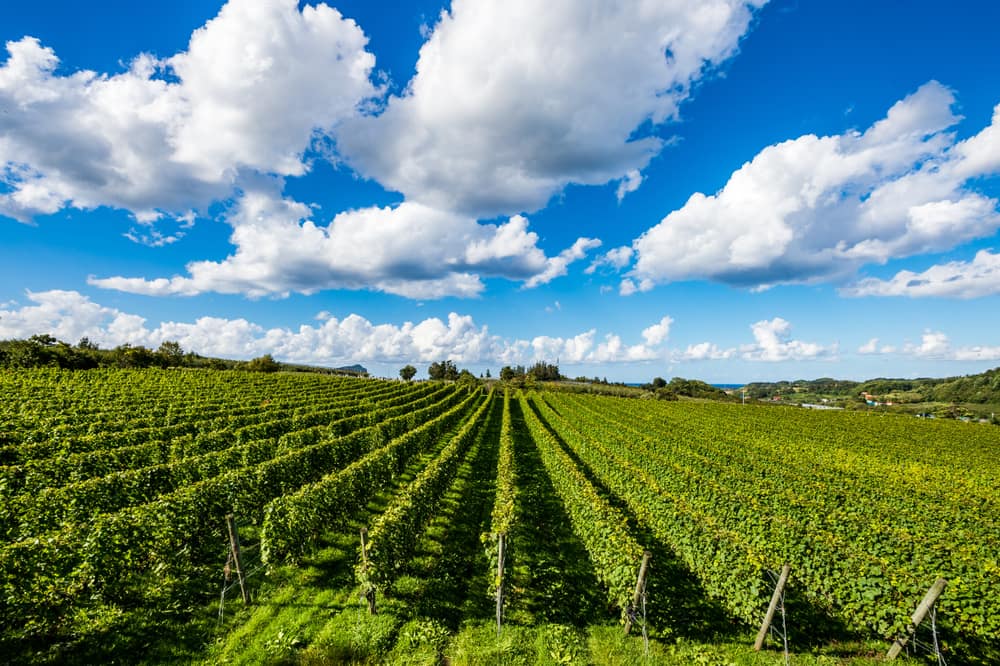 Hokkaido is a region in the northern portion of Japan that has risen to prominence on the Japanese wine scene rapidly over the past few decades. The growing climate here is fairly cold, making it a great candidate for cool-weather wine grapes like those from Germany.

There are over 20 wineries that are currently operational in the Hokkaido region today, and it is estimated that the region accounts for about 30 percent of Japan’s total grape production today. While whiskey is the primary beverage produced here, high-quality wine is on the rise yearly.

There are a wide variety of wine grapes that are currently thriving in the Hokkaido wine region, including Niagara, Müller-Thurgau, and Pinot Noir. The Hokkaido Wine Company is the largest and most important producer in the region and is responsible for much of the area’s success.

Hokkaido Wine ‘Otaru’ Niagara is a very popular bottle of wine that is both affordable and delicious. It is made using the historic Niagara grape, and this affordable white wine is popular across Japan as a gift wine that is also often served at parties.

Yoichi Wine Muller-Thurgau is an exciting bottle of wine that has been impressing wine critics worldwide over the past few years. It is a fantastic representation of high-quality Japanese winemaking using the famous German Muller-Thurgau grape.

Sake and Other Beverages 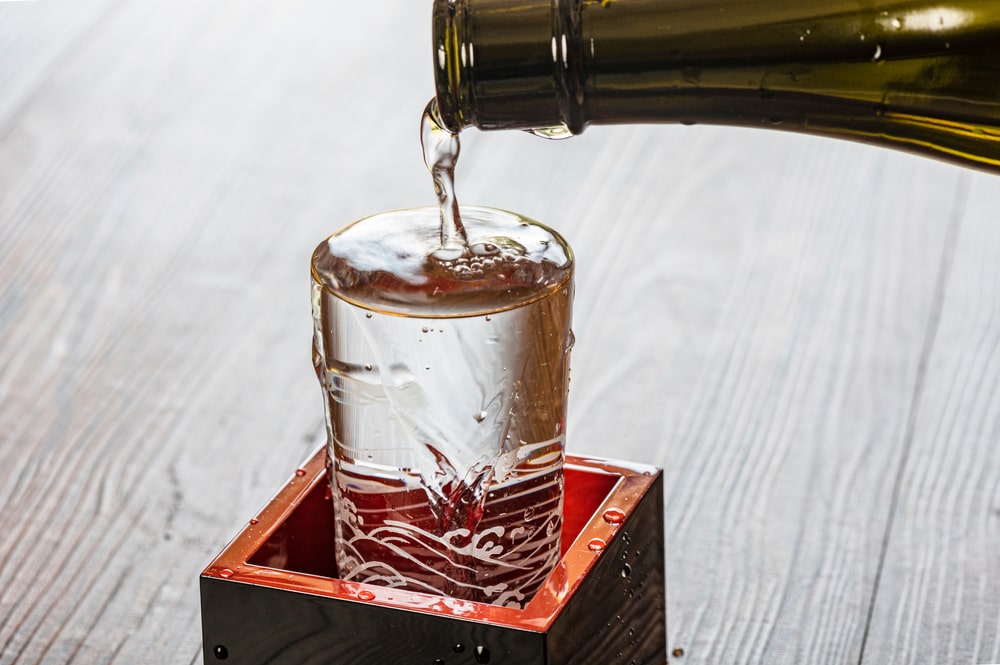 When many wine enthusiasts think of Japanese wine, the first thing that normally comes to mind is the famous “rice wines” of Japan called Sake. While commonly referred to as rice wine, Sake is made using a brewing process that is more similar to the way beer is made.

Sochu is an alcoholic beverage that is also made from rice but distilled in a process that is more similar to liquor production. Sochu can also be produced using other materials including sweet potato and barley.

Whiskey is the most famous and prevalent beverage produced in the country of Japan, and some of the best Japanese whiskeys sell for thousands of dollars. These fine liquors are oak aged and both refined and elegant.

Japan is home to a number of unique styles of wine that are produced using some of the rarest and most interesting wine grapes in the entire world.

Koshu as well as two varieties of the Muscat grape are the most commonly planted across the country, and Yamanashi and Hokkaido are the most important wine regions of Japan today.

Also, check out our list of the various wine regions to further explore wine from around the world. 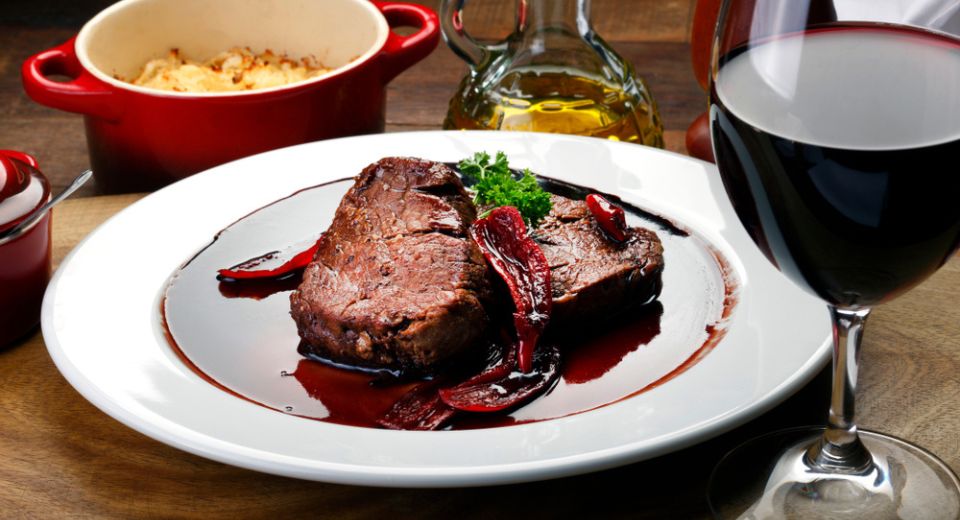 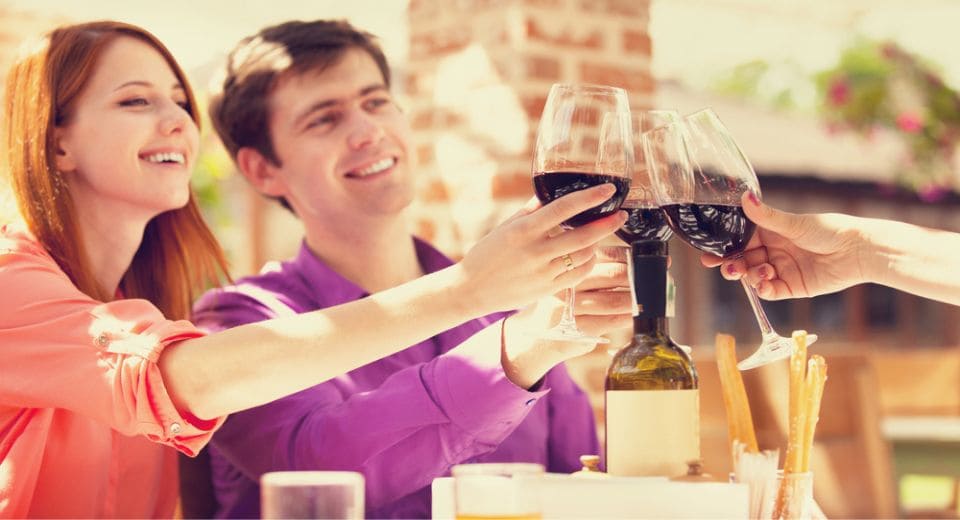 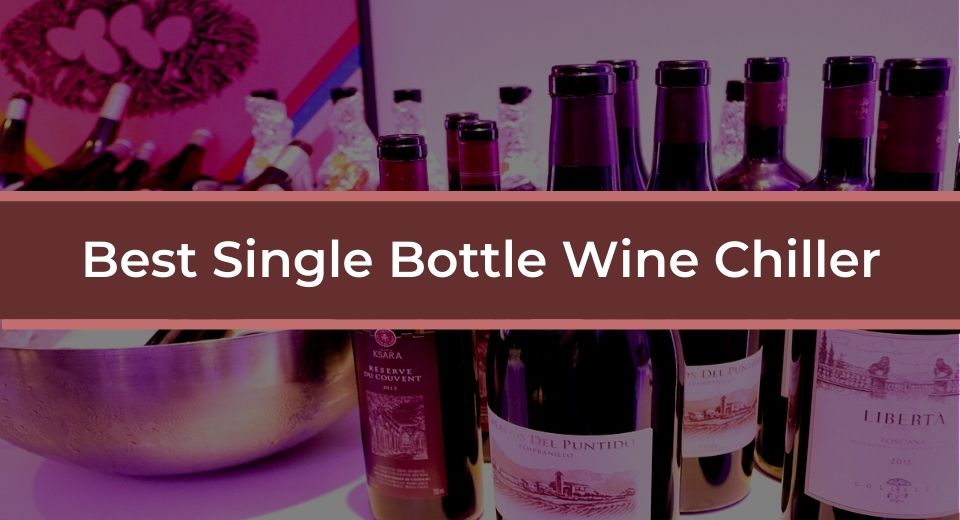 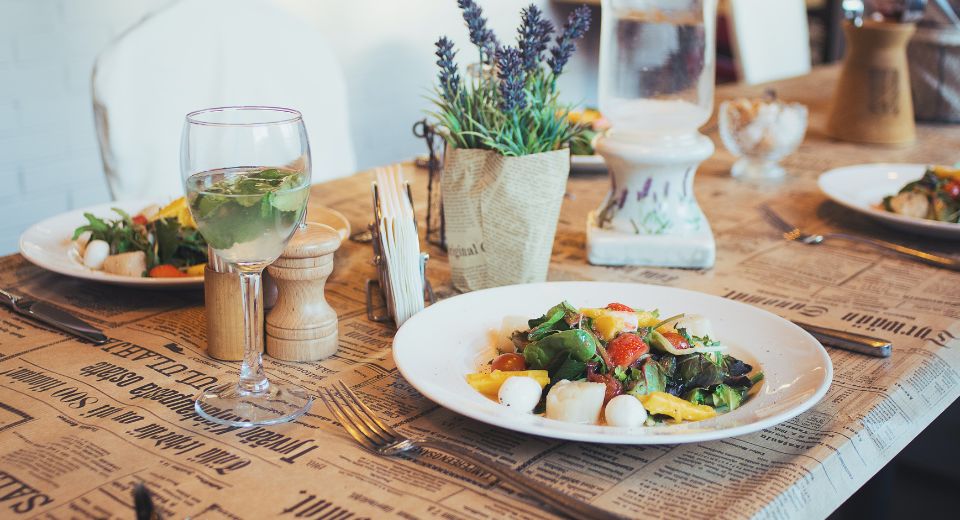 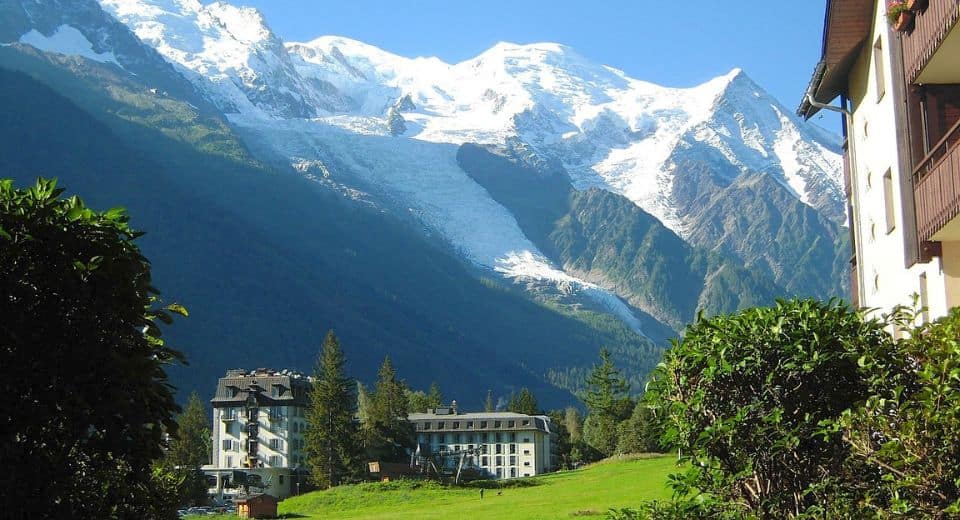 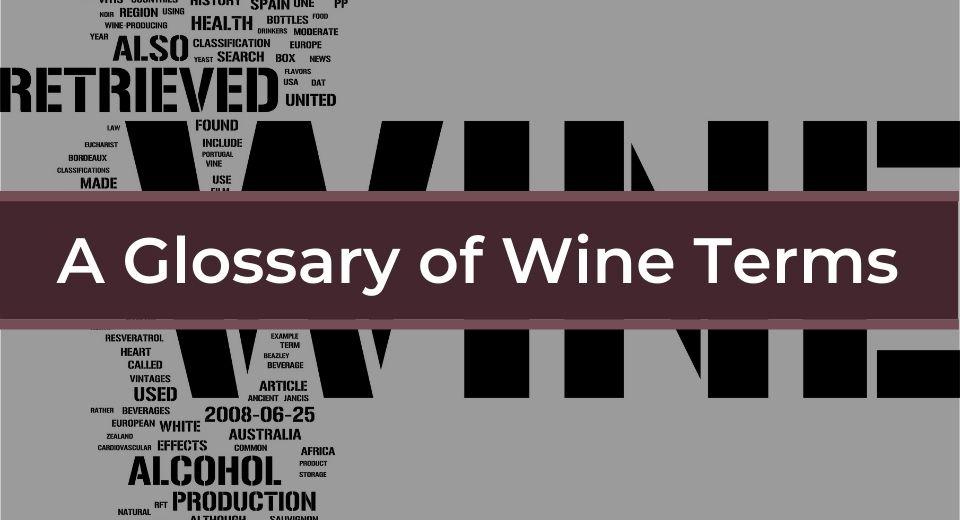