Germany is one of the largest producers of wine in the entire world and has long been an important country in the world of wine.

Though the country is most famous for the white wine grape Riesling, it is also gaining international acclaim for its Pinot Noirs, known locally as Spätburgunder.

There are 13 major wine-producing regions in the country, and the wines of Germany are most focused on these two key wine grapes.

Wines of Germany By Region 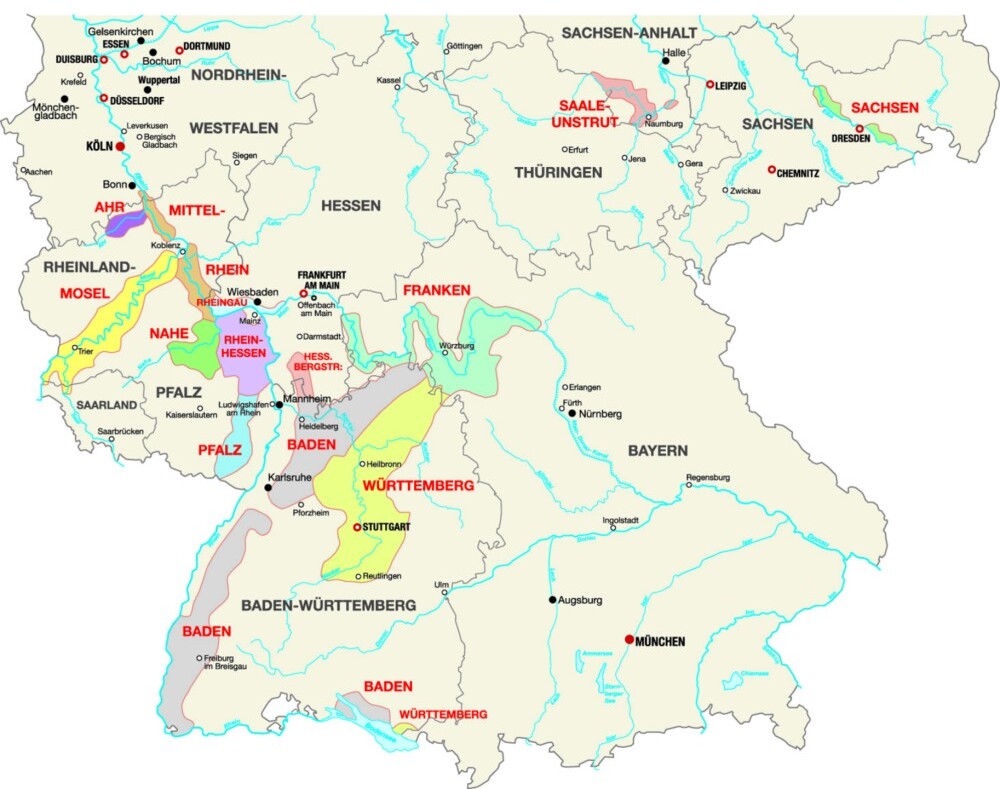 Today, there are 13 different major wine regions in the country of Germany, with the majority of them located on the west side of the country.

Wines from each of these regions carry their own unique characteristics, history, winemaking traditions, and styles. 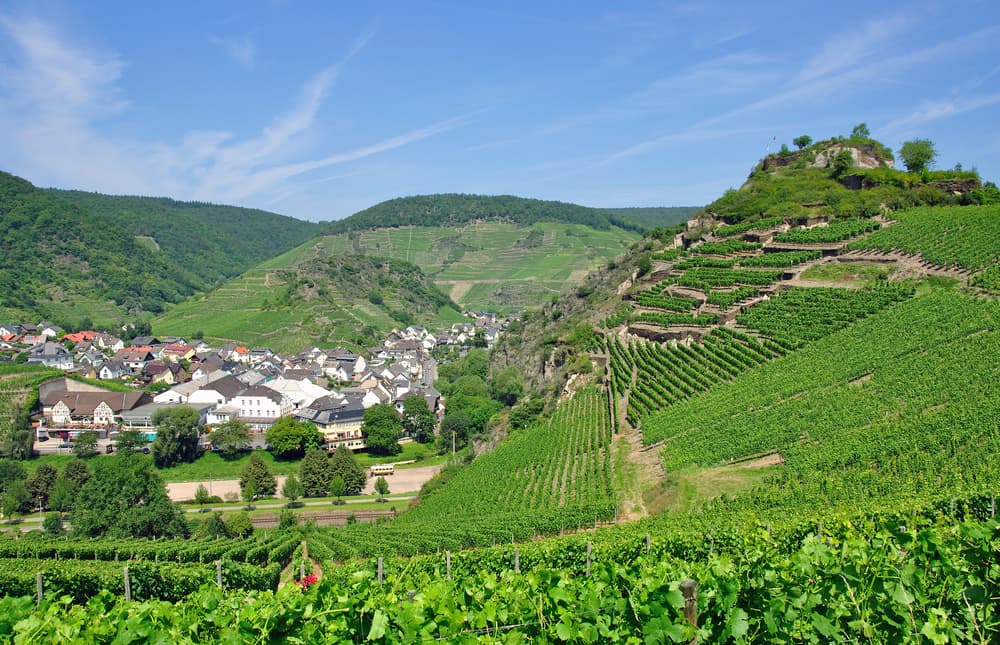 The wine region of Ahr is one of the smallest, least productive, and least famous wine regions in Germany. The focus in this northern wine region is firmly on red wines, with Pinot Noir (known locally as Spätburgunder) leading all plantings.

The area’s northern location makes sunshine an important factor when it comes to wine grape production. The best and most productive vineyards in the area are on southern-facing slopes, allowing them to get maximum sunlight throughout the day.

Weingut Meyer-Nakel Pfarrwingert Spatburgunder Grosses Gewachs is a classic example of Spätburgunder from the Ahr wine region. It has scored over 90 points in numerous different wine publications, and is well known for its complex and layered depth of flavour. 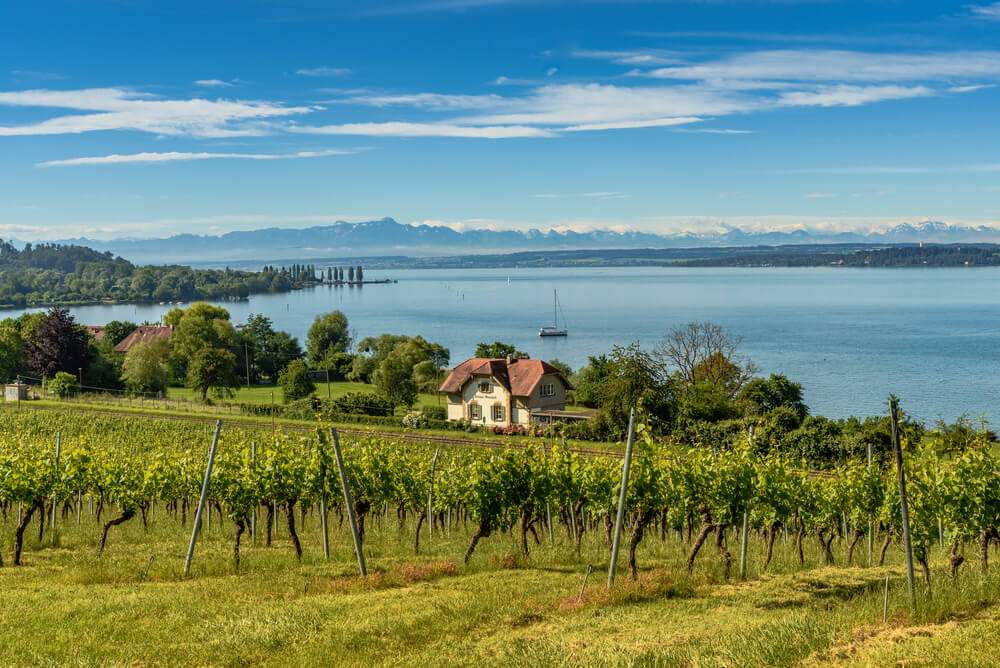 Located on the exact opposite side of the country as Ahr, the Baden wine region is the southernmost wine area in all of Germany.

Due to its southern location, it is also the warmest wine region in the country, which allows the wine grapes to achieve maximum ripeness.

Spätburgunder is the most important and widely planted wine grape in the Baden area, accounting for nearly 40 percent of all grapes in the region.

At around $120 per bottle, it is also one of the most expensive from the region, and with good reason. 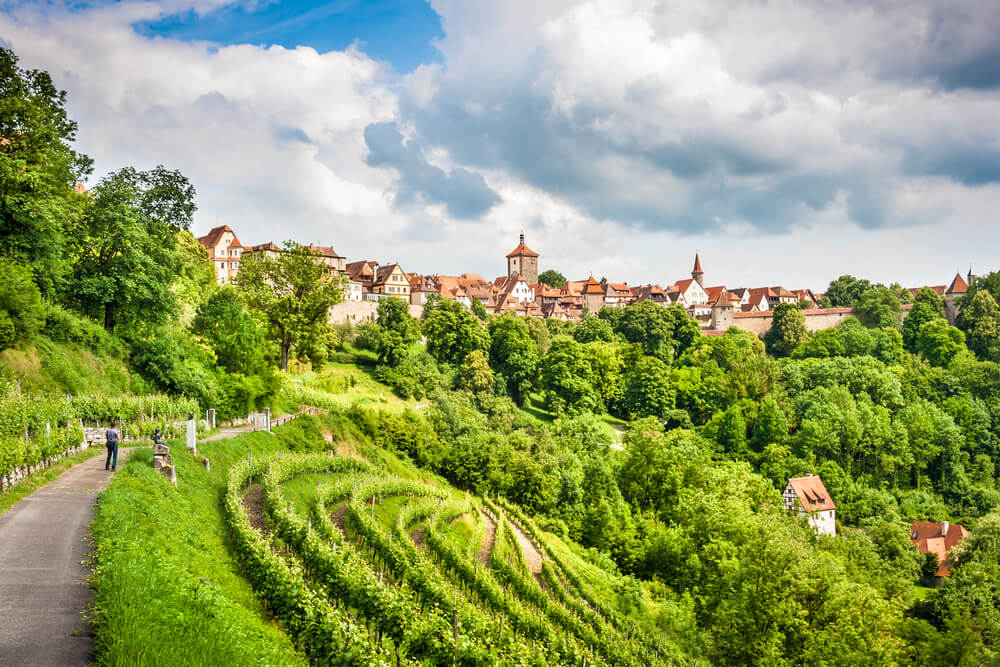 The most important wine grape in the Franken region is a little-known white wine grape called Silvaner.

Plantings of the Silvaner grape in Franken outnumber Riesling, making it one of the only places in the world where Riesling isn’t the dominant grape of the two when planted together.

A good portion of the wine produced in the Franken regions is consumed locally, making bottles of wine from the area more expensive and rare.

Many wine enthusiasts consider Silvaner from the Franken region to be some of the best white wines in the entire world.

Weingut Hans Wirsching Iphofer Julius-Echter-Berg Silvaner Grosses Gewachs is one of the most recognizable and widely known bottles of Silvaner in the wine world.

It consistently scores in the 90s by various wine judges and is a great place to start when exploring Franken wines. 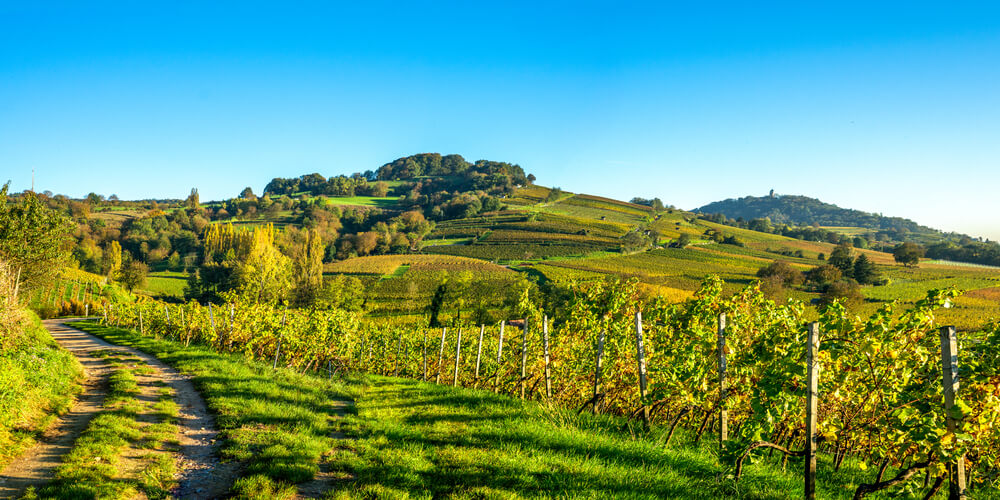 The Hessische Bergstrasse is even smaller than Ahr, and accounts for less than half a percent of all wine produced in the country of Germany.

Nearly all of the wine produced in this small region is consumed domestically, making bottles of wine from the area a rarity internationally.

What the region lacks in size and productivity, it makes up for in rich history and high quality. The climate in the Hessische Bergstrasse region is extremely well suited for growing wine grapes, and wine has been produced in the area since Roman rule thousands of years ago.

Riesling is the most important wine grape in the region, and Staatsweingut Kloster Eberbach Heppenheimer Centgericht Riesling Eiswein is a high end dessert wine that can cost nearly $250 per bottle. This Icewine is extremely thick, sweet, and luscious and makes a fantastic gift. 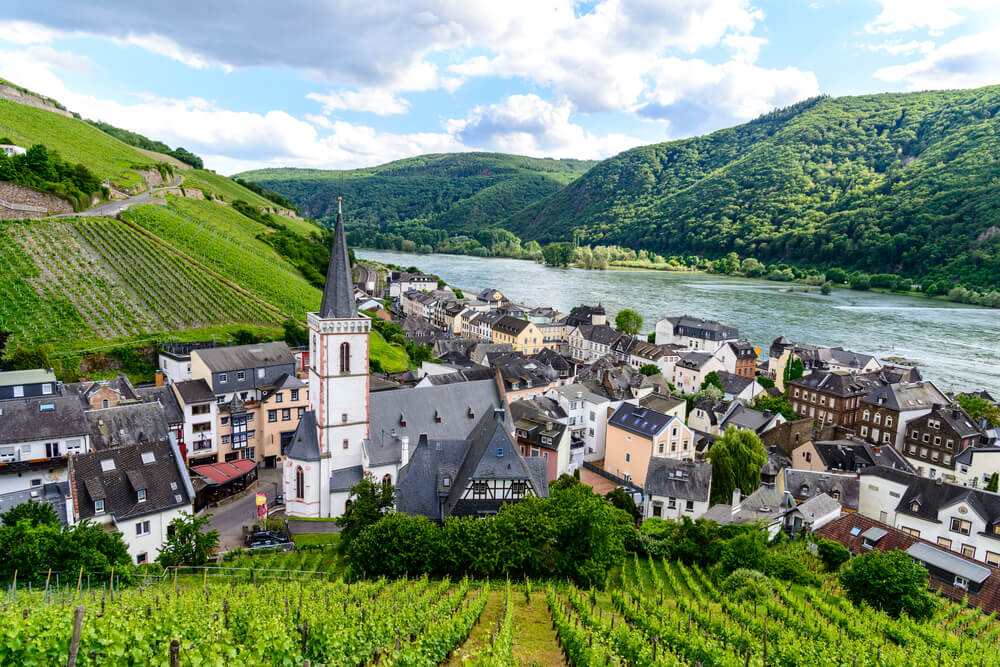 Mittelrhein is a small German wine region that is losing an increasing number of vineyards to urban development every year. In the last 70 years, about half of all vineyards in Mittelrhein have disappeared.

Riesling is the primary wine produced here, accounting for nearly seventy percent of all of Mittelrhein’s wine production. Today the area is known for reasonably priced wines that offer consistency and balance.

Weingut Toni Jost Hahnenhof Bacharacher Hahn Riesling Grosses Gewachs is a clean and crisp white wine that can usually be found for under $25 a bottle. It offers incredible balance and there are tasting notes of tropical fruit on the palate.

The Mosel region is considered by most to be the best and most important wine-producing region in all of Germany.

The Riesling grape dominates wine production here, and the area produces the third most wine by volume in the country.

Some of the best and most famous wines in all of Germany are produced in the Mosel region, and certain bottles can cost up to two thousand dollars. This is the first region most wine enthusiasts think of when asked about German Riesling.

Joh. Jos. Prum Wehlener Sonnenuhr Riesling Auslese is a classic example of a high quality Riesling from the Mosel region.

At under $70 a bottle, it is an incredible value as it stands up well with bottles more than double the price from the same area. 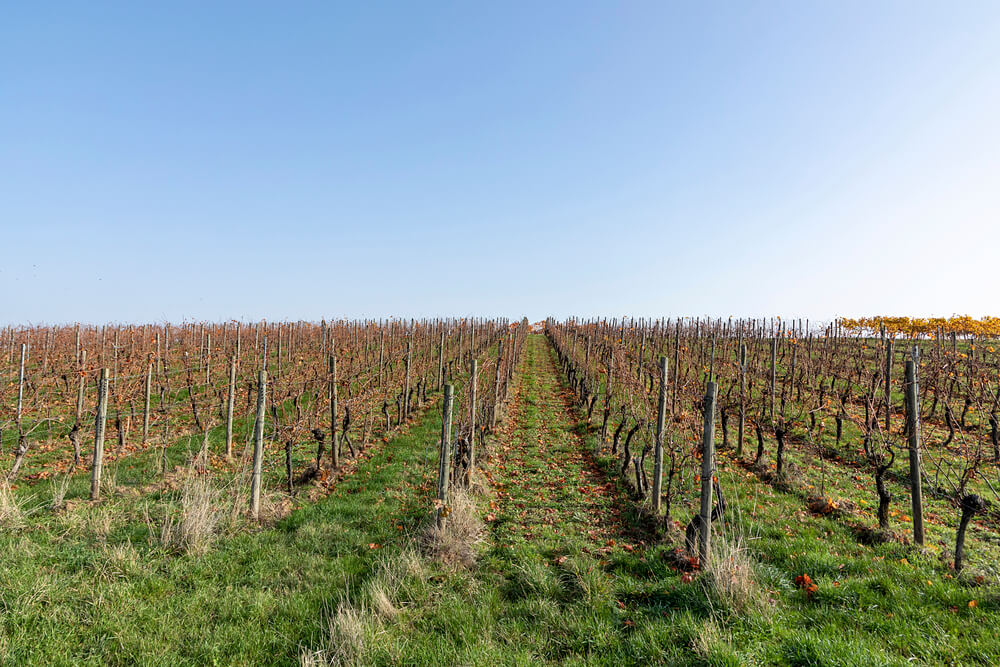 The Nahe region is home to some of the most sought-after bottles of Riesling in all of Germany.

While many other white wine grapes are grown in the region, Riesling dominates the wine exportation market in Nahe, despite making up only a modest amount of the area’s plantings.

Weingut Donnhoff Niederhauser Hermannshohle Riesling Grosses Gewachs is the most popular and most recognisable bottle of wine from the Nahe region.

It has received numerous high marks from wine critics and has been awarded at international wine competitions. 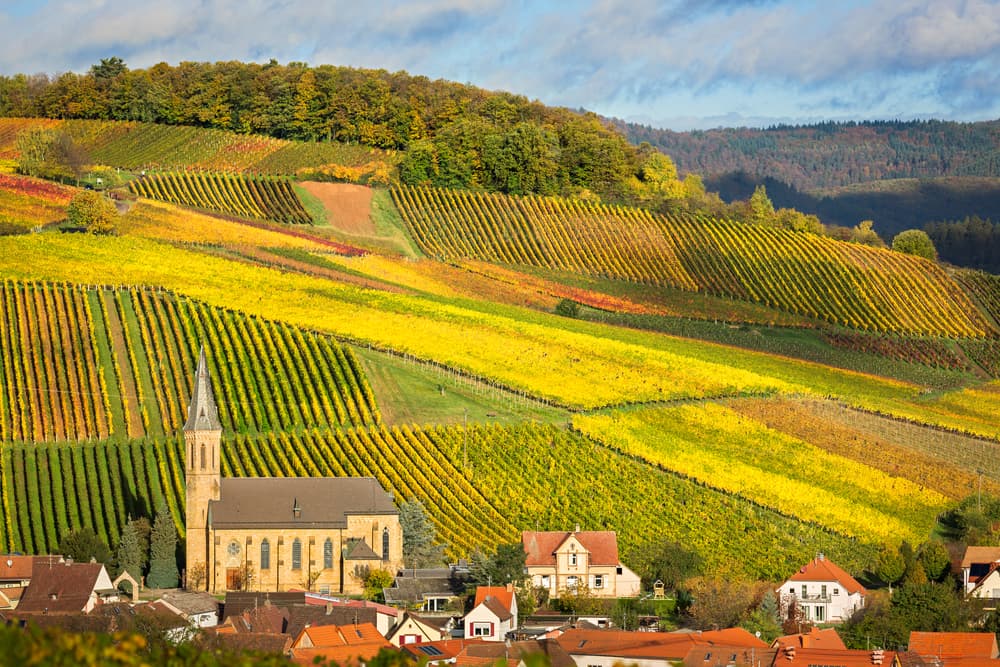 Pfalz is one of the most important wine-producing regions in all of Germany and is world renowned for top-shelf representations of both Riesling and Spätburgunder (Pinot Noir).

It is located directly across the border from the famous French wine region Alsace.

The wines produced in Pfalz are not unlike those from Alsace, as the climate and geography of both the regions are quite similar.

The most famous red and white wines from Pfalz are dry, with a crisp finish and a balance of taste that sommeliers refer to as ‘linear’.

Dr. Burklin-Wolf Forster Kirchenstuck G.C. Riesling Trocken is one of the most sought-after and expensive bottles of wine from the Pfalz region.

At nearly $200 per bottle, this dry Riesling showcases the best of the area’s terroir and winemaking techniques. 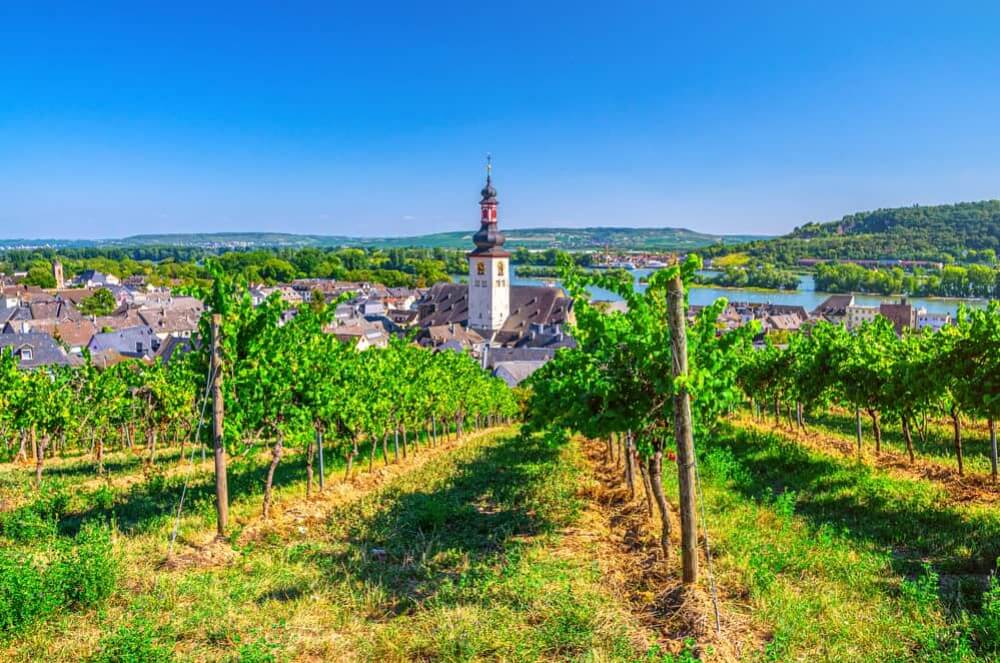 While the Rheingau region only accounts for about three percent of all vineyards in Germany, it is one of the country’s most important and internationally recognizable wine regions.

Riesling dominates the area, and the area is known for producing very high-quality wine.

These late harvest grapes with what is referred to as “noble rot” produce some of the best dessert wines in the entire world.

Weingut Robert Weil Kiedricher Grafenberg Riesling Trockenbeerenauslese is an extremely high-end bottle of dessert wine that is regarded by many to be one of the best in the entire world.

Certain vintages can cost around $700, and they sell quickly at any price point. 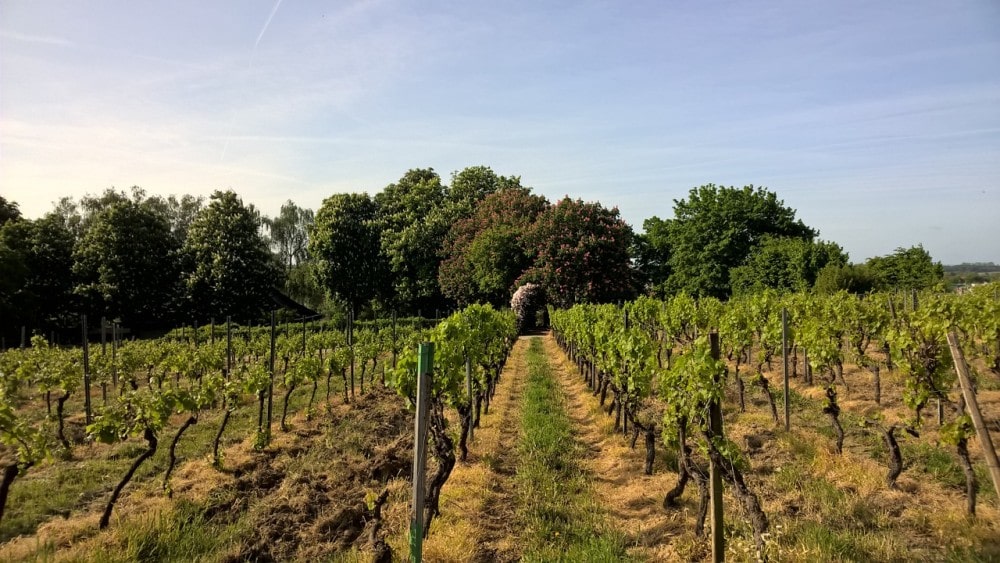 The Rheinhessen wine region is located directly south of Rheingau, and is the largest producer of high quality wine in all of Germany.

Wine grapes have been cultivated in the region since at least Roman times, and it is known worldwide.

Riesling is the most important grape in the area, though this large region is also home to many other wine grapes.

Weingut Keller G-Max Riesling Trocken is considered by many sommeliers to be the best representation of the Riesling grape in the entire world. 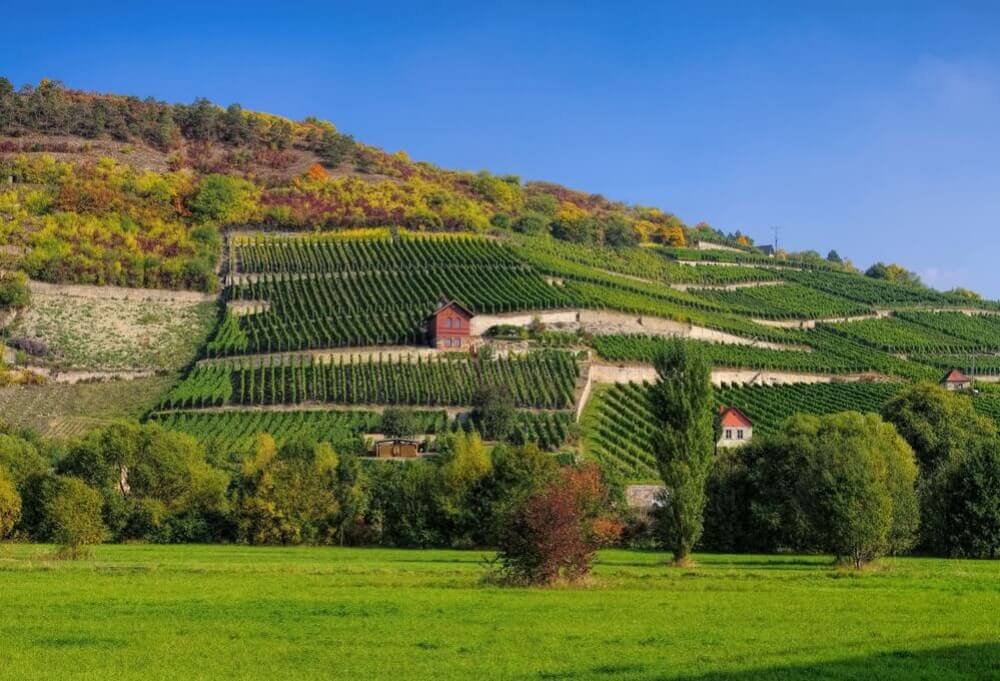 The Saale Unstrut region is one of the northernmost wine-producing areas in the entire world.

This is one of the few regions in Germany where Riesling is not the most important wine grape, and everything from Müller-Thurgau to Pinot Blanc thrives in these cold conditions.

One of the most interesting bottles of wine from the region is Konni & Evi Blauer Silvaner. 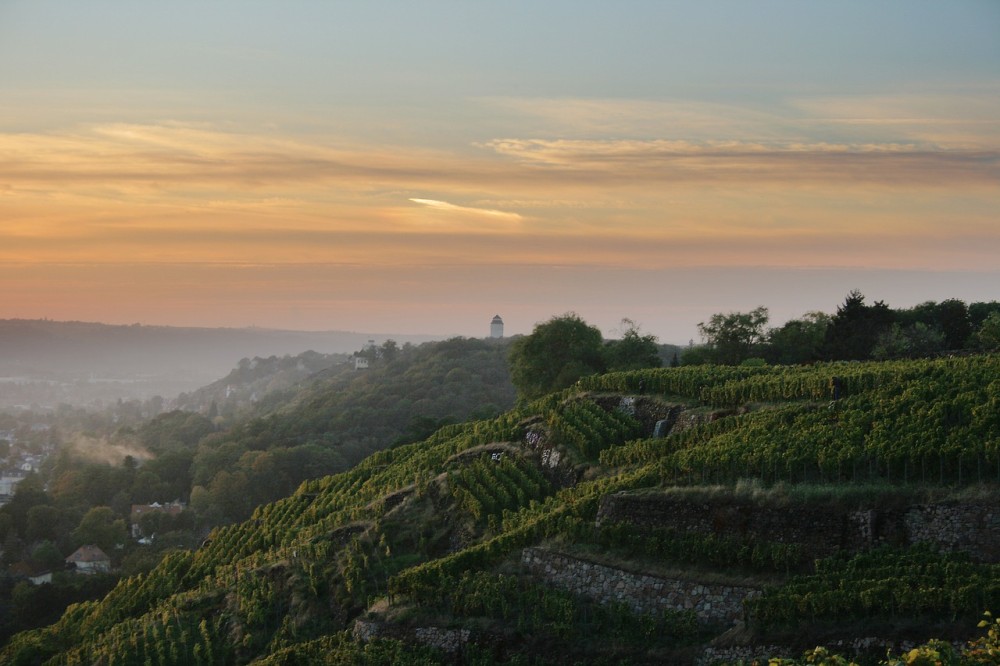 Sachsen is one of the few wine regions in Germany located on the eastern side of the country and is located just as far north as Saale Unstrut.

It is a relatively small region with a long history of wine production, though today it is not very well known internationally.

Wine grapes in the region are extremely diverse, though they can be hard to find outside of Germany.

One of the more recognisable bottles of wine from Sachsen is Schloss Proschwitz Spatburgunder Grosses Gewachs, a clean and crisp Pinot Noir. 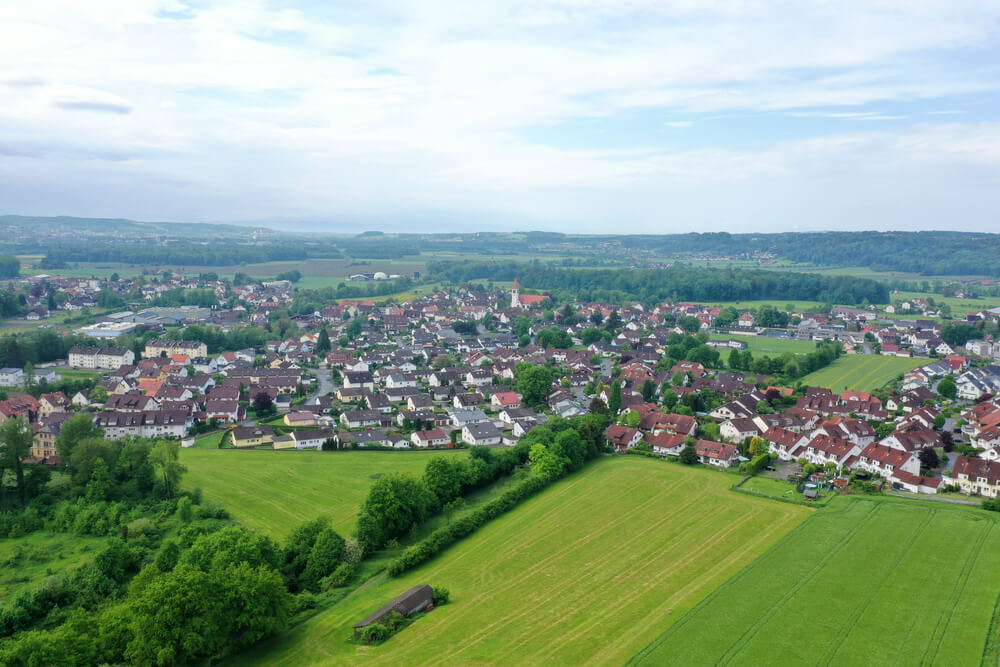 Württemberg is the most famous and important red wine-producing region in all of Germany.

The red wines here are usually single varietal representations of either Trollinger, Schwarzriesling or Lemberger grapes.

Nearly three-quarters of all wine from Württemberg is red, with Riesling accounting for most of the white wine production.

Weingut Aldinger Hanweiler Berg Lemberger Trocken is a famous dry representation of the Lemberger grape that Württemberg excels at producing.

Understanding the 13 major wine regions of Germany is the best way to start exploring some of the best wines that the country has to offer.

While it may be more difficult to find bottles of wine from some German regions than others, it is encouraged to try wine from as many as possible to develop a palate for German wine.

Feel free to comment below and let other wine enthusiasts know your favorite wine regions in Germany! 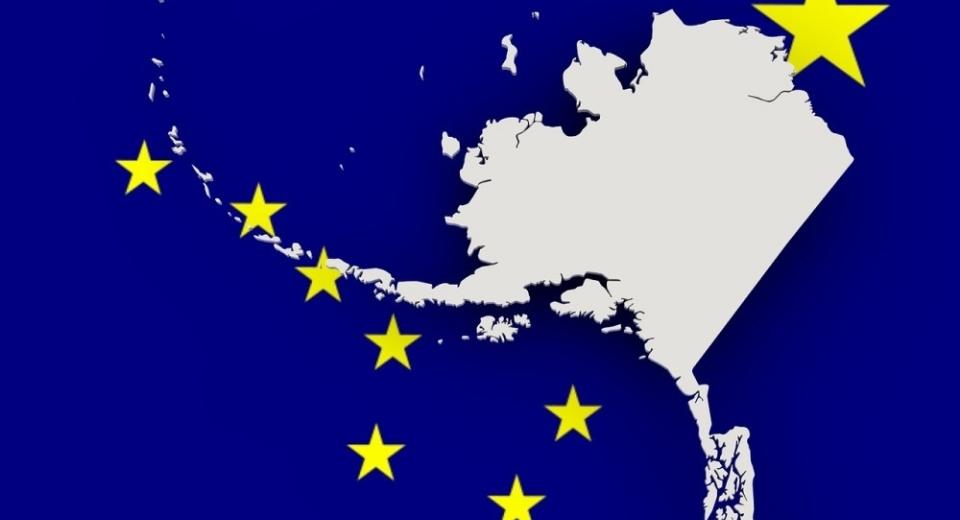 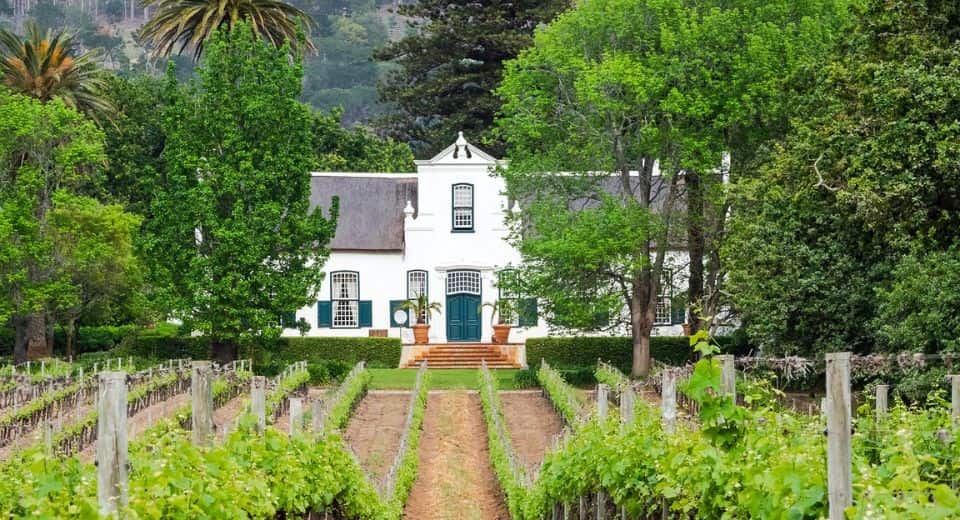 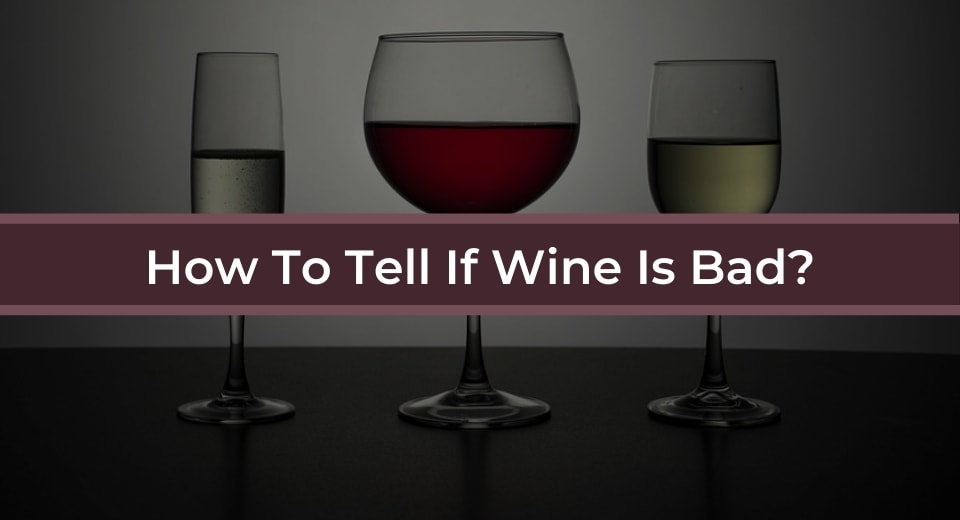 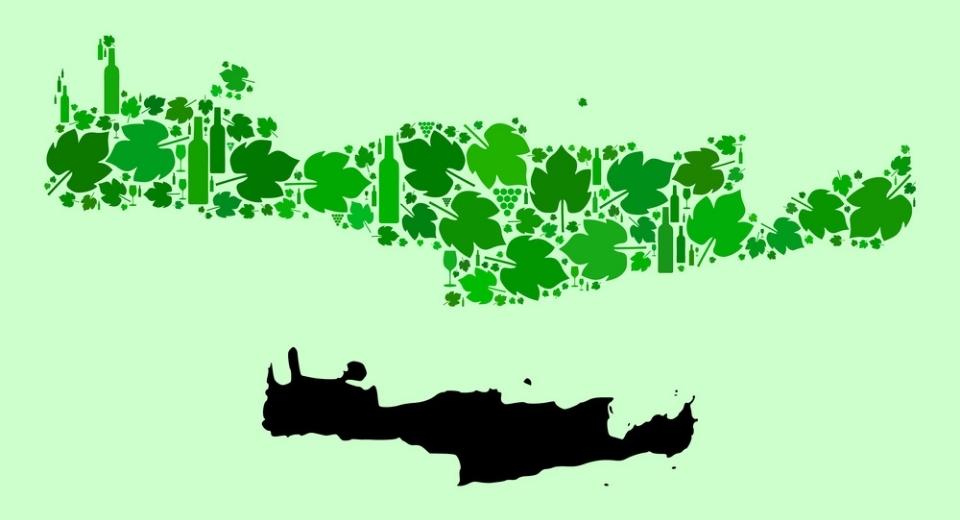 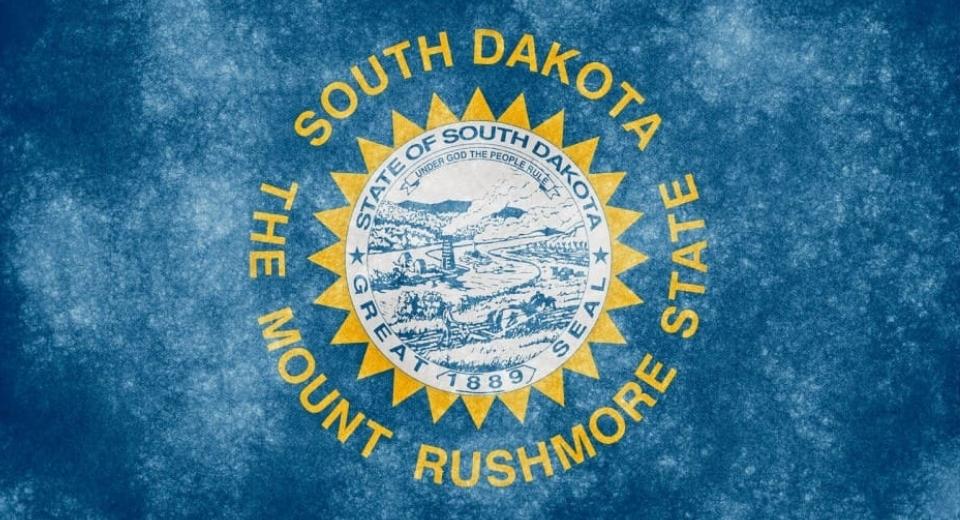 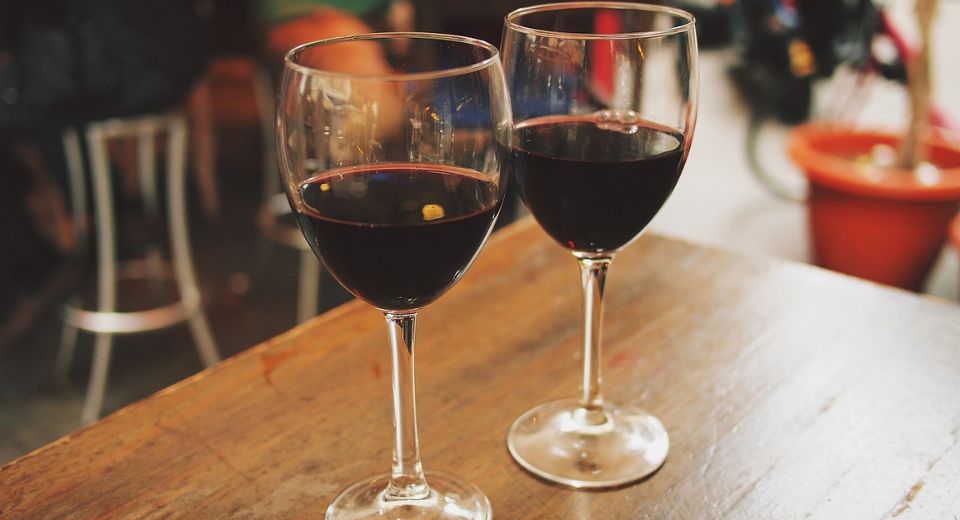