Florence is the capital of the Tuscany region, which many wine enthusiasts view as the most important wine region in all of Italy.

Tuscany is one of the most famous wine regions in the entire world and is tied with Piedmont for the most DOCG designations of any Italian region with 11.

Florence is a major hub for the sale, distribution, and trade of nearly all Tuscan wine, and the region’s Super Tuscan blend helped re-shape the modern wine world in the 1970s.

Undeniably, the wines of Florence play an important role in defining Italian wine, to help you better understand this region we have provided a guide. 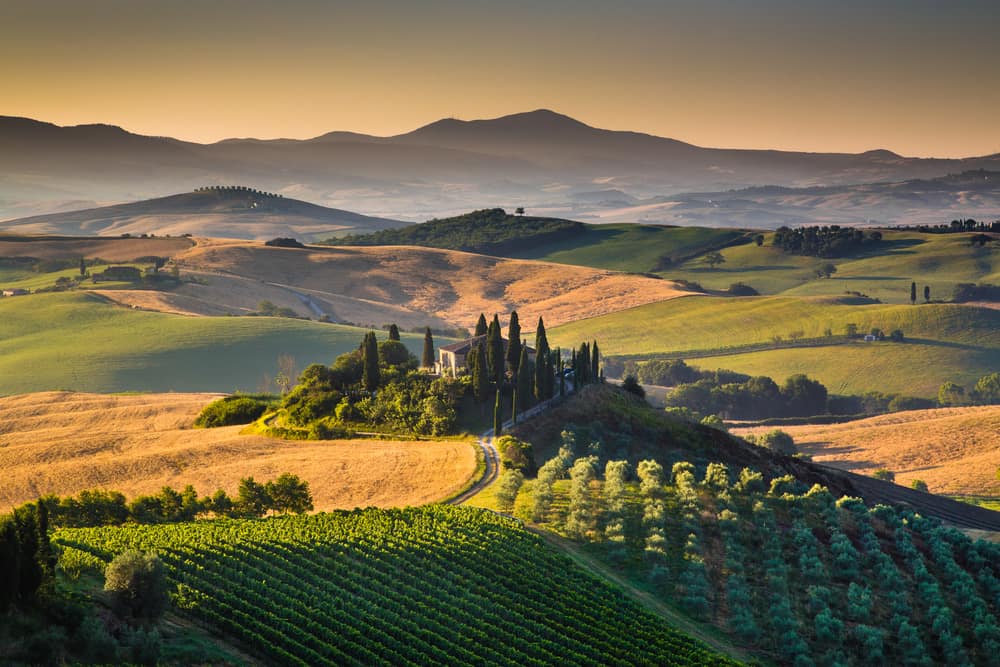 Tuscany is considered by many to be one of the most important wine regions in the entire world, and it is certainly one of Italy’s prominent wine regions. The city of Florence is the capital of Tuscany and has been a cultural hub for art, food, and wine for many centuries.

Wines from nearly every major producer in the Tuscany region are available for purchase throughout the city of Florence at wine shops as well as restaurants. Many tourists have noted that many of the simple “house wines” served at restaurants are of very high quality.

Some of the most popular attractions for wine enthusiasts visiting Florence are the wine tasting tours of Chianti, which is located close enough to the city for tourists to enjoy half-day tasting trips and be back in Florence for dinner.

Le Volpi e l’Uva is one of the most popular and highly reviewed wine bars in all of Florence. They offer an eclectic selection of local wines and cheeses and are a favorite among tourists and locals alike.

The staff is extremely knowledgeable when it comes to wine education, and works with customers to ensure the ideal food and wine pairing is chosen. While other large-scale wine bars lack a personal touch, this cozy spot offers limited seating for a more intimate environment.

Signorvino Firenze is an extremely popular wine bar located in the heart of Florence that is renowned throughout Italy for its top-tier food selections as well as a carefully crafted wine menu that keeps wine enthusiasts coming back for more.

The interior is beautifully decorated with a light aesthetic, and the staff works tirelessly to ensure top-tier service, food, and wine. This is one of the best date spots in all of Florence, and one of the best places for wine tasting in the entire city.

Enoteca Pitti Gola e Cantina is considered by many locals to be one of the best-kept secrets in all of Florence, though it is rising in popularity year after year with rave reviews and happy customers spreading the word about this top-tier wine bar.

The wine list at Enoteca Pitti Gola e Cantina is one of the best in the entire city, and a large variety of Tuscan wines are included on the menu as well as wines from other famous Italian regions, and worldly selections.

One of the most popular options for wine enthusiasts in a hurry is the “Tuscany in One Day Sightseeing Tour” offered by Walkabout Florence Tours.

The tour begins and ends in Florence, and gives visitors the chance to taste wine as well as eat lunch in the historic Chianti region. 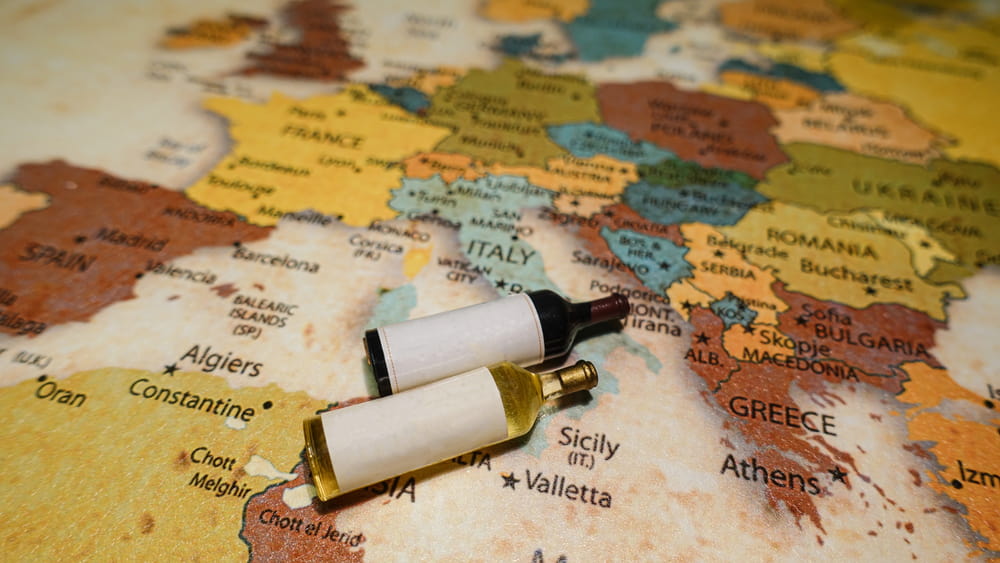 There are over 40 DOC designations all over Tuscany, as well as six IGPs that are less strenuous in terms of regulations and rules.

The 11 DOCGs of Tuscany are home to some of the highest quality wines in all of Italy, and three regions are considered to be the most important.

The Chianti wine region is one of the most famous in all of Italy and is best known for its large-scale production of Sangiovese, which is the most widely planted wine grape in all of Italy. The reach of this region is widespread, and bottles of Chianti are available all around the world.

The Chianti region is the closest wine region to the city of Florence, and many associate the city and wine region closely with one another. Day trips and winery tours in Chianti are a very popular attraction for Florence-based tour companies.

There are eight different sub-designations within the larger wine region of Chianti, and some are much more well-known than others. One of the most famous and important subregions of Chianti is Chianti Classico DOCG, which is regarded by many as the best in the region.

Wines carrying the Chianti Classico DOCG designation must use a blend containing at least 80 percent of the Sangiovese grape, while the less stringent Chianti DOCG blend only requires a 70 percent minimum concentration of Sangiovese.

While the Brunello di Montalcino region is significantly smaller in size than its Tuscan neighbor of Chianti, the wines produced there are just as highly regarded as some of the finest bottles of Chianti Classico.

These wines are produced on the slopes of Montalcino, and the grape used is a genetic variation of Sangiovese named Sangiovese Grosso.

The Sangiovese Grosso grape has become so synonymous with the region that many wine enthusiasts simply refer to it as “Brunello.”

These are some of the most sought-after wines in the entire world, and some of the most high-quality bottles sell for over $1,000 regularly both at auctions and in upscale restaurants. These wines are strictly single varietal, with no blending of other grapes permitted in the region.

Brunello di Montalcino wines take extremely well to aging, and the wine changes significantly in the bottle over time while aging. Young Brunello is darker in color, with tart flavors of red fruit. Aged Brunello softens in terms of color, and the fruit flavors become deeper and more complex.

Casanova di Neri Tenuta Nuova is an extremely famous and highly regarded representation of the classic Brunello di Montalcino winemaking style. It has been listed on the “Top 100” list by Wine Spectator for four separate years, and regularly receives high marks from wine critics.

While the powerhouse wine regions of Chianti and Brunello di Montalcino have a long-established history in the wine world, Bolgheri is fairly new on the wine scene by comparison. The Super Tuscan blend put the region on the map in the 1970s, and it has expanded rapidly.

One of the most important moments in the advent of the Bolgheri region’s prominence was a blind tasting arranged by Decanter magazine in the year 1978.

The Sassicaia blend by Tenuta San Guido beat out a number of the world’s most prominent winemakers in Bordeaux, France.

Sassicaia rose to fame after the fateful tasting of 1978, and today Super Tuscan blends can be found on wine menus from Europe to North America. The blend is made up of Cabernet Franc and Cabernet Sauvignon, French grape varietals not traditionally grown in Italy.

Tenuta San Guido Sassicaia Bolgheri is without a doubt one of the most famous bottles of wine in the entire world, and today metrics show that it is in the top 10 of “most searched for” wines across multiple different online wine marketplaces and resources. 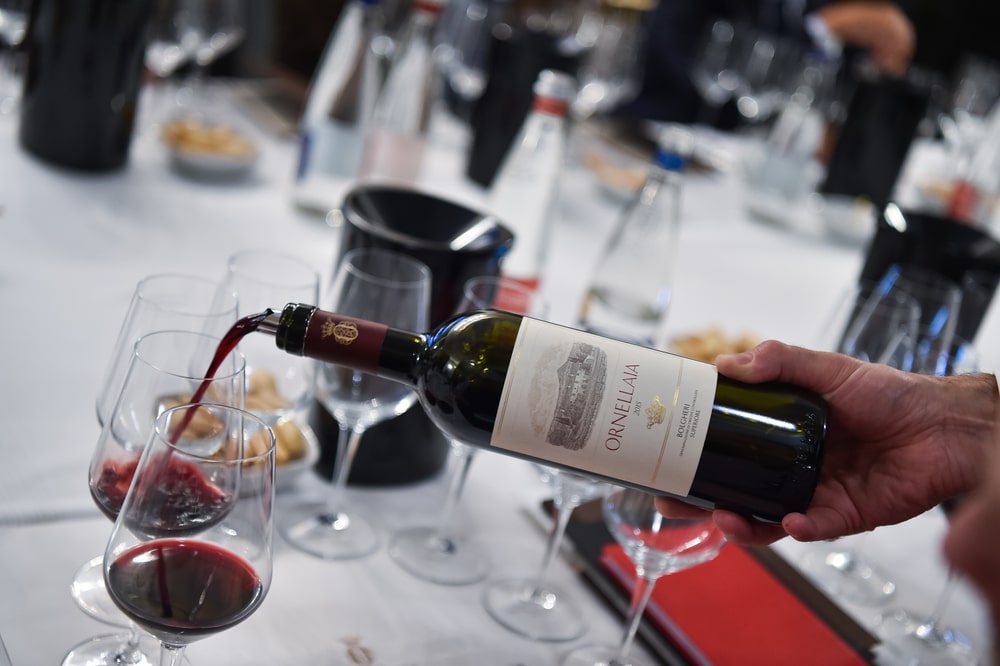 While Sassicaia led the way in terms of introducing the wine world to the Super Tuscan blend, there are a number of different labels that are well known today for producing Super Tuscans of high quality, balance, and complexity.

The blending of the very popular Cabernet Sauvignon grape and the less known Cabernet Franc grape combine to achieve a complex and serious wine that takes well to aging and delivers both bold flavors and complexity in what some argue is Italy’s best “steakhouse wine.”

Ornellaia Bolgheri Superiore is the second most important Super Tuscan in the world, and there is much debate amongst critics and in wine circles as to which Super Tuscan is of higher quality. Both Ornellaia and Sassicaia are found on the wine menus of the best Italian restaurants.

The Ornellaia estate also produces a “second wine” called Ornellaia ‘Le Serre Nuove dell’Ornellaia’ Bolgheri Rosso, allowing those with less extravagant budgets to enjoy the quintessential Super Tuscan blend that has become so famous over the past few decades.

Florence is considered by many to be the “wine capital” of Italy, as it is the capital city of Tuscany – one of the world’s most important wine regions.

There are a variety of options when it comes to wine tasting in the city, and the regions surrounding Florence are full of fantastic wines and beautiful scenery. There are a handful of local wine grapes that the area is famous for, along with the popular Super Tuscan blend. 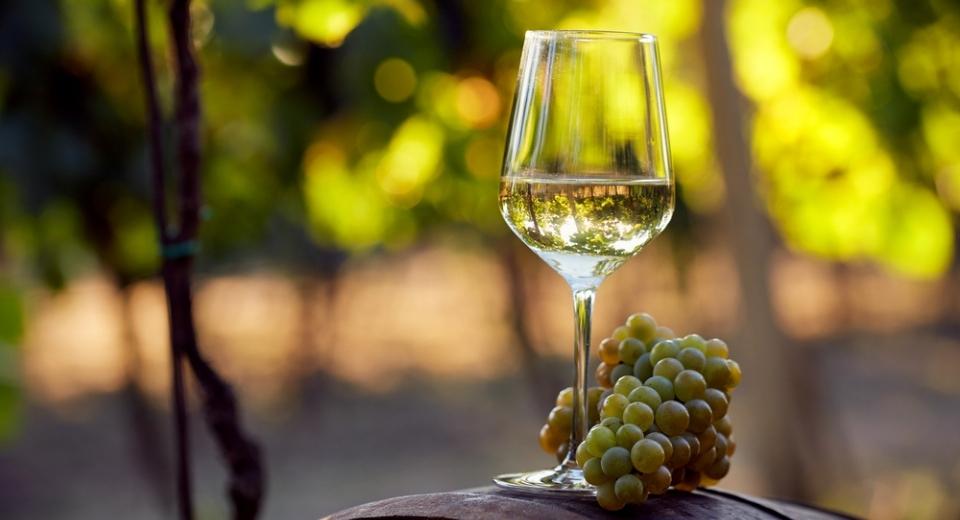 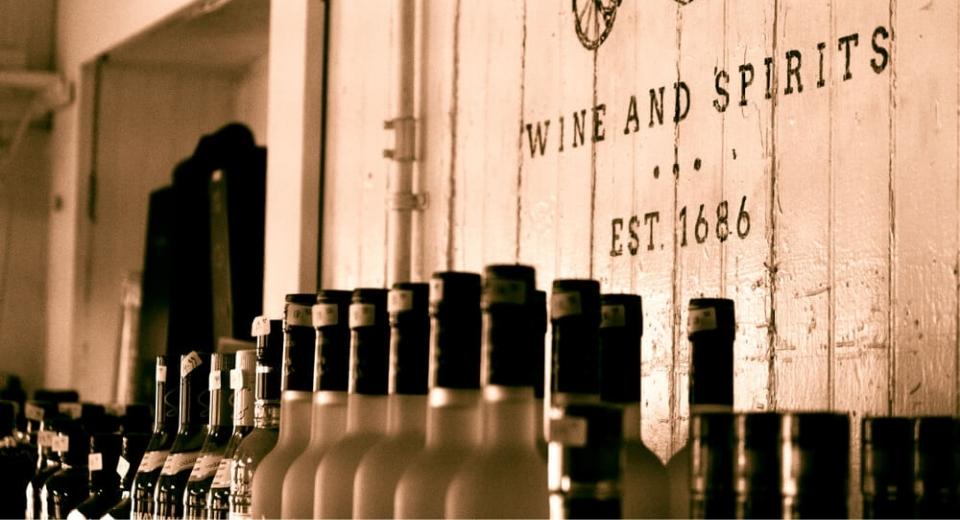 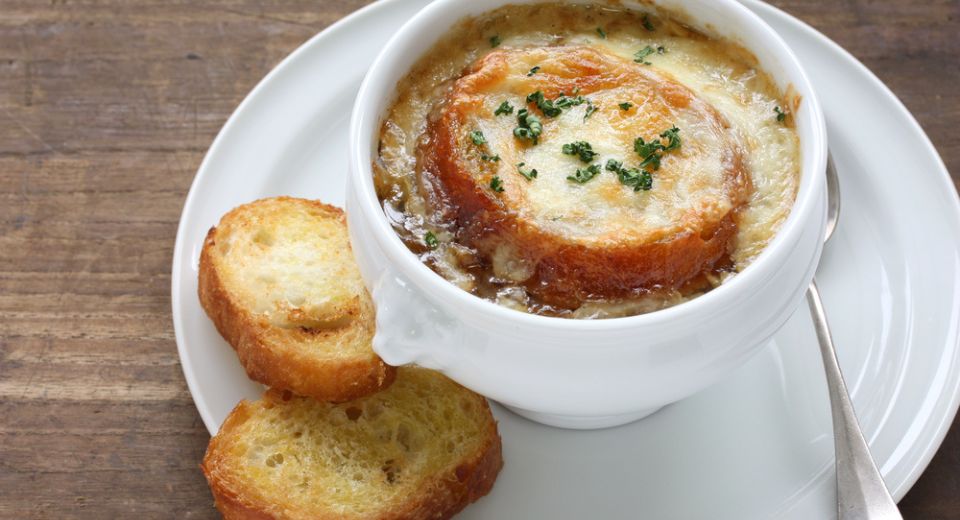 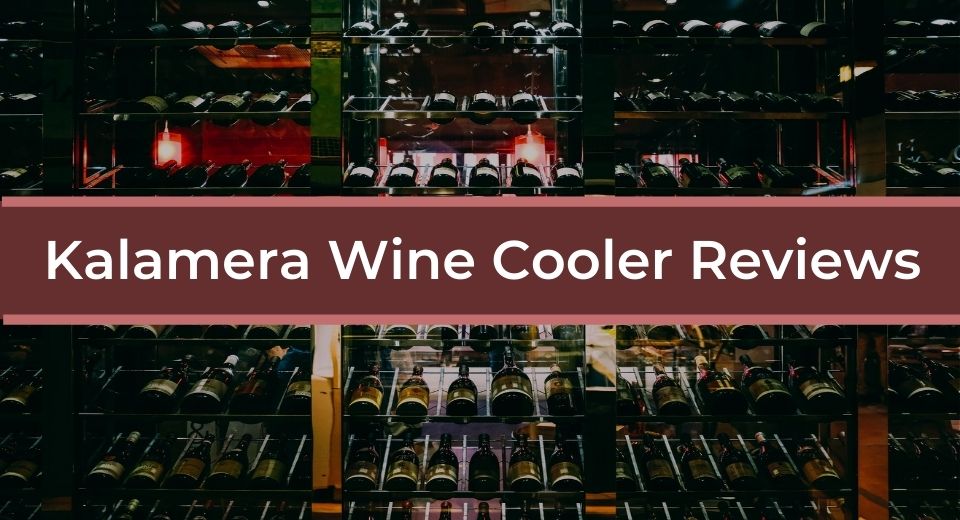 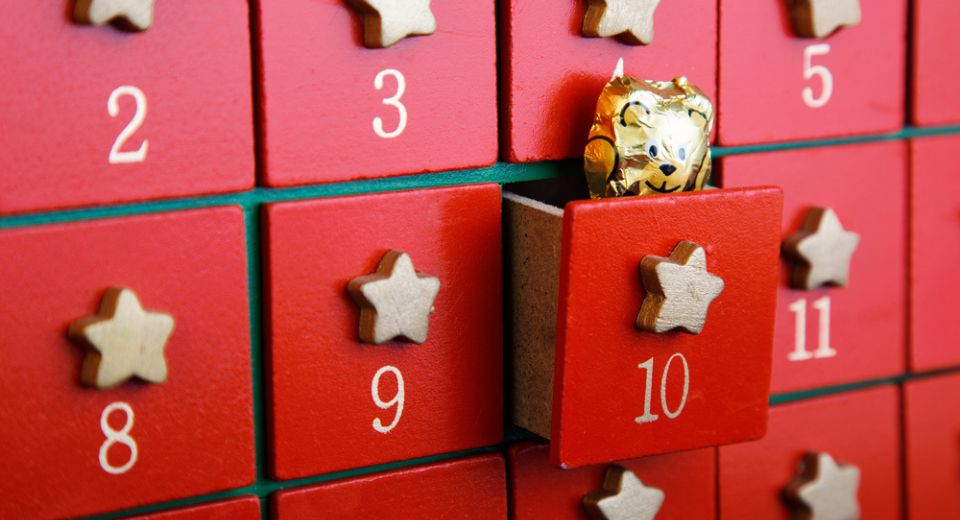 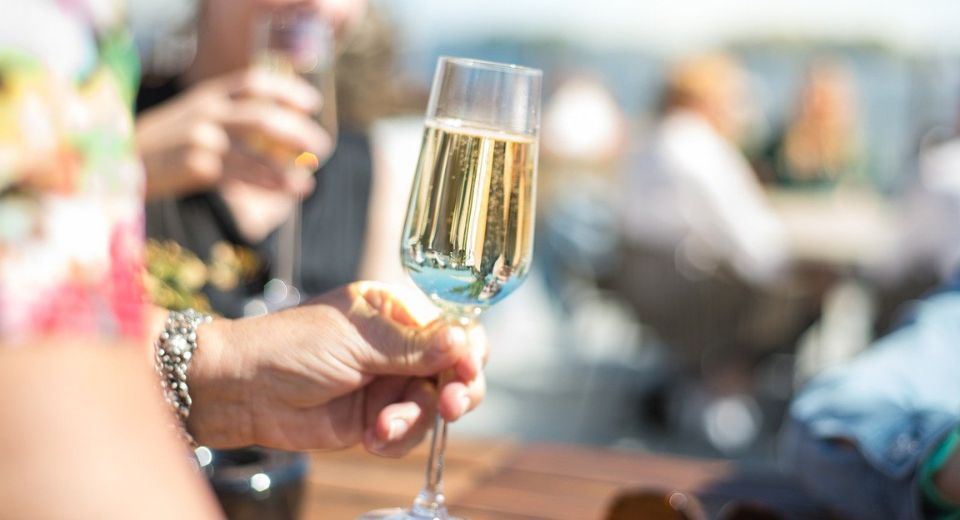