When it comes to Nespresso machines, there is much confusion around the difference between the Breville and Delonghi models.

While it may seem a bit unconventional, Nespresso does not physically manufacture any of its own coffee machines. Instead, they contract out the production of their machines to companies like Breville and Delonghi, among others.

While there are other companies on the market that produce Nespresso home espresso machines, Breville and Delonghi are by far the largest producers.

In this article, we will take a look at the subtle differences between Nespresso Breville vs Delonghi, as well as highlight special machines that are only available from one manufacturer or the other.

Things To Consider Before Buying a Nespresso Machine 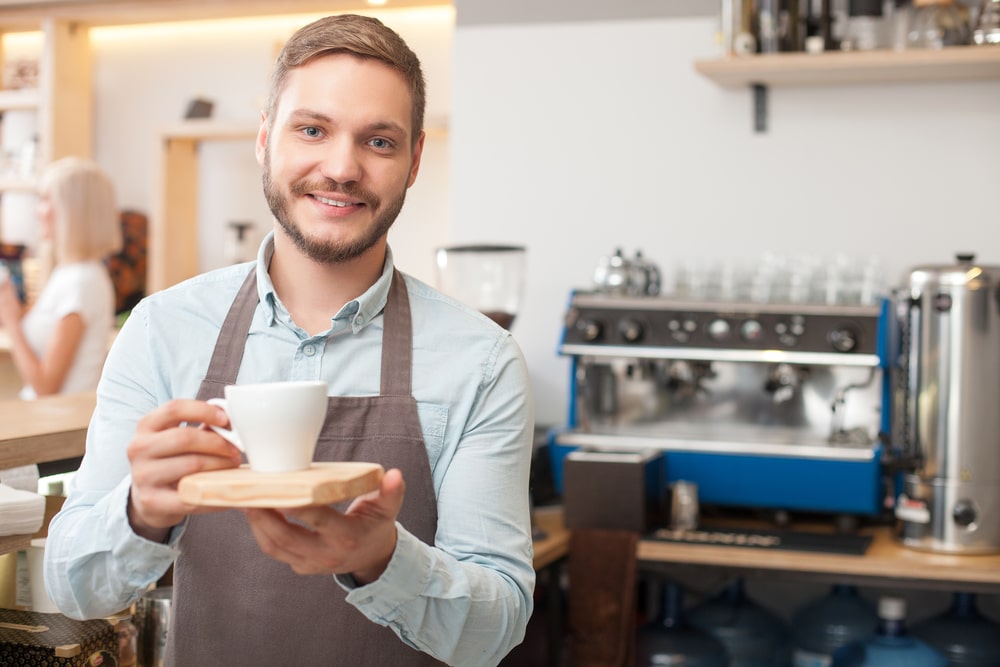 When shopping for a new espresso machine, there are many different factors that need to be considered to ensure you end up with the best product for your needs. This includes weighing some of the most important factors, including budget, size, and machine design. 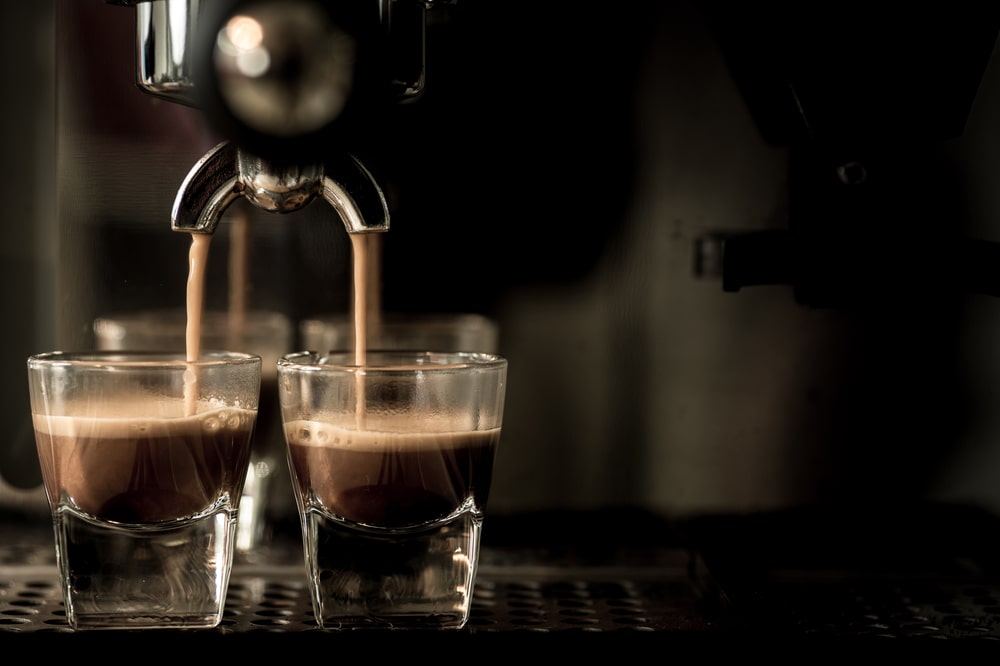 While both Breville and Delhongi produce high-quality and durable models of Nespresso machines, there are subtle differences between each of them that we will take a closer look at.

Both of these companies produce the same “models” of Nespresso machines, but there are small differences between them.

Breville produces a full line of different Nespresso machines that are designed to suit the needs of a wide variety of espresso enthusiasts. In general, the Breville models feature a design that is a bit more “rounded” with smooth edges and a dome-like top section.

These machines are best for those who prefer smooth lines as opposed to the “boxer” designs often featured in Delonghi versions of these machines. There are many different models when it comes to Breville machines, and many of them are great for those on a budget.

Breville offers a wide variety of different machines for under $200, and there are different styles of machines at this price point that are designed to handle either original espresso pods or the newer Vertuo pods.

The Nespresso Vertuo and Vertuo plus are two of the most popular Nespresso machines produced by Breville, and both of them utilize the newer Vertuo pods. These coffee pods rotate hundreds of times during brewing, ensuring that all of the espresso beans become soaked.

Both of these entry-level Vertuo machines are sleek and slim, making them great fits for those with smaller kitchens or limited counter space. The Vertuo Plus features a removable water tank, making it easy to refill and keep clean between uses.

The Nespresso Pixie by Breville is one of the best and most popular entry-level machines that are compatible with the original Nespresso pods. Its water tank is located directly behind the machine, making it easy to fit into tighter spaces like cabinets.

When it comes to higher-end Breville Nespresso machines, Breville has its own proprietary design of a machine that is completely unique to them called the Creatista. There is no Delonghi equivalent to the Breville Creatista, and Breville produces three different Creatista models.

In general terms, Delonghi Nespresso machines can be described “boxier” and more square-shaped compared to their Breville counterparts. Both Delonghi and Breville produce high-quality and durable Nespresso machines, and the primary difference between them is style and aesthetics.

Delonghi also produces its own version of the Vertuo and Vertuo Plus, and these machines feature the clean lines and sharp corners that are typical of Delonghi machines. There is also a Delonghi version of the Pixie machine, though it costs a bit more than the Breville version.

The higher-end Lattissima models produced by Delonghi are where the company shines in the eyes of many Nespresso enthusiasts, and there are no Breville counterparts to these Lattissima models. These machines are capable of producing complicated latte-style drinks and feature high-tech integrated milk frothers. 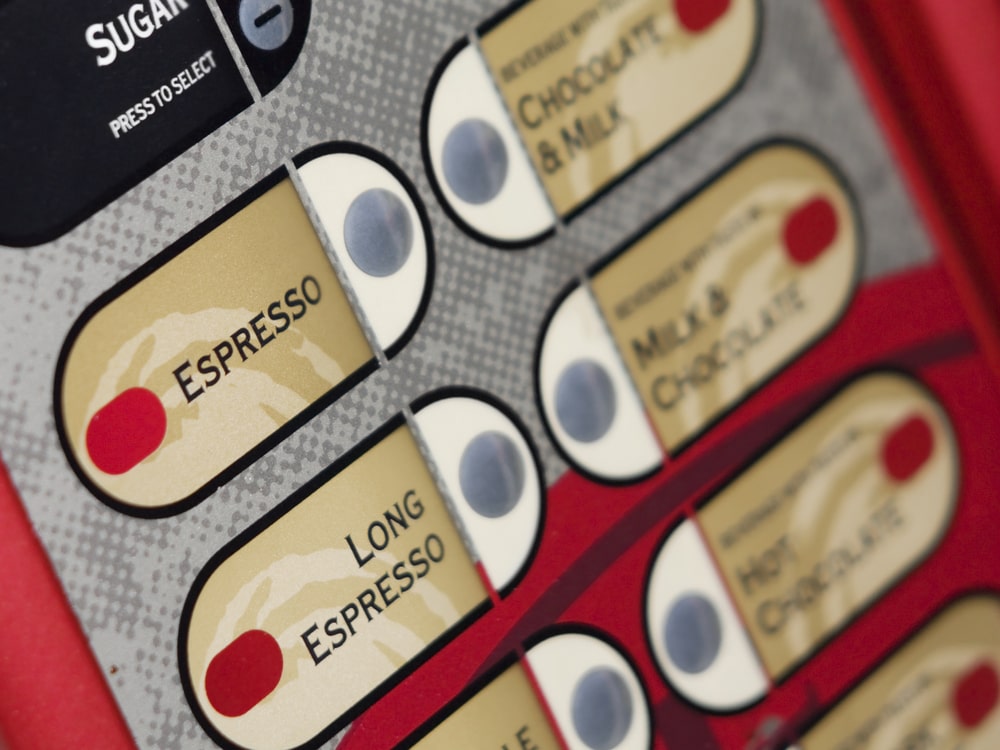 The Breville Creatista and the Delonghi Lattissima are both high-end machines that are only available from their respective manufacturers.

These high-tech machines feature some of the best and most high-end features on Nespresso machines, and they are available in a variety of different models. The Breville Creatista is a high-end Nespresso machine that is capable of automatically constructing eight different pre-programmed espresso-based drinks. This makes it easy to enjoy everything from a macchiato to a latte at the push of a button in the comfort of your own kitchen.

It is Breville’s take on a high-end machine with all the bells and whistles of much more expensive models, and many espresso enthusiasts feel that they have hit the mark in terms of design. It features a shiny metallic finish and is designed in the style of a traditional Italian espresso machine.

With the pre-programmed drink options and the high-quality steamer wand, many espresso lovers feel like this machine has reached the perfect balance between simplicity and function. It is also considered by many to make the highest quality espresso drinks possible while using a pod-based system. The Delonghi Lattissima is considered by many to be one of the most well-designed espresso machines on the market. Its most striking and prominent feature is the front-facing milk frother, which has a wand that pours frothed milk directly into your espresso cup.

The design of the Delonghi Lattissima machines is a favorite among many latte and cappuccino enthusiasts, as it allows customers to build complex espresso-based drinks at the push of a button. These layered drinks come out beautifully, making it an overall pleasant experience to operate each morning.

Alternatives to Breville and Delonghi

While Breville and Delonghi are two of the top manufacturers of Nespresso machines on the market, they are far from the only options available.

While some other machines are not officially licensed by the Nespresso company, many are capable of making high-quality espresso at home each morning using the original Nespresso pods. The Instant Pod 3 in 1 Machine is an all-black, stylishly designed home espresso maker that is manufactured by the Instant Pot company. It is compatible with Nespresso pods, as well as K cups allowing for maximum versatility.

Fresh espresso grounds can also be used with this unique and versatile home espresso machine, along with traditional coffee grounds. The ability to make both espresso and traditionally brewed coffee make this machine a crowd-pleaser in many homes nationwide. ChefWave is a smaller producer of espresso machines that strives to offer the functionality of more well-known brands at a lower price point. This simple home espresso machine features a high-quality 20-bar pressure pump and is able to pour two different sizes of espresso.

While this machine is not produced under the Nespresso label, it is capable of using Nespresso pods, and it comes with a sleek pod holder capable of storing 40 original Nespresso pods at once. It also includes two double-walled espresso cups, making this one of the best values on the market. The Lavazza Blue is a pod-based home espresso machine that is produced by one of the most high-end and well-recognized espresso companies on the market. Lavazza is a recognizable and trusted espresso brand that has developed its own system of single-serve espresso pods.

While this machine is not capable of making espresso using Nespresso pods, the company has designed its own espresso pods filled with high-end ground espresso. Many people prefer the taste of these Lavazza pods, though they can be more difficult to find compared to Nespresso pods.

While Nespresso is one of the most trusted and recognizable names in the pod-based espresso industry, it is a little-known fact that they do not manufacture their own machines.

Breville and Delonghi are the two top manufacturers of Nespresso machines in the world, and they both do an equally good job in terms of quality and durability.

The only differences between the majority of Breville and Delonghi machines are style and aesthetics, with the exception of the Breville Creatista and the Delonghi Lattissima models. 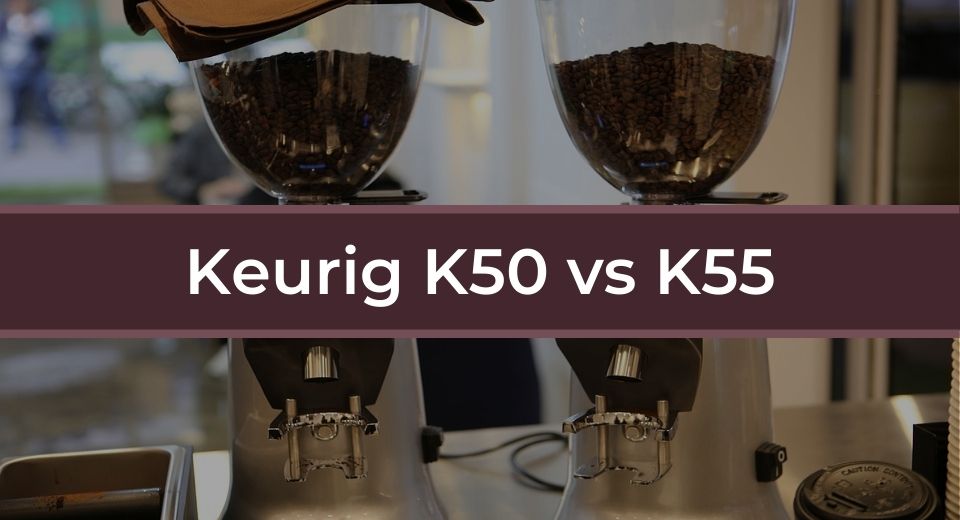 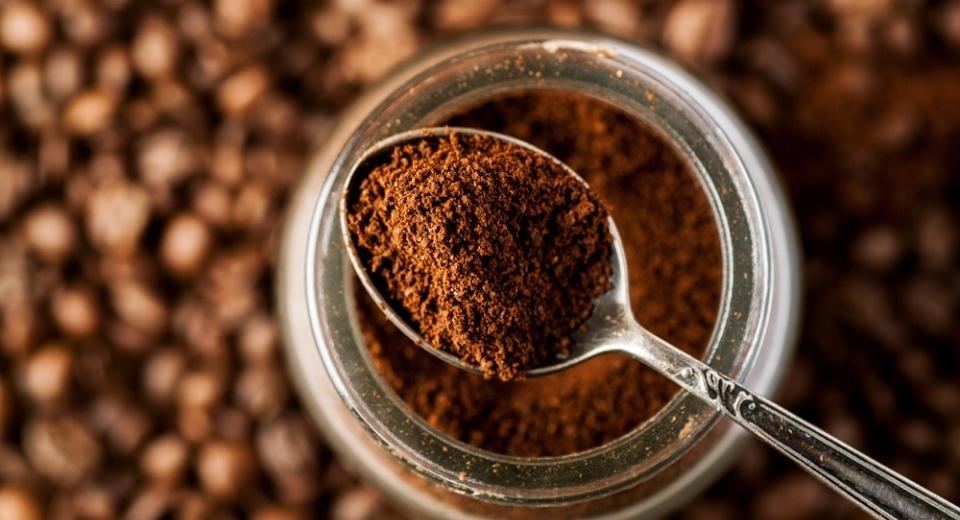 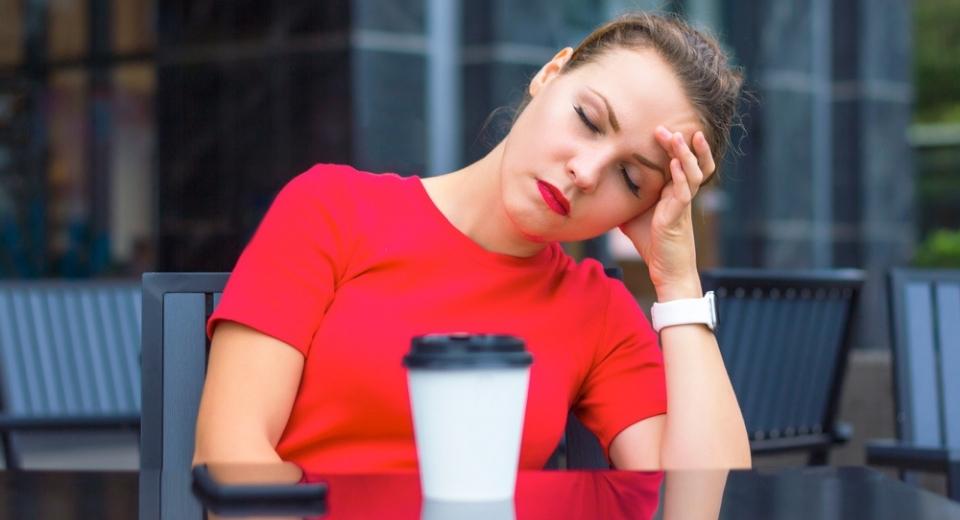 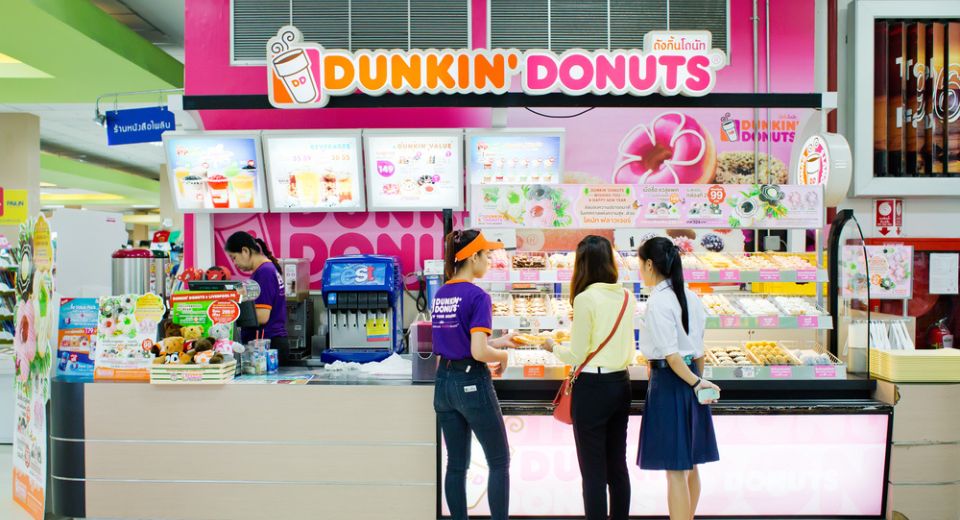 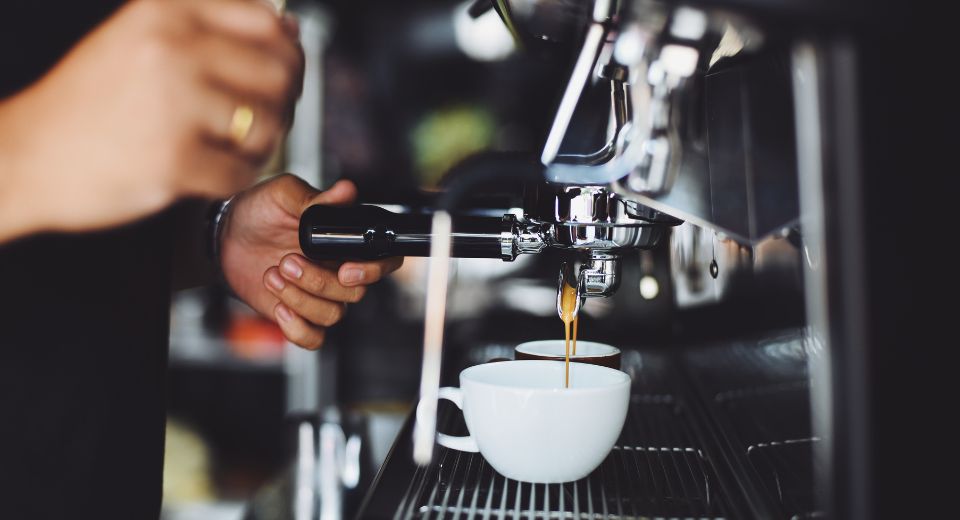 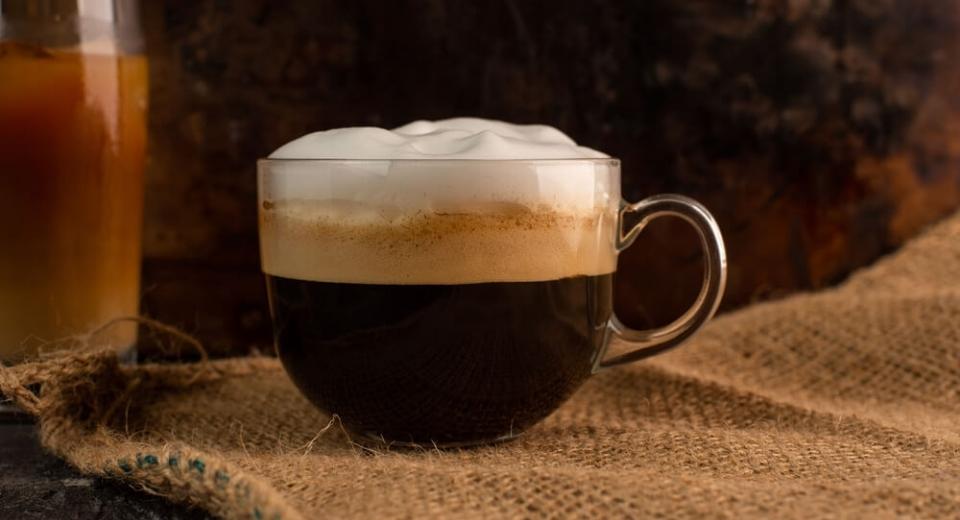