You may have stumbled upon chicory coffee while researching coffee substitutes. Chicory is a perennial plant that has been around for ages. It has many different uses and is often used as a coffee replacement or additive.

If you’re interested in trying chicory coffee, we’re here to help you learn more about this neat plant and its attributes. We’re also going to share some popular chicory coffee brands you may want to try.

at a glance: Our Top 5 Chicory Coffee Brands

Chicory, or Cichorium intybus, is a perennial plant a part of the dandelion family. It produces blue flowers and has leaves that resemble those of a dandelion. Like a dandelion, it’s considered a weed.

Chicory plants have long, tough stems that can grow as tall as one meter. These plants are generally found along roadsides in most parts of the world.

It is native to Eurasia. Although not native to North America, it is commonly found scattered all across the continent.

What Is Chicory Used For?

Different parts of the chicory plant are used for a myriad of things. Chicory leaves are commonly used for salads and can also be stir-fried. The flower of the plant can also be added into salads.

Chicory can be made into an extract, which may be added to beverages as a flavor enhancer.

Chicory roots have been used as a coffee additive or alternative for over a century. Similar to coffee beans, chicory roots are ground or minced, roasted, and brewed to make a coffee-like drink. 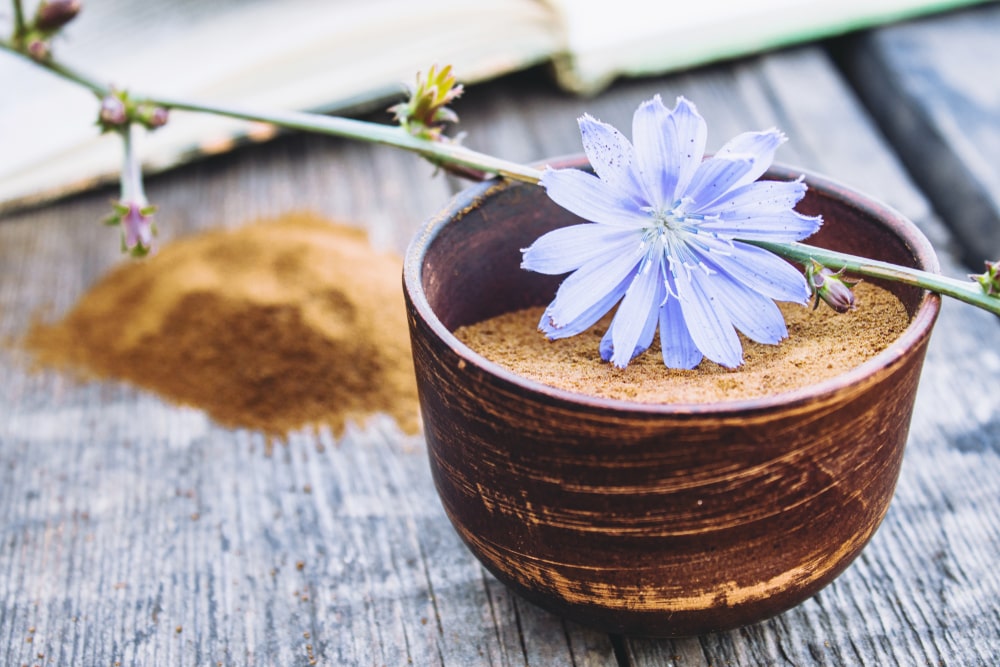 When chicory first appeared is still in question. It is believed that ancient Egyptians used the chicory plant for various medicinal purposes. It became popular in France in the 19th century upon a coffee shortage.

French emperor Napoleon Bonaparte implemented the “Continental Blockade” in 1806 to stop the trade of British goods with France. This caused France to experience a major coffee shortage.

During the shortage, the French began intermixing chicory roots with their coffee to prolong the coffee supply.

The blockade lasted less than a decade, but chicory stuck around as a favored coffee additive.

Fast forward to the American Civil War in the 1860s, the port of New Orleans in Louisiana was blocked off by the Union navy. This caused coffee shortages in the state because New Orleans was a top coffee importer in the mid-19th century.

The coffee shortage in Louisiana led to the popularization of chicory in the state and the rest of the country. Chicory is still used for health benefits and as a coffee alternative today.

Chicory as a Coffee Substitute

There are two main ways you can enjoy chicory coffee. Minced chicory roots may be roasted and brewed by itself to make a mock coffee drink. Ground coffee beans may be mixed with ground and roasted chicory root to be brewed together.

The way you wish to make chicory coffee is completely up to you. Chicory by itself may not be for everyone, as it has a unique woody flavor.

Mixing chicory root in with coffee may help to preserve some of your favorite coffee’s flavor.

Depending on how the chicory root is prepared, it may be brewed through a variety of normal coffee brewing methods. This may include making chicory coffee with a French press, filter coffee maker, or adding hot water.

Chicory coffee brands may have different instructions for how to brew the chicory, or offer suggestions for types of brewing that would work best with the specific brand. 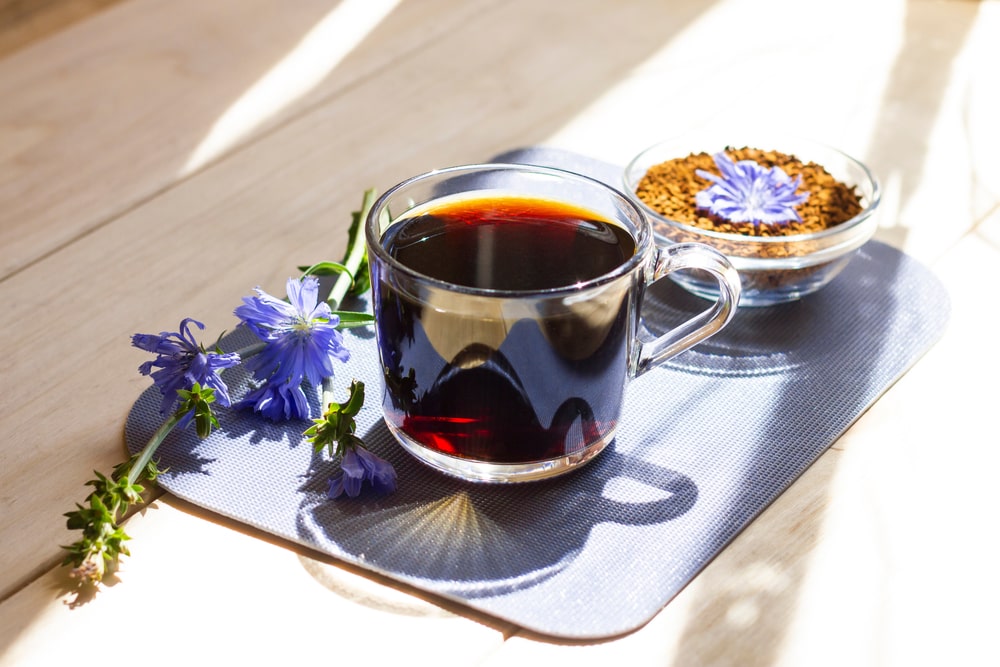 Chicory is a popular coffee substitute because the flavors of the roasted roots resemble some coffee flavors. If you’re a fan of coffee with earthy and woody flavor notes, you might really enjoy chicory coffee.

Chicory roots are naturally bitter and earthy, but baking, roasting, or boiling the roots can take away a lot of that bitterness.

When roasted, chicory roots may have woody, nutty, earthy, and toasted flavors. This flavor profile resembles Robusta beans more so than Arabica varieties. You can mix in your favorite coffee beans to help enhance the chicory flavors.

One of the biggest reasons chicory has stuck around as a coffee alternative is because of its health benefits.

More research still needs to be done specifically on the health benefits of chicory coffee. However, different parts of the plant have been known to provide an abundance of helpful nutrients.

Perhaps the most common reason chicory is used as a substitute or added into coffee is the lack of caffeine. Chicory does not contain any caffeine. This can be very beneficial for anyone looking to reduce their caffeine intake.

There is about 95 mg of caffeine in a regular cup of coffee, depending on the types of beans. Using chicory to cut out caffeine may reduce common side effects of coffee, such as anxiety, nausea, upset stomach, or jitters.

Even if you don’t want to completely do away with caffeine, mixing ground chicory with regular coffee can still help limit the amount of caffeine in a cup.

Other commons benefits of chicory coffee may include:

Much of the health benefits of chicory root lie within the prebiotic fiber of inulin. Most research relating to chicory has been focused on inulin, rather than chicory itself.

There are some studies that have shown that roasted chicory extract has improved bowel movements and gut health. If regular coffee gives you an upset stomach, chicory coffee may be a great alternative.

It is believed that inulin may also help regulate blood sugar levels, but research on this is very limited.

Although chicory root has some great benefits, it’s important to not consume too much inulin as overconsumption of dietary fiber could lead to digestive issues.

Individuals who are allergic to the Asteraceae plant family may have an allergic reaction to chicory root. Worldwide Botanicals specializes in herbal coffee and tea products. Their chicory is sourced from smallholder farms in India and France. Their French Chicory is produced on a small family-owned farm located in Northern France.

This chicory blend is an all-purpose filter grind, which can be used for drip coffee, french press, or espresso. It is an organic dark roast, so using it as an espresso grind can make it a bit powerful.

Due to the darker roast, it does have a slightly bitter aftertaste. It is acid-free and does not contain any caffeine.

It can be used to mix in with your favorite coffee or be enjoyed by itself for a smooth and dark chicory coffee.

Established in 1862, Café Du Monde popped up in the New Orleans French Market more than a century ago in 1862. Since then, a traditional coffee and chicory blend has been served.

This chicory blend does contain coffee, so there is a little caffeine in it. It is a rich dark roast that has been served at the shop since the time chicory and coffee in Louisiana became popular.

Even though it’s dark, the roast does not overpower the flavor too much. French Market’s Coffee and Chicory is a blend of roasted chicory root and Arabica coffee beans. It is a medium-dark roast, but there is a dark roast is also sold by this brand.

The chicory is imported from France. Together the chicory and coffee create a bold and caramelized sweetness.

This might be a great option if you’re looking for a good blend of Arabica coffee and chicory that’s economical. Anthony’s Instant Chicory Root might be great if you’re looking for an instant coffee substitute. The chicory is ground into a fine powder so it’s easy to combine in hot water or milk. You can also use cold water if you prefer.

This chicory coffee has no caffeine or coffee blended into it. It isn’t as strong as regular instant coffee, but it does taste similar to coffee. It has a somewhat nutty flavor. Teeccino Chicory Vanilla Nut is an herbal coffee alternative made with organic carob, barley, and chicory. It also contains vanilla nut extract and flavoring with hints of sweet dates and figs.

If you’re not a fan of darker roasts, this chicory herbal coffee may be a good option. There is no caffeine in this chicory blend.

It is a medium roast and has a slightly sweet and nutty flavor. It’s an all-purpose grind, so you can use your preferred brewing method for this chicory coffee.

Though more research is needed, chicory root is believed to have several health benefits, such as:

Chicory coffee may also be a great alternative if you’re sensitive to acidic coffee.

If you’re not sure which chicory coffee brands to try, we suggest starting with Café Du Monde Coffee and Chicory. This is a traditional-style chicory coffee blend that has been around for over a century.

It has a rich flavor, but the darker roast doesn’t overpower it. This option may be ideal if you want to try chicory in coffee, but not part ways with coffee altogether. 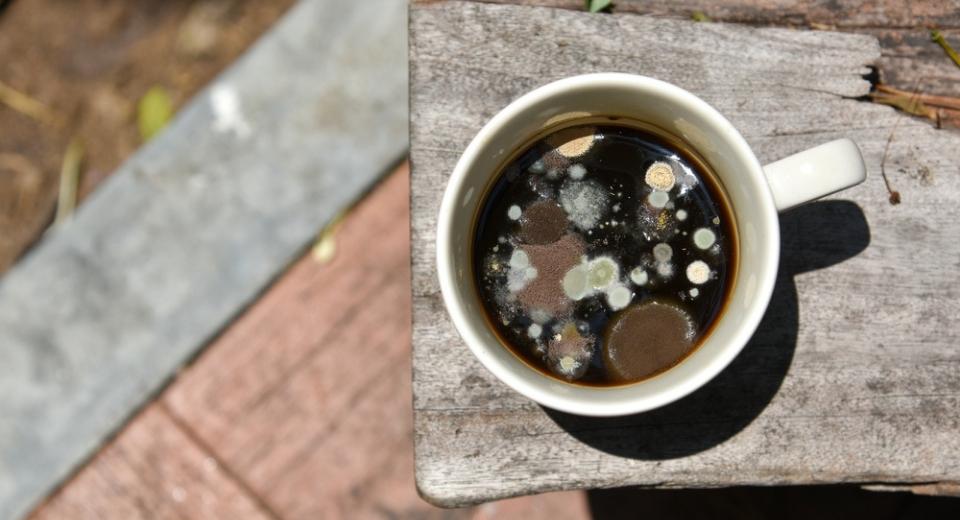 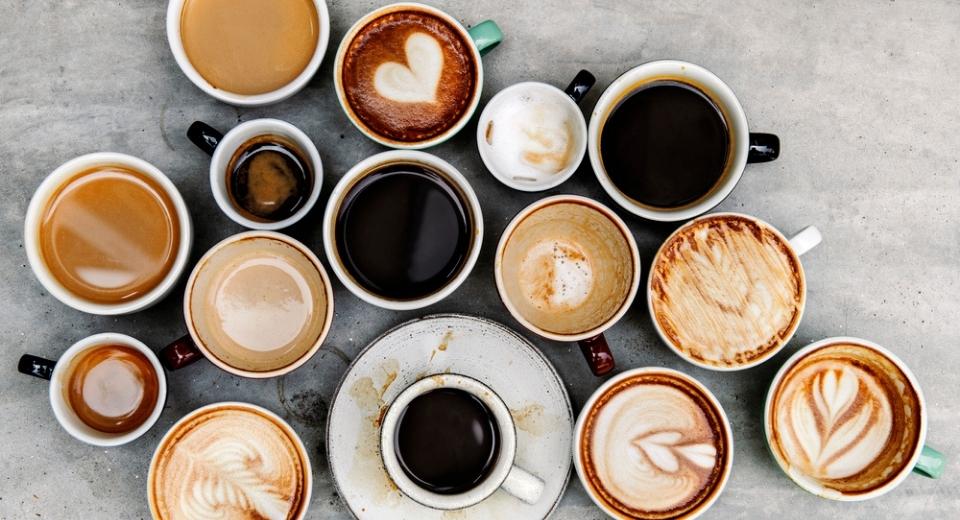