Looking for an updated Dom Perignon price guide? Miller High Life has the tagline “The Champagne of Beers” due to both its high carbonation and its sense of style. This leads to the obvious question of what Champagne is the Champagne of Champagne?

That question has a simple answer: Dom Pérignon. While all champagne has bubbles there is only one brand that rises to the very top.

If you quiz the general public to name an expensive luxury Champagne 99 times out of 100 they will respond with the name Dom Pérignon. The other one is most likely a wiseacre who responded with Miller High Life.

There’s a reason Dom Pérignon is so well known and respected. It is a vintage line of luxury Champagne that has an air of mystique. Dom Pérignon backs up that image with high quality and exquisite taste.

A Brief History of Dom Pérignon 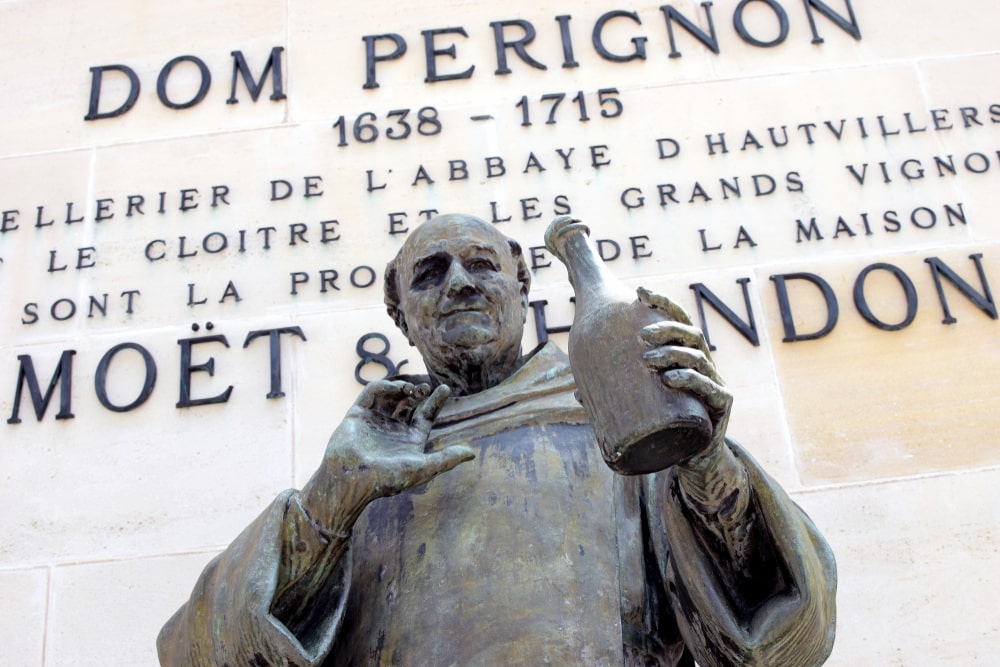 Even though the Champagne was produced in 1921 this first vintage of Dom Pérignon wasn’t released for sale until 1936 due to the aging process.

Dom Pérignon has been releasing Champagne ever since with the most recent vintage being the 2012 Vintage.

Even though 1921 is over one hundred years ago the history of Dom Pérignon and Champagne goes back much further.

Winemaking in France had already been happening for centuries when a trailblazing Benedictine monk named Dom Pérignon came along and took the beverage to the next level.

Around 1670 he perfected techniques across the board from how he blended grapes, finding the proper time to bottle, and using corks to enhance freshness.

Dom Pérignon didn’t find the company which is now owned by Moët Hennessy Louis Vuitton but he is certainly a worthy namesake. Dom Pérignon is a vintage Champangne.

What does that all mean exactly? The word vintage can be thrown around generally to designate a year something was released but when it comes to Champagne it has a more specific meaning.

Vintage means that all the Champagne produced in that vintage is from that year’s harvest of grapes. Speaking of grapes, Dom Pérignon is made exclusively with a blend of Pinot Noir and Chardonnay grapes.

Although the proportions of each grape will change by vintage they are all composed of those two types. There are two main techniques for making sparkling wine of Champagne.

This method is more costly and time-consuming so it is more common for higher-priced Champagne-like Dom Pérignon. The other main method for producing Champagne is called the Charmat or tank method.

The significant difference here is that the wine is fermented in large tanks before being bottled individually. 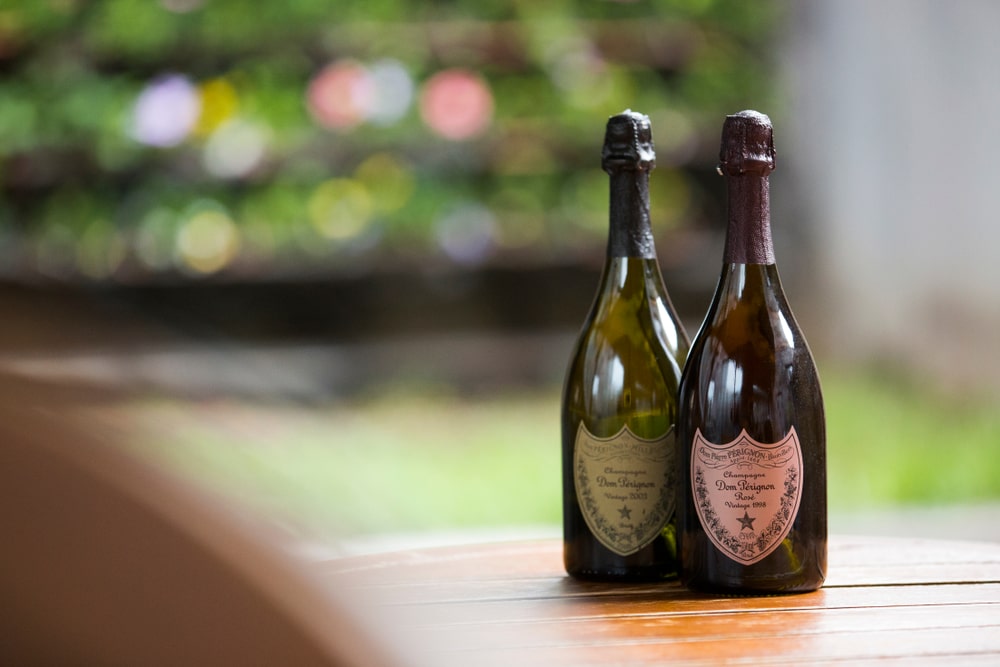 Dom Pérignon’s three main product lines are the Vintage Series, Rosé, and  Plénitude 2. As Dom Pérignon is a vintage Champagne it isn’t produced every year.

Dom Pérignon is only made when the grapes are deemed strong enough to move forward. With few exceptions, the older and more rare the vintage the pricier a bottle will be. 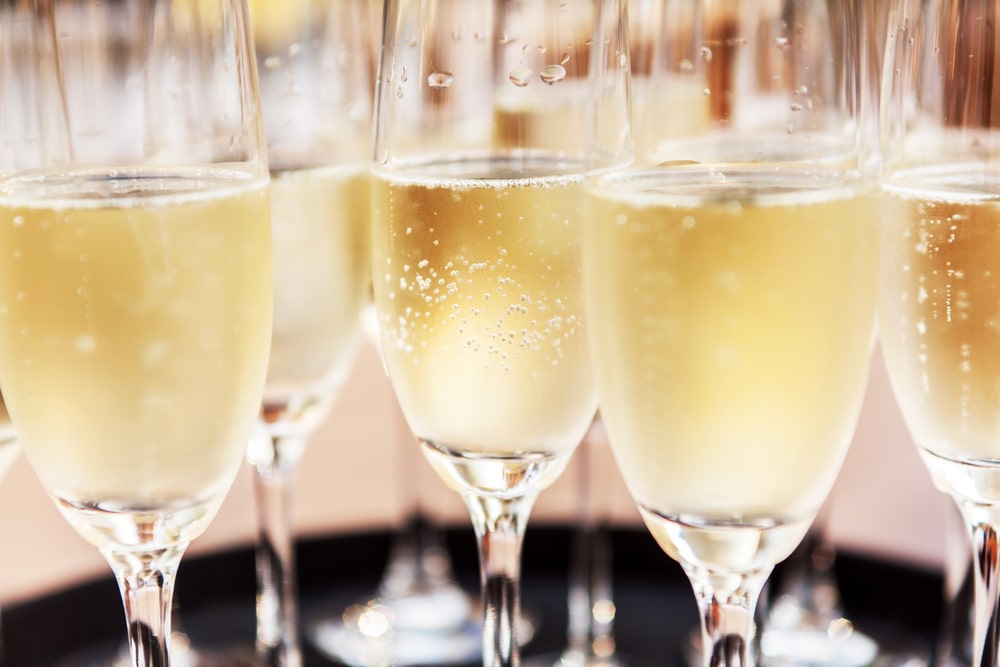 In many ways, Dom Pérignon stands on its own in the upper echelon of fine Champagnes. The history, the quality, and the prestige can’t be matched.

Cristal, made by Louis Roederer, is considered the next up when talking about expensive luxury Champagne. It has a similar very high price point and is well regarded for its taste as well.

Wine & Spirits Magazine gave Cristal a 100-point score in 2002. Veuve Clicquot Champagne is another Champagne house that has a long storied history. While still expensive, around $70 a bottle, Veuve Clicquot is more widely available than Dom Pérignon.

For a fine Champagne that is also very popular and not as expensive as Dom Pérignon, you can look inside the same company that owns Dom Pérignon.

Moët et Chandon Imperial Brut is highly rated and about a quarter of the price of Dom Pérignon.

How to Drink Dom Pérignon 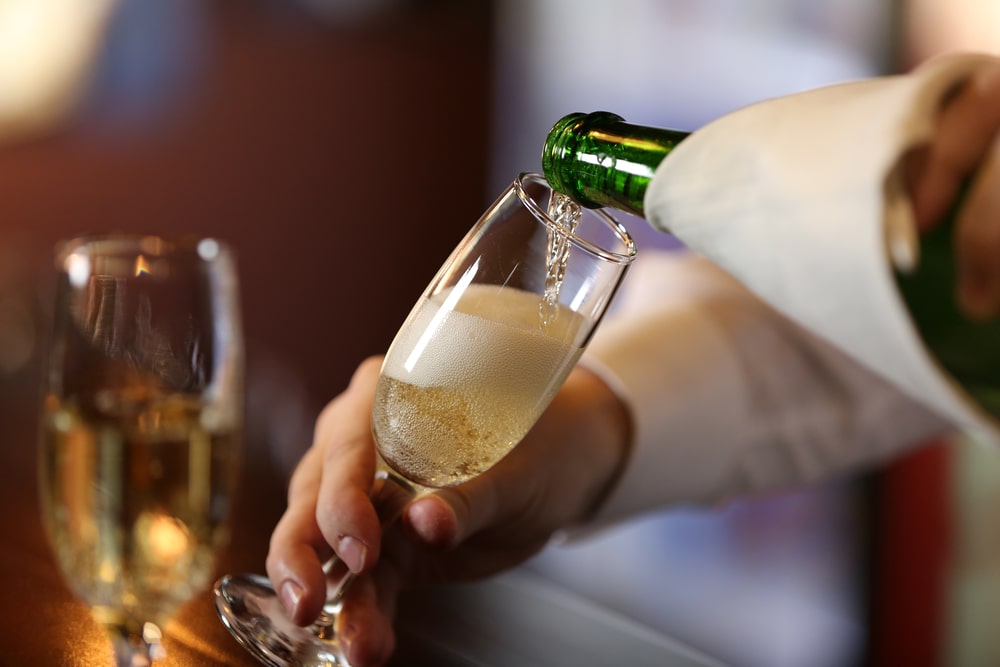 If you’re going to drop a few dollars on a nice bottle of Champagne-like Dom Pérignon you want to take all the appropriate steps to enjoy it properly. This includes how it’s stored, what you drink it in, and what temperature it is.

If possible Dom Pérignon should be stored in a dark place like a wine cellar (kept between 45 and 65 degrees Fahrenheit). If you don’t plan on aging for a long time a refrigerator is acceptable.

When ready to serve open the bottle and immediately pour it into a stem glass or flute to preserve the bubbles.

1. Why does Dom Pérignon cost so much?

Dom Pérignon is a luxury brand of Champagne. As such they only use the best grapes and mature for many years before a bottle can be sold.

Add this to the fact that the name Dom Pérignon is synonymous with opulence and you have yourself a costly beverage.

Yes! Dom Pérignon Is gluten free. Wine is well known as being a gluten free beverage but there are additional questions out there about Champagne or sparkling wine due to the bubbles.

Not to worry because the bubbles are created from naturally occurring yeast and not yeast that contains gluten.

Unopened Vintage Champagne can stay at its peak drinkability for five to ten years. It can even gain some flavor and character with some age.

Once it gets older than ten years the probability that the flavor will start to drop off will increase. Even if the flavor changes after too much aging it will still be safe to drink.

Opened Vintage Champagne can last three to five days as long as it is corked and kept cool.

4. What is the difference between Champagne and sparkling wine? 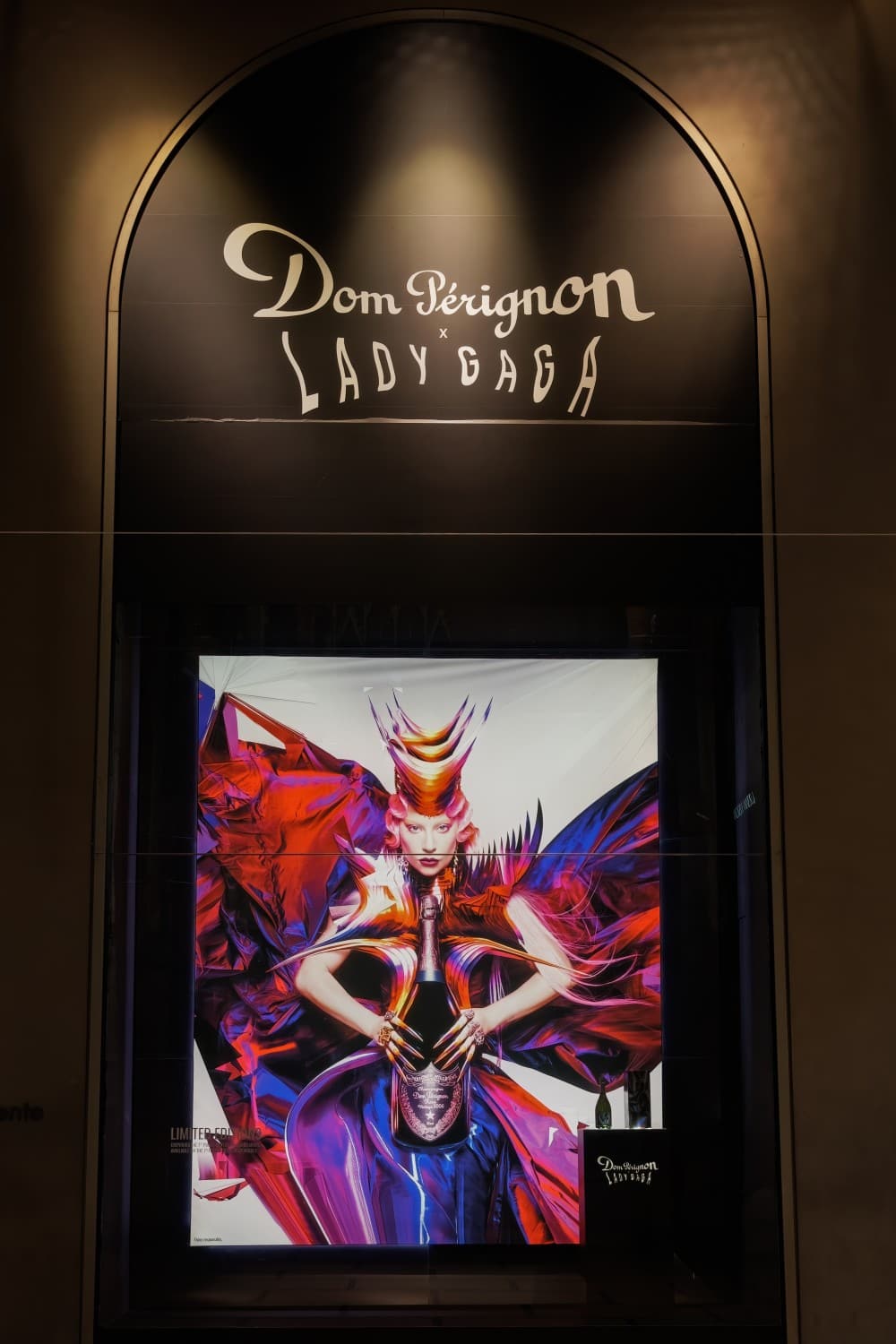 Dom Pérignon the monk is often touted as the inventor of the process of making Champagne.

Although he is a very important figure in the history of sparkling French wine he did not come up with the process of making Champagne –known as the “Traditional Method.”

This method had already been around for almost a century when Dom Pérignon started producing Champagne.

Two of the coolest musicians around have their own editions of vintage Dom Pérignon. None other than Lady Gaga and Lenny Kravitz. Could Dom Pérignon the monk could have imagined this partnership back in 1670? 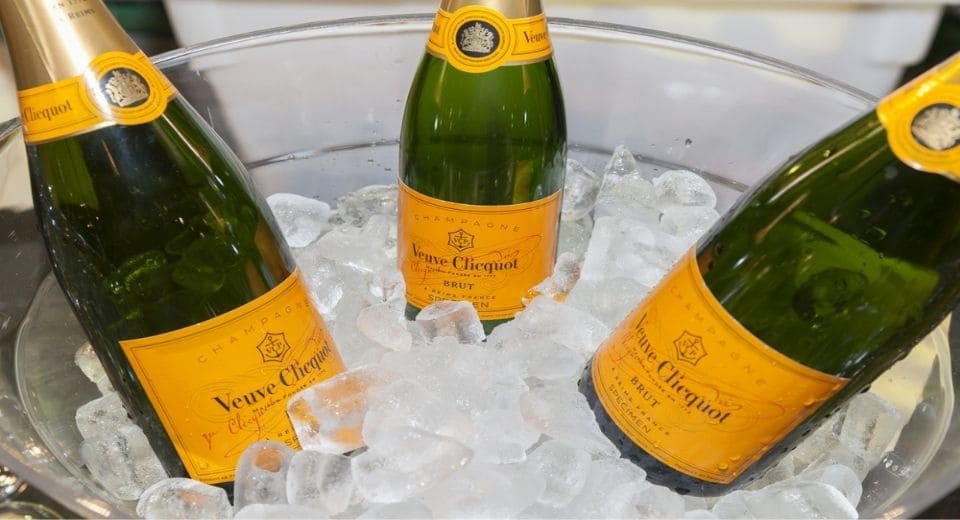 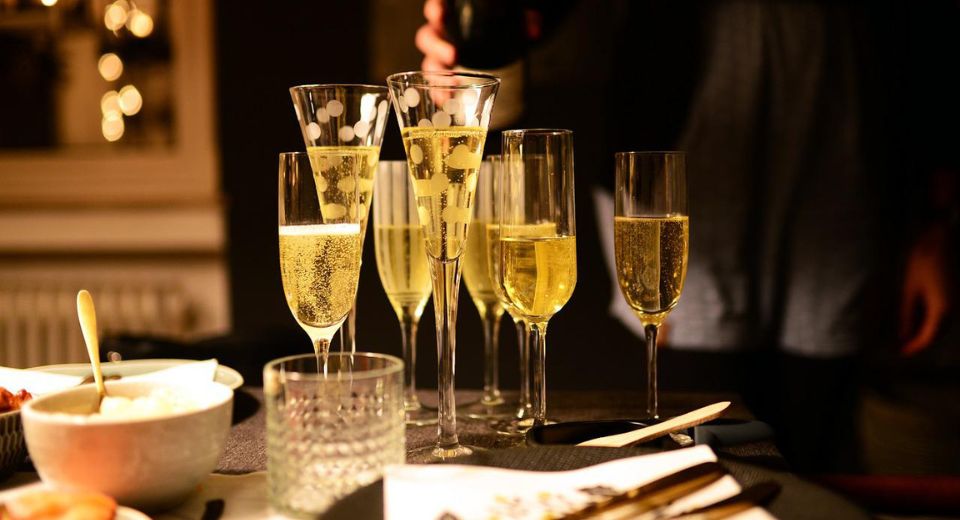 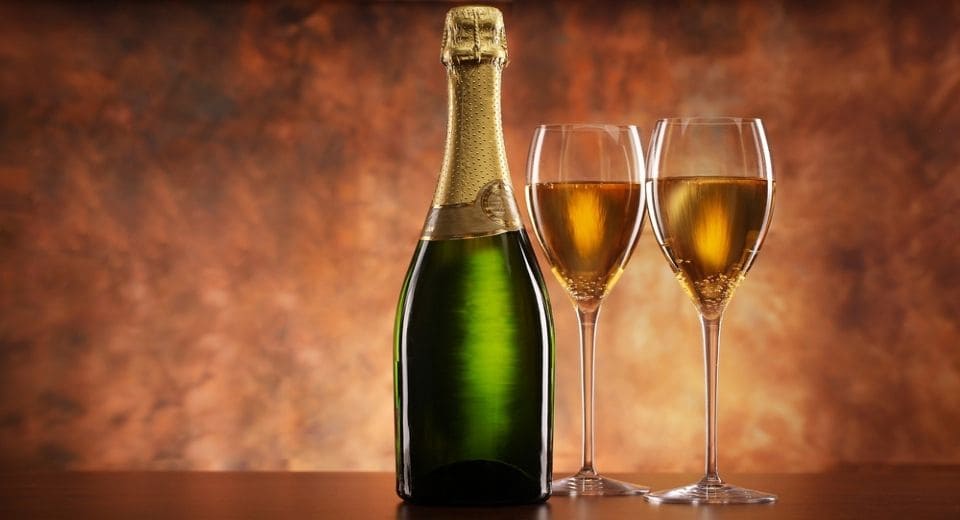 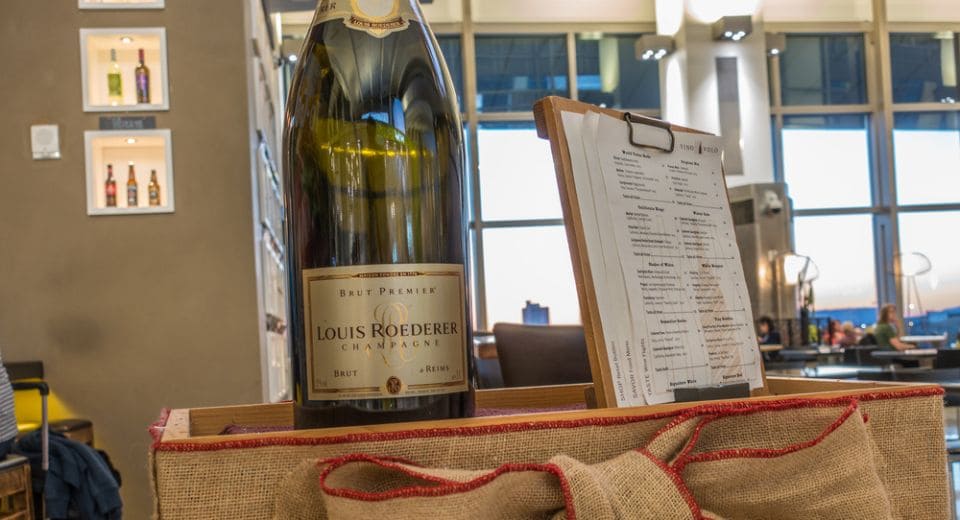 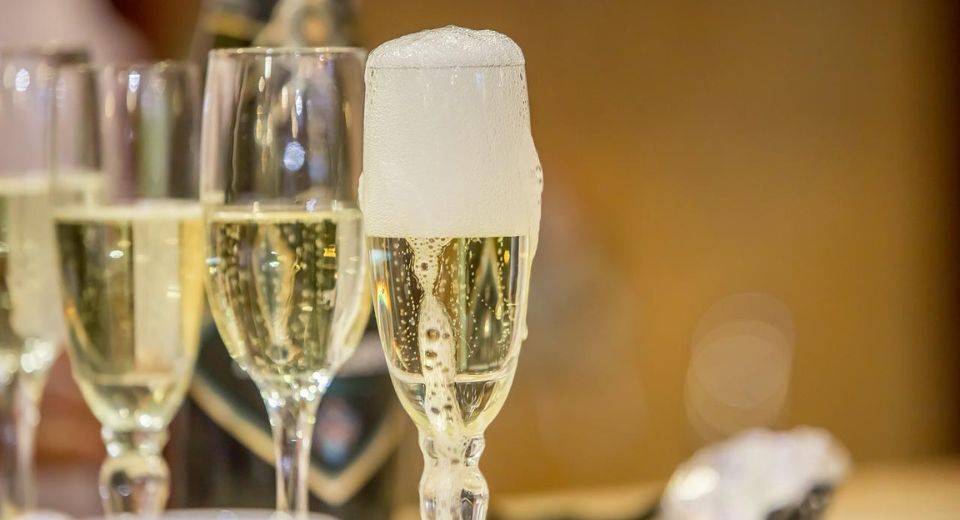 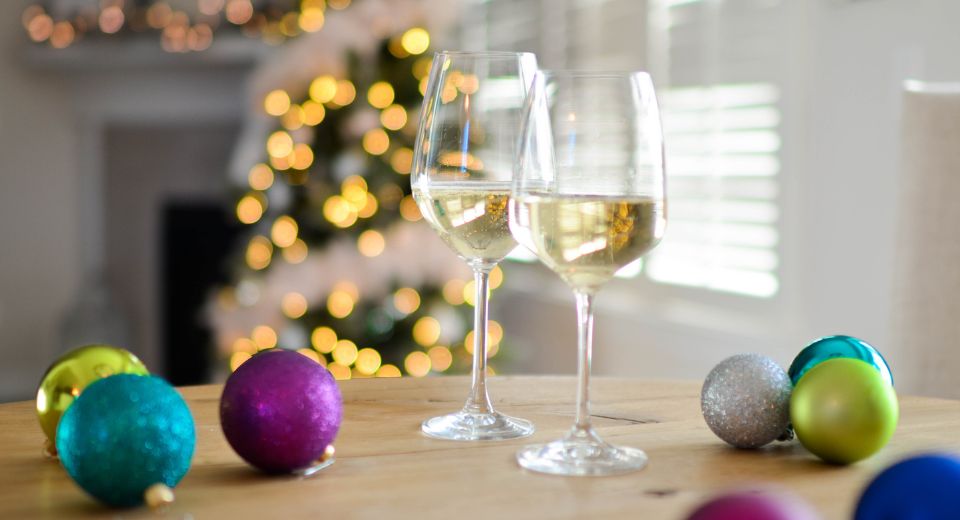